Wedding in the Woods > 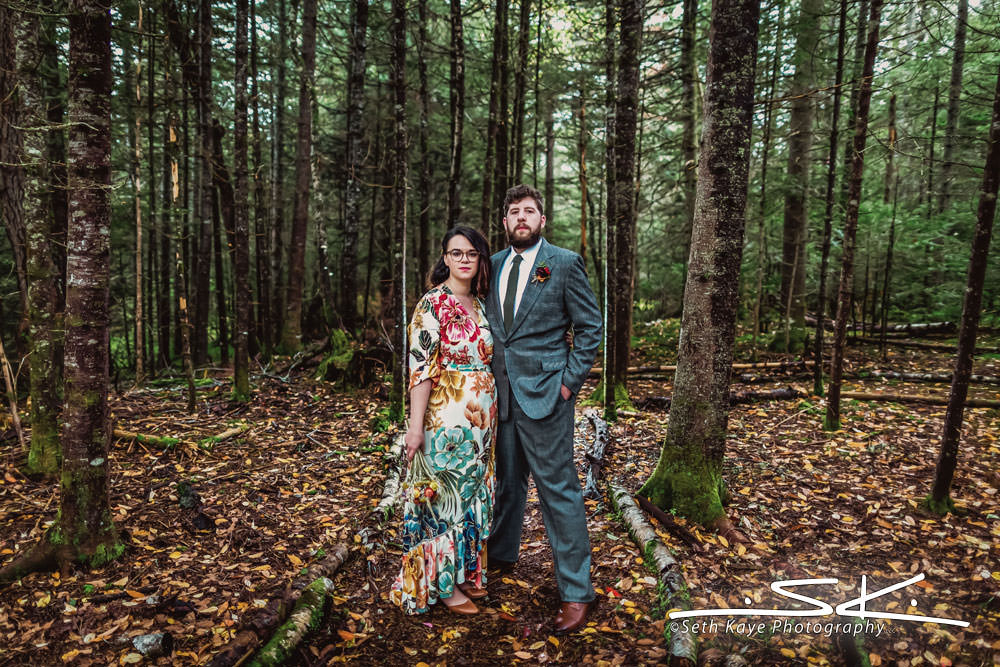 Like many couples this year, Tori and Andrew had to amend their wedding plans due to the pandemic. Their big reception will be next year, but they wanted to still be married this fall, so they planned and hosted a smaller celebration at a cabin in the woods of northern New Hampshire that belongs to Tori’s family.

They both got ready in their own rooms in the cabin, rooms right next to each other, so it was easy to move back and forth between them to photograph each of them preparing for the day ahead. Once they were dressed they joined their gathered family on the edge of the woods in front of an arch made just for the occasion.

After the ceremony and some family portraits we had the opportunity to walk a path in the woods on the cabin’s land to make some photos of just the two of them. Because they had made their own schedule on their own property we felt unrushed as we worked our way down the path, making a couple of detours into the woods where the trees and the light would make for nice scenes in which to place them for portraits.

Once back inside they had a first dance with their family gathered around and they then cut their cake. Well, wedding tiramisu to be more accurate. The tandem bicycle they rode when I’d previously photographed their engagement session made a symbolic appearance as the topper. 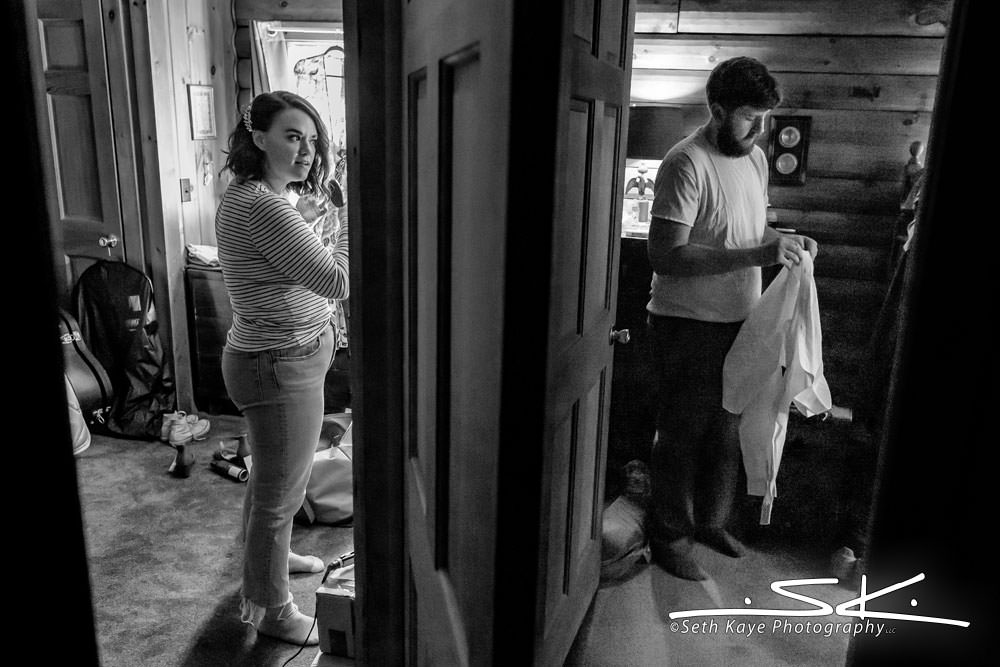 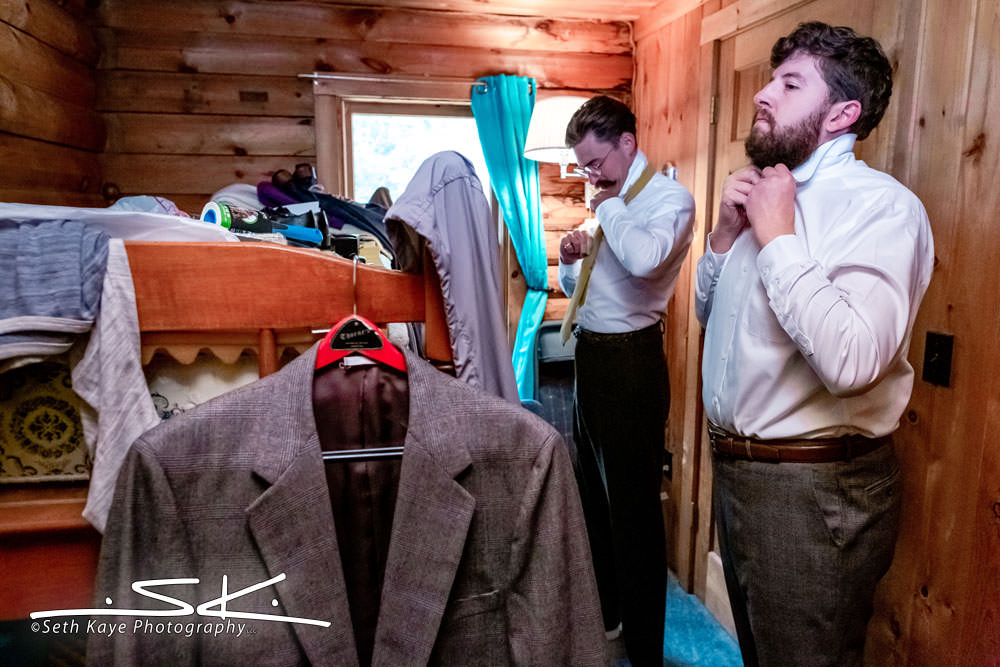 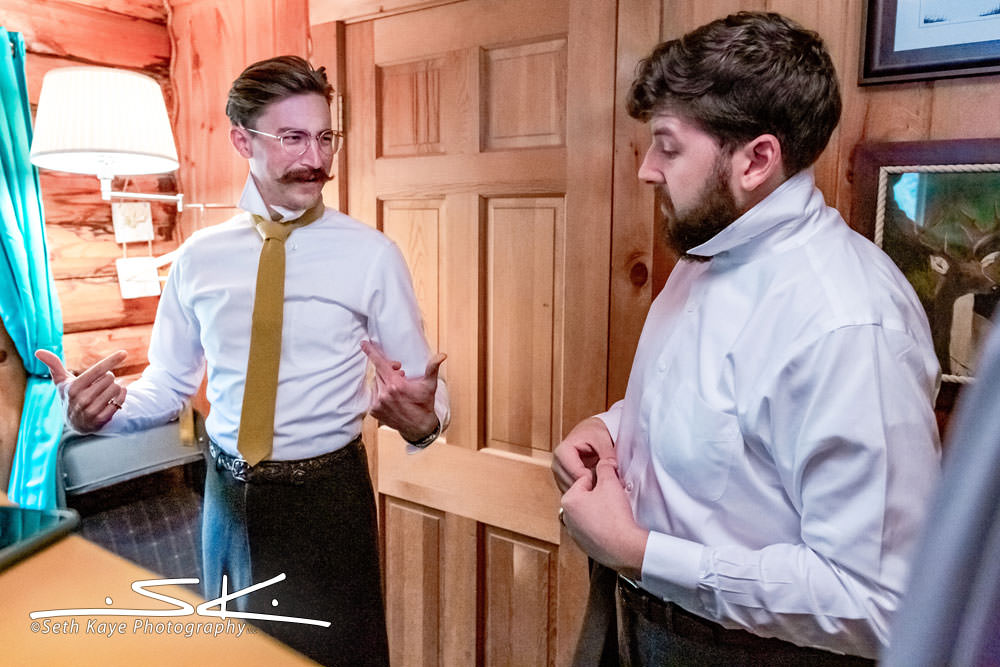 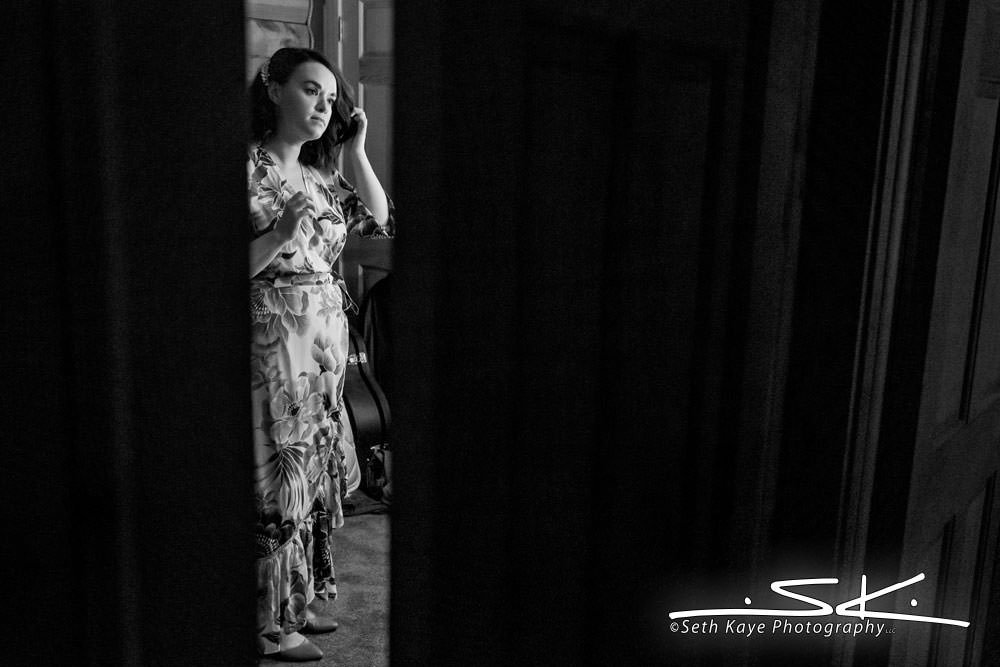 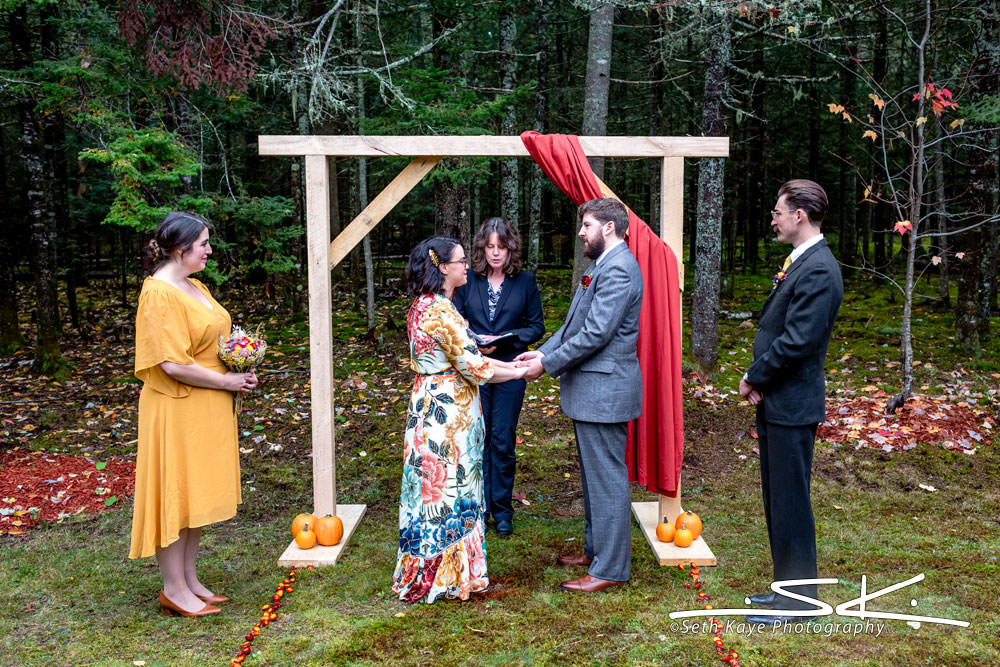 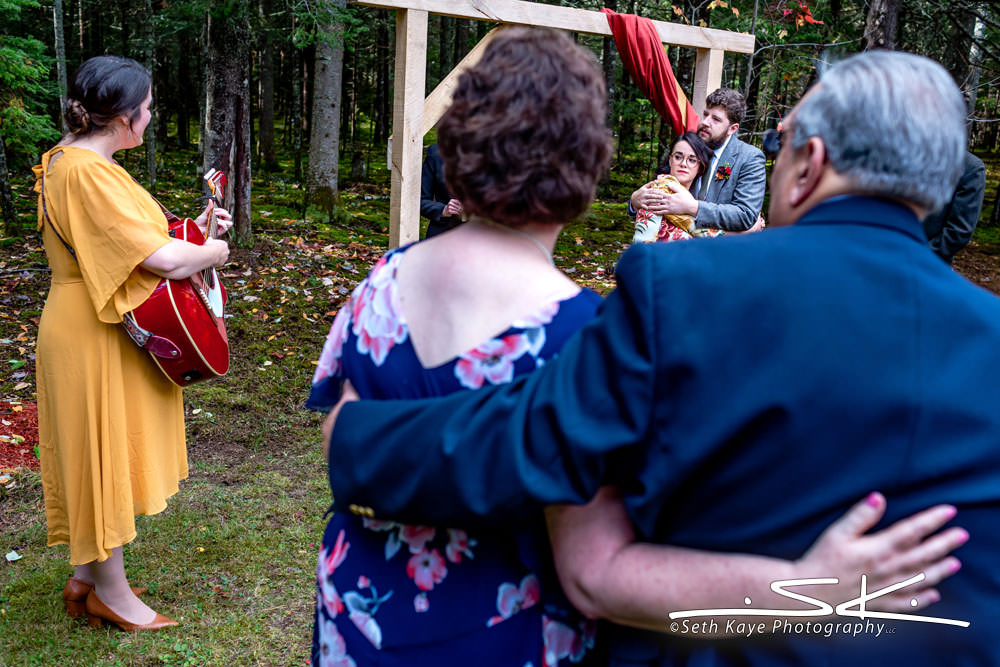 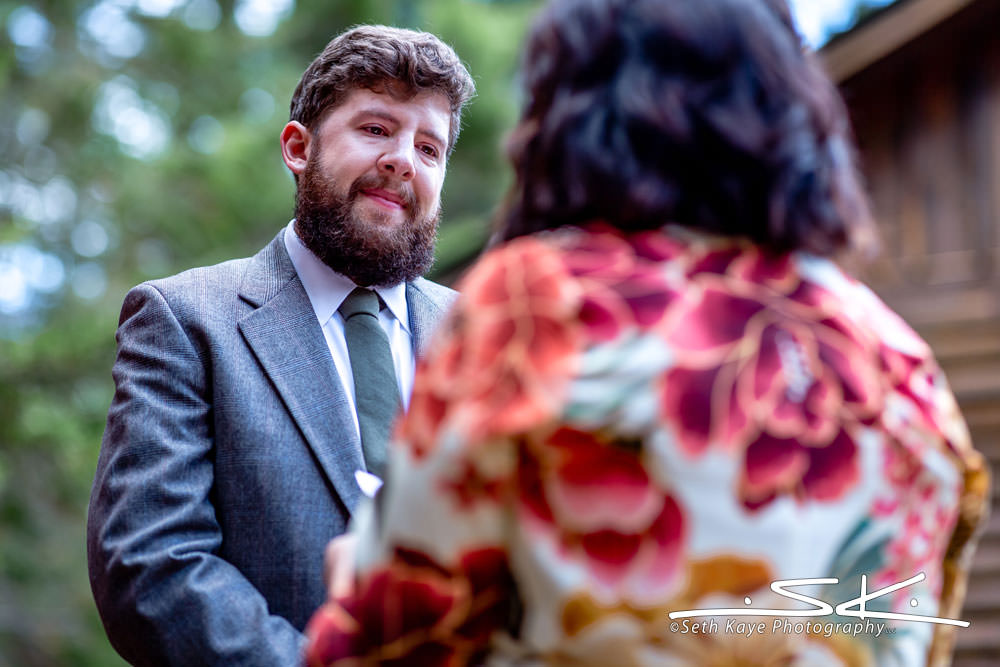 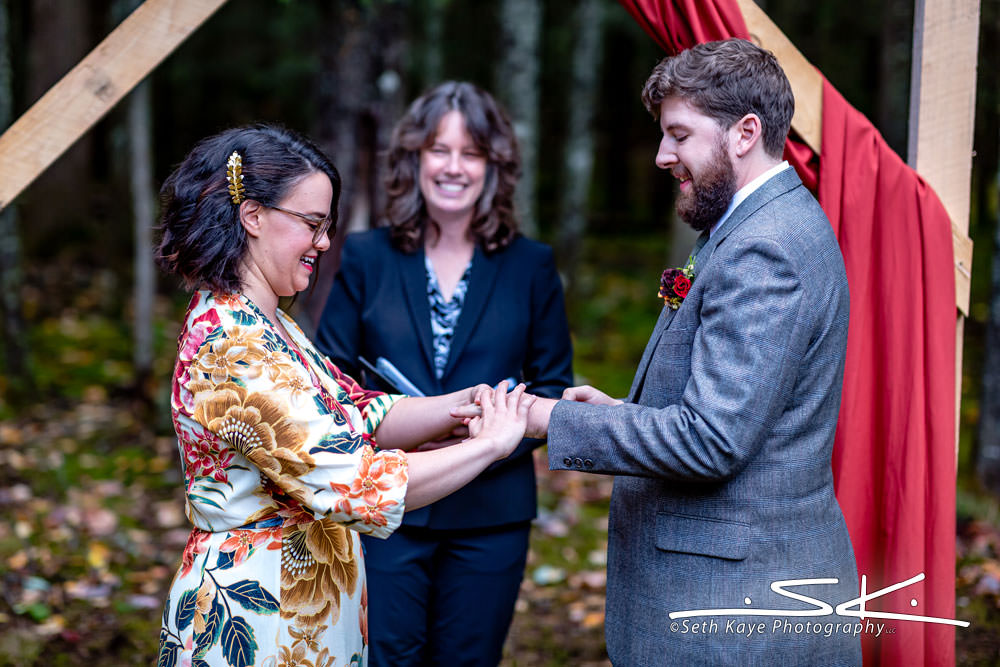 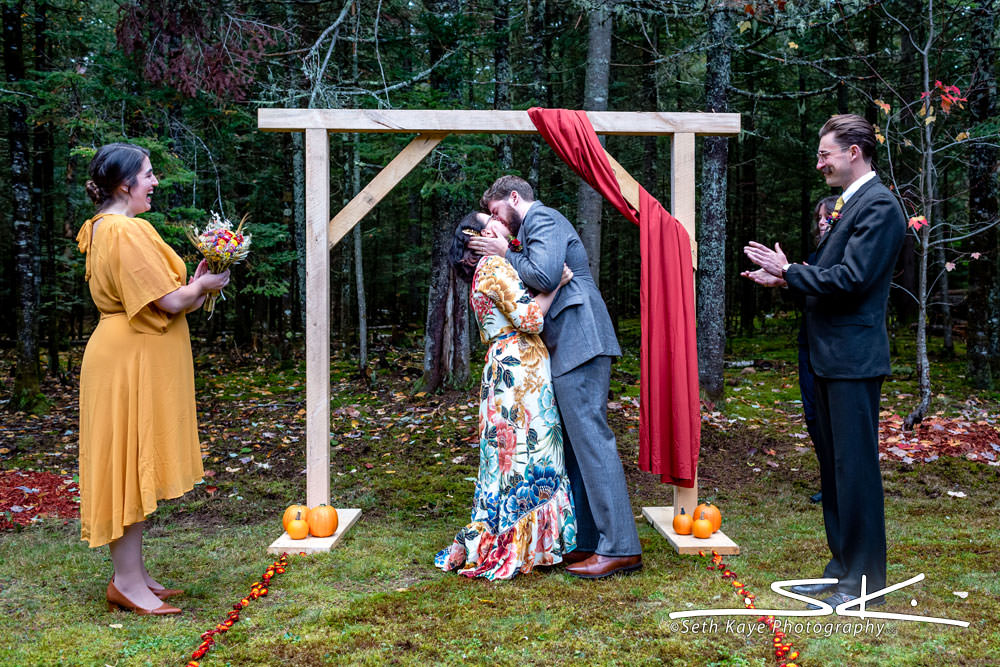 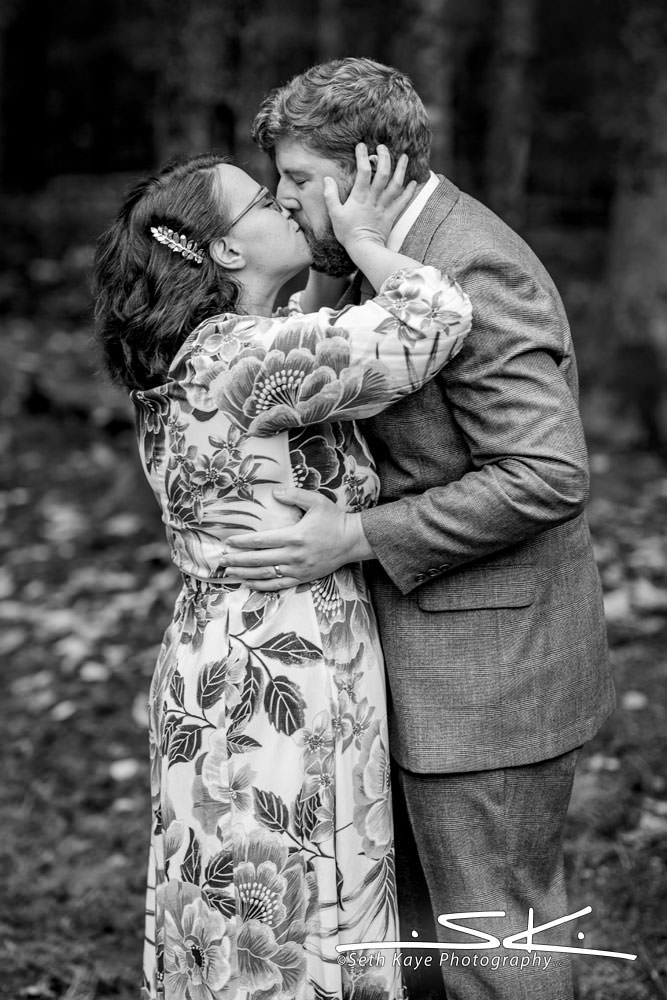 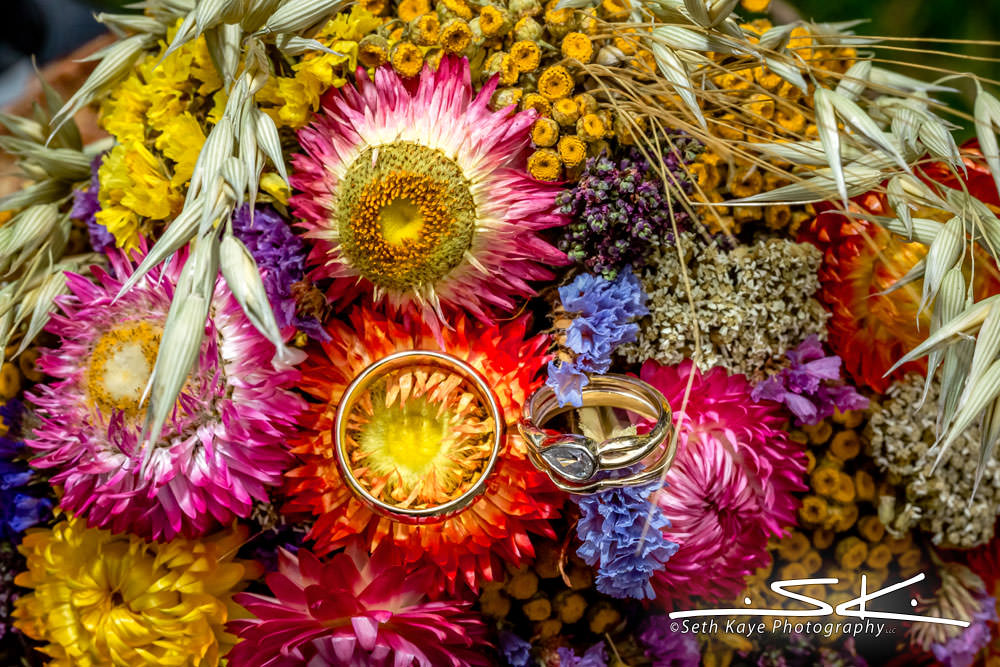 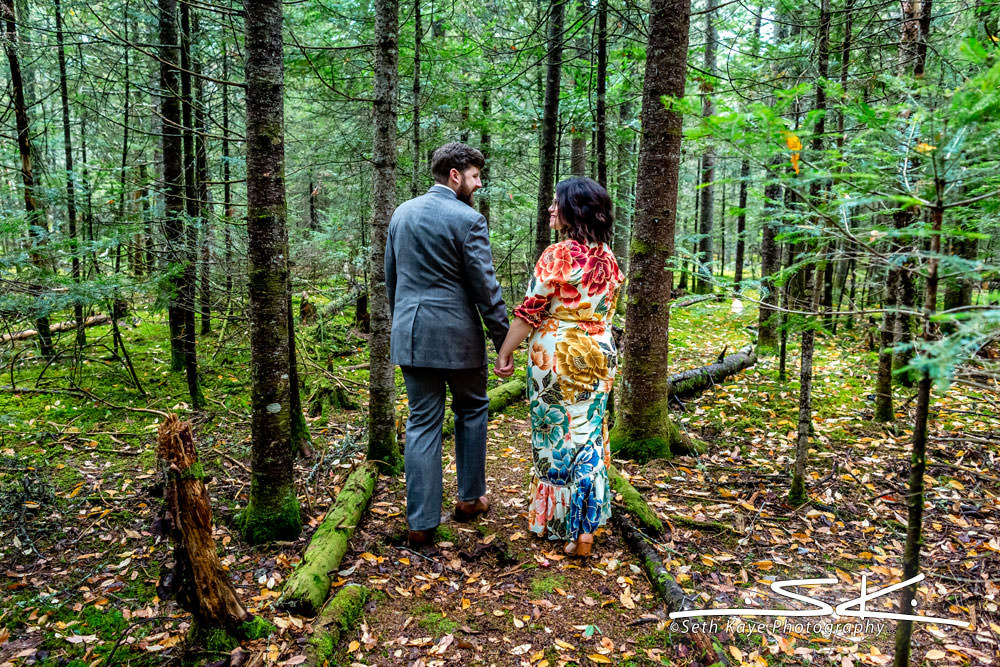 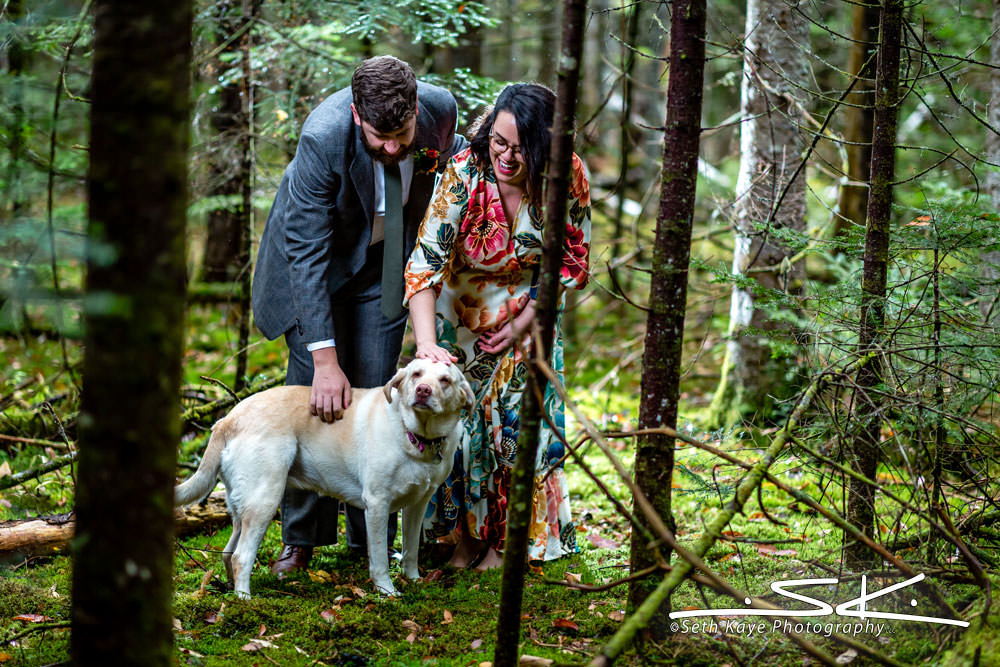 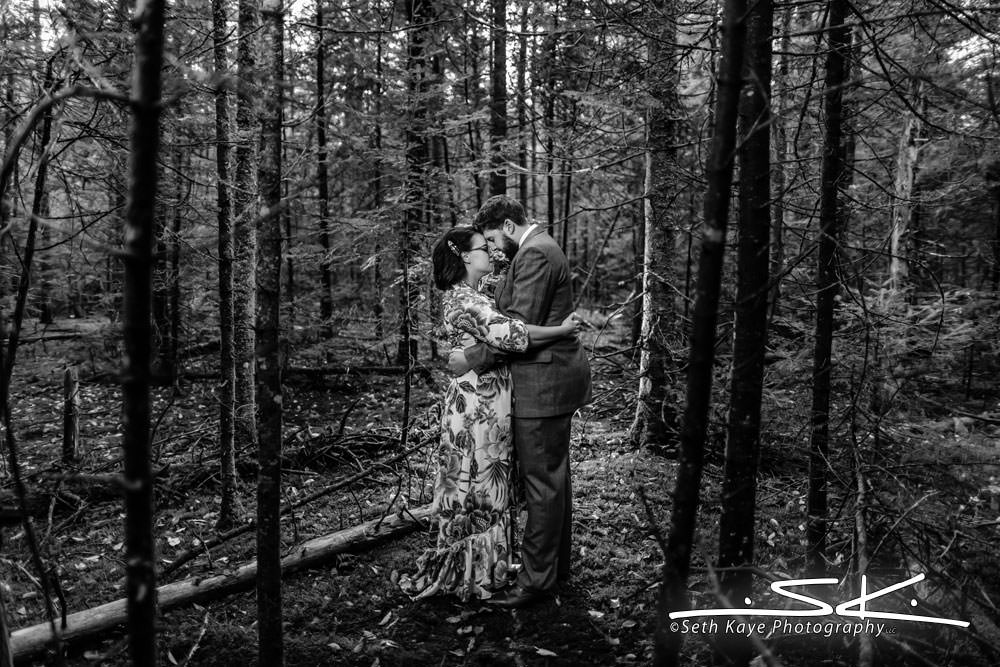 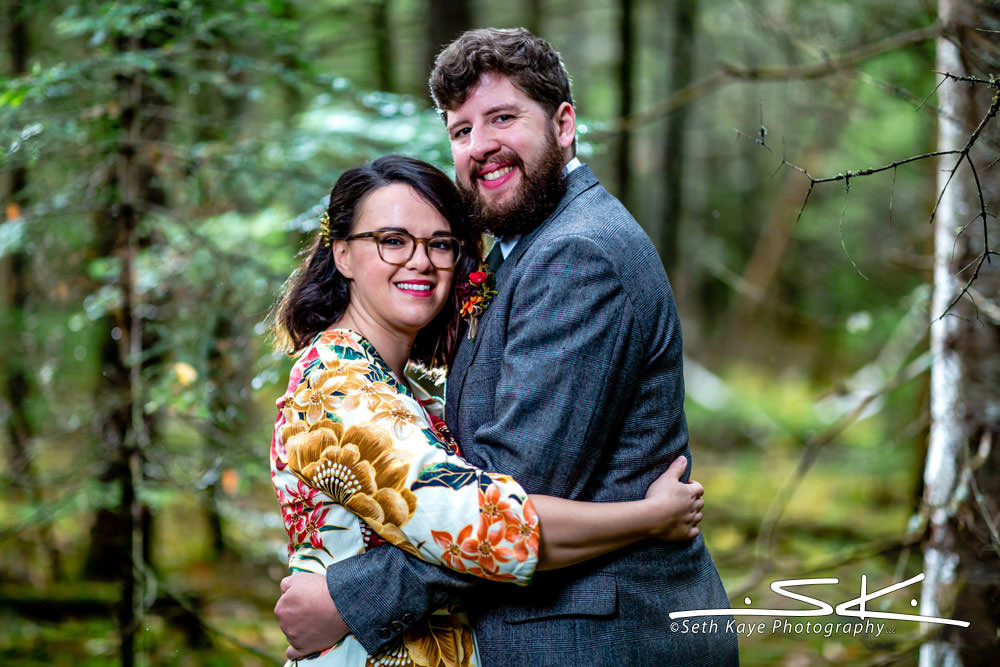 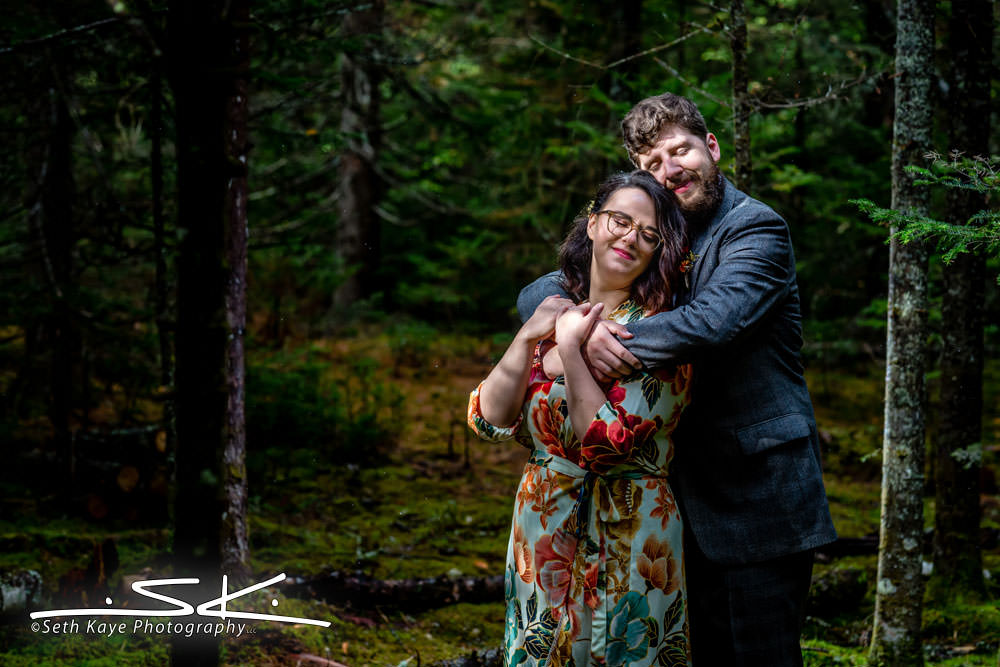 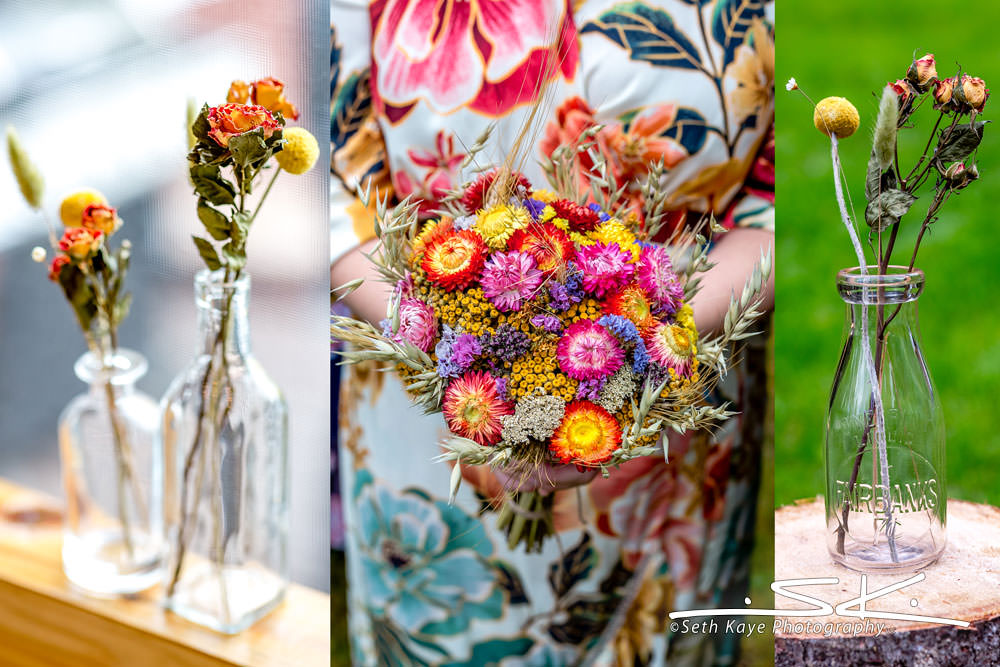 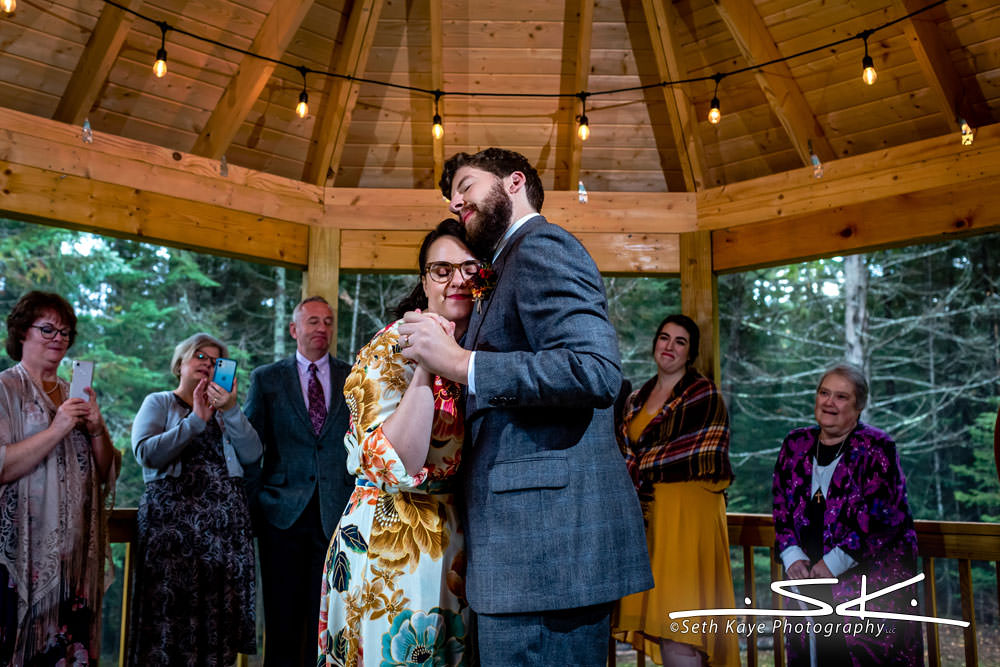 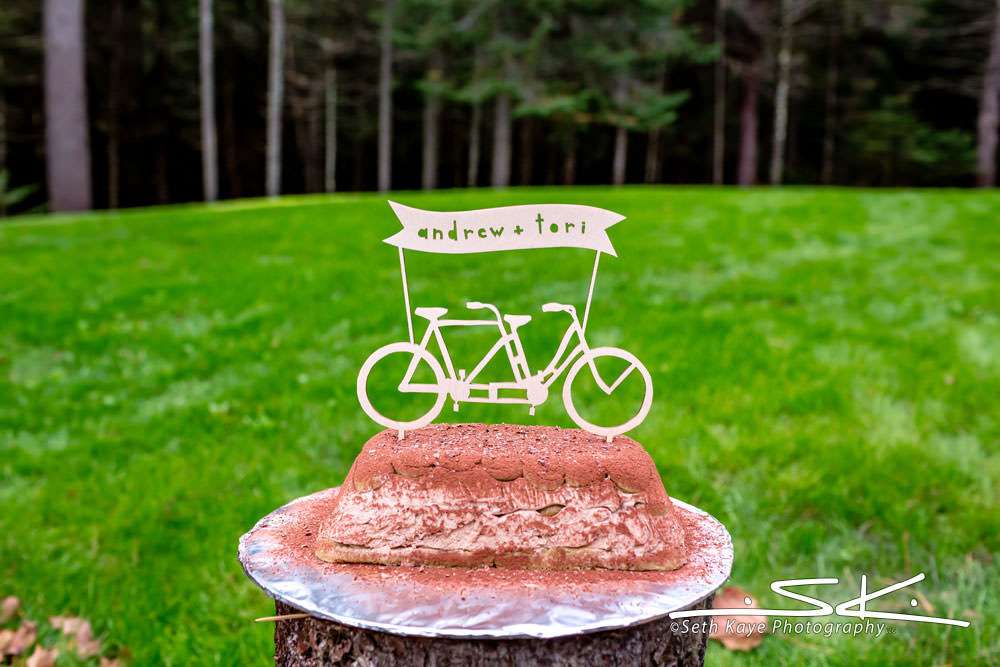 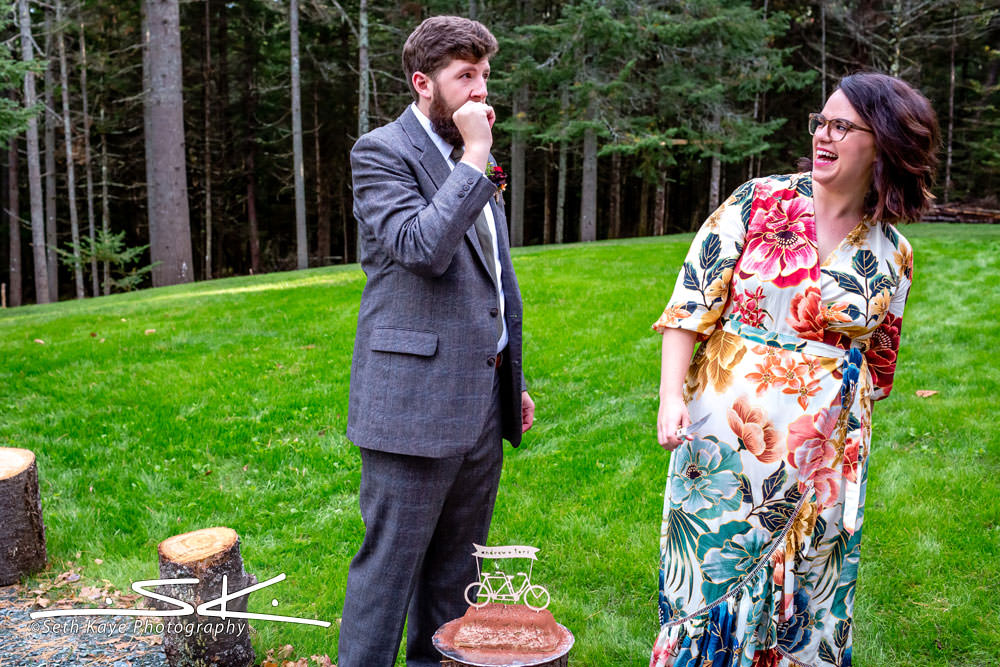 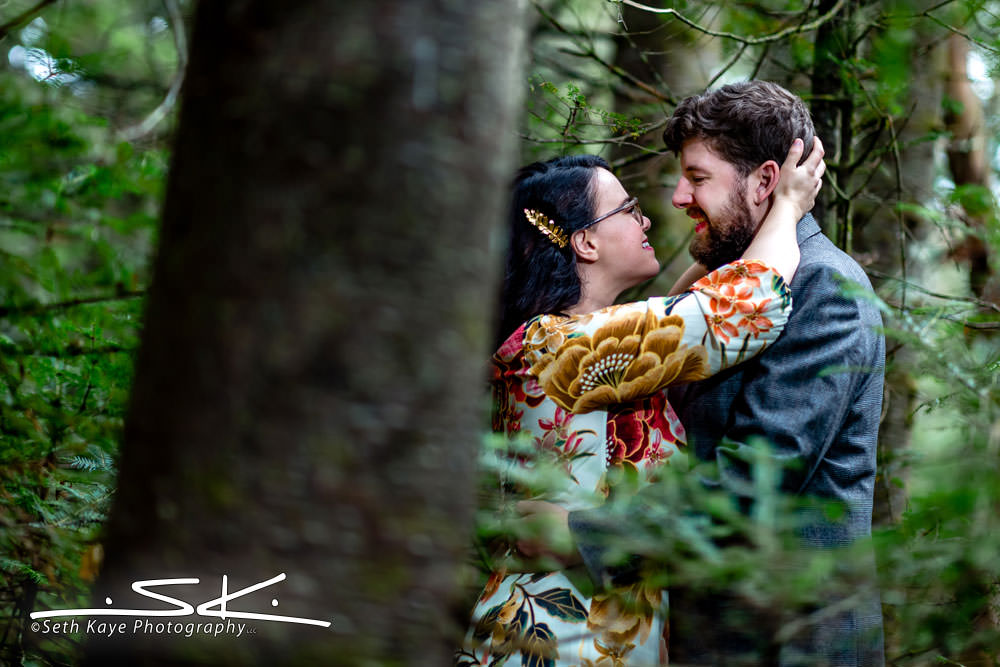