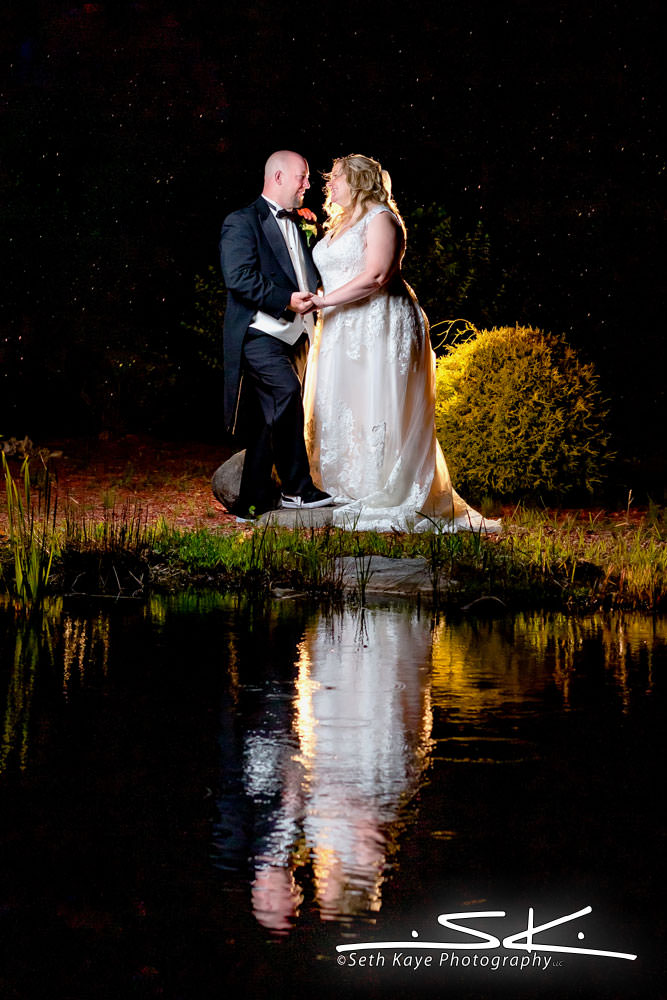 Terri + Dan were married on a warm summer day at Chez Josef. They met at a benefit where she was a volunteer and he was a guest. For years following he would put items into her purse as a joke. One day, to her surprise, one of those items was a ring.

When their wedding day arrived I met up with Terri at Chez Josef where she had planned on getting into her dress for the day ahead. Dan arrived shortly thereafter, and he and his groomsmen waited in an adjoining room for the ceremony to begin. Since they arrived already dressed, they posed for some portraits to pass the time.

During their ceremony, Terri + Dan spent much of it alternately in the moment and trying to make each other laugh by making funny faces at each other, much to the amusement of their wedding party and guests. When the ceremony had concluded we took some time for family portraits as well as some additional portraits of just the two of them outside in the nearby garden. Later in the evening we made our way to Chez Josef’s pond in the front of the venue for a nighttime portrait, finishing that up just as rain began to fall.

Once back inside they were surrounded by friends congratulating them and wishing them well. With parent dances and the anniversary dance out of the way, the remainder of the night was spent talking with friends and finishing up the night with one final dance. 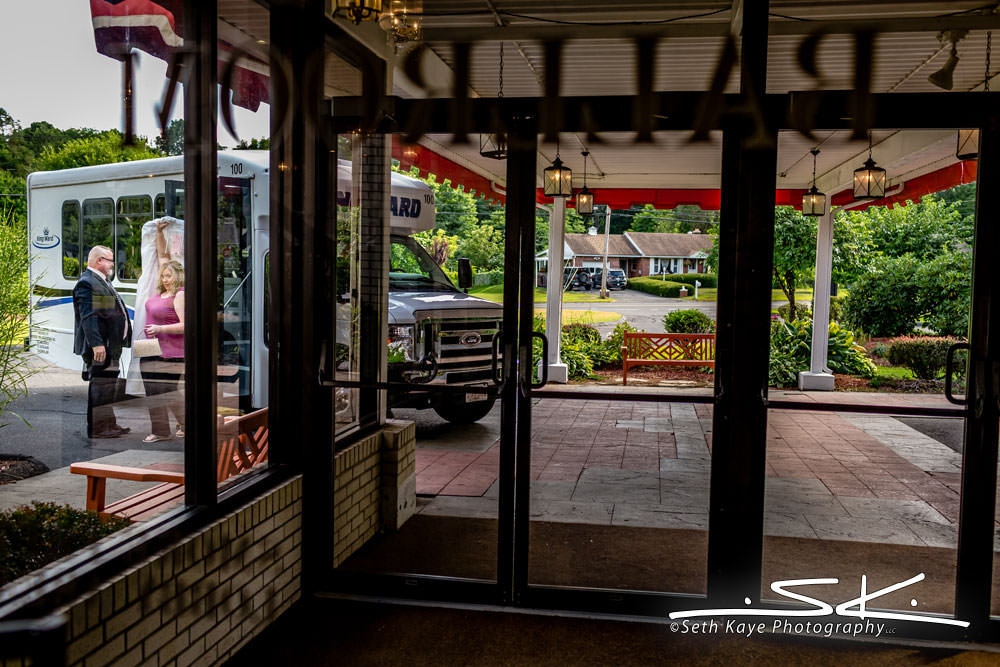 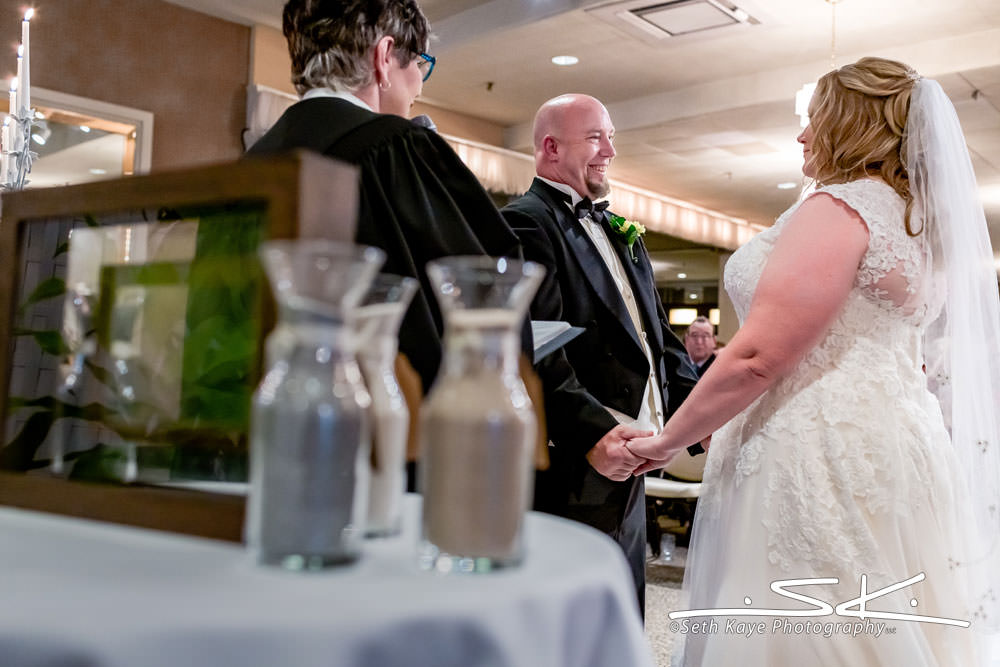 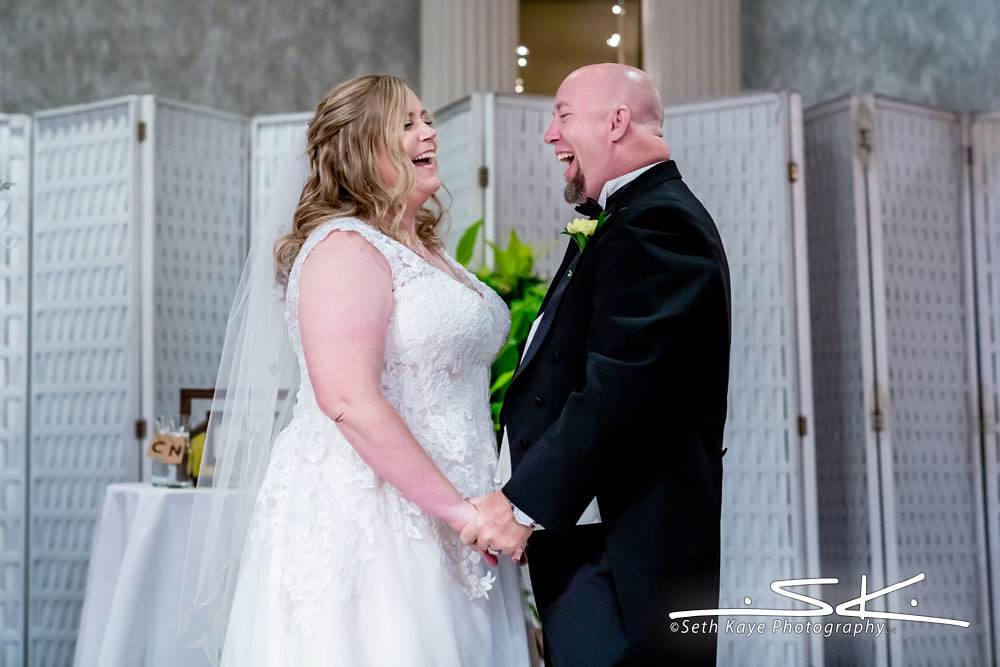 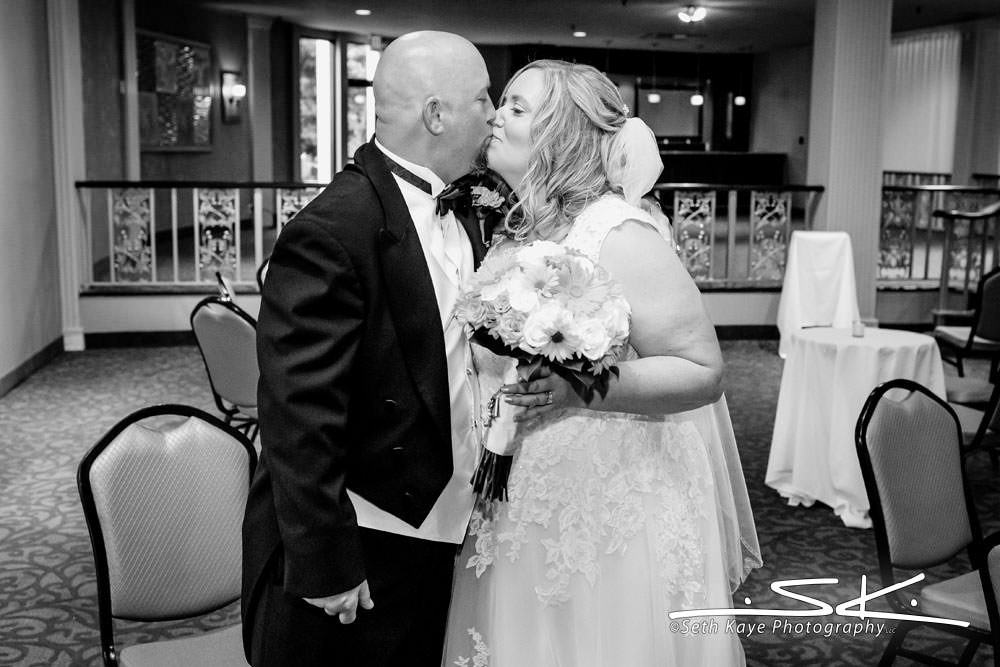 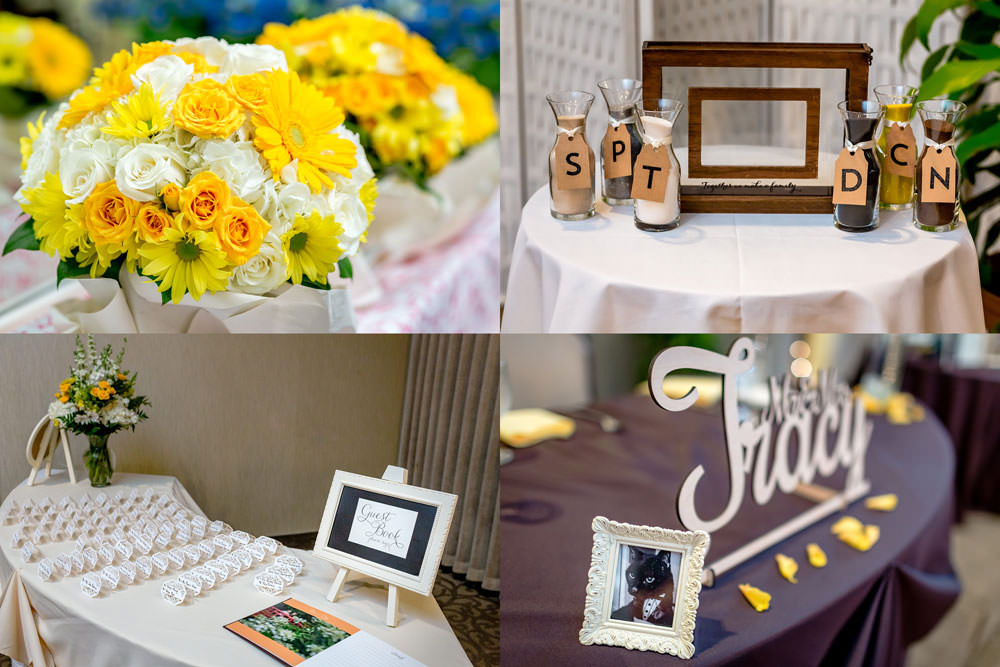 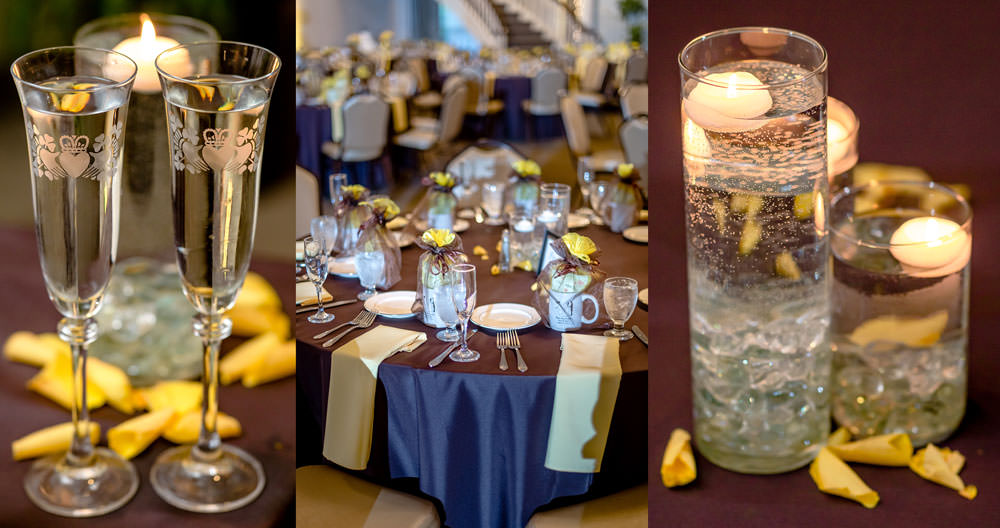 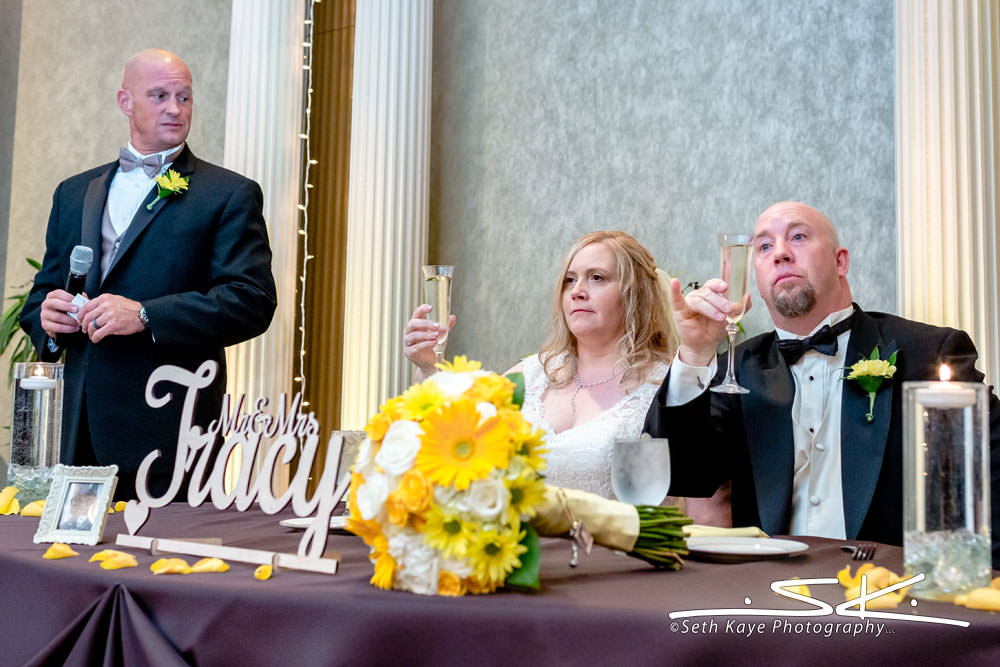 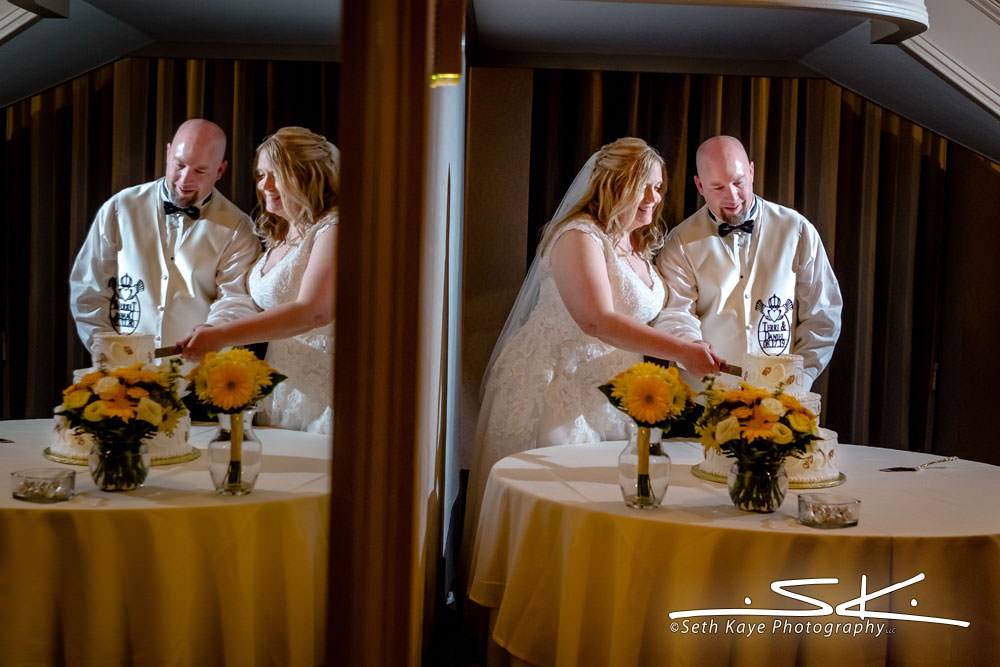 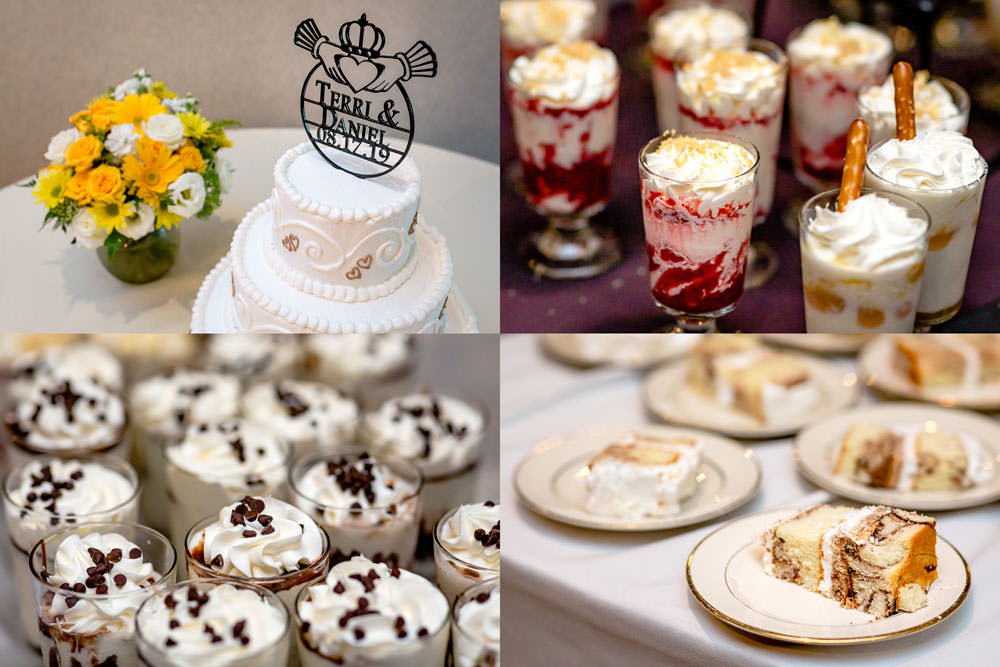 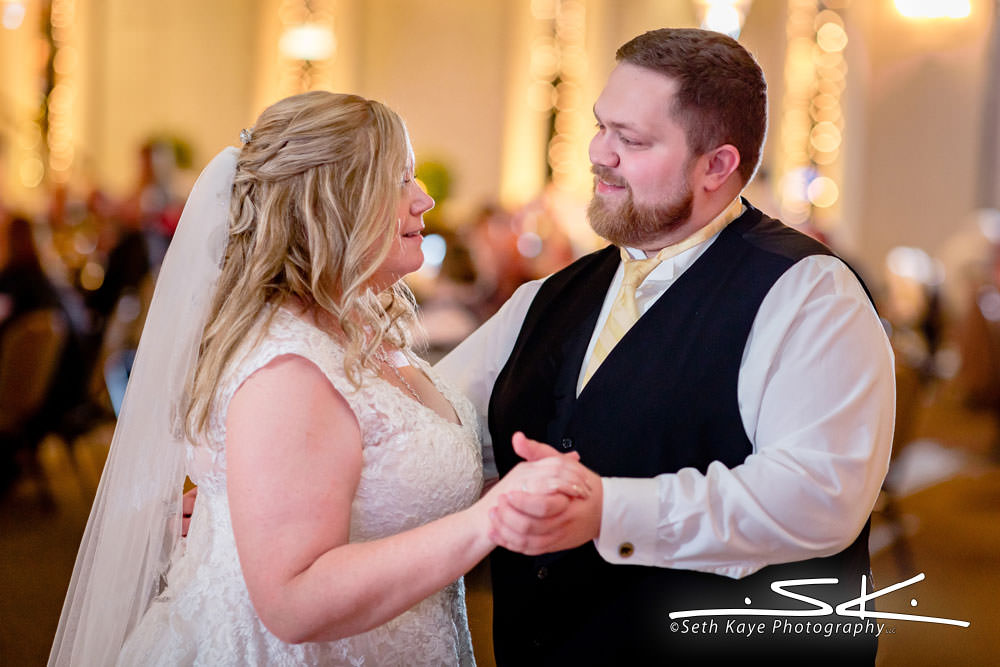 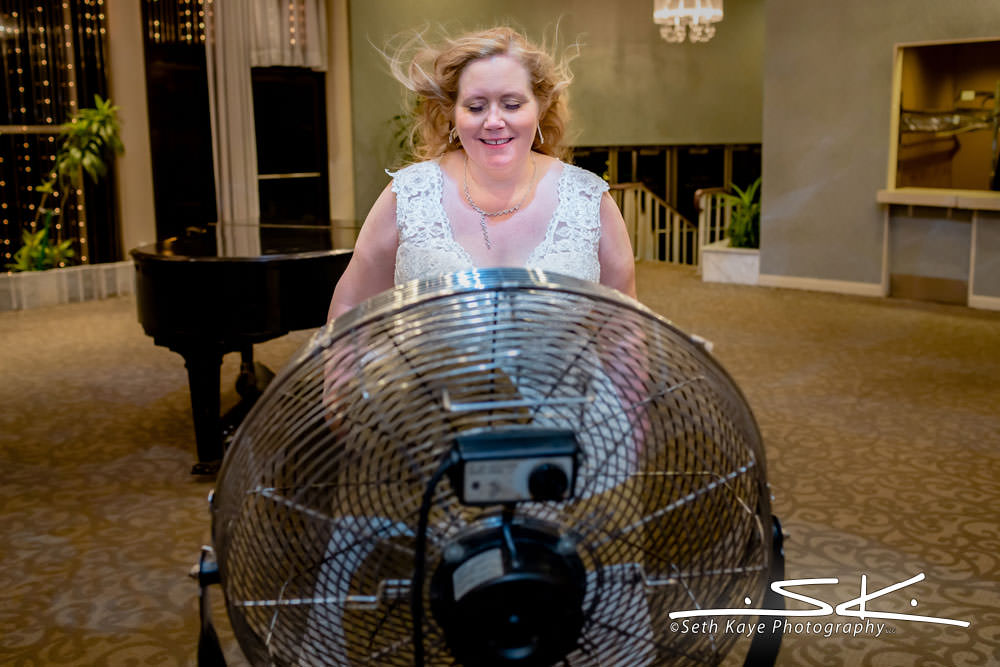