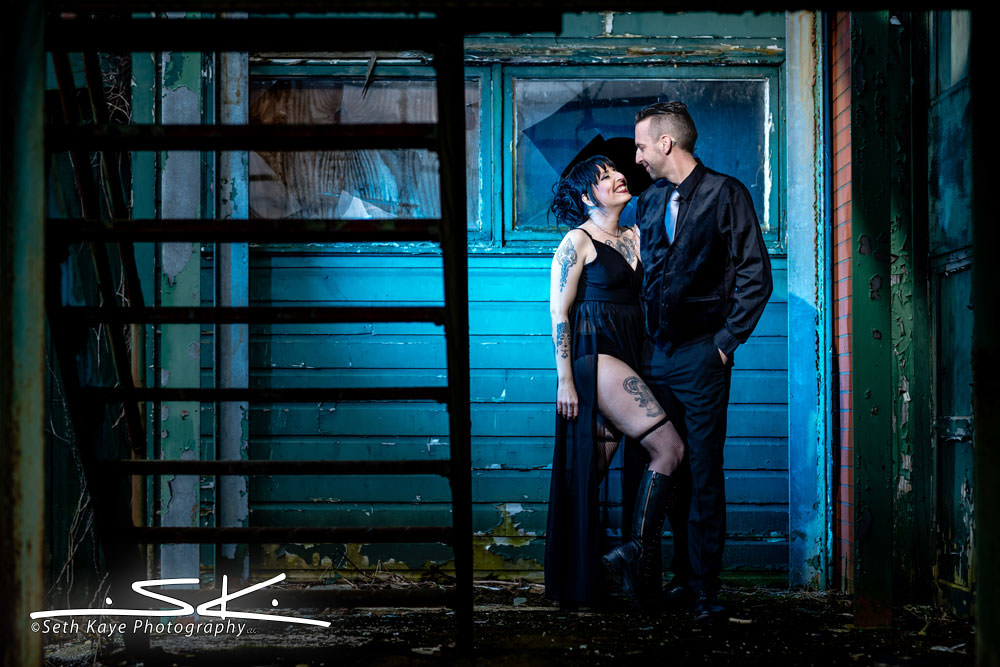 Tania + Neil renewed their wedding vows 10 years to the day they first spoke them to one another. This time around it was just them, the JP who originally married them, and me. They were interested in something different to mark the occasion, something with an urban decay feel, so I suggested an old, now abandoned mill in Chicopee which, not so coincidentally, is where I once had a studio many years ago.

We decided to have them speak their renewal vows atop an embankment that separates the old mill from the adjacent Chicopee River. This provided easily changed backgrounds depending on which way I was facing them. Like they did 10 years go they ended the service being handcuffed to each other.

From there we spent a couple of hours utilizing the grounds of the old mill, moving from one area to the next in search of suitable spots for portraits. After it got too dark to see where we were going (and too chilly once the sun had set), we did one final shot with a smoke grenade of the two of them walking hand in hand.

On a personal note, since I know both Tania + Neil from the local wedding scene, she’s a DJ and he manages Union Station in Northampton, I got a little more experimental than I might have with a couple I didn’t know as well. This took the form of playing more with colored lights during our portrait time, and also using an old Rolleiflex film camera. The square photos below were shot on film. 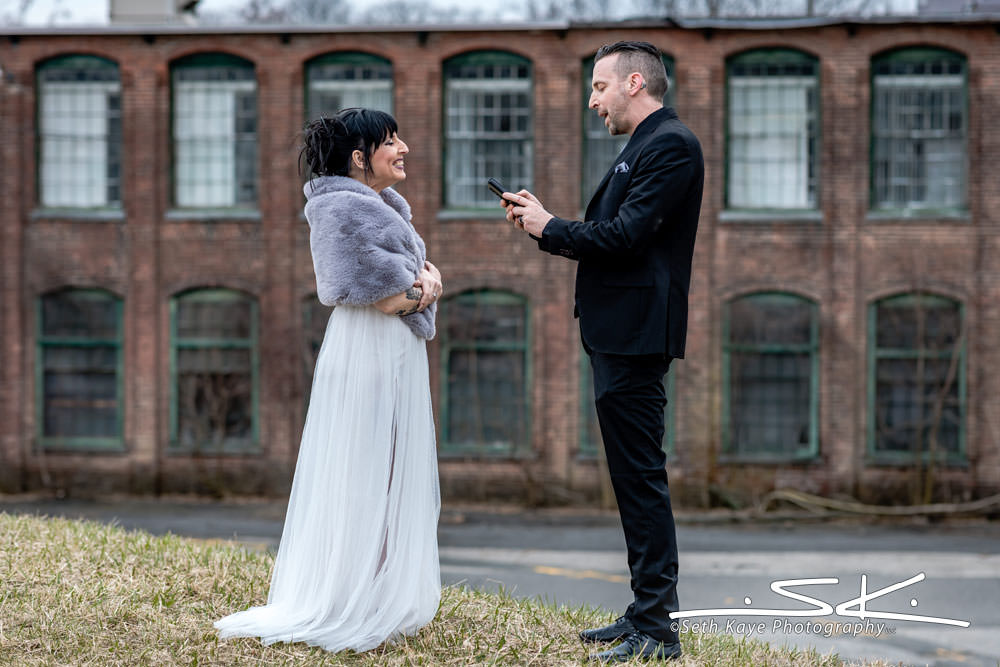 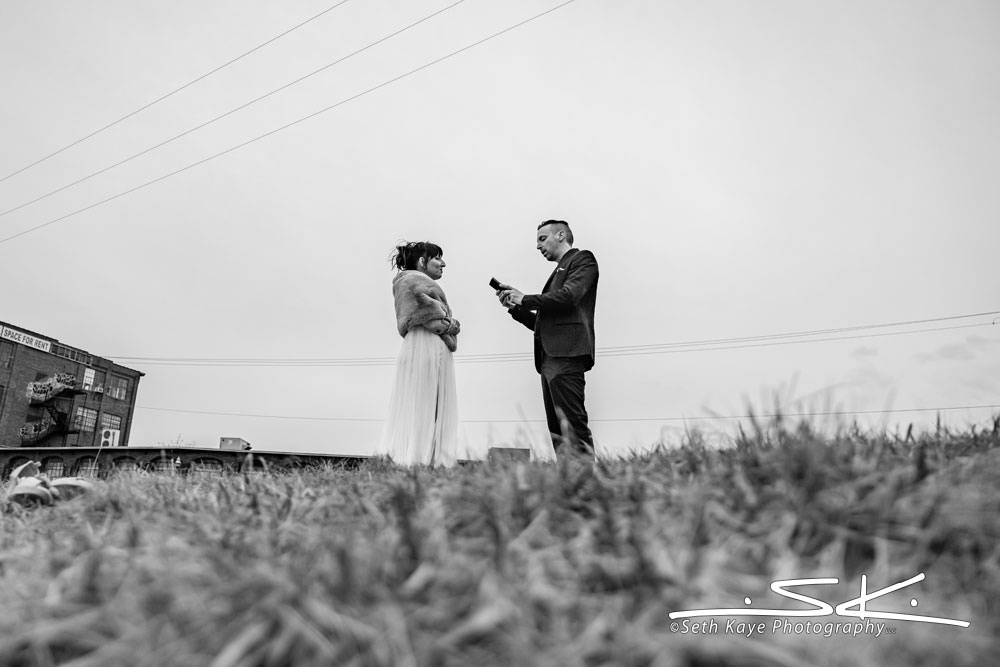 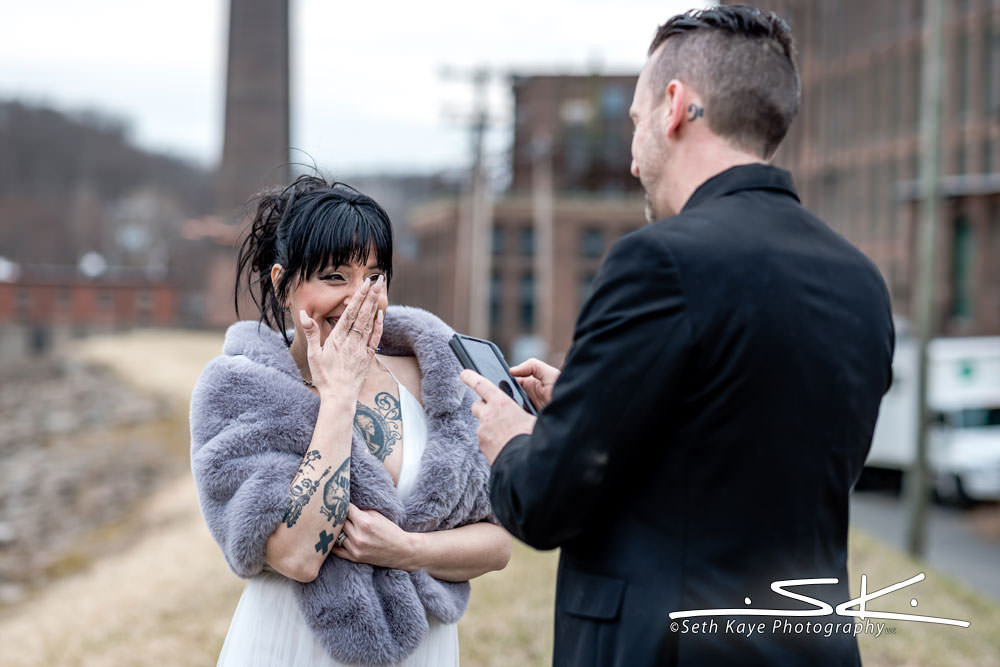 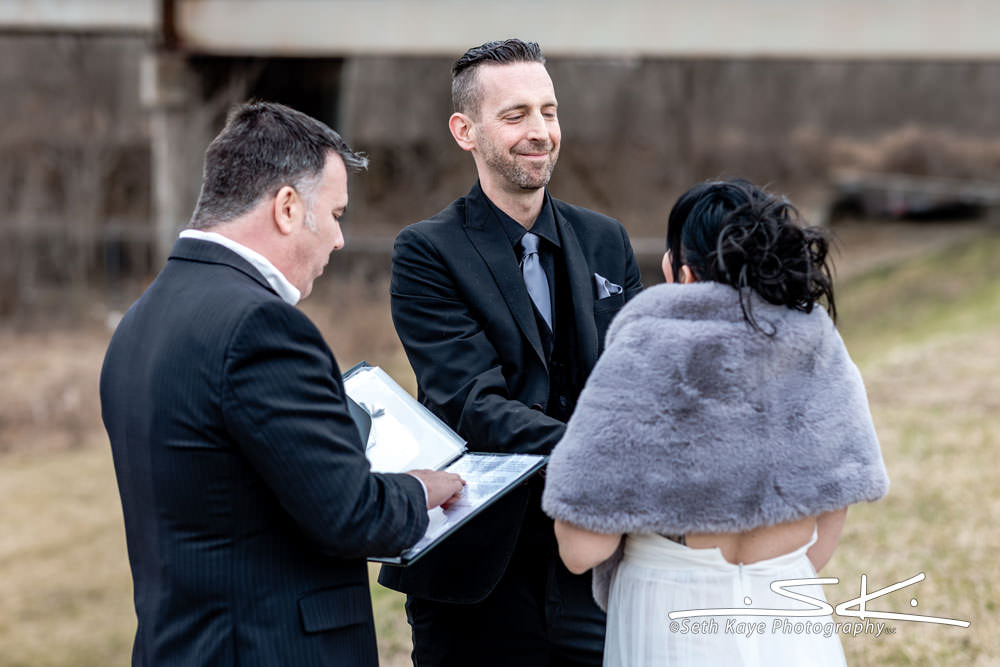 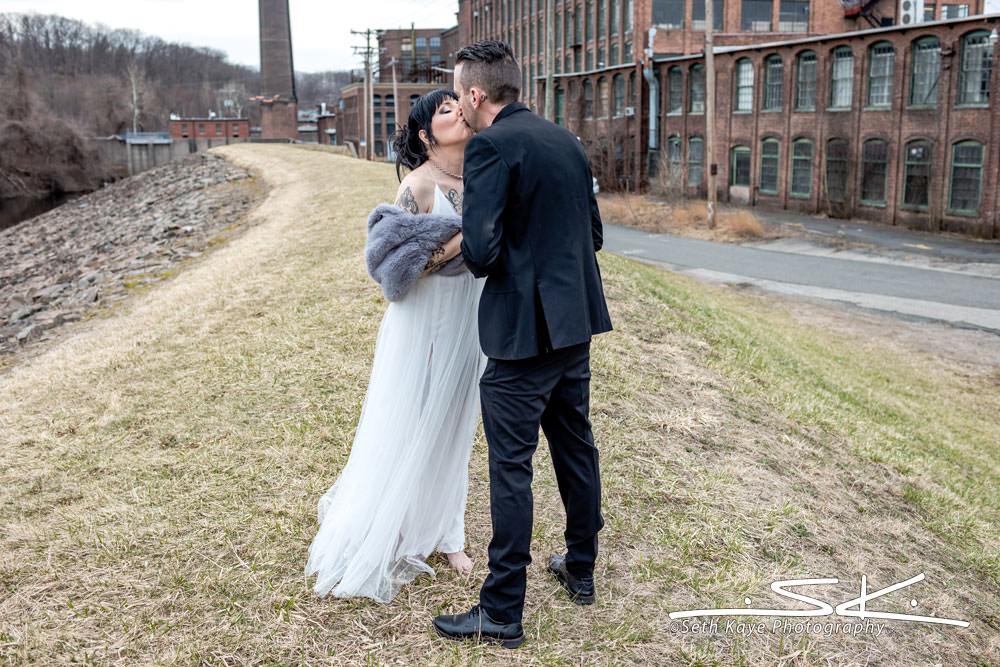 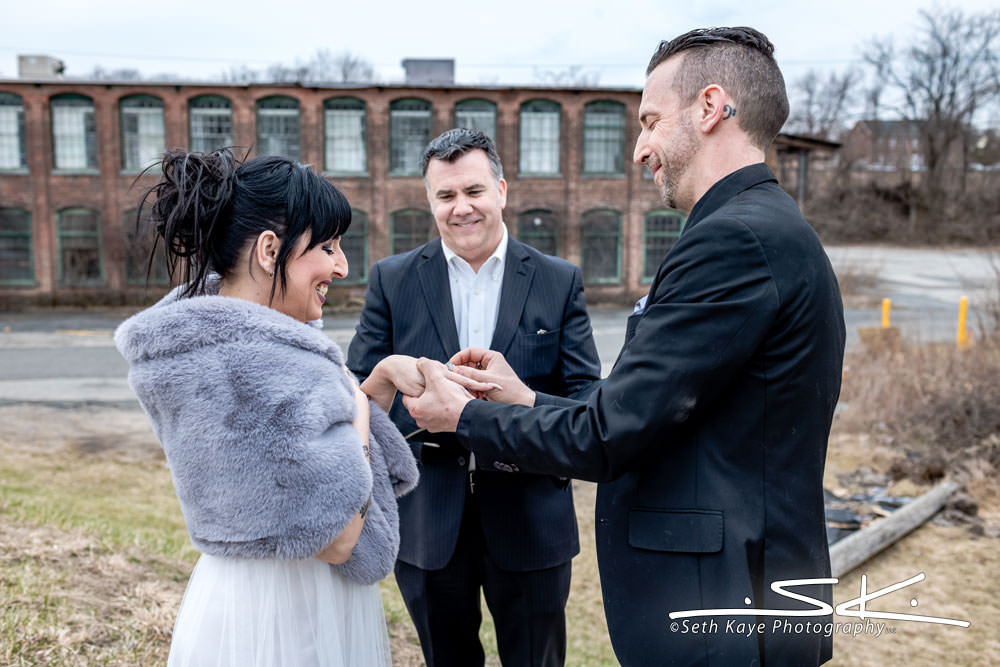 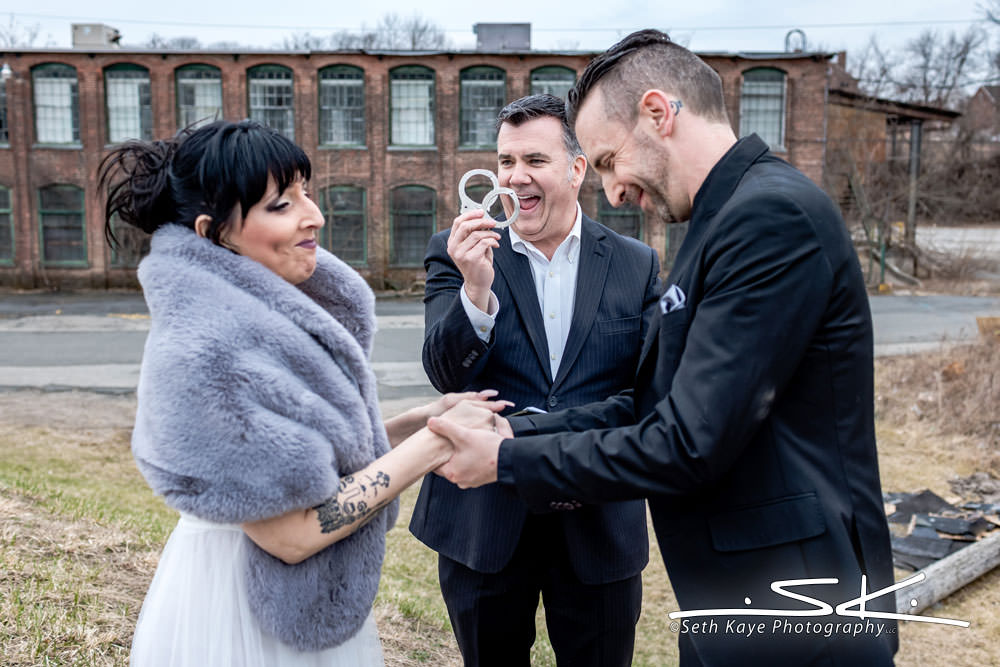 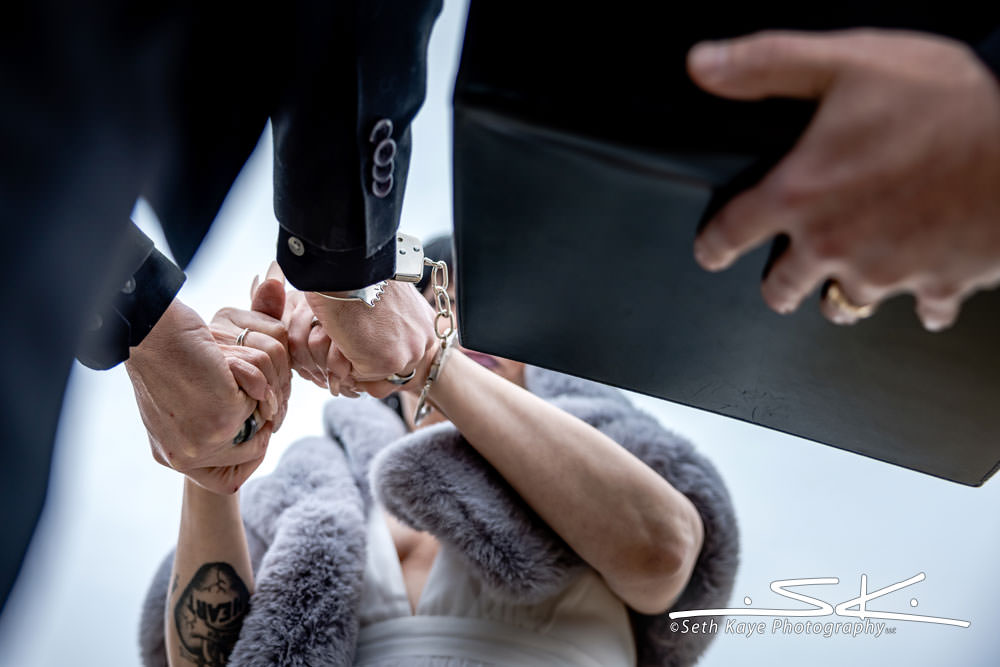 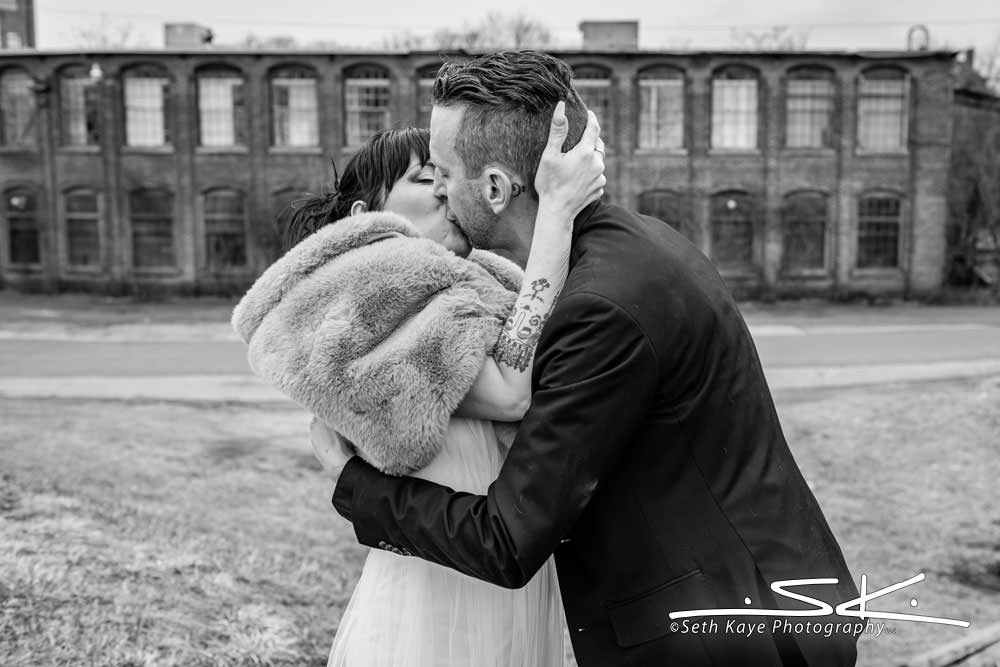 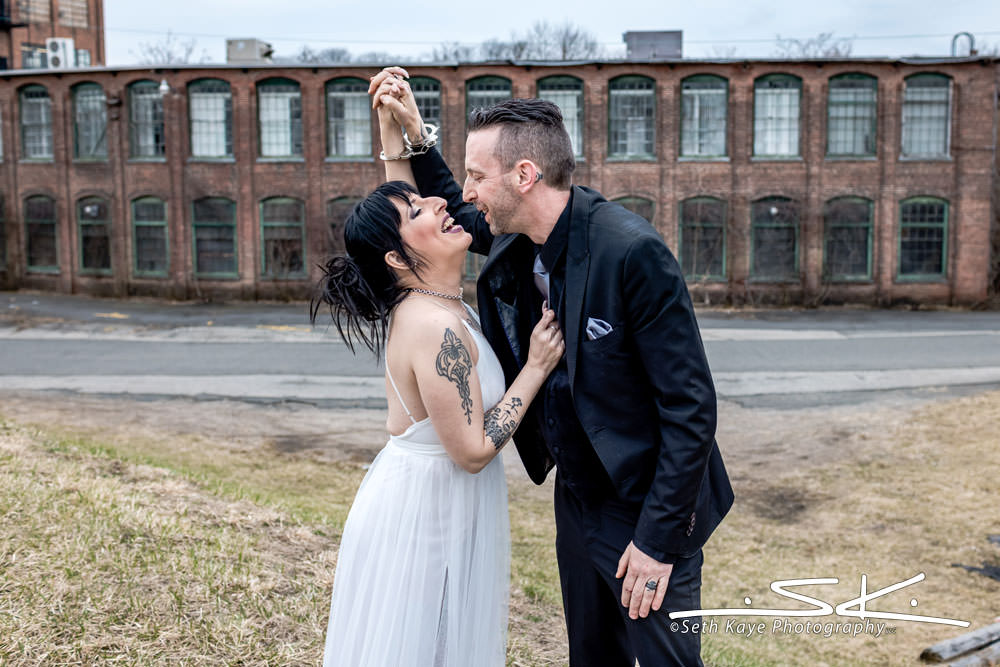 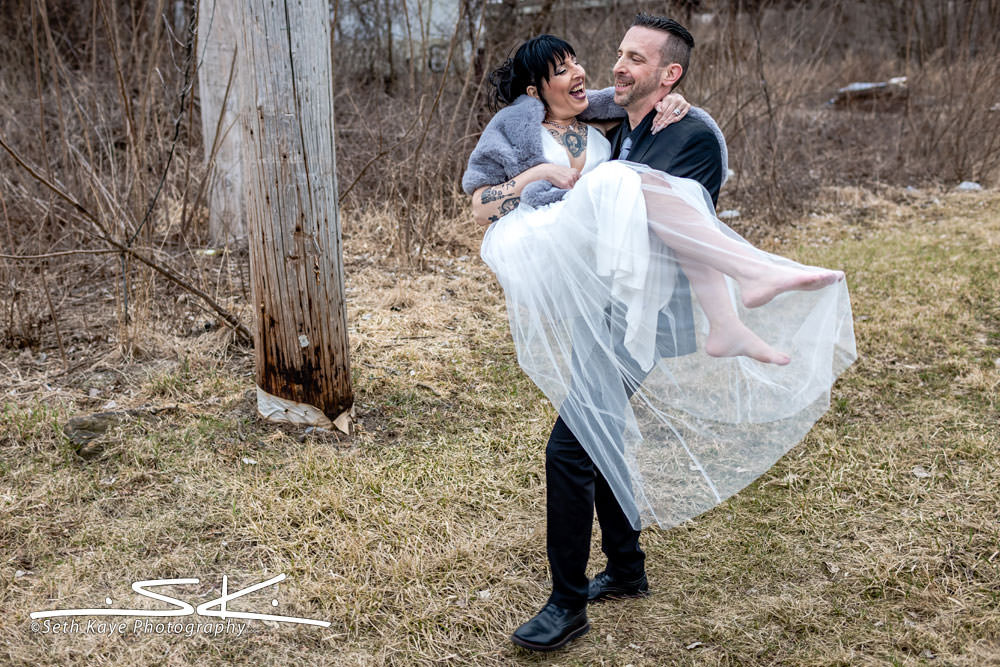 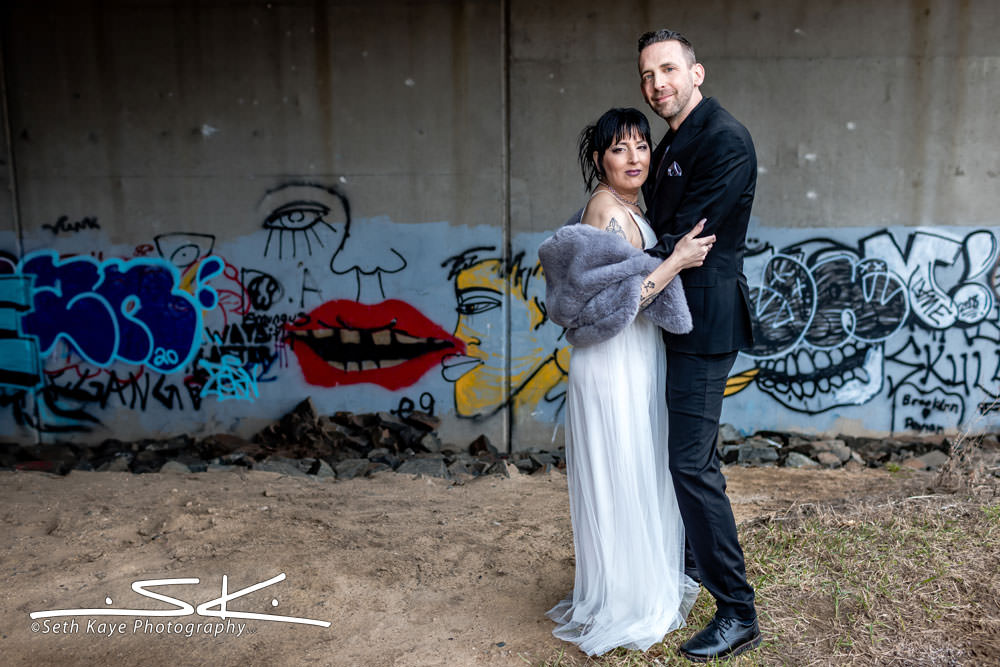 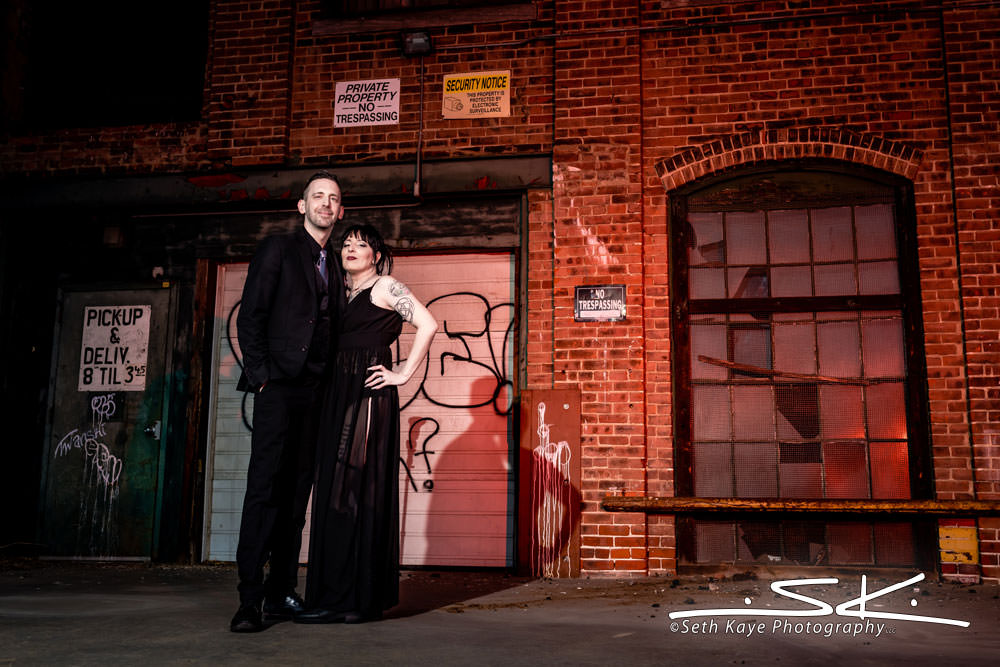 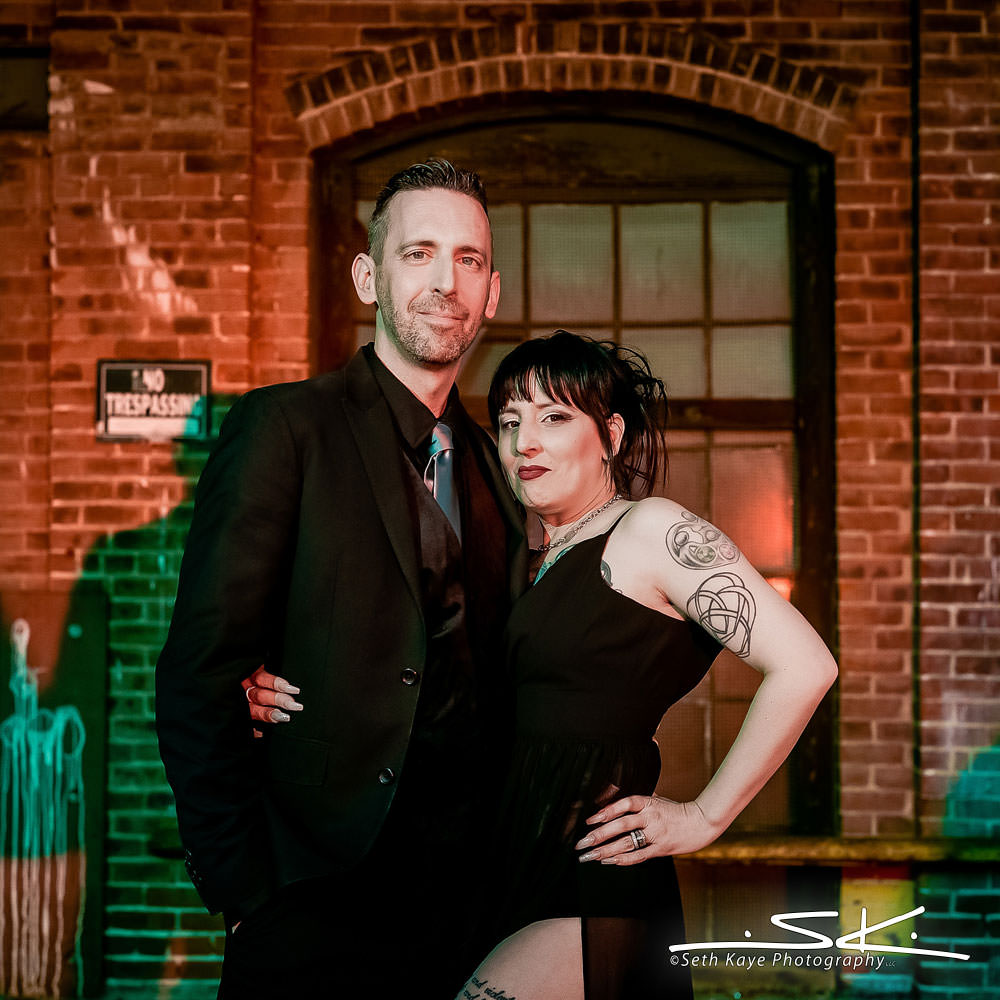 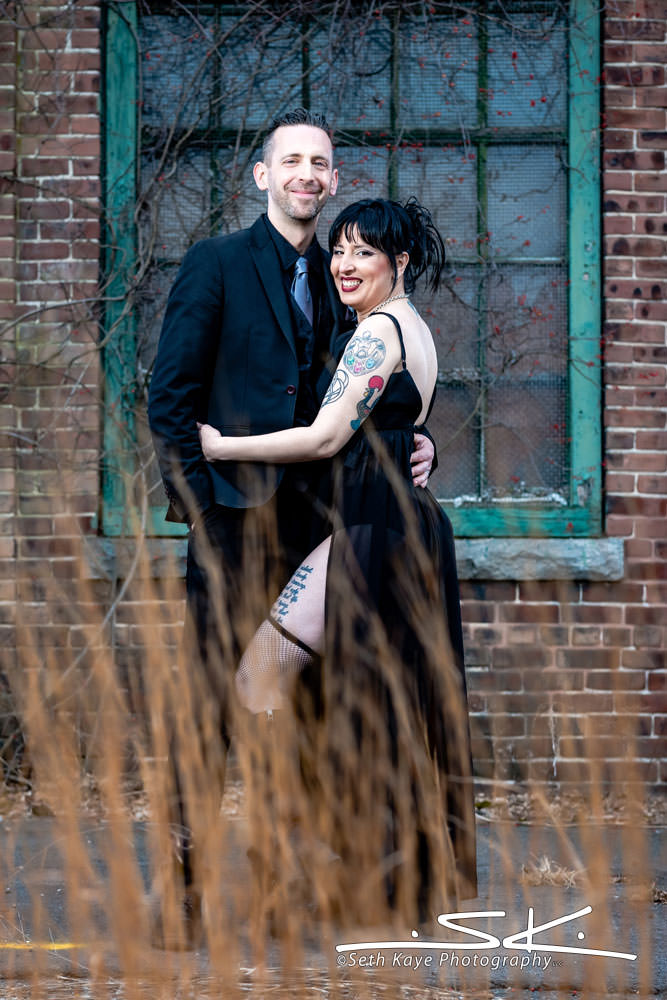 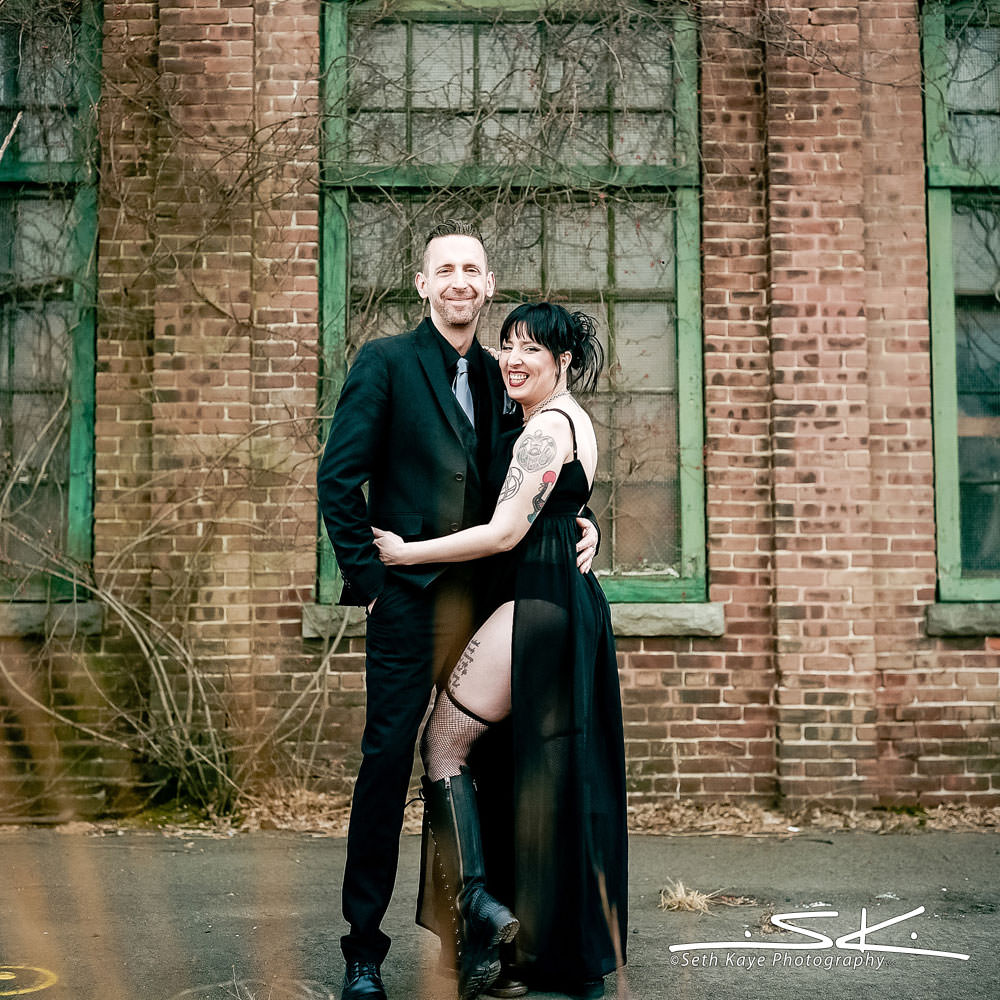 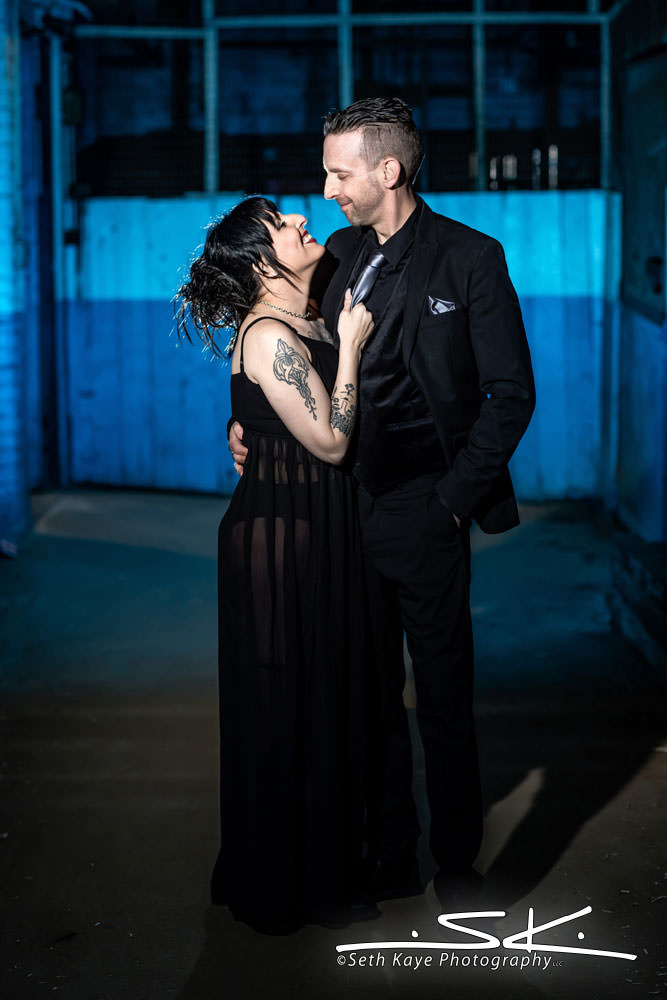 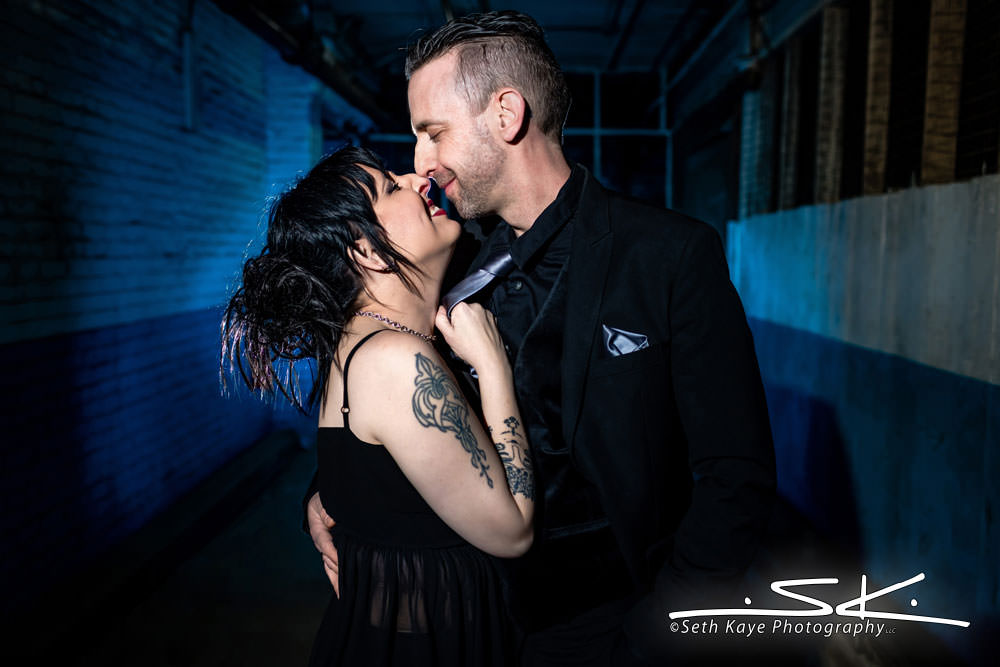 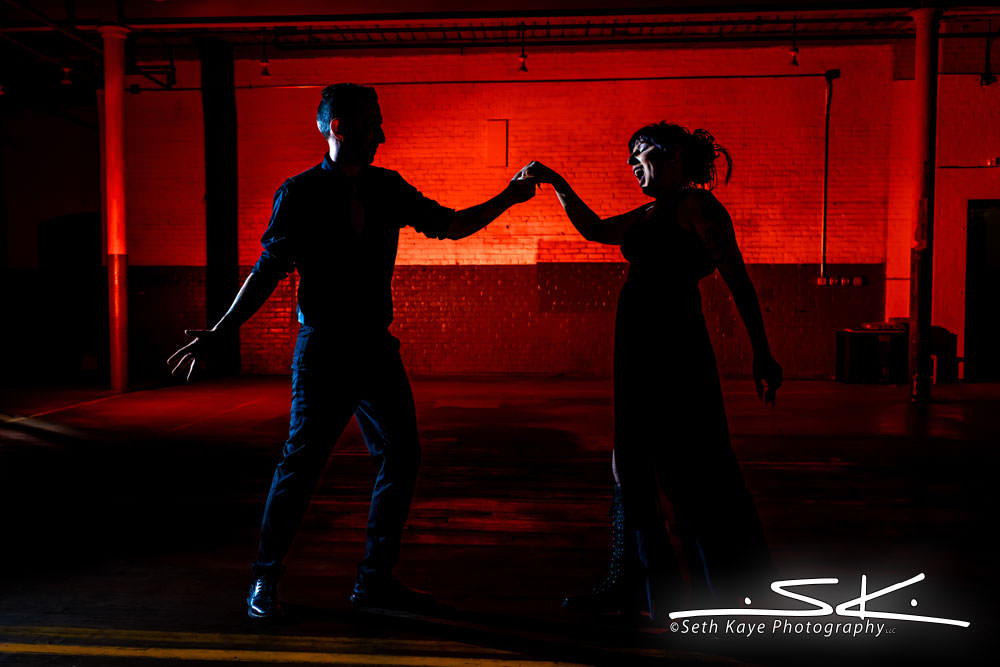 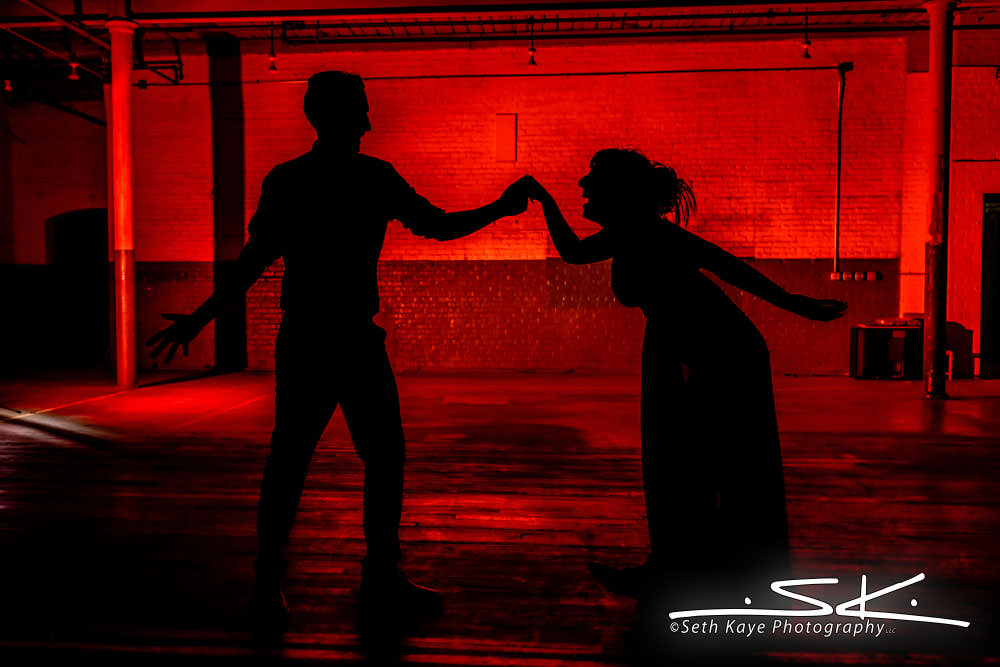 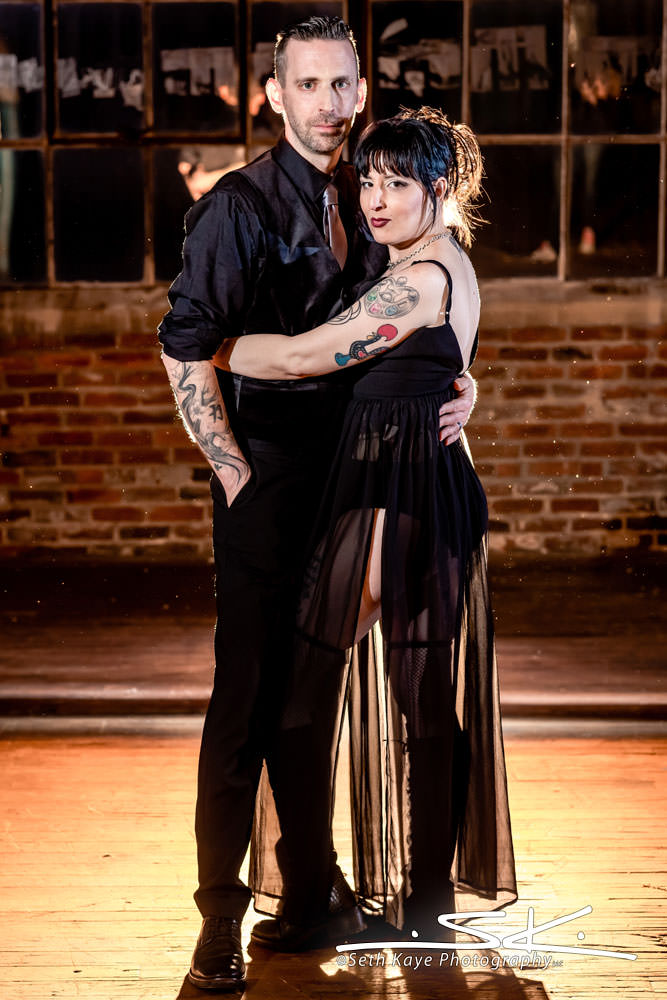 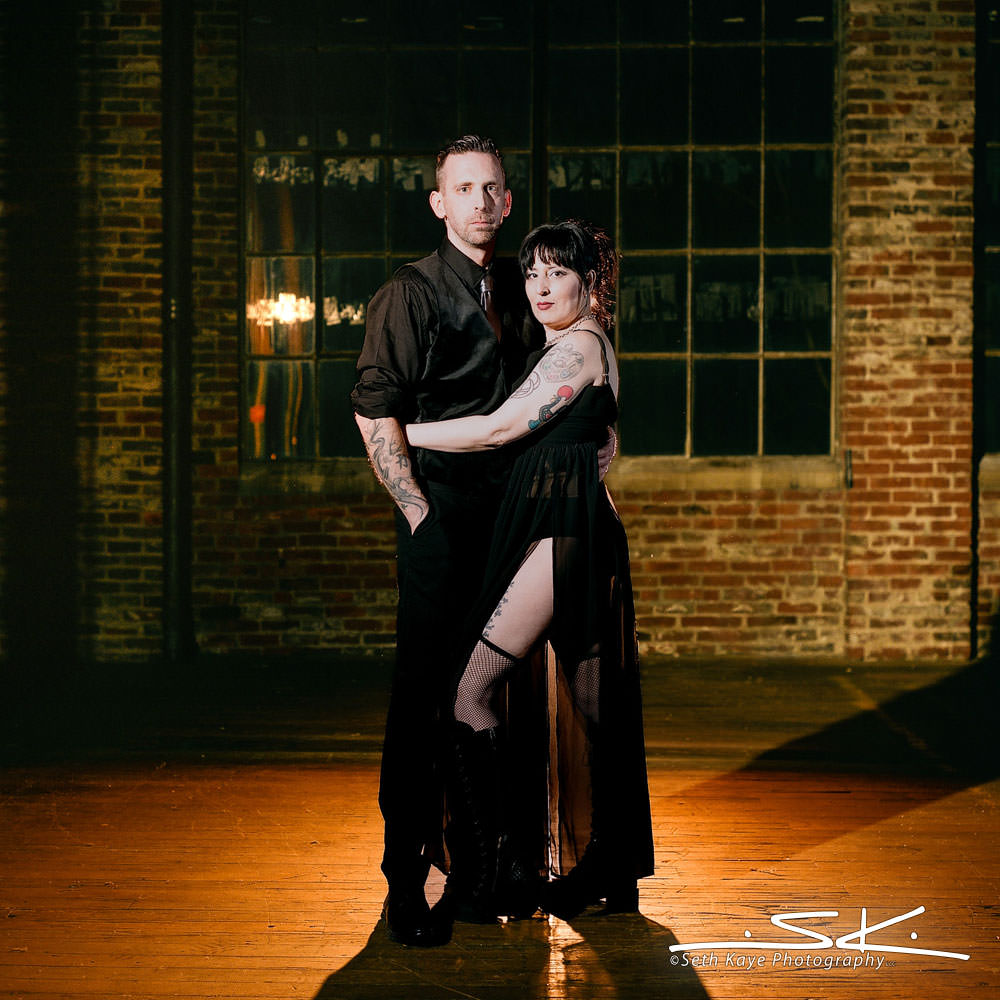 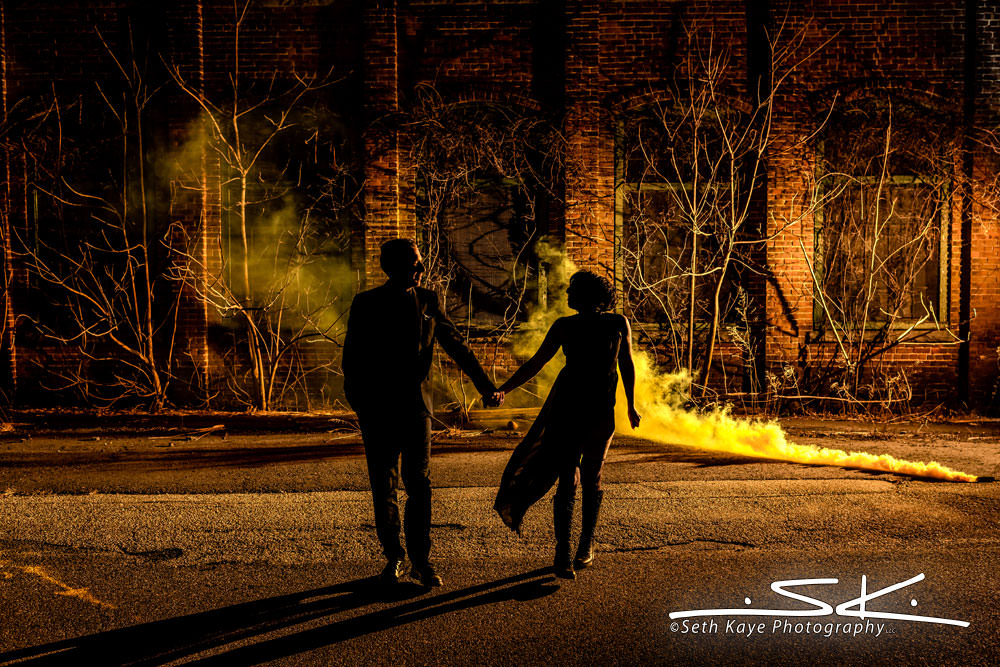