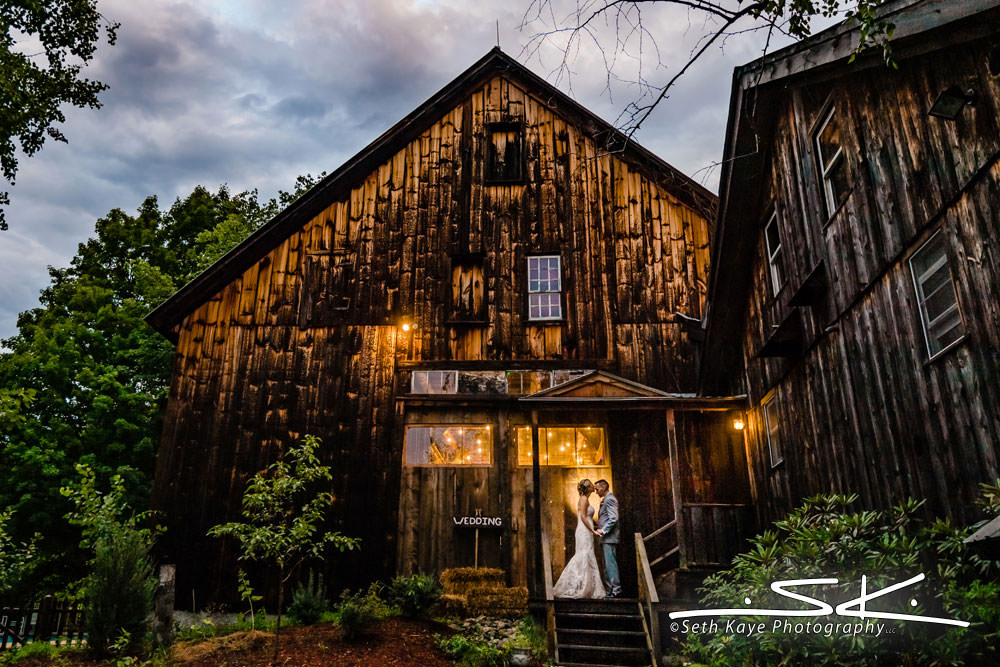 Stephanie + Ted were married on a hot summer day in a vintage barn in Henniker, New Hampshire. I had photographed the wedding of friends of theirs a couple of years ago, a wedding which Ted officiated with a JP for the day license, which is how they came across my work.

They had been together a little over three years before Ted asked Stephanie to marry him, which he did near a lake by their house.

Their wedding day was held in its entirety at Colby Hill Inn in Henniker, NH. When we arrived I joined Stephanie in the bridal suite where she and her bridesmaids were having their hair and makeup done. Ted’s preparation was more casual as he swam in the pool before heading to his room to get ready.

Their first look was in a shady spot adjacent to the ceremony site and had some nice options for portraits immediately following. The ceremony was in direct sun and it being the height of summer, the planned 20 minute ceremony was edited down to a shorter version, after which everyone was happy to move out of the heat and into the shade during the cocktail hour.

After family portraits the wedding party and then the couple were introduced into the reception. Three toasts began the evening and then dinner was served. Later Stephanie + Ted cut their cake, had their first dance, and danced with their parents in the center of the barn.

Just as we were done with family formals and some portraits of the two of them, it began to rain and finally let up as the sun was setting. We used the opportunity to bring Stephanie + Ted outside and photograph them against the barn with some creative lighting before calling it a day. 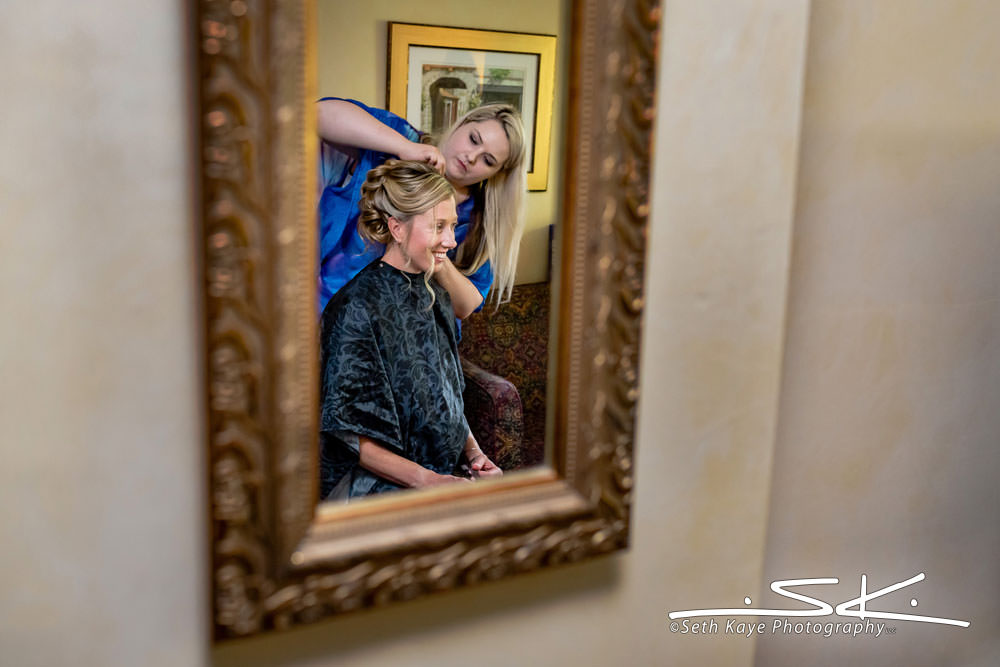 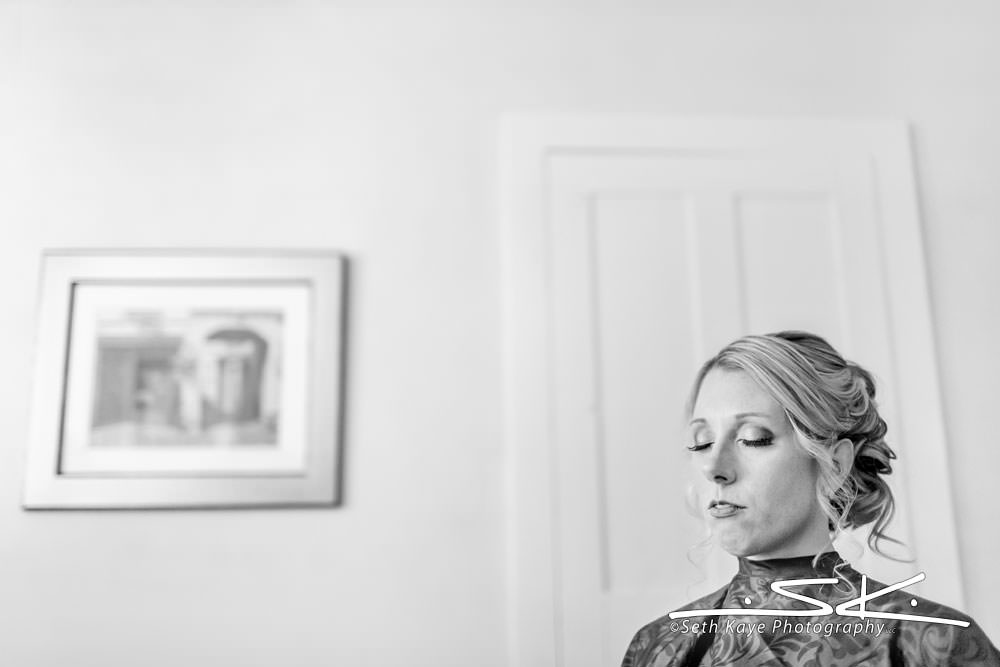 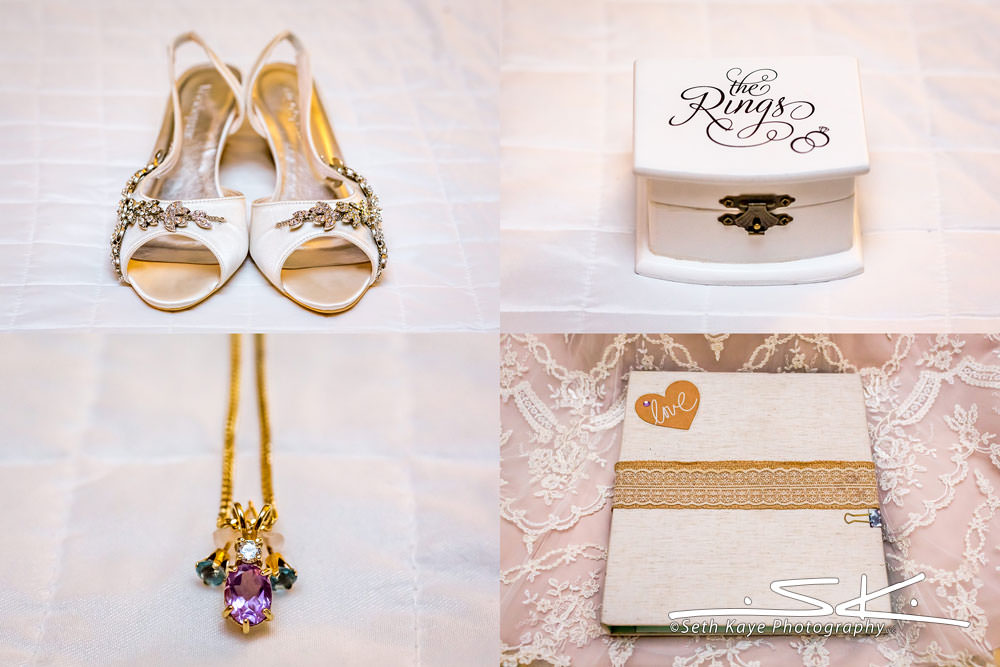 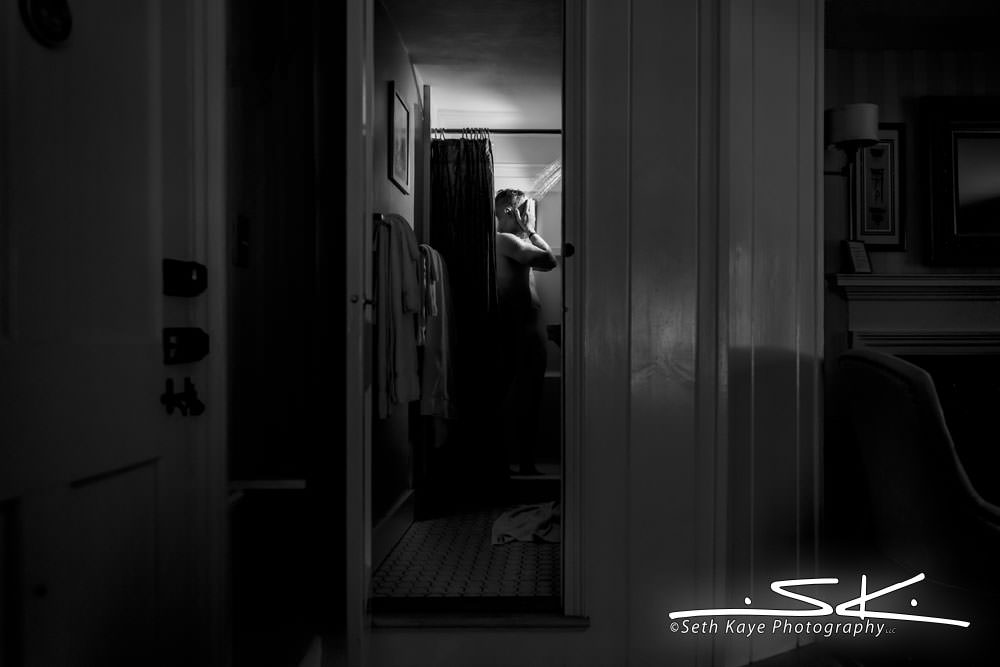 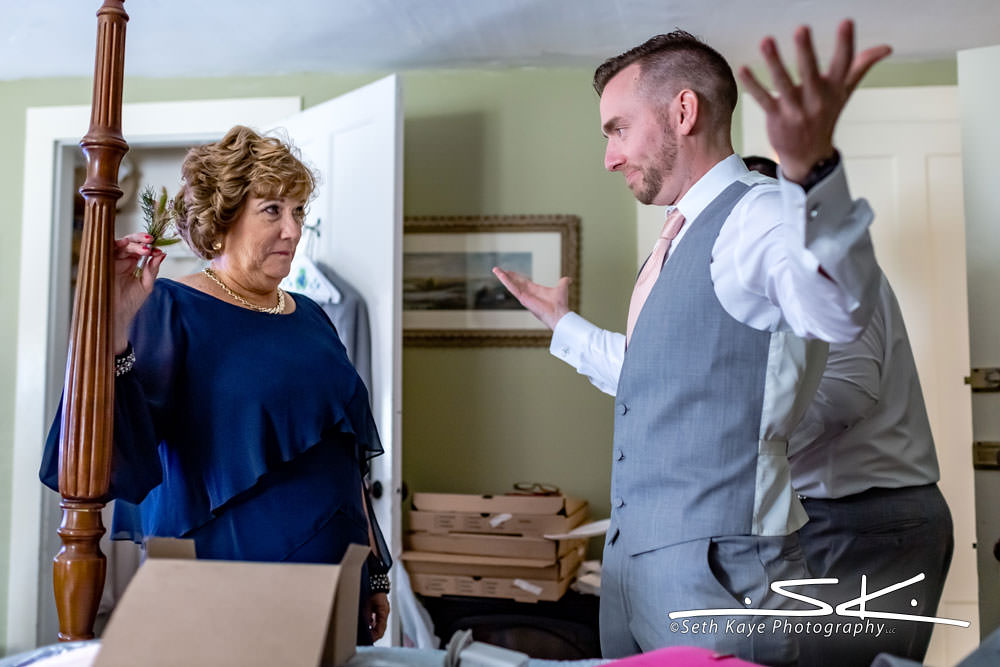 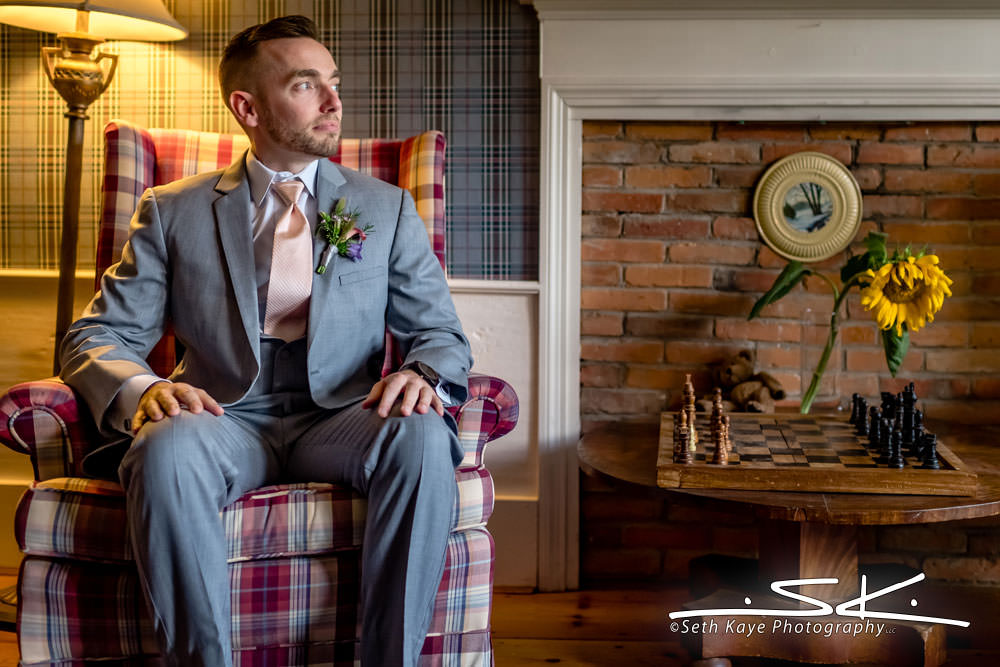 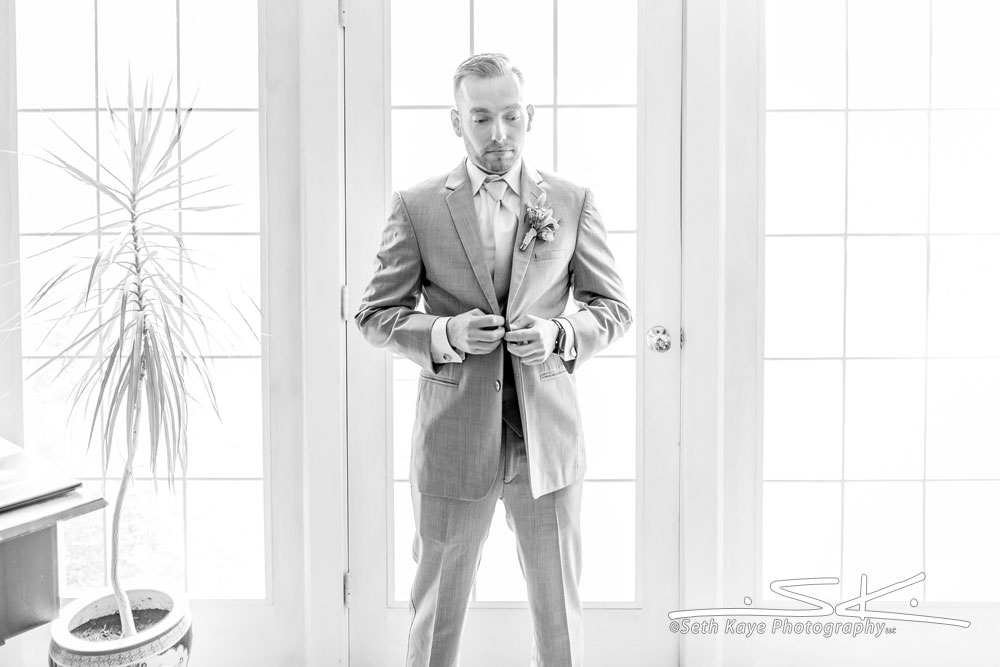 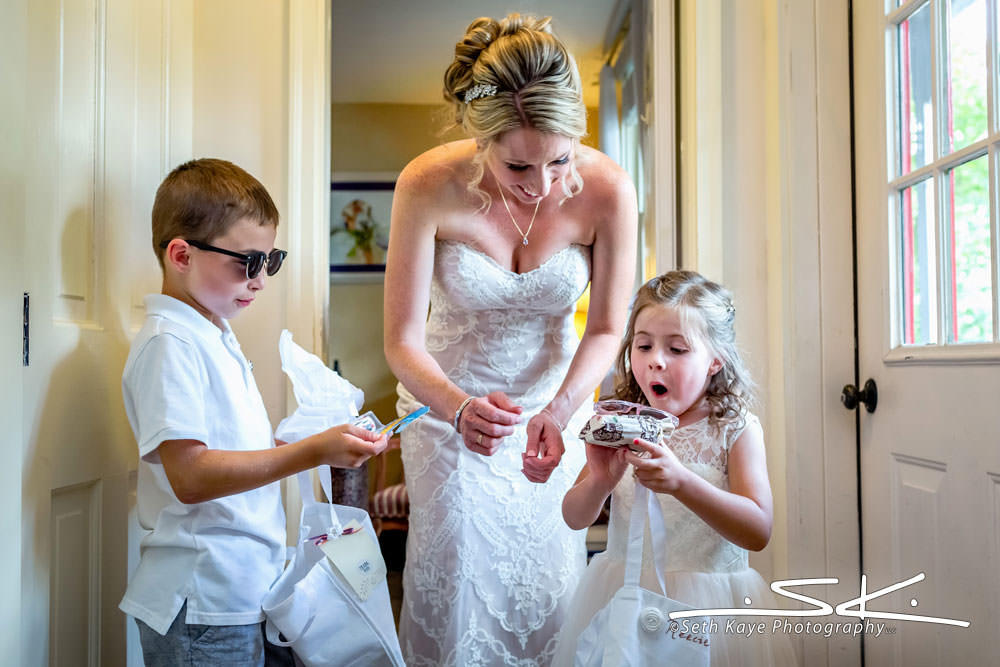 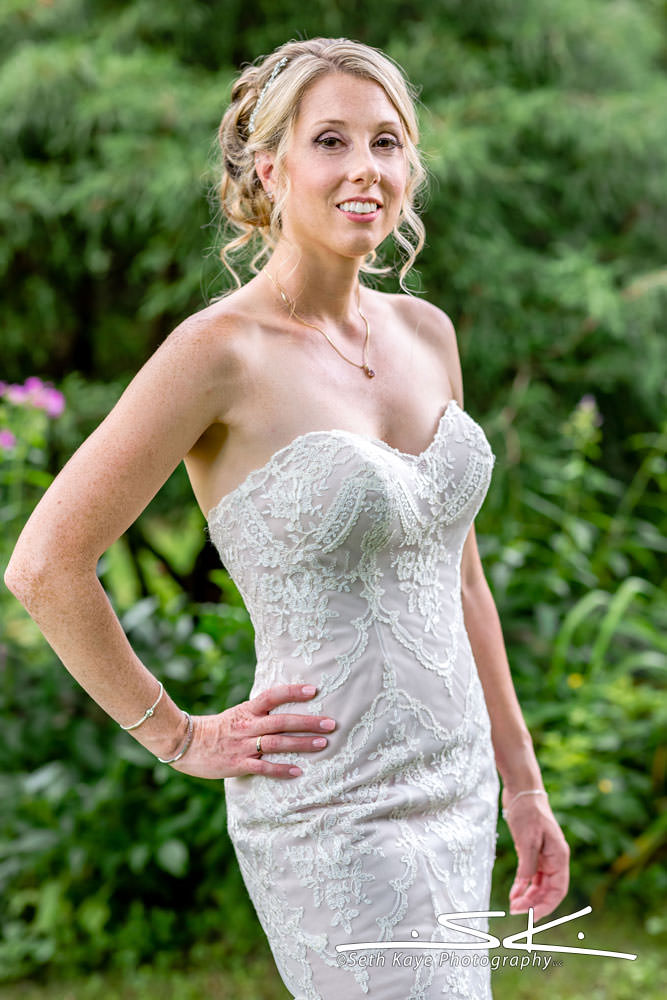 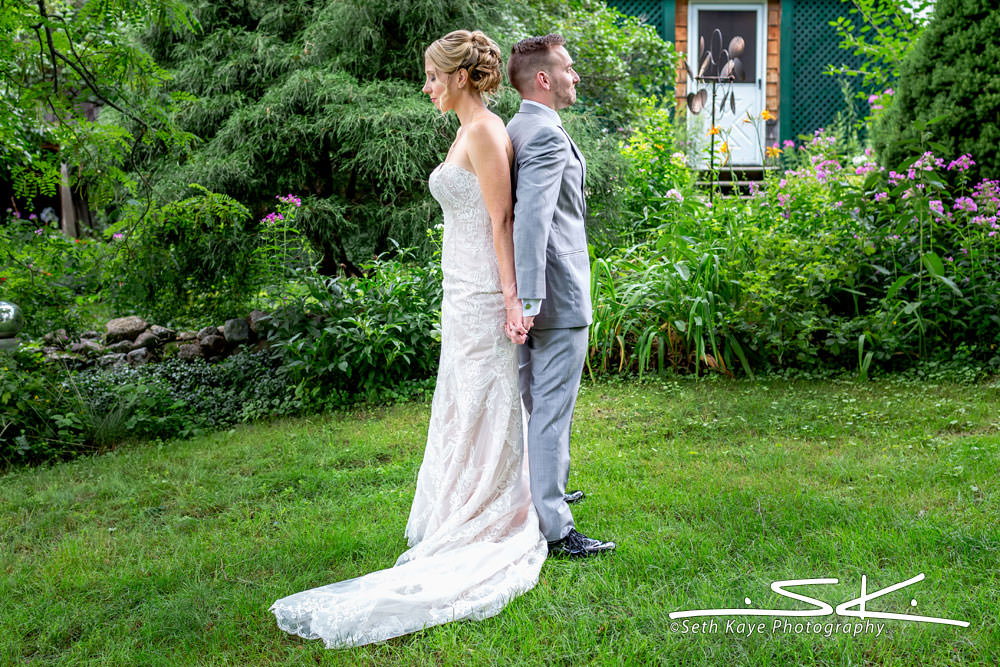 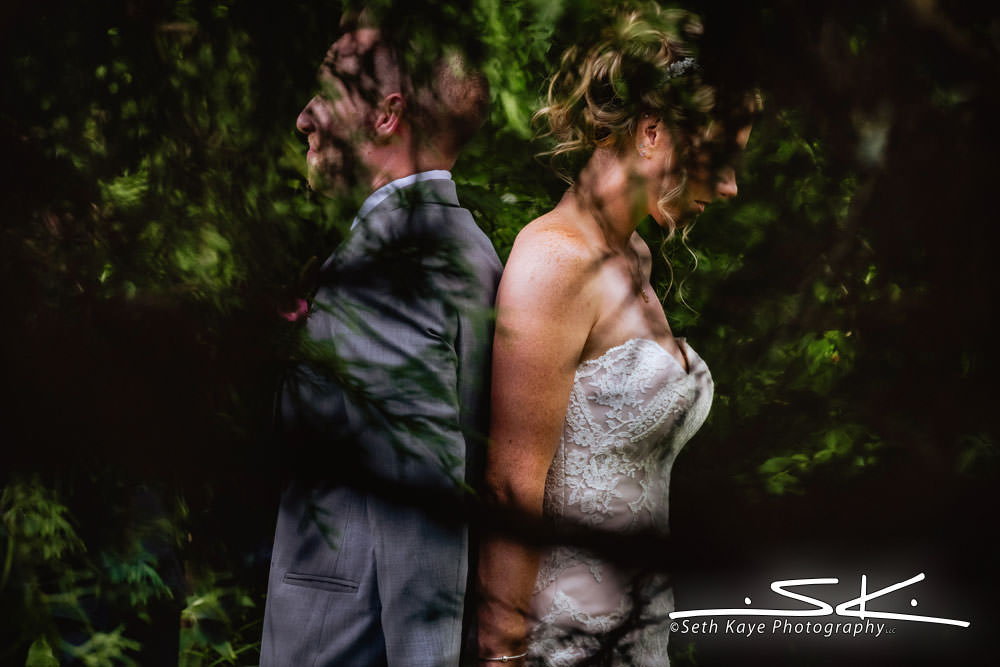 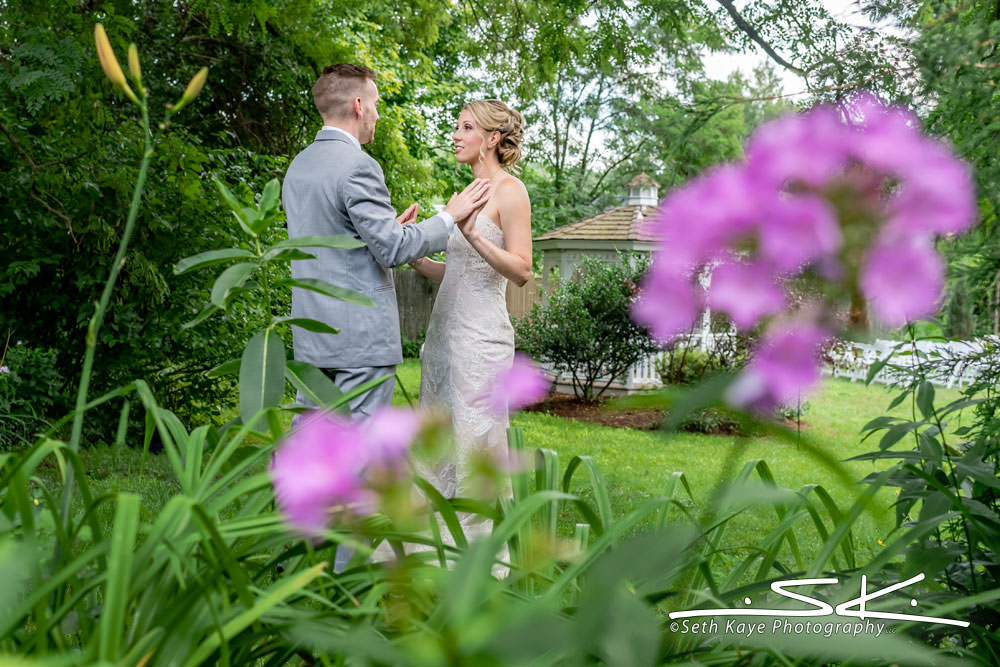 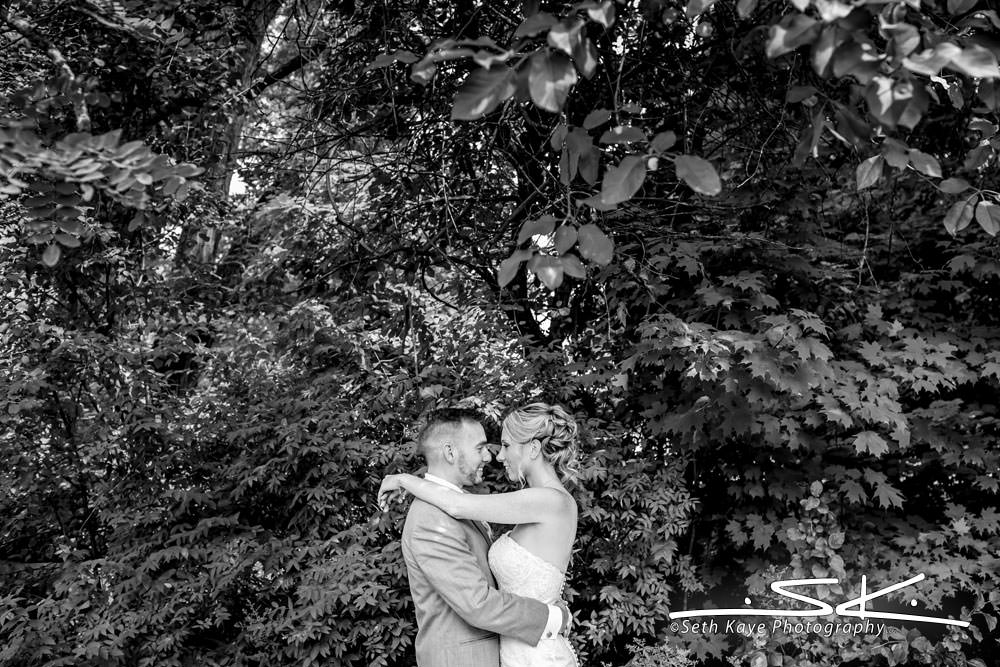 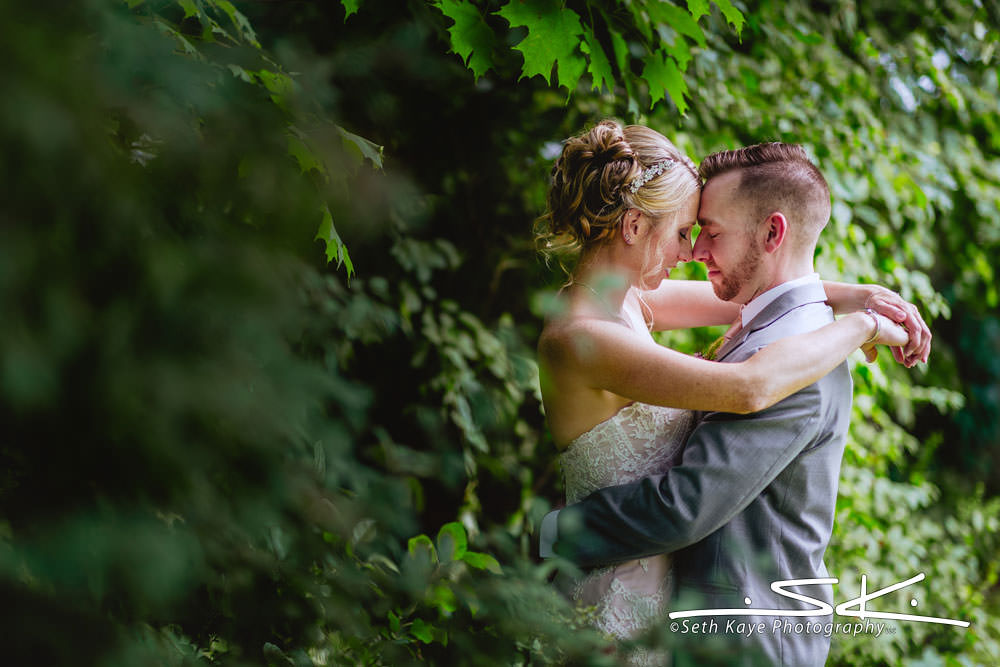 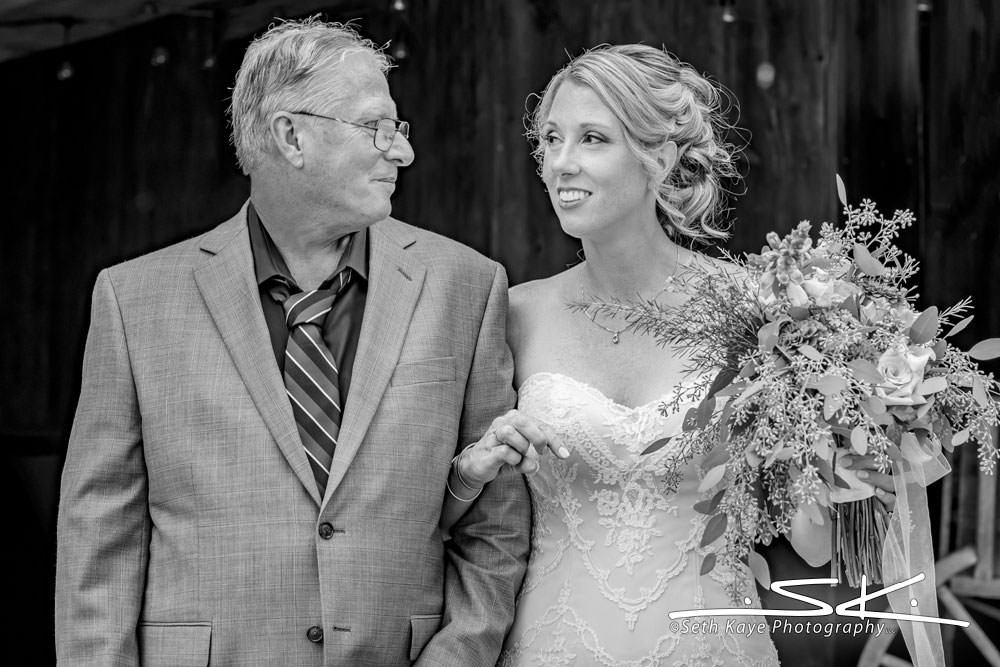 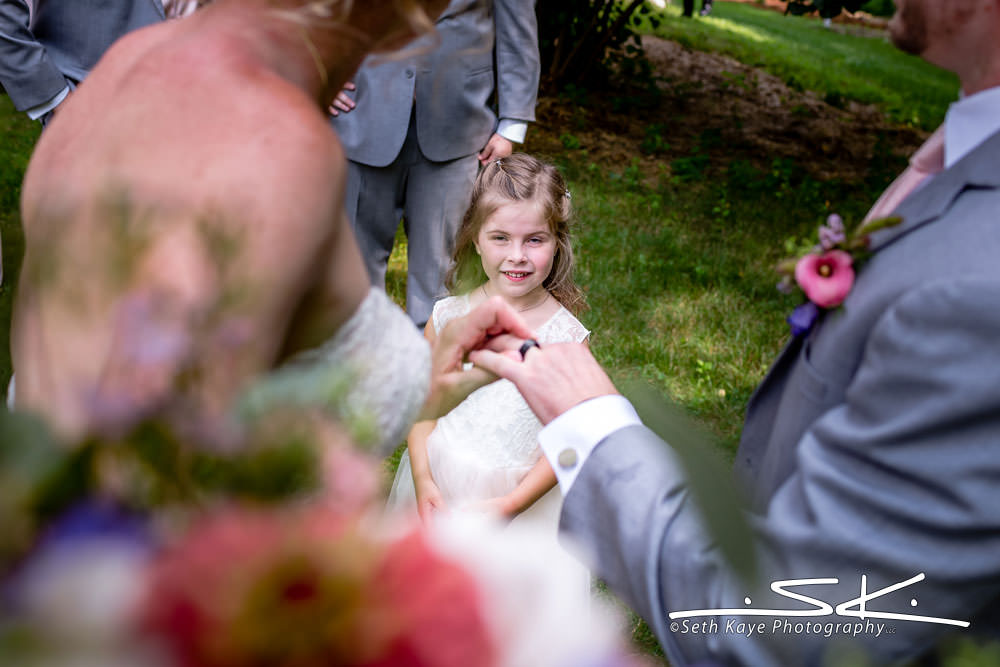 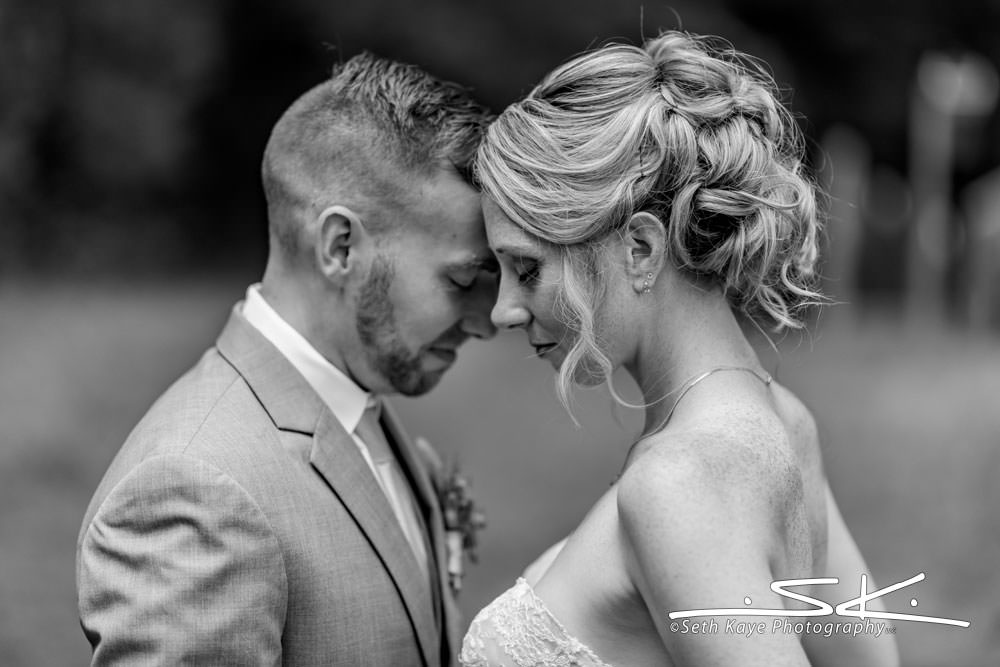 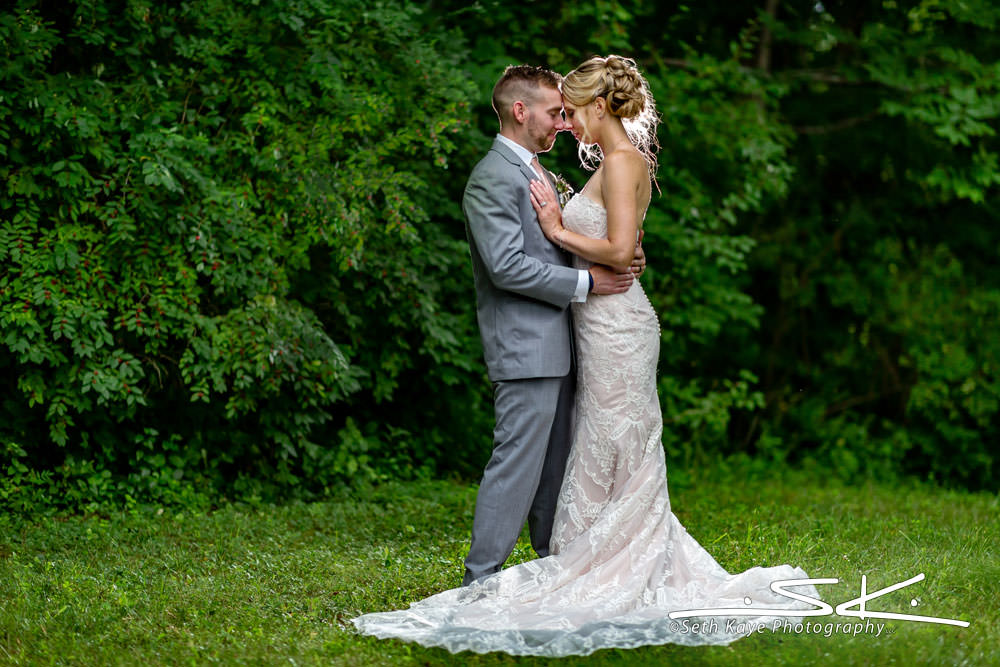 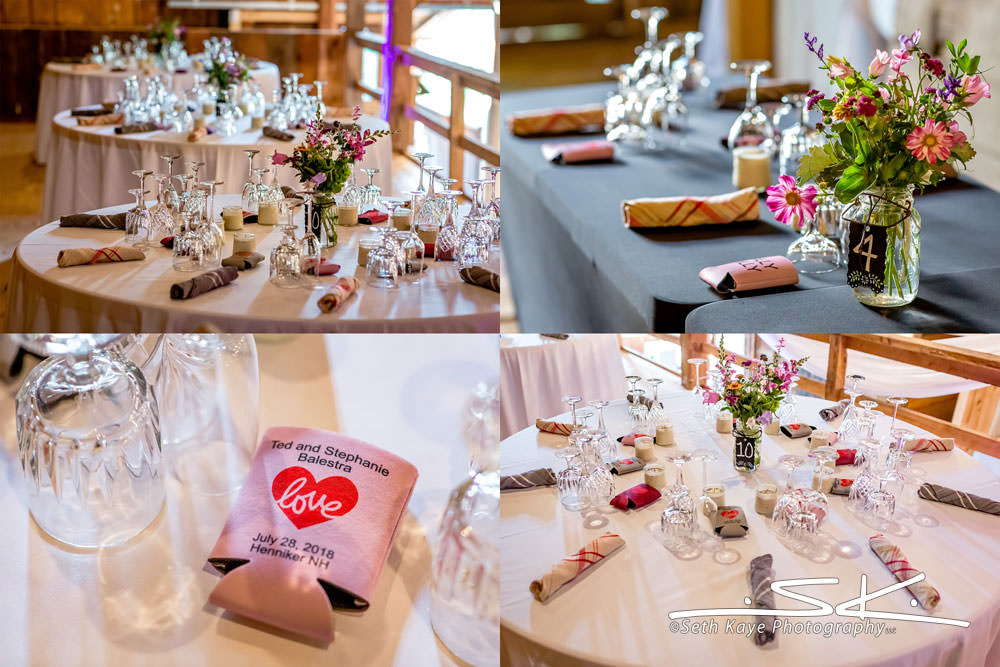 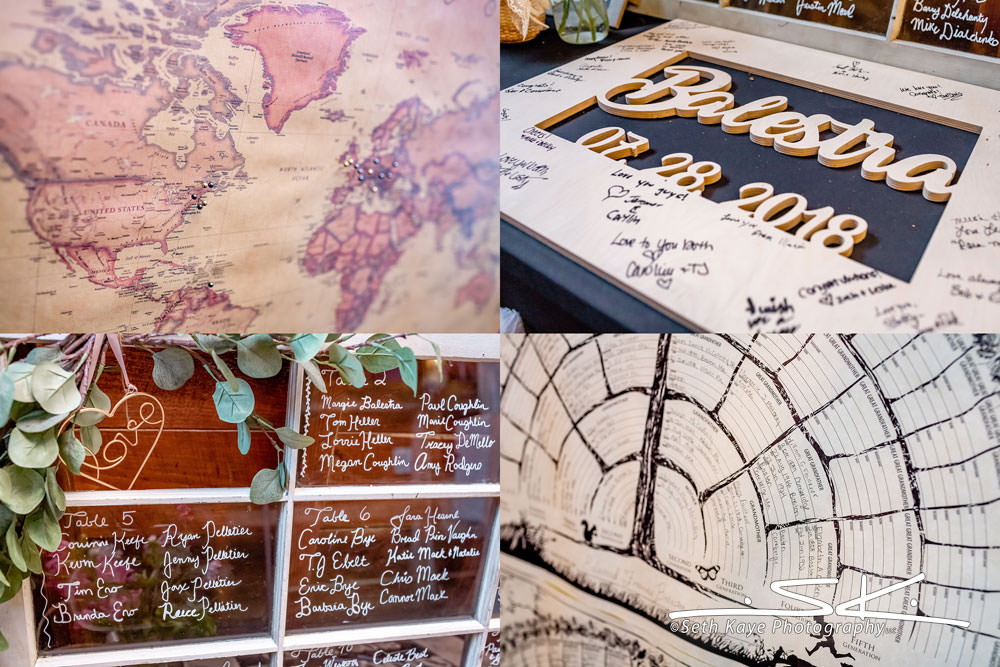 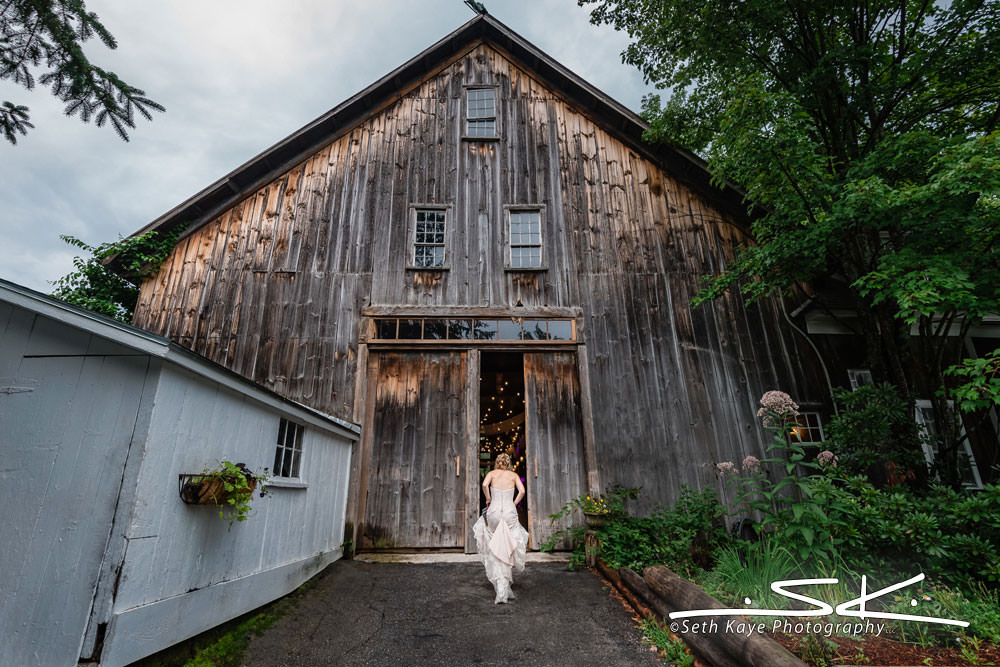 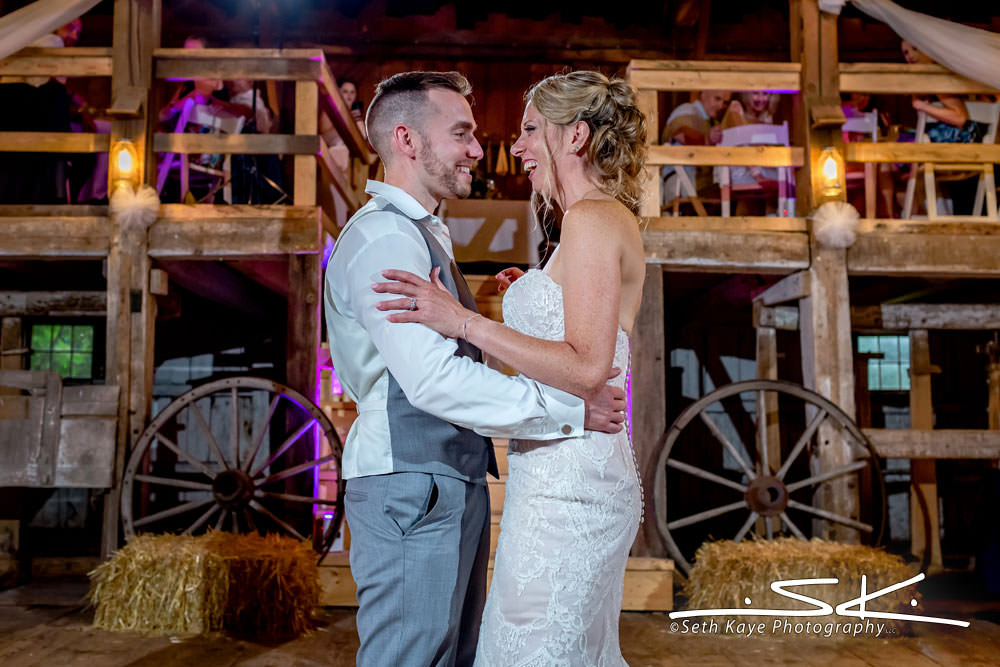 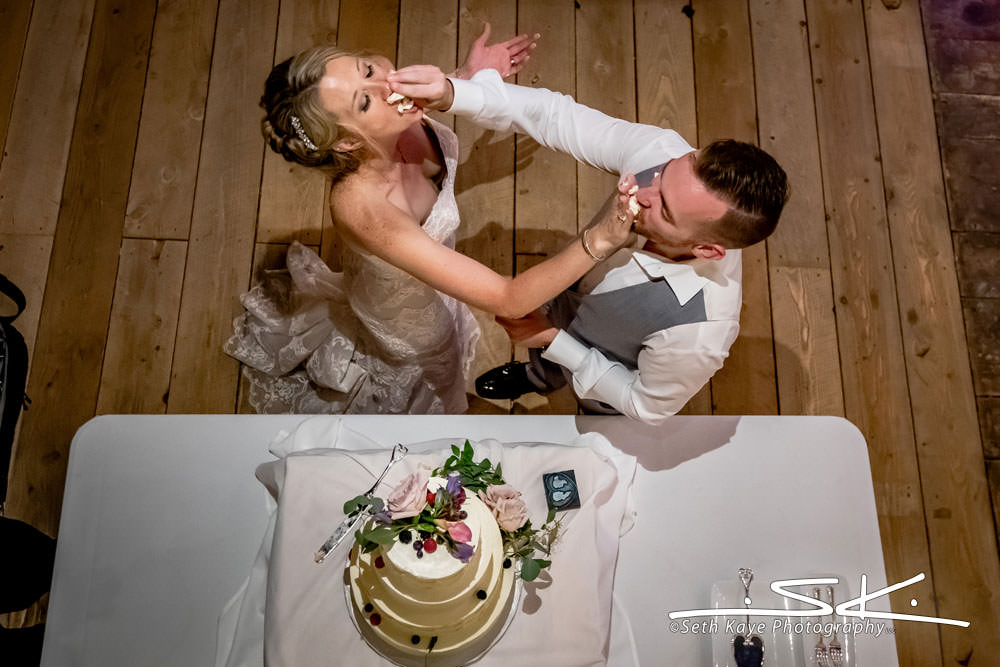 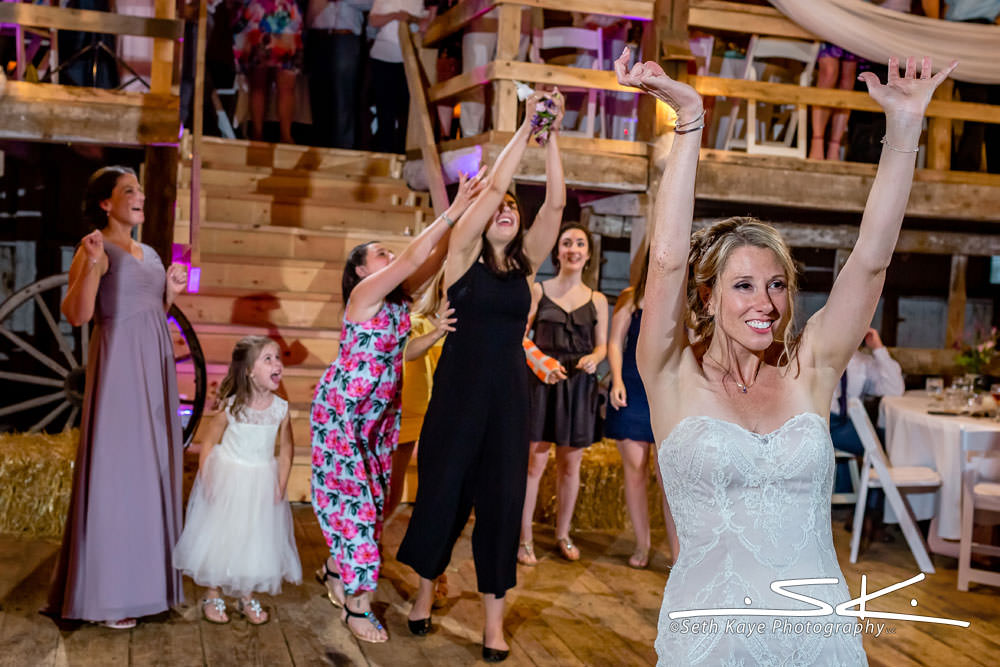 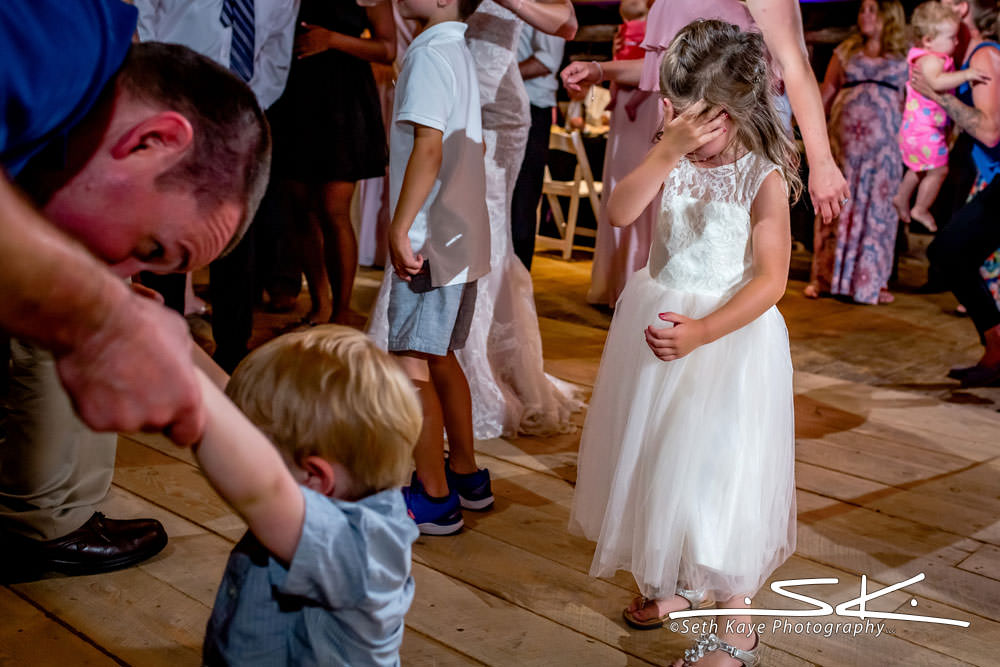 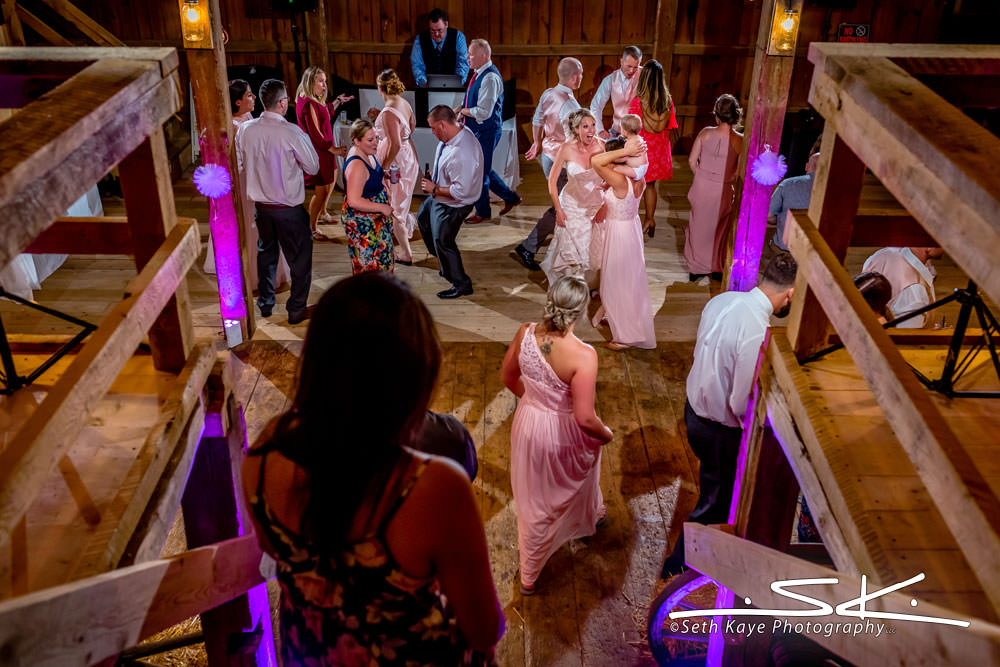 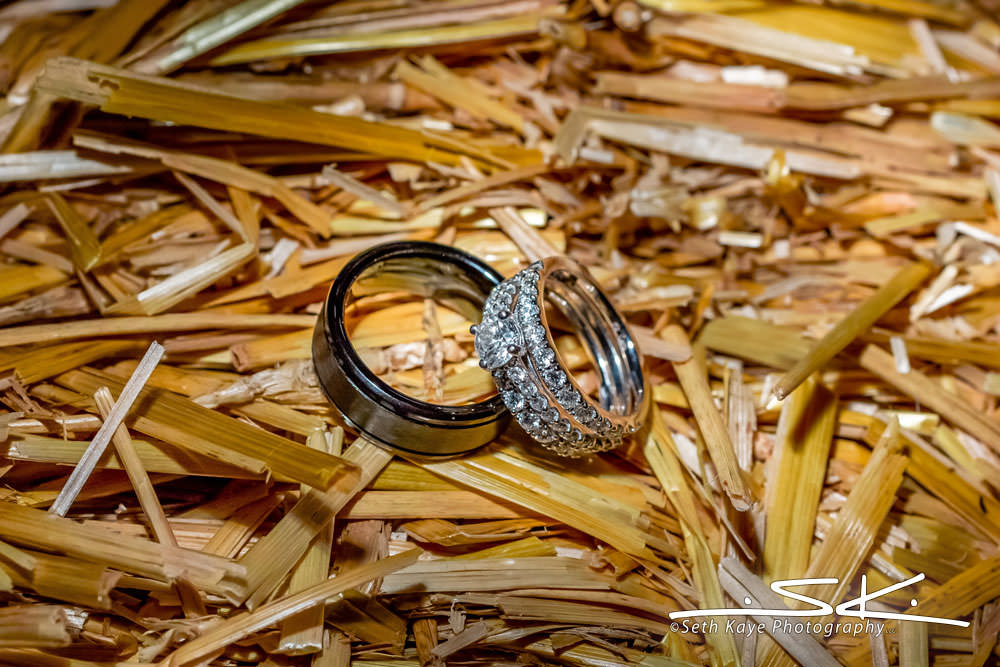 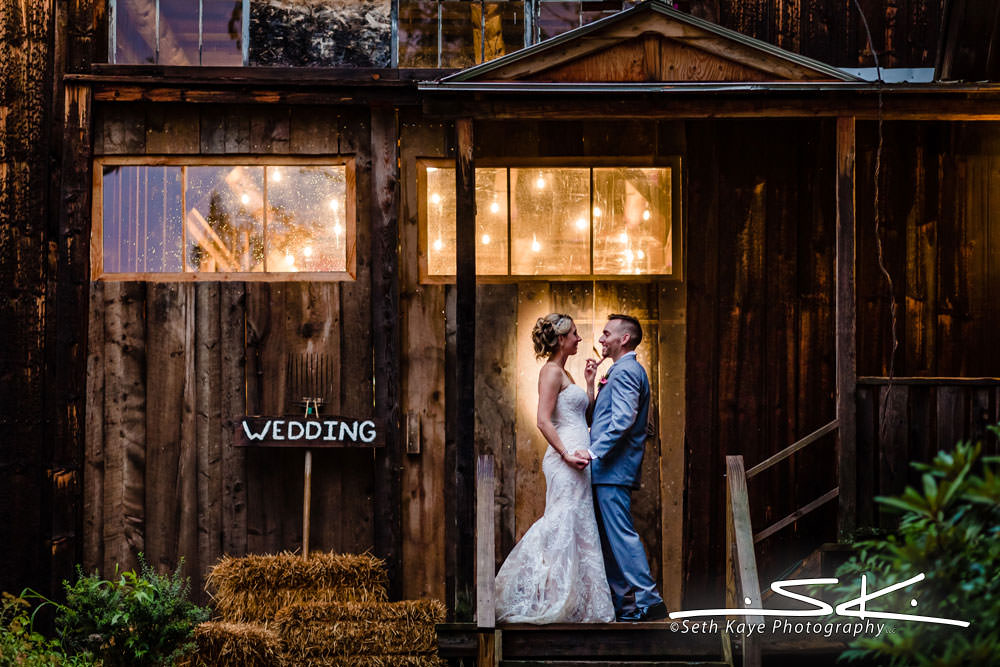