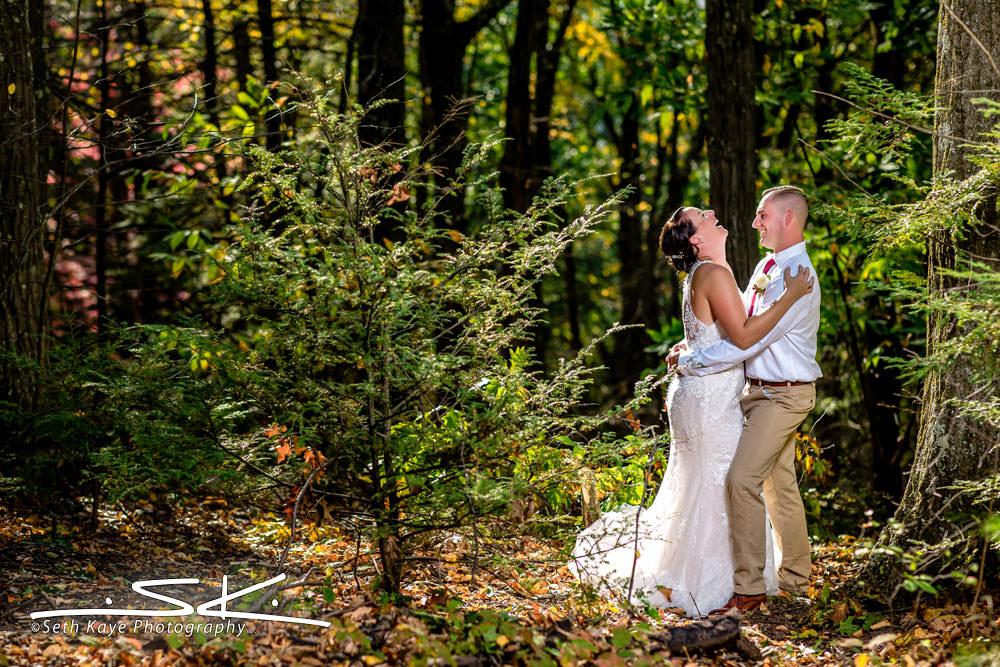 Tammie and Andrew had their first look and wedding portraits at Mount Tom this fall, followed by a backyard ceremony a short drive away at their home in Easthampton.

After getting engaged on New Year’s Eve in Times Square, they’d made plans for a big wedding that had to be adjusted due to the pandemic. While still planning on having a larger celebration next year, they held onto their plans to get married this year, and did so in style.

I connected with them on their wedding day at Mount Tom where they’d planned their first look. Andrew and his groomsmen arrived first and waited for Tammie and her bridesmaids to arrive. With a view of the valley behind them, they saw each other for the first time that day, which was followed by family and wedding party portraits. We also had the opportunity to make a few portraits of just the two of them while up on the mountain.

As Andrew is a police detective with the K-9 unit, we incorporated his badge, handcuffs, and later German Shepherds Gino and Levi, the ringdog and flowerdog, respectively, into their photos.

After driving back down the mountain and then a short distance to their home, family and friends were awaiting their arrival in anticipation of Tammie and Andrew’s backyard ceremony. With a tent for dinner already set up and chairs aligned for guests outside in the fall air, the wedding party walked up to the ceremony site from the house, finally being joined by Tammie as she joined the waiting crowd.

The late afternoon sun lit the scene for their ceremony. Then after two speeches and a few more portraits, dinner was served. 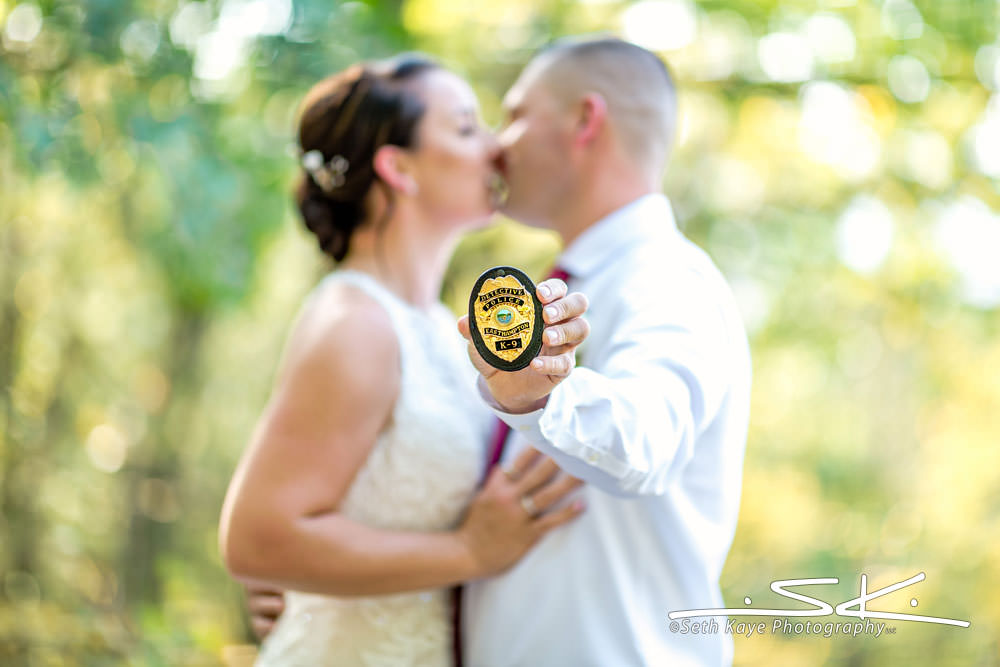 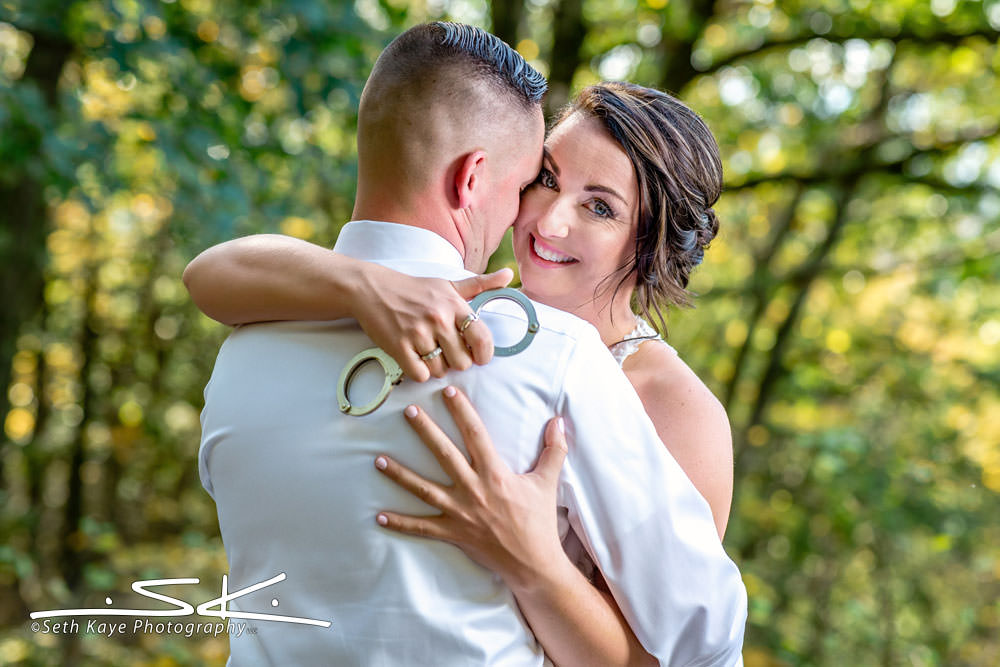 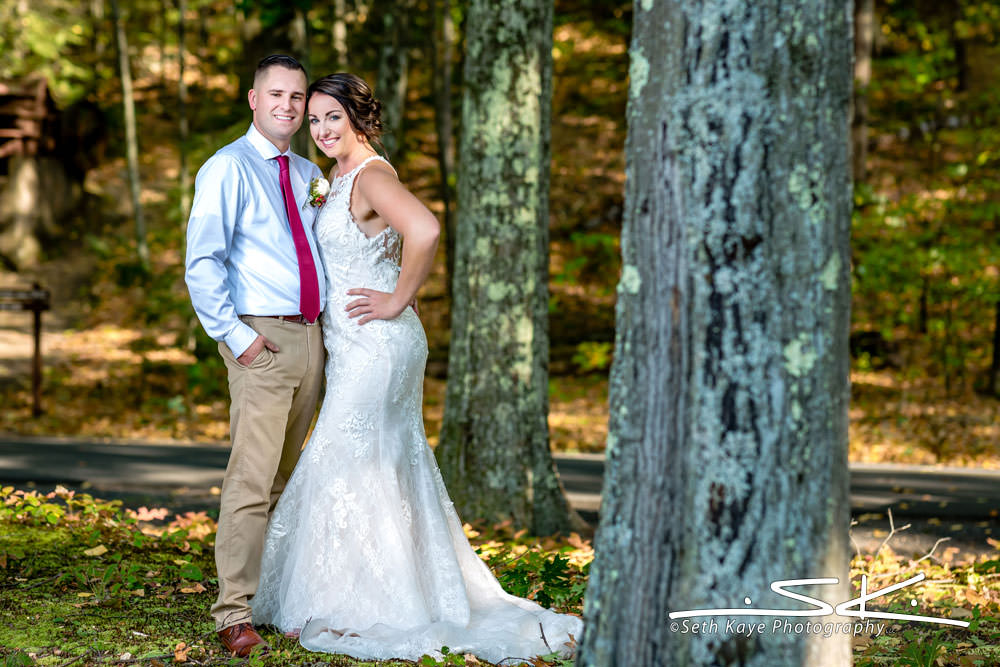 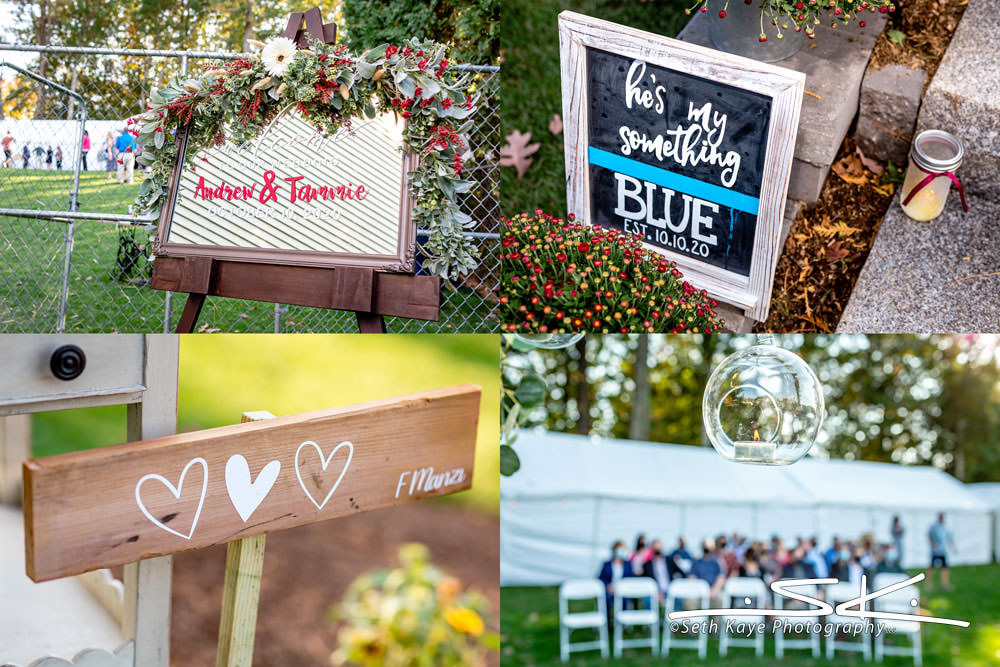 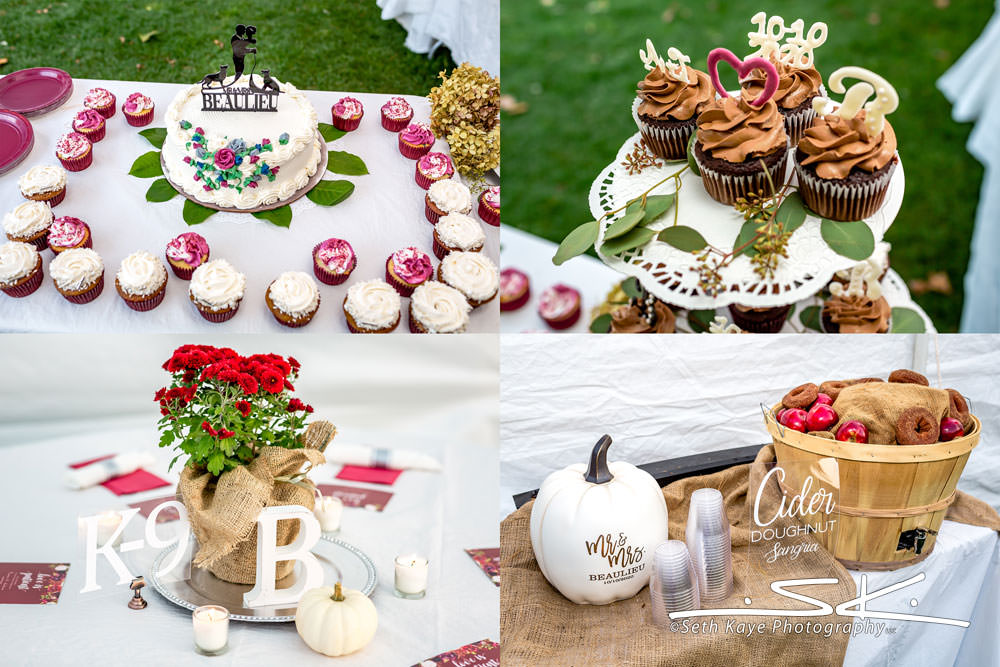 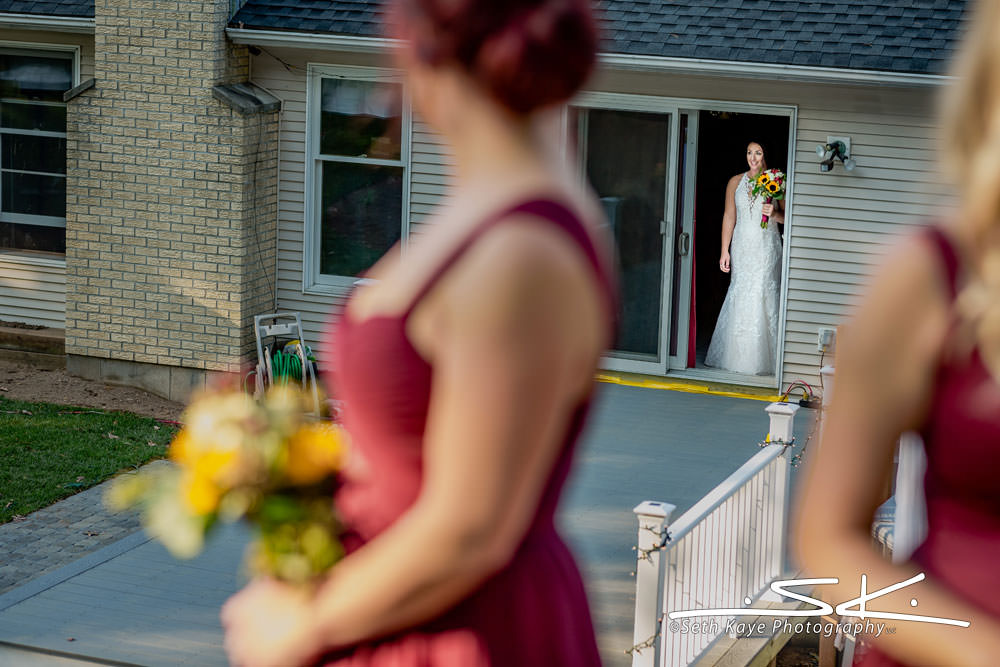 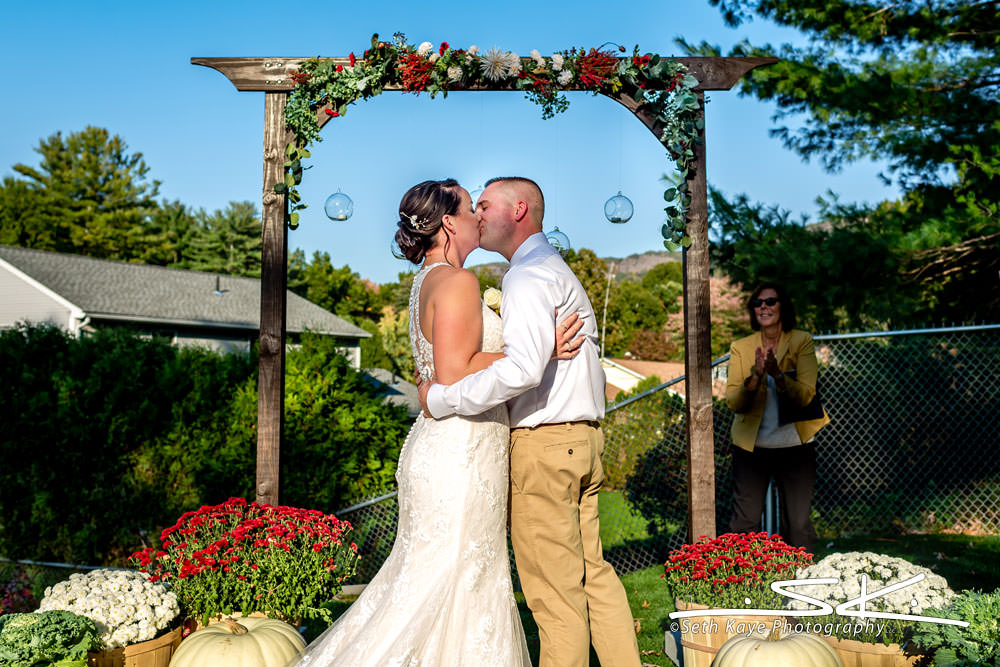 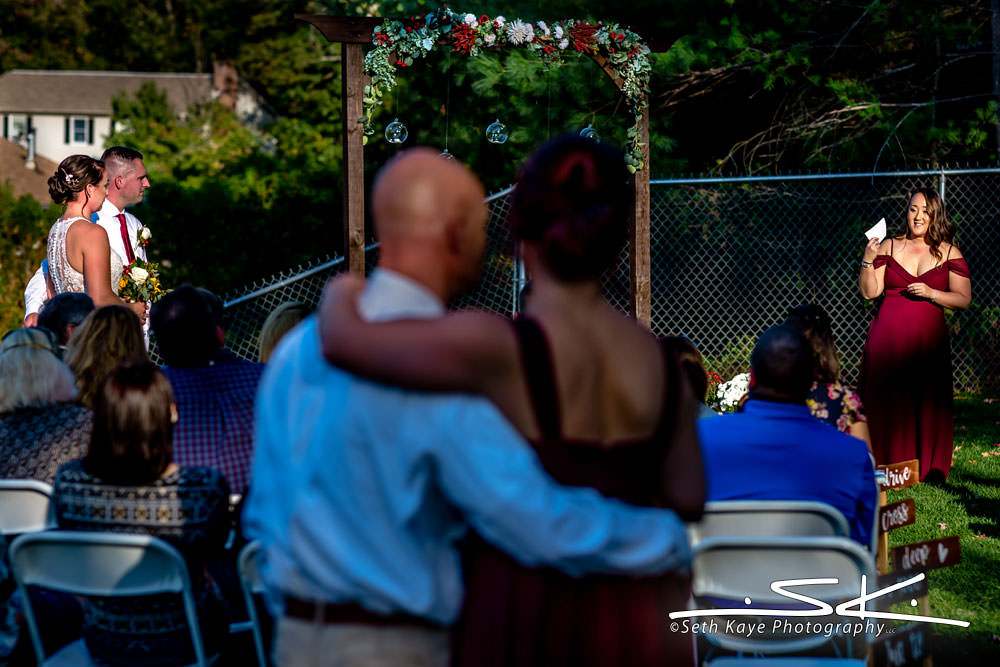 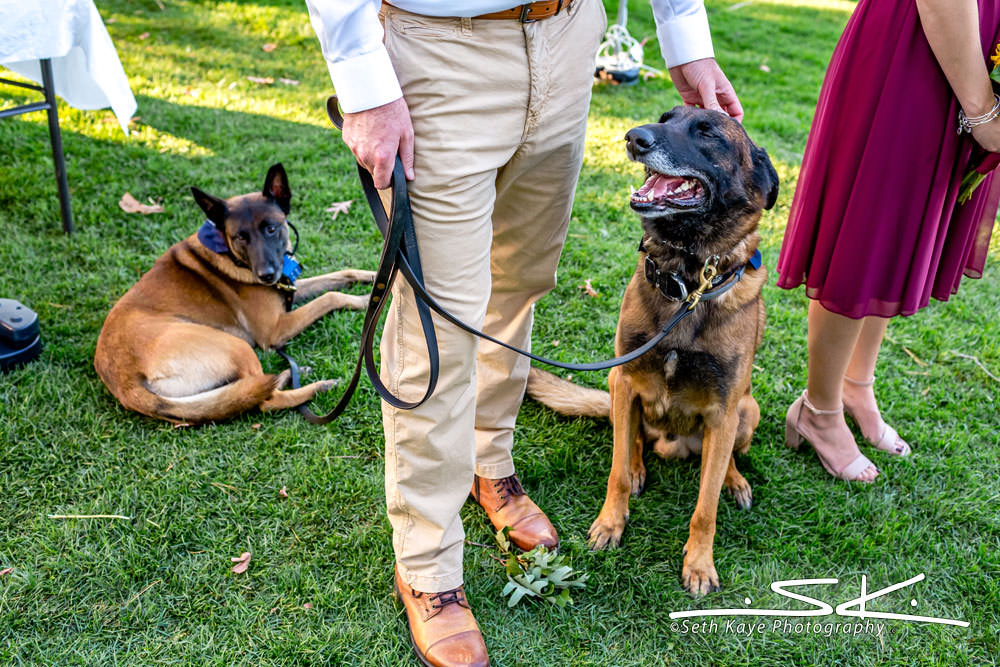 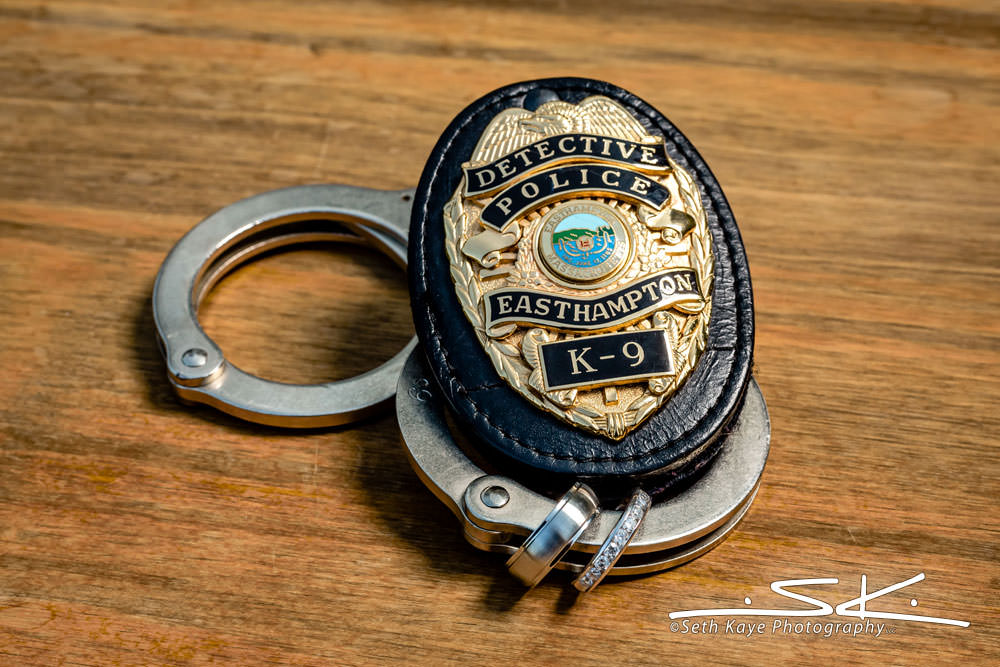