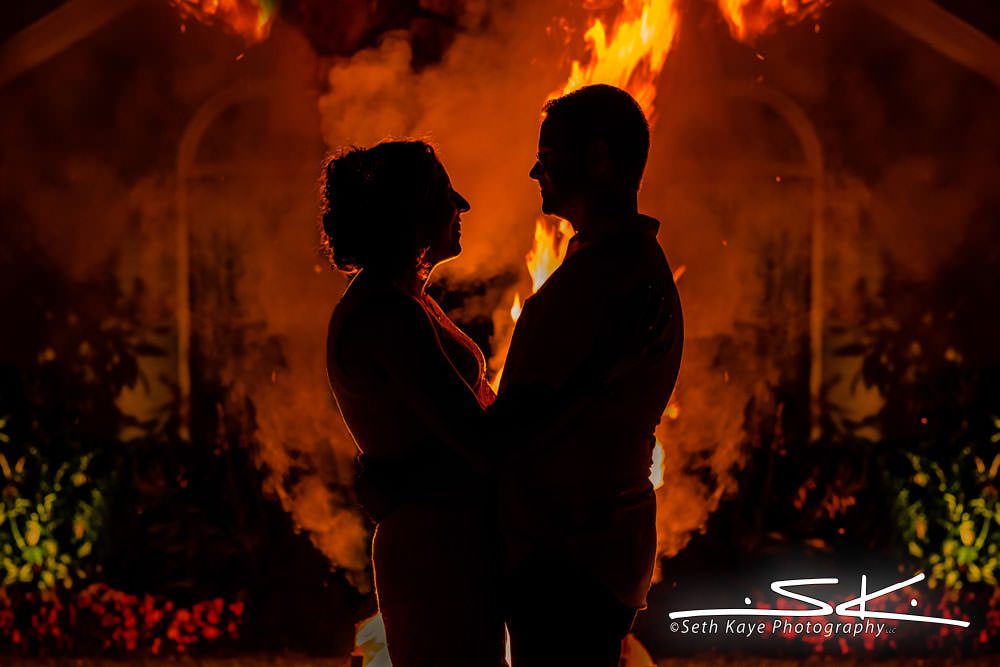 Kay + James were married in her parent’s beautifully landscaped backyard in West Springfield surrounded by their closest friends and family. They met at a barbecue when she was invited by friends to the apartment complex where they lived, and James happened to be there. Six and half years later they were ready to tie the knot.

On the day of the wedding both got ready in Kay’s parent home, James in the basement and Kay on the second floor with her bridesmaids. There was a lot of activity in the house considering the DIY theme of the day and the number of memorable and heartfelt details that adorned different areas of the house and backyard.

Inside the house was a sign where they were counting down the days until the wedding, with the number in chalk so they could adjust it daily. Under a gazebo in the backyard they had created an area for a sand mandala to be constructed throughout the day, added to, and changed by whomever wished to contribute.

The ceremony site itself was set back a bit in the yard with chairs that created a semicircle where their guests would sit. Atop a table handmade by Kay’s father were many creative and sentimental details and features that would play a part during the ceremony. These included handmade booklets that contained Kay + James’ vows, candles, stones, nests, artwork, a Buddha, and a small tree upon which their rings would rest until they were ready to put them on.

In addition to a memorial table there were displays of photographs from Kay + James’ life together, a box for guests to contribute recipes, a number of handmade centerpieces, and an impressive amount of pies and other desserts made by family and friends. Kay’s father manned a brick oven in the backyard, bringing out custom pizzas every few minutes which was served in addition to the BBQ that was raised just for this occasion.

Also in the backyard was a treehouse adorned with candles, wine, personal details, and netting to keep the bugs at bay in which Kay + James would be spending their wedding night together.

While it was a hot summer day, the weather was perfect for their outdoor celebration. During the ceremony James gave gifts to Kay’s sons, and later guests held hands within the semicircle while they recited their vows. We then made a number of portraits of the newly married couple with their families, starting with the kids so they could go enjoy the pool.

The sweetheart table was adorned in a similar fashion to the one that graced the ceremony. Moss and candles and flowers ringed the table in a truly unique and symbolic array of detail.

After a toast and parent dances, their kids joined them on the dance floor which began the dancing portion of the night, both under the tent and outside in the yard itself. Music played throughout the evening and we had the opportunity to make a few portraits before the sun set. Once it did we utilized the bonfire to make the signature image of the night, and finally, to end the more formal part of the day, Kay + James jumped in the pool still dressed in their wedding clothes. 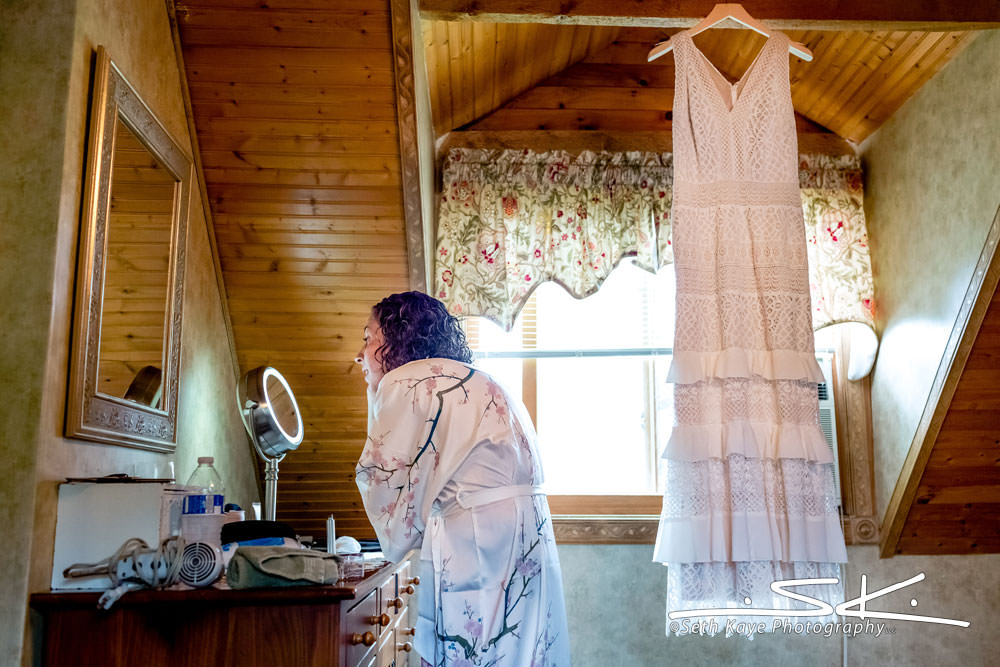 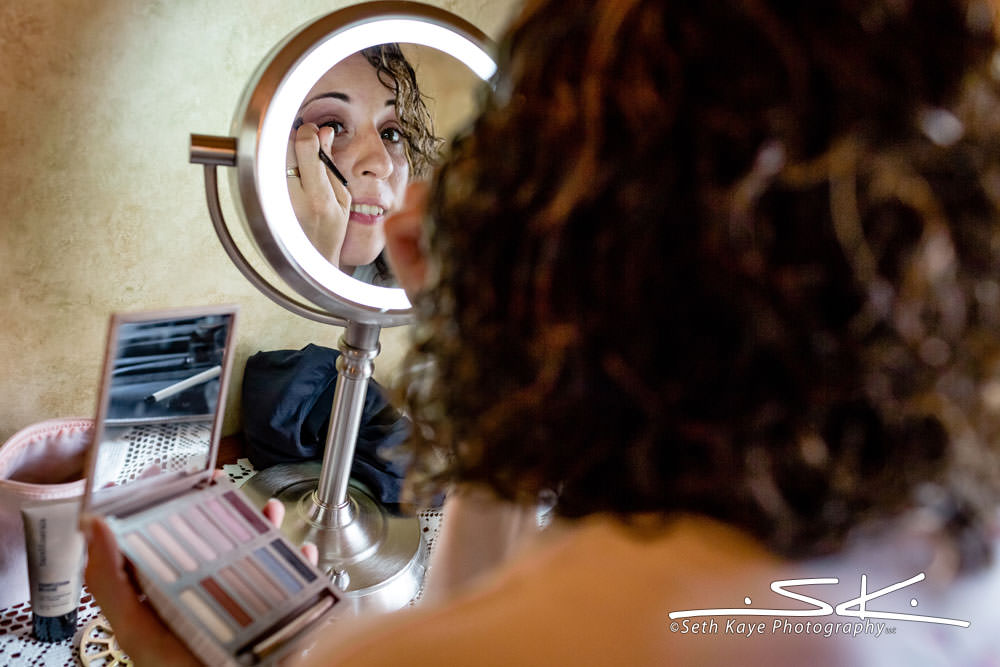 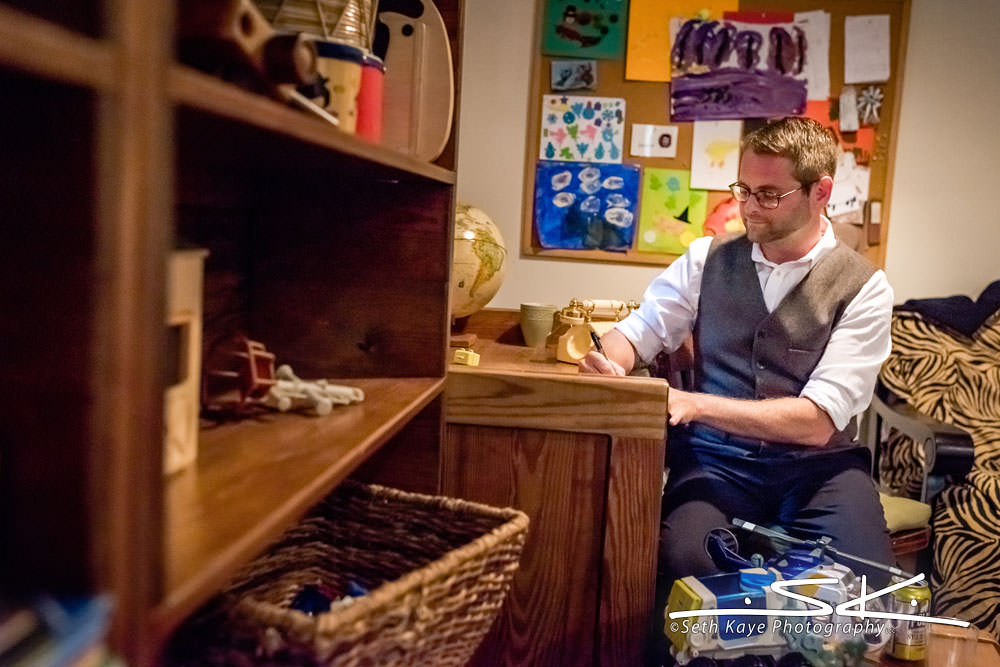 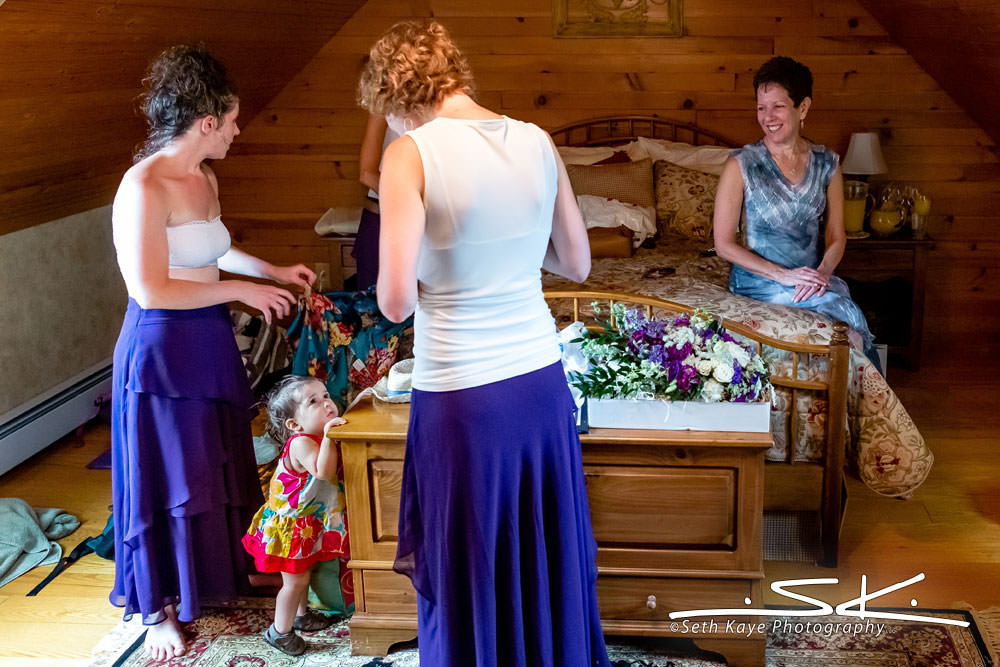 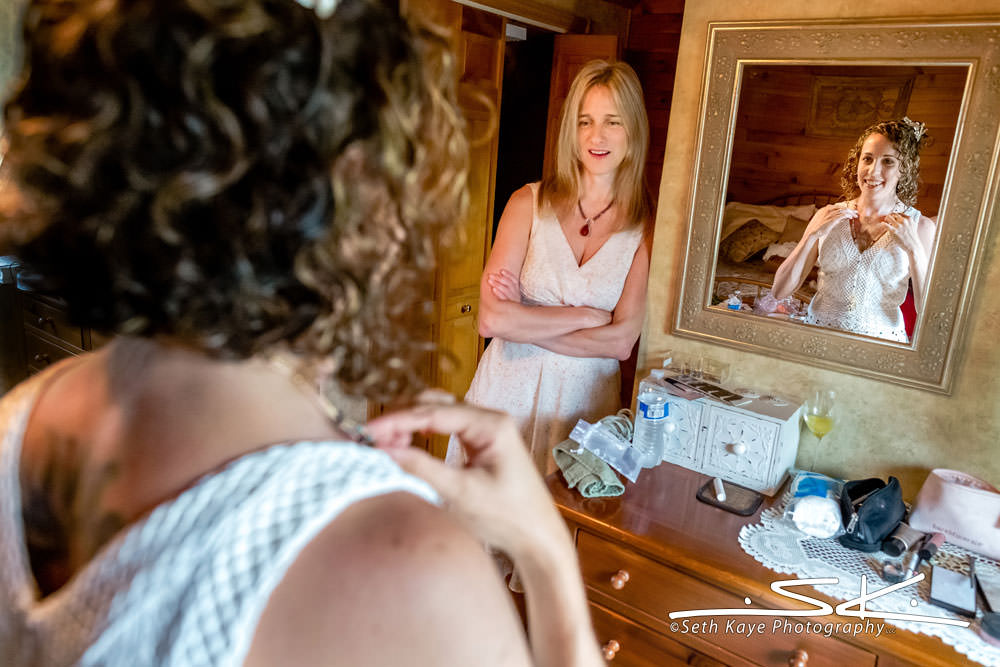 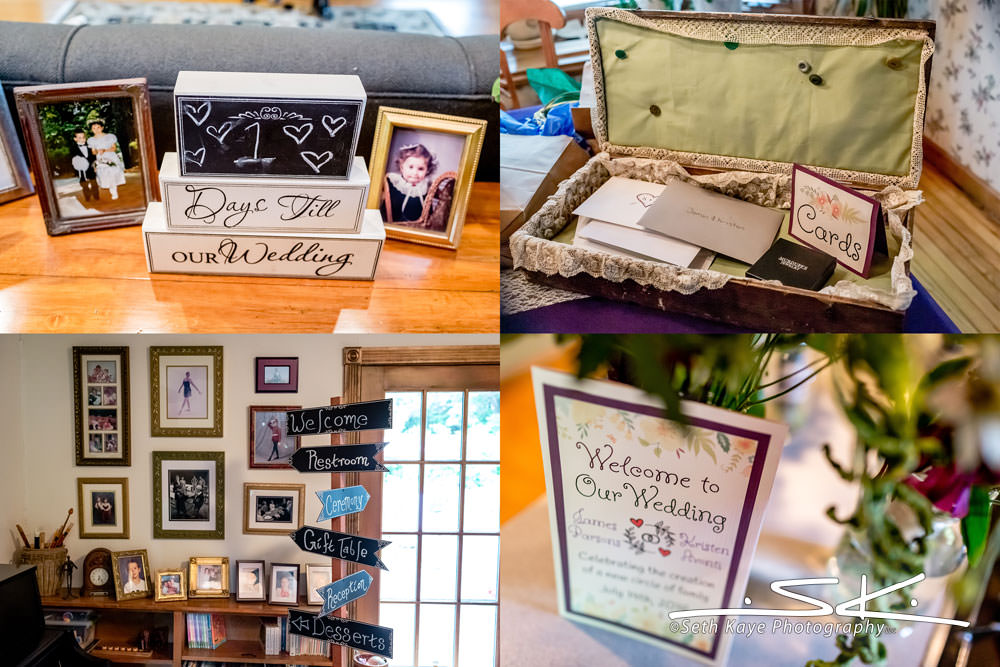 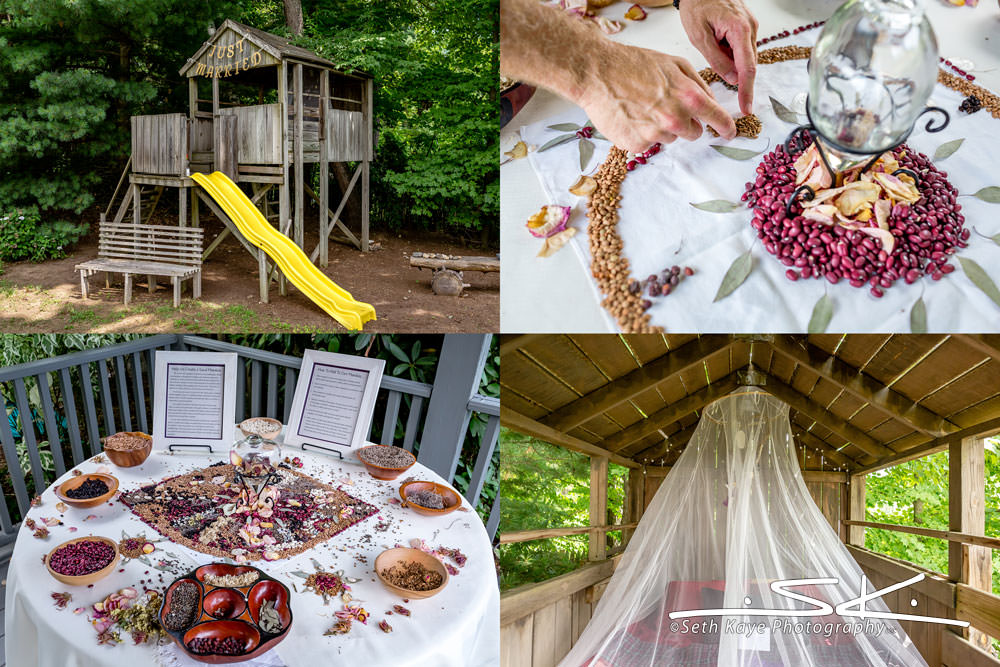 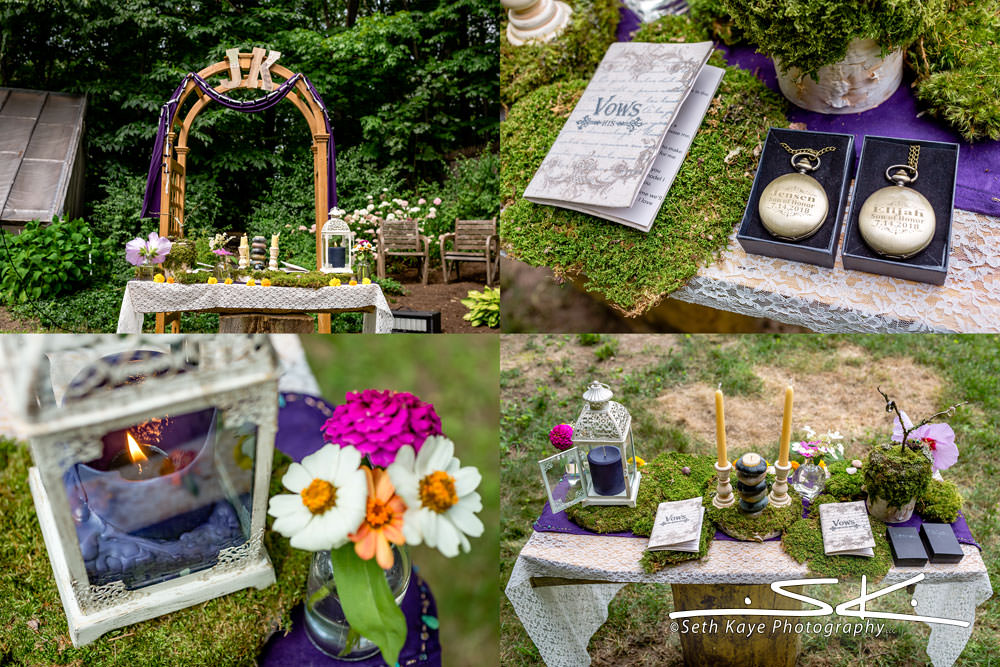 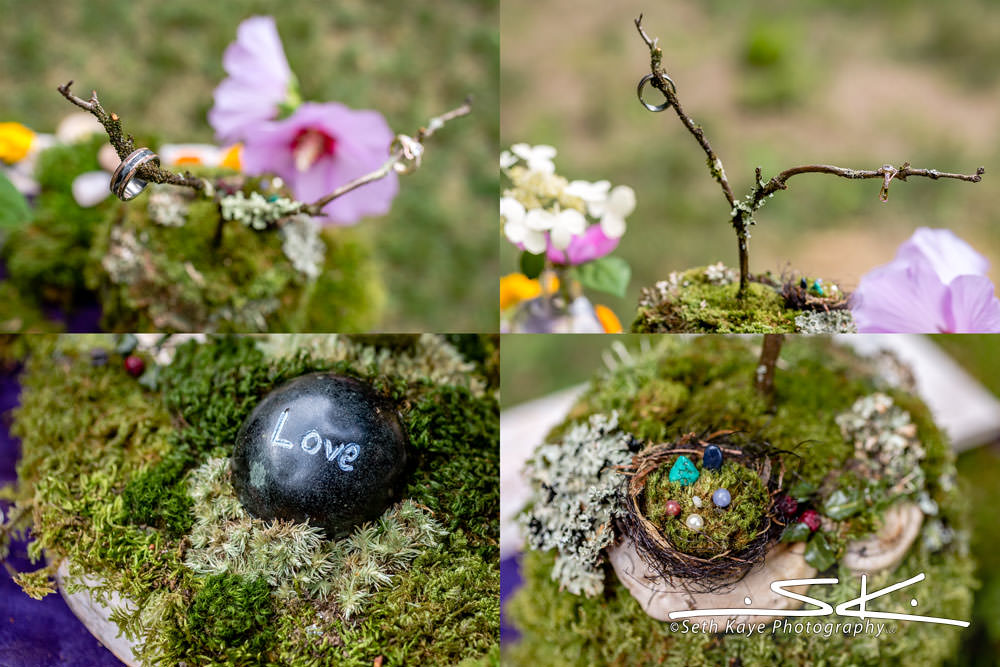 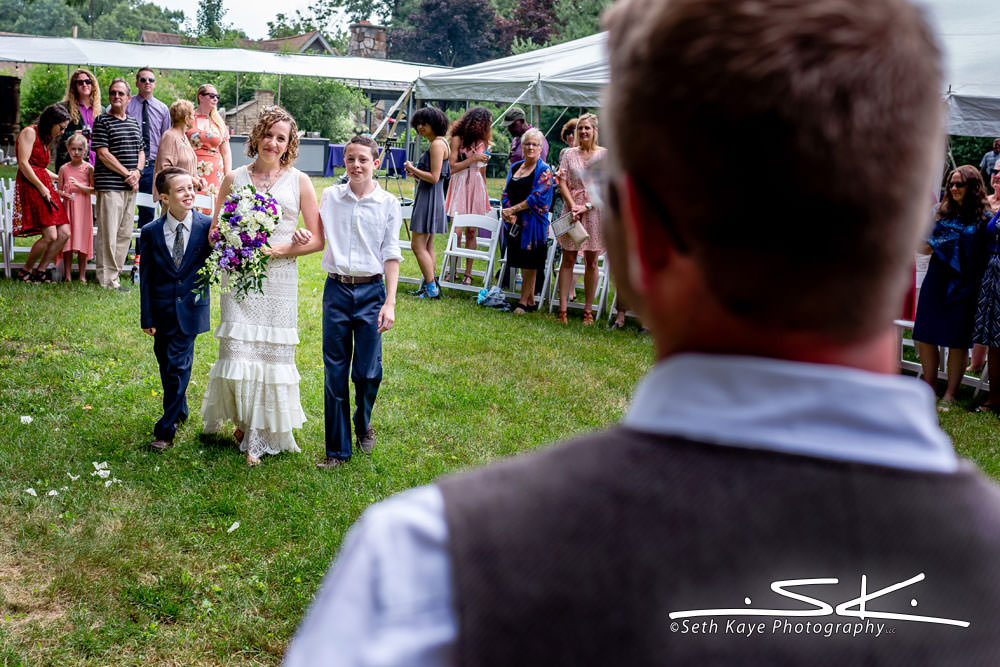 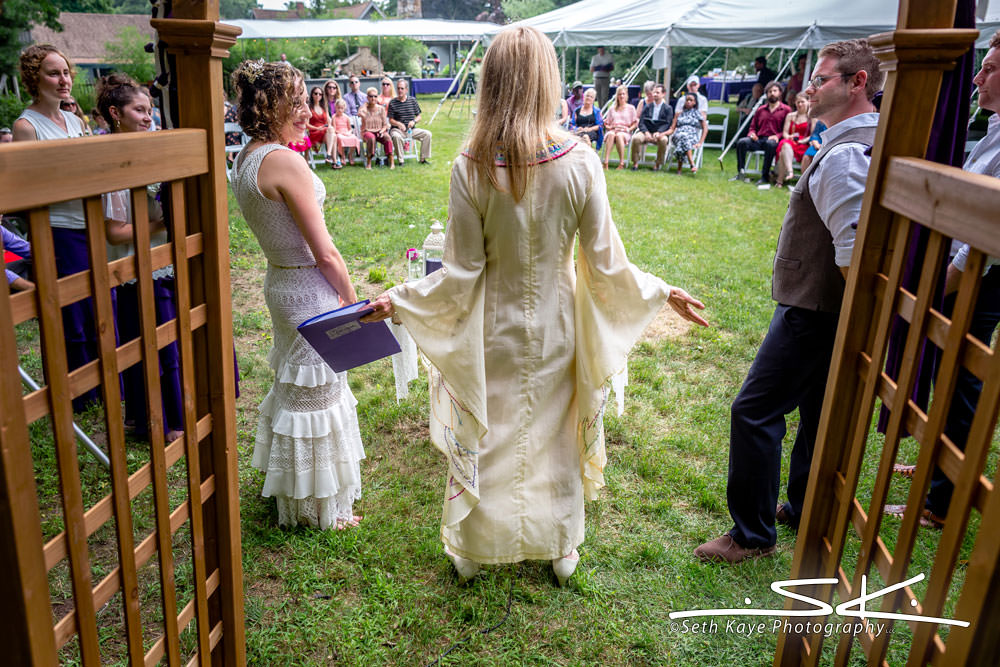 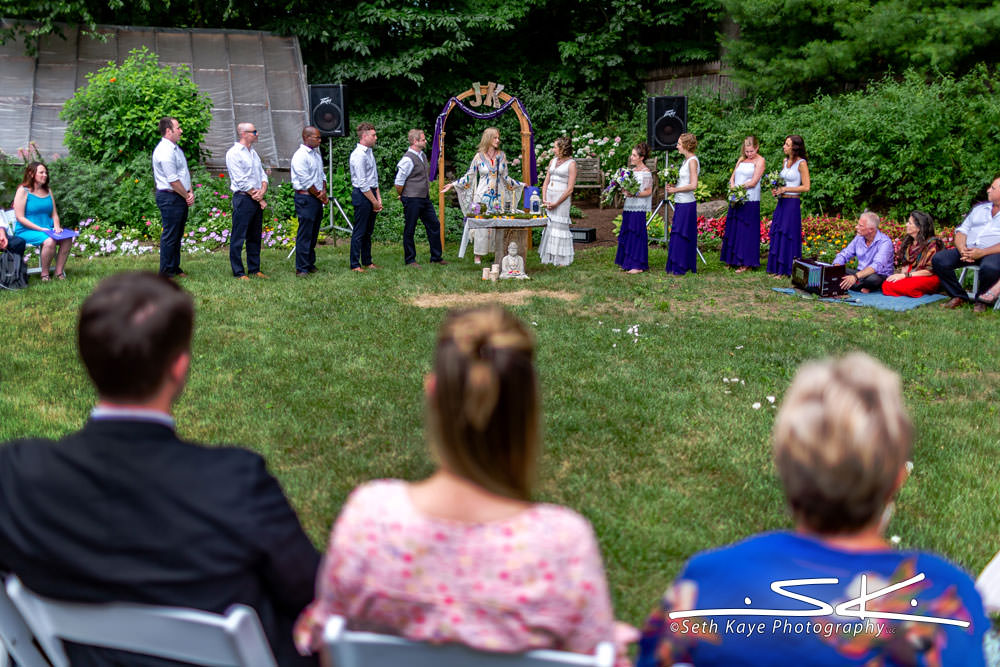 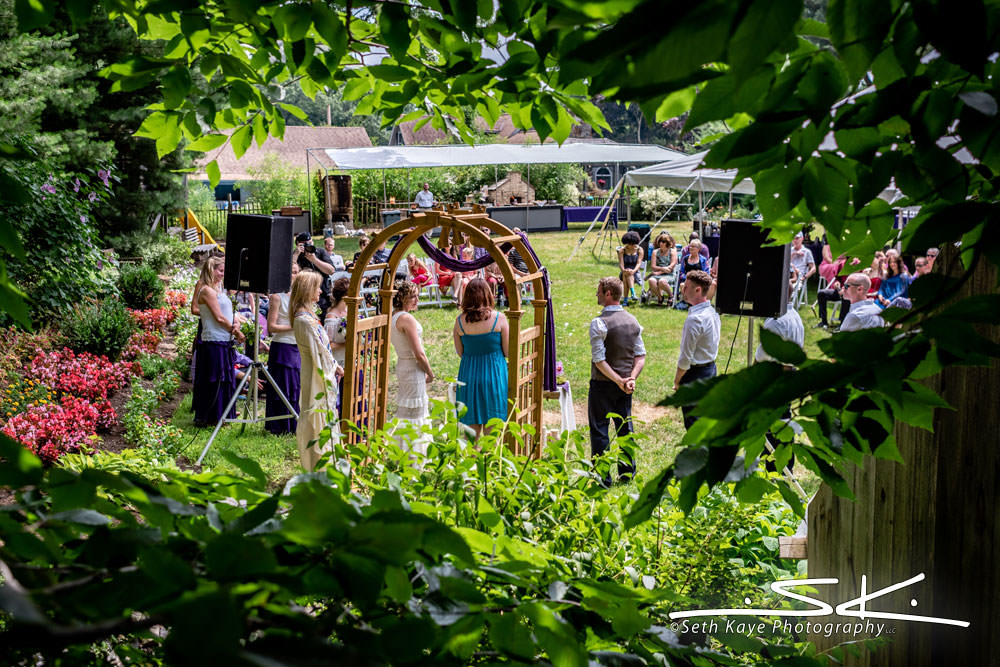 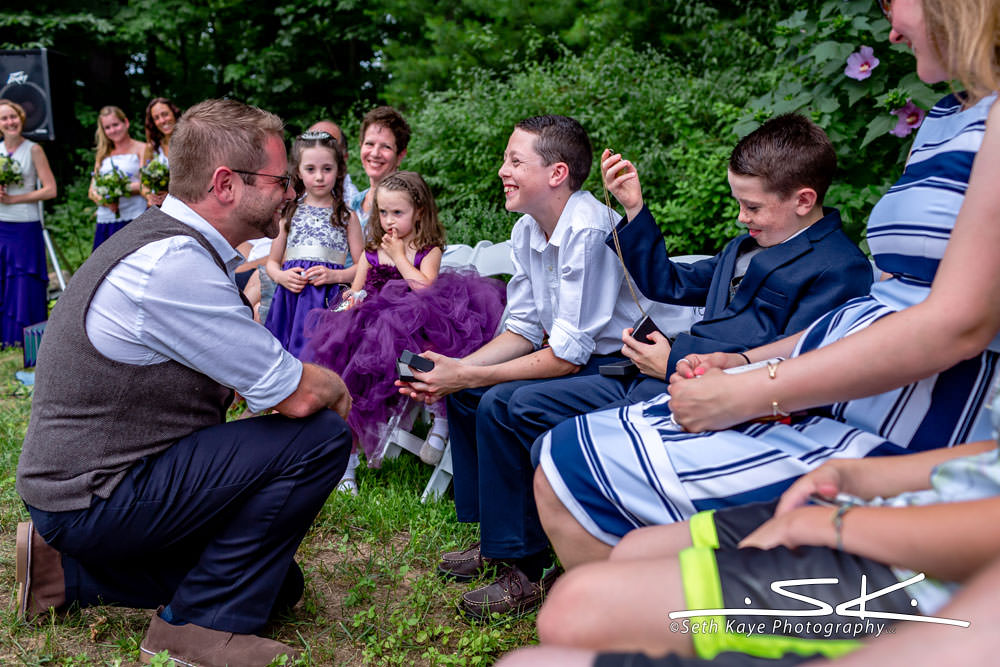 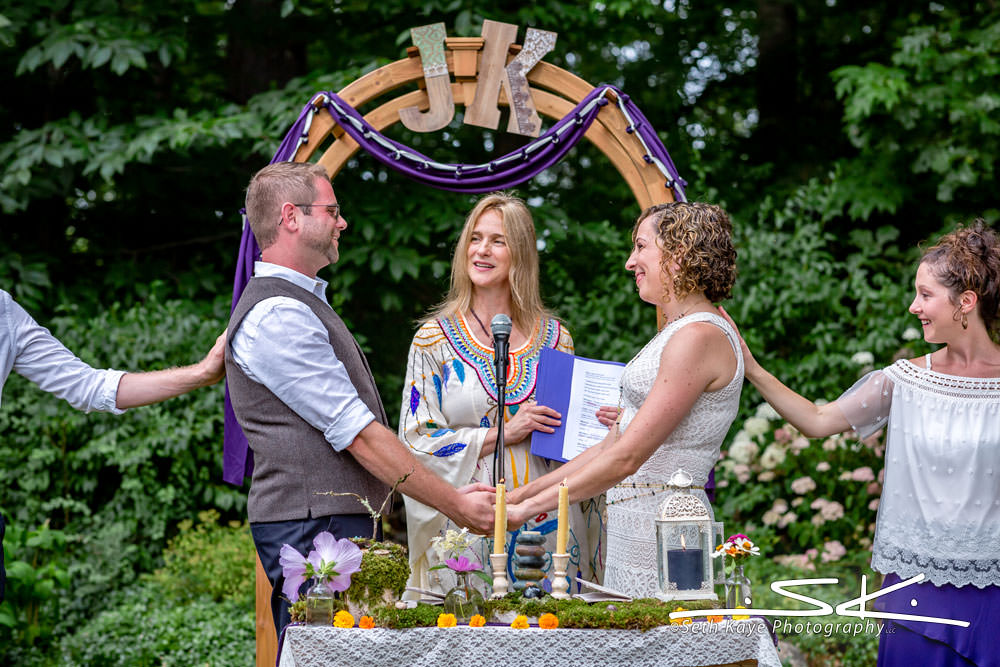 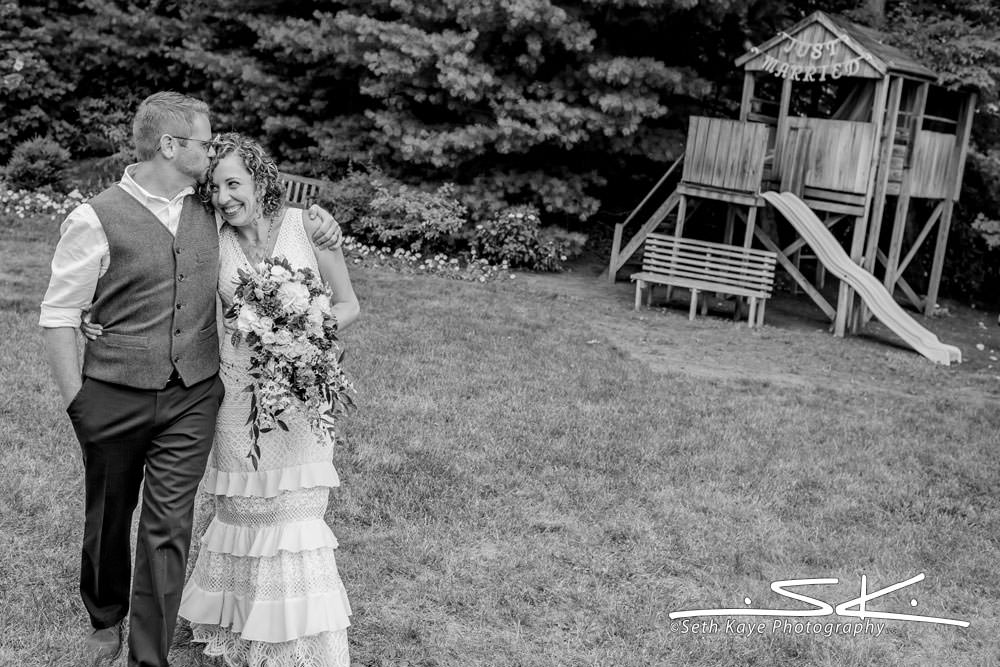 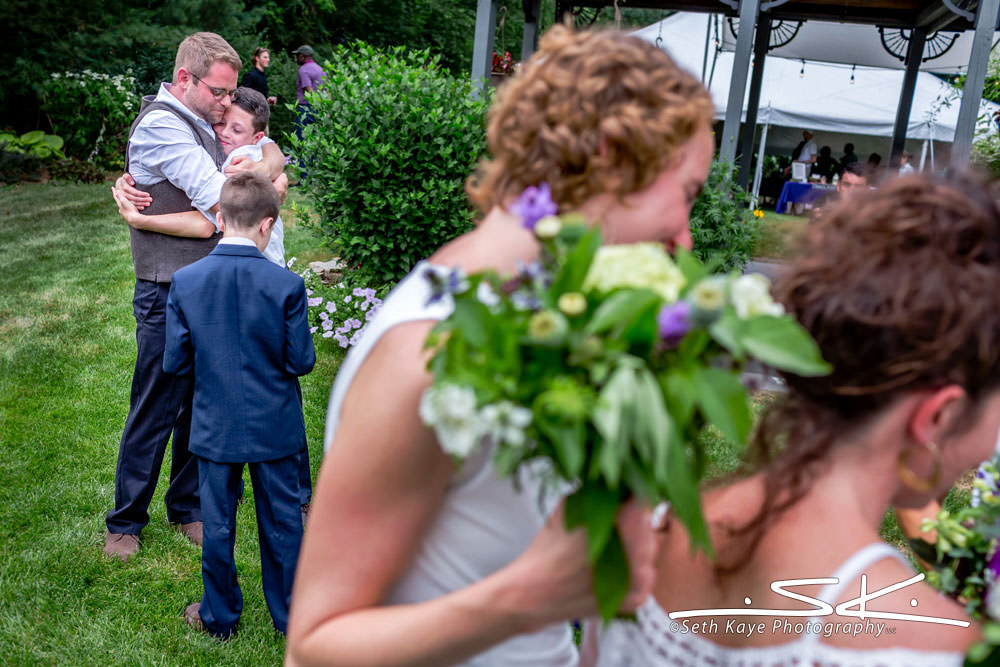 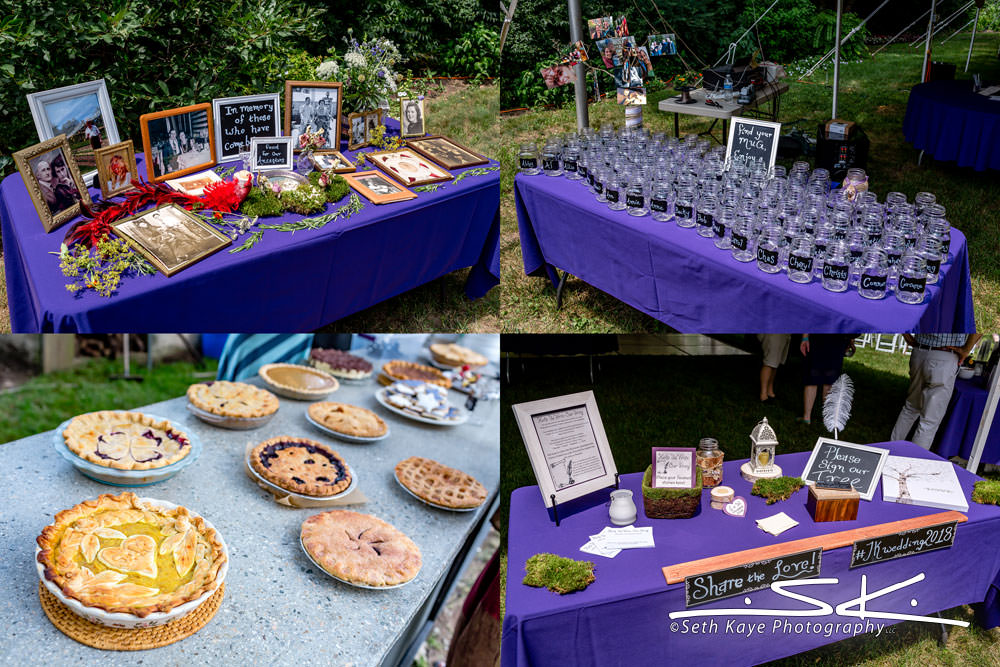 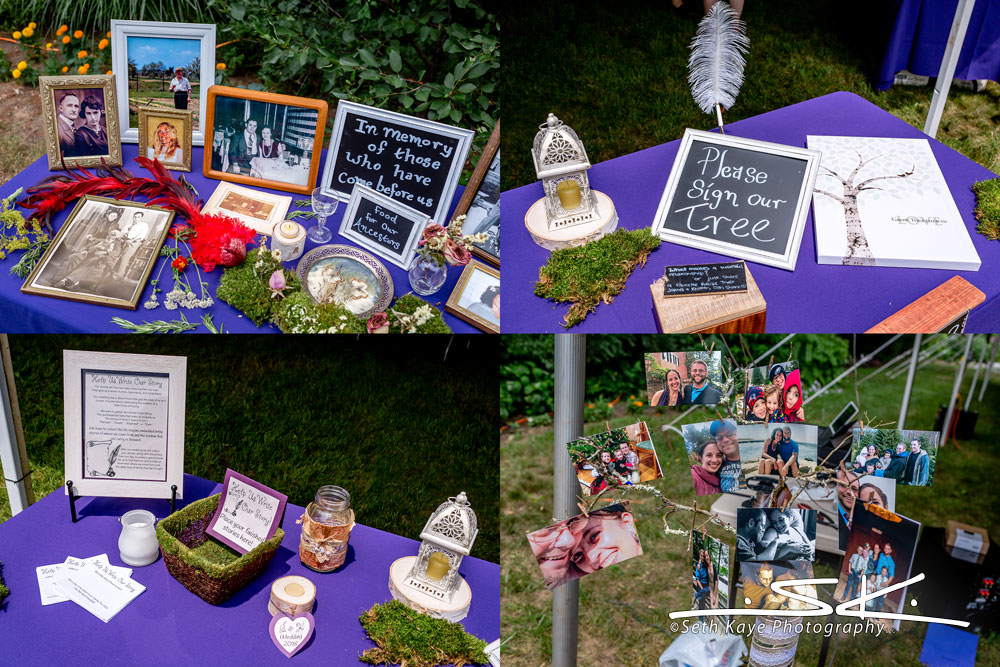 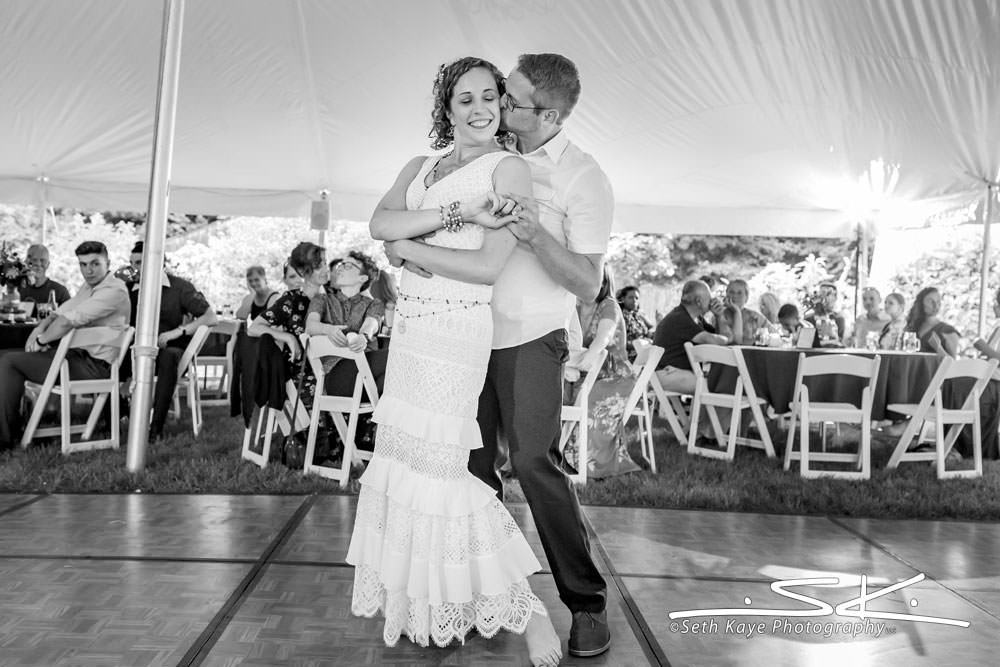 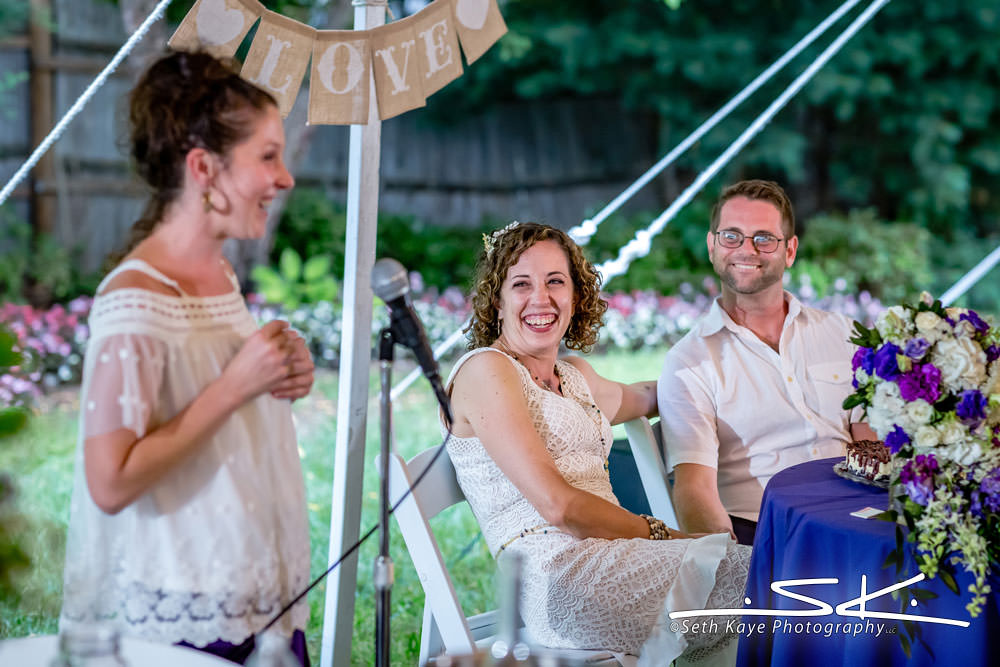 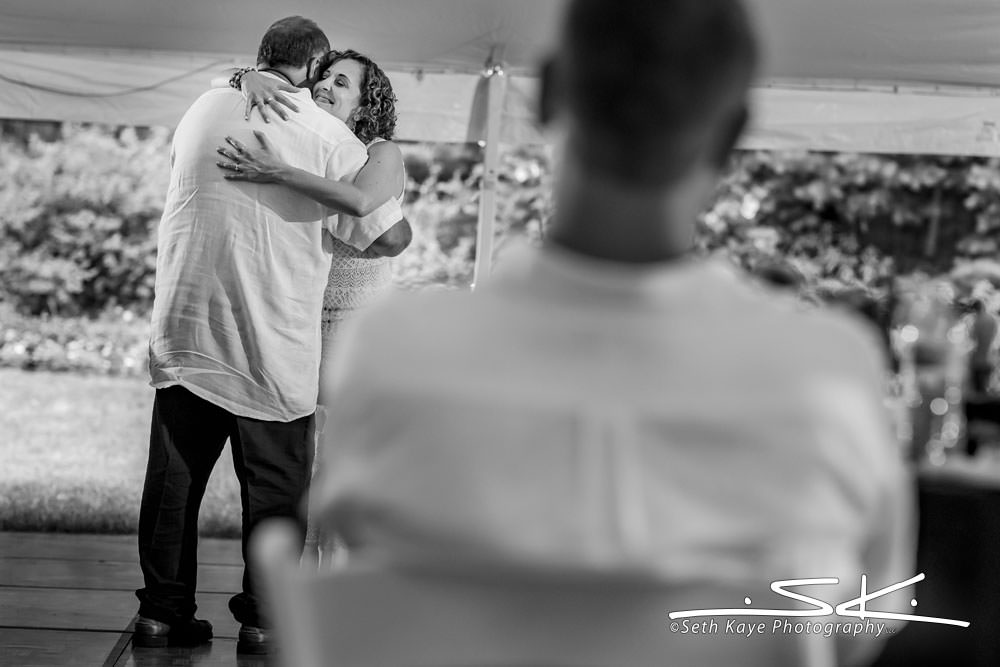 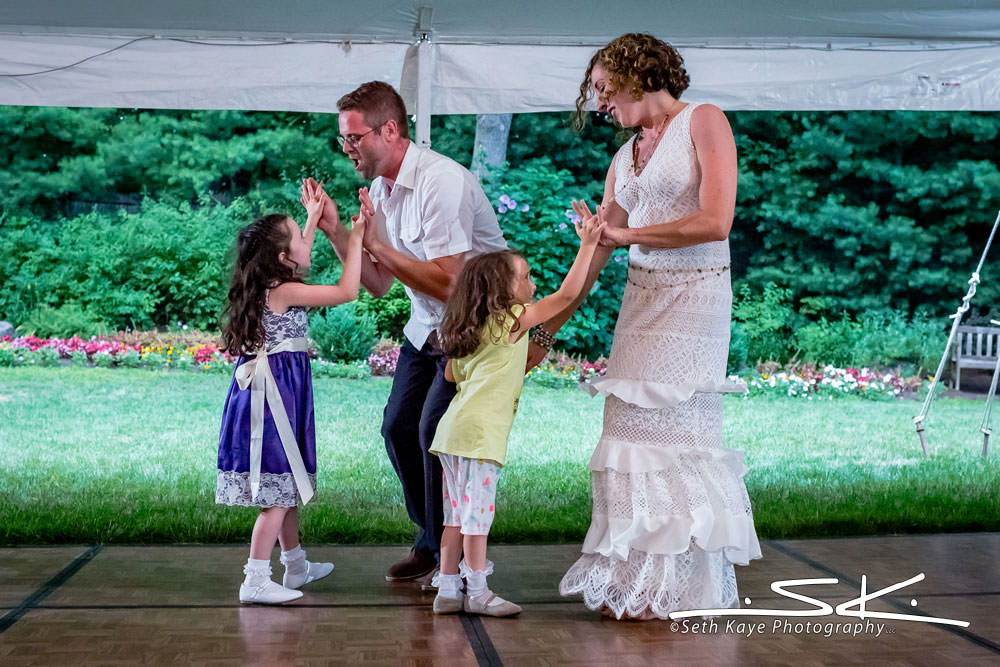 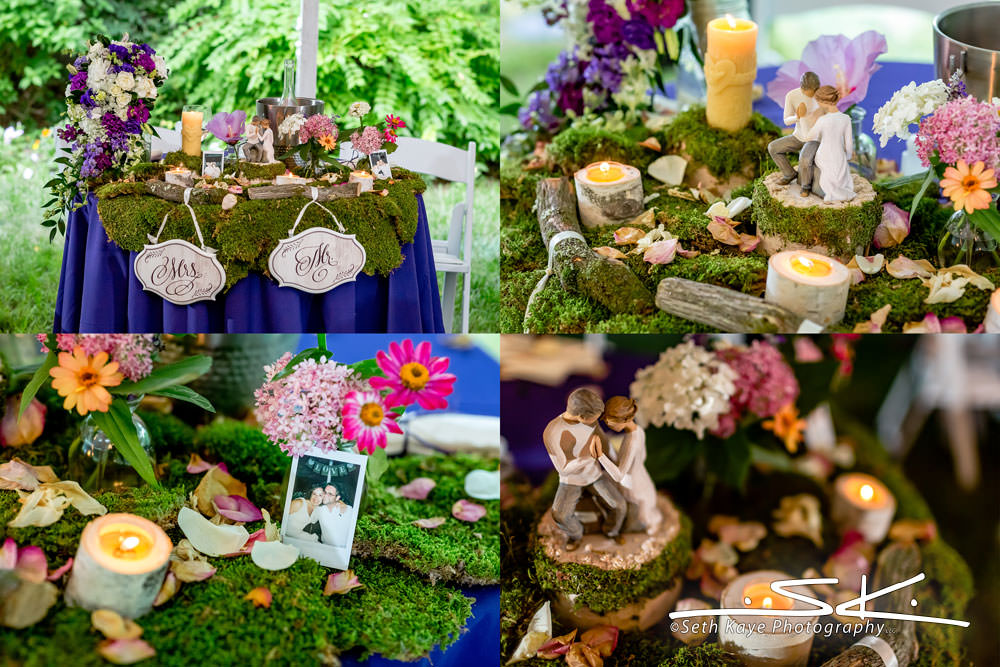 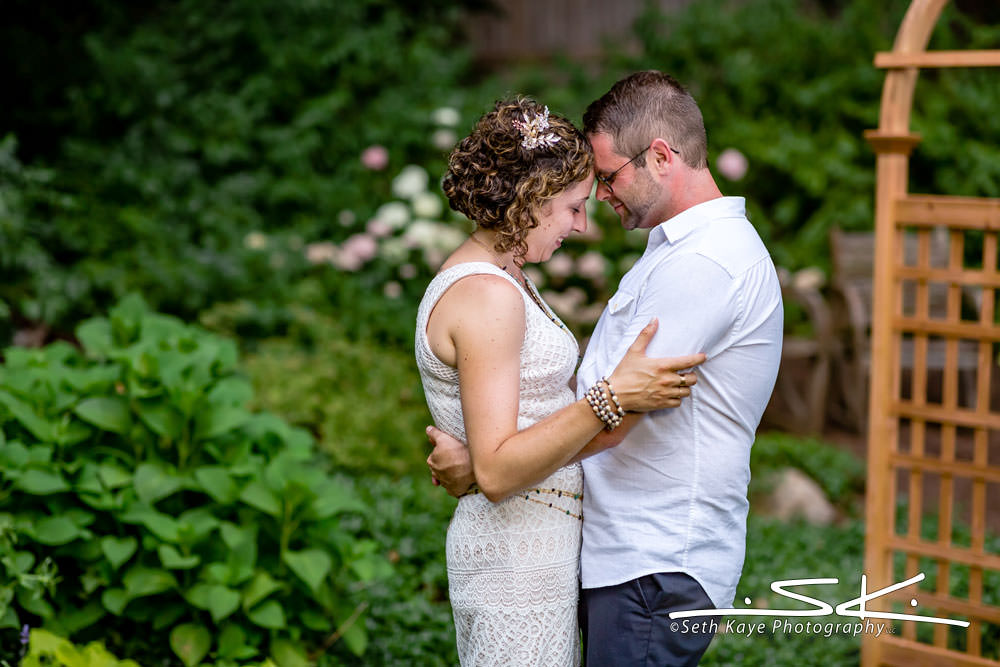 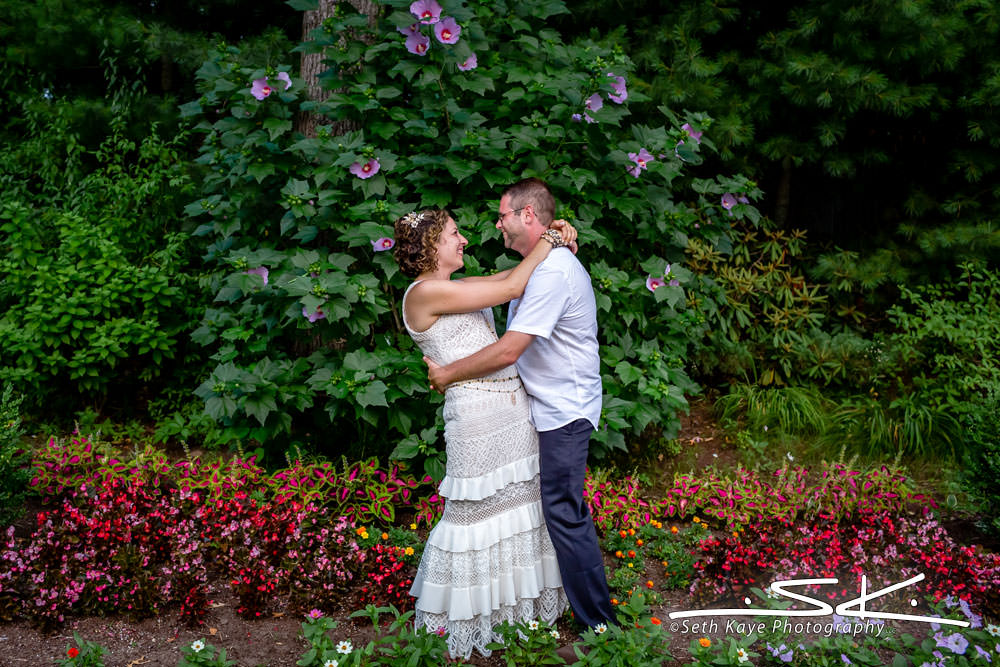 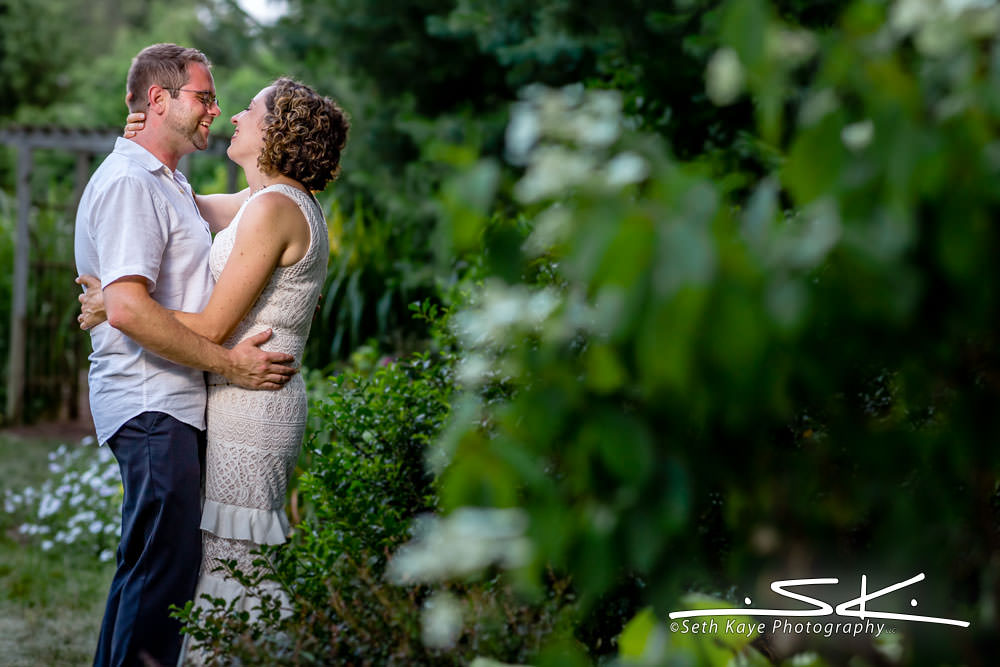 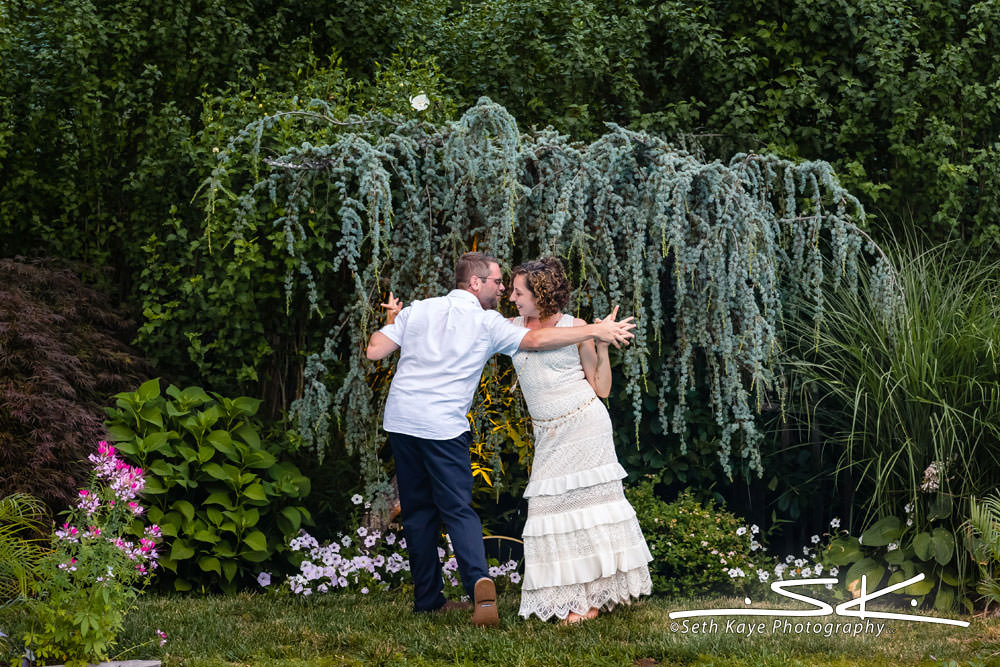 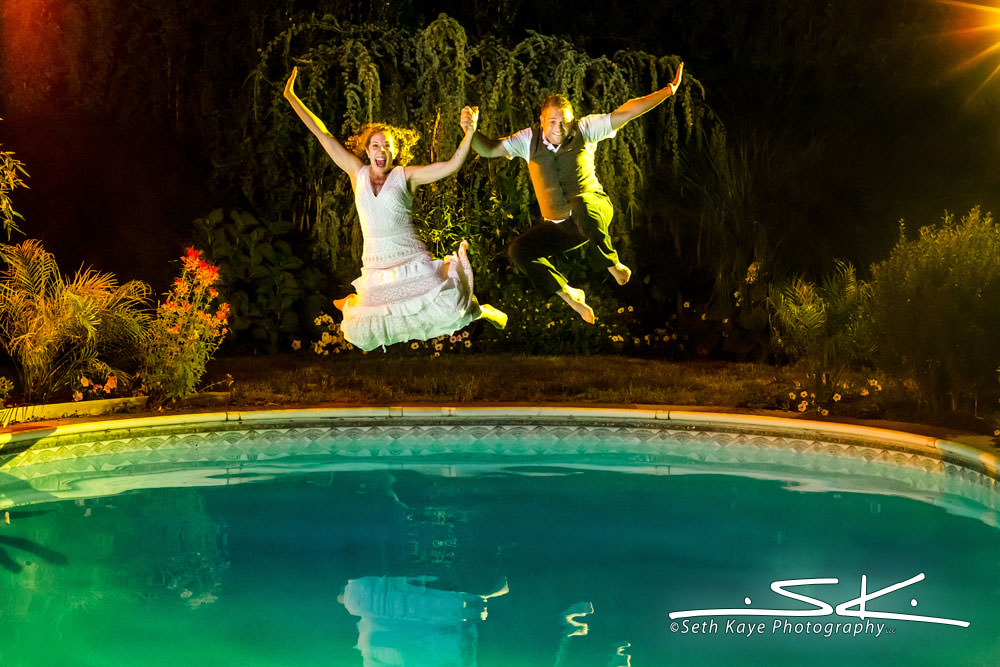