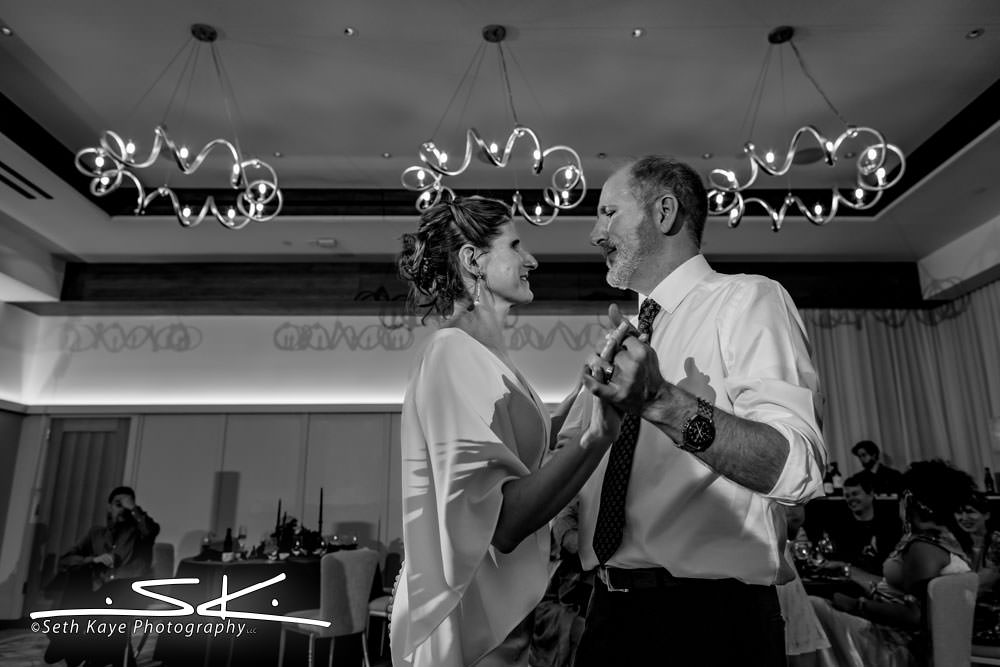 Kathryn + John met through a mutual friend and three years later were married at the Williams Inn in the Berkshires. It was a rainy fall day so the festivities were held indoors. Unfortunately Kathryn had sprained her knee a few days before the wedding, so she sported crutches that had been bride-ified and blinged by her sisters.

I began my time with them as Kathryn was getting ready in an upstairs suite with her mother, sisters, and her shorkie Barley, who was also the ringbearer. John was in the room where the ceremony would be held, greeting guests as they arrived.

Because it was just before Halloween they invited guests to dress up as they might for a costume party, and a good number of them did. They came to party, too, and there was a lot of dancing to show for it. 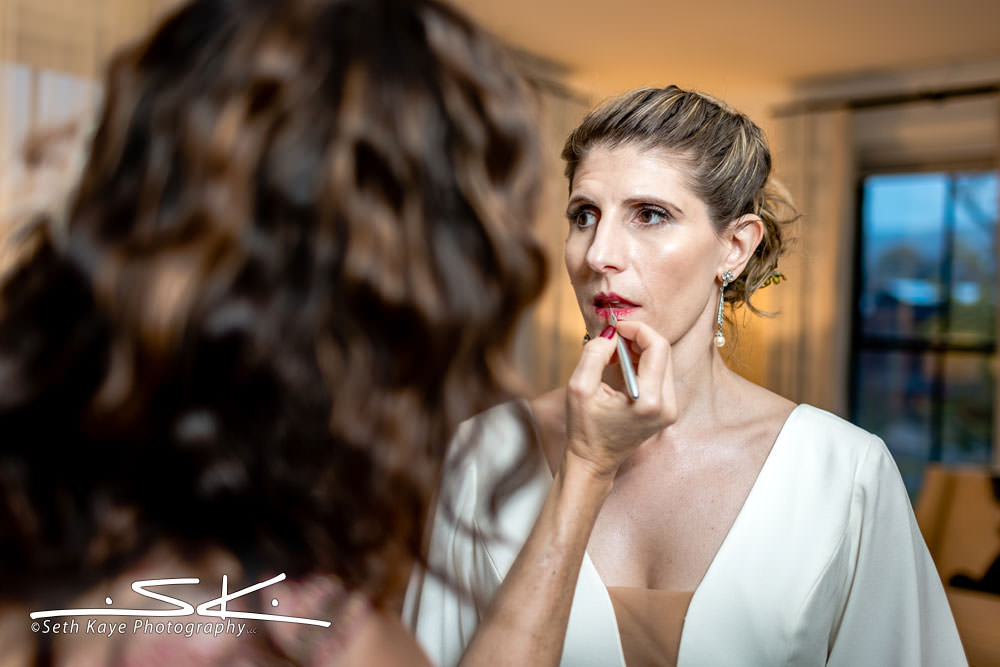 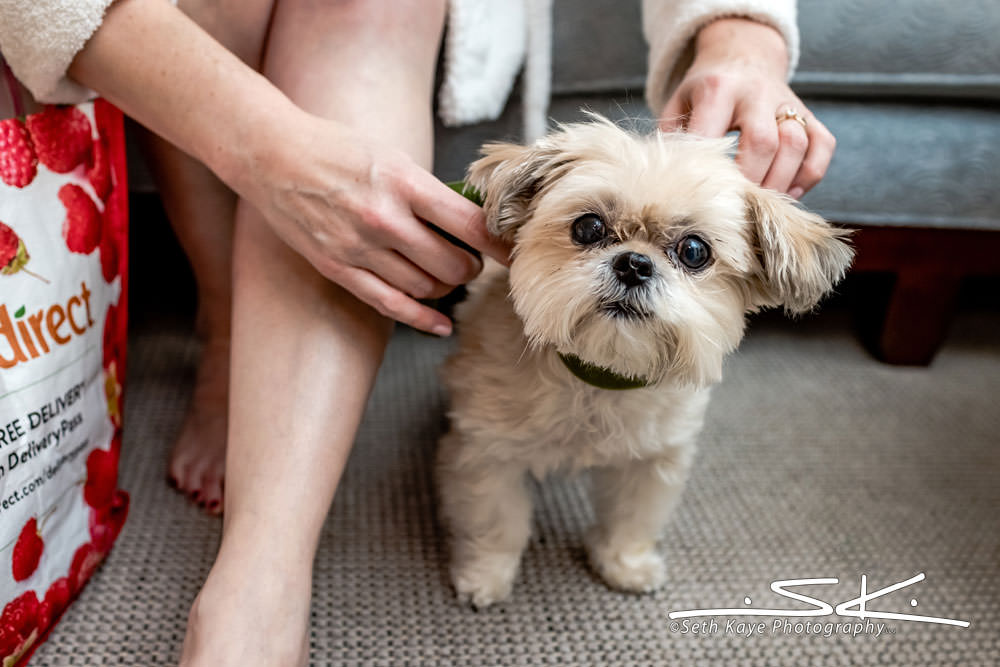 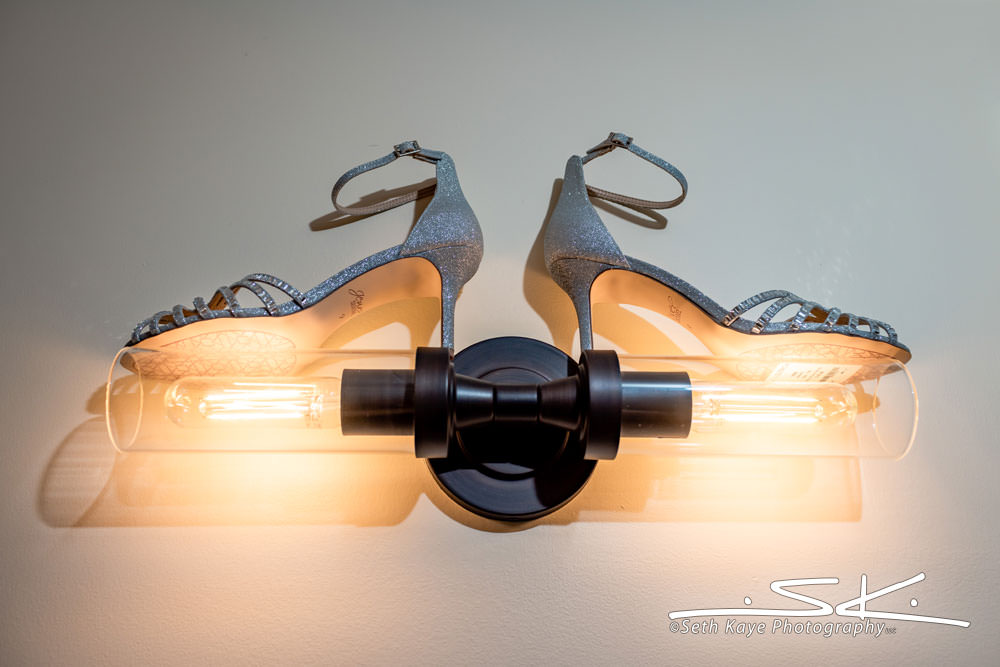 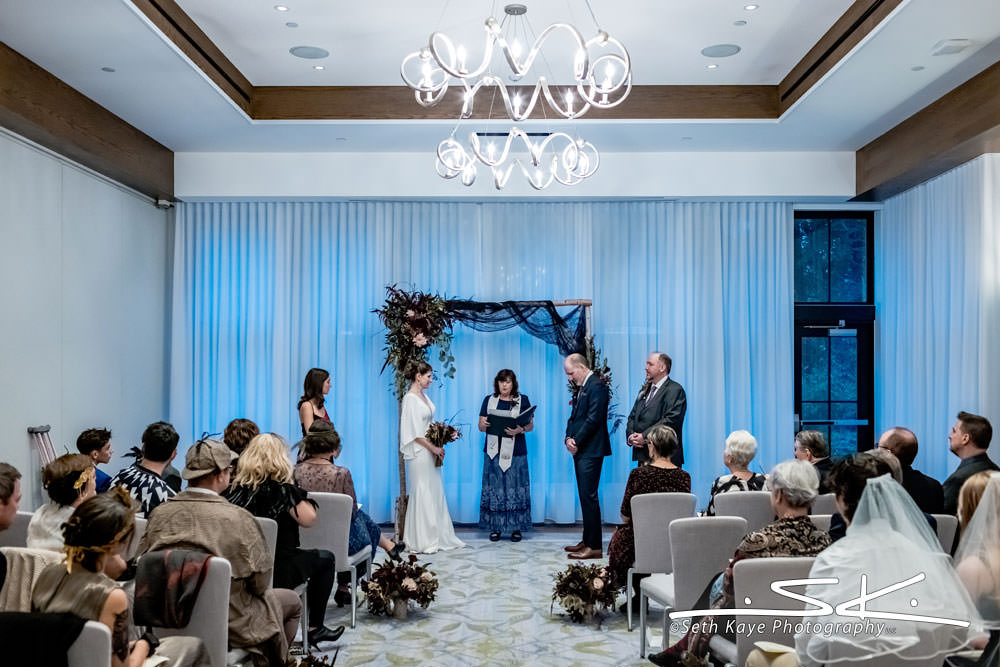 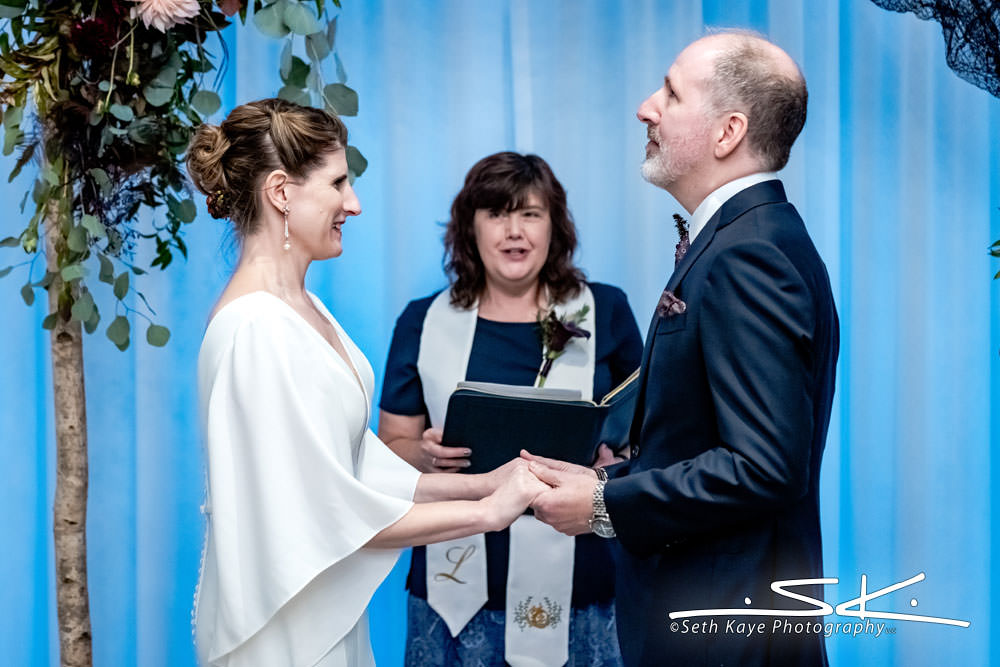 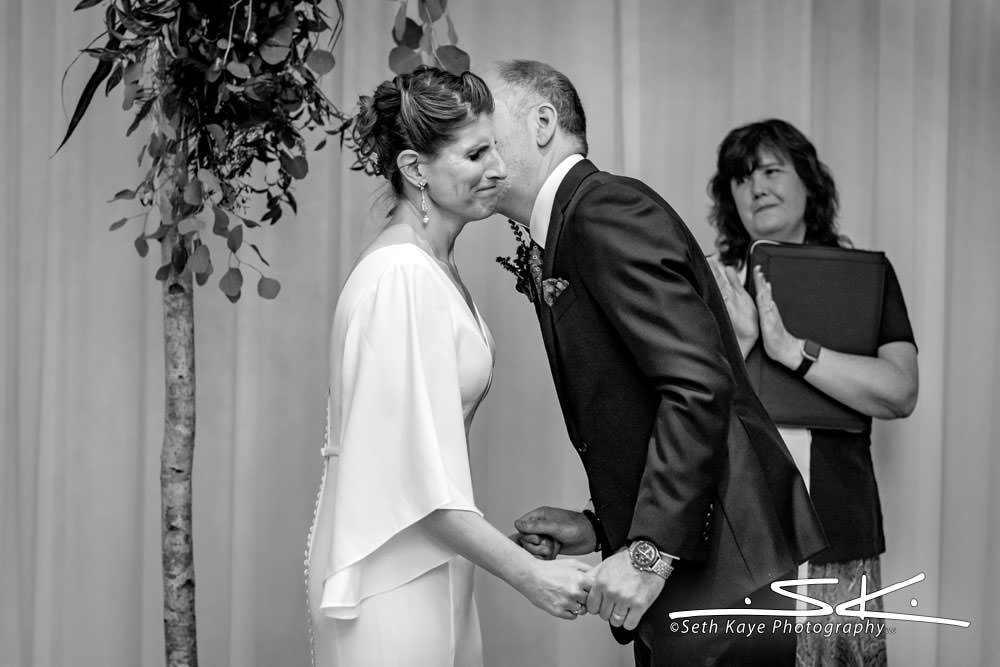 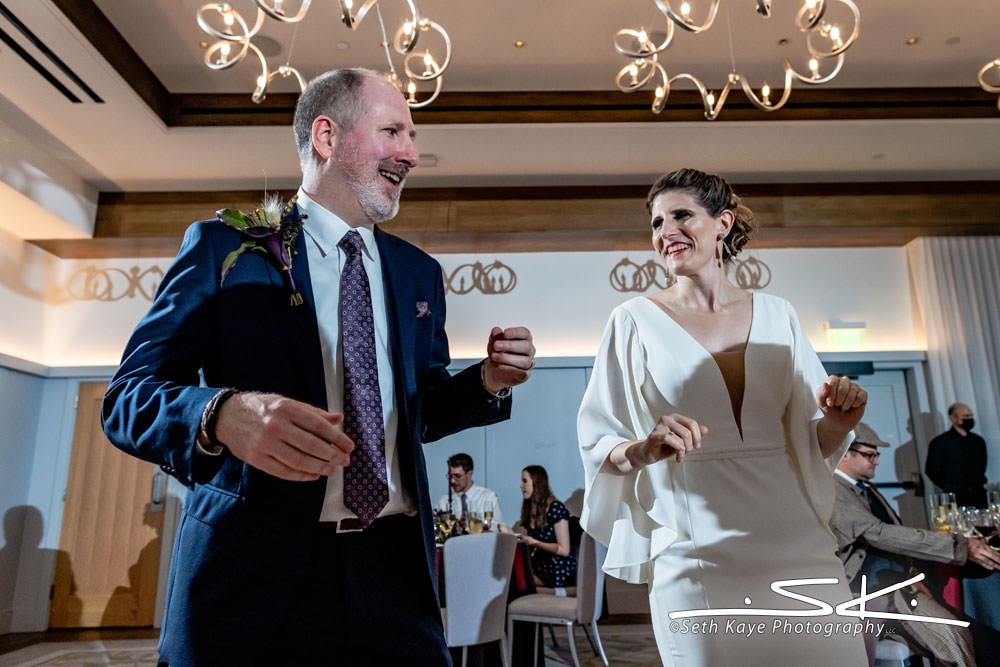 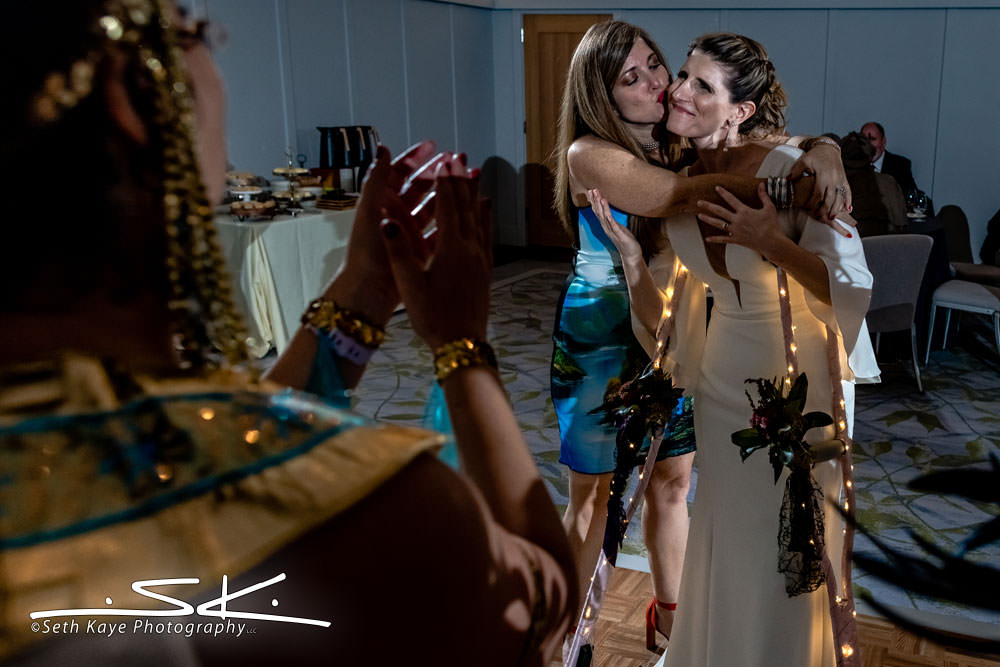 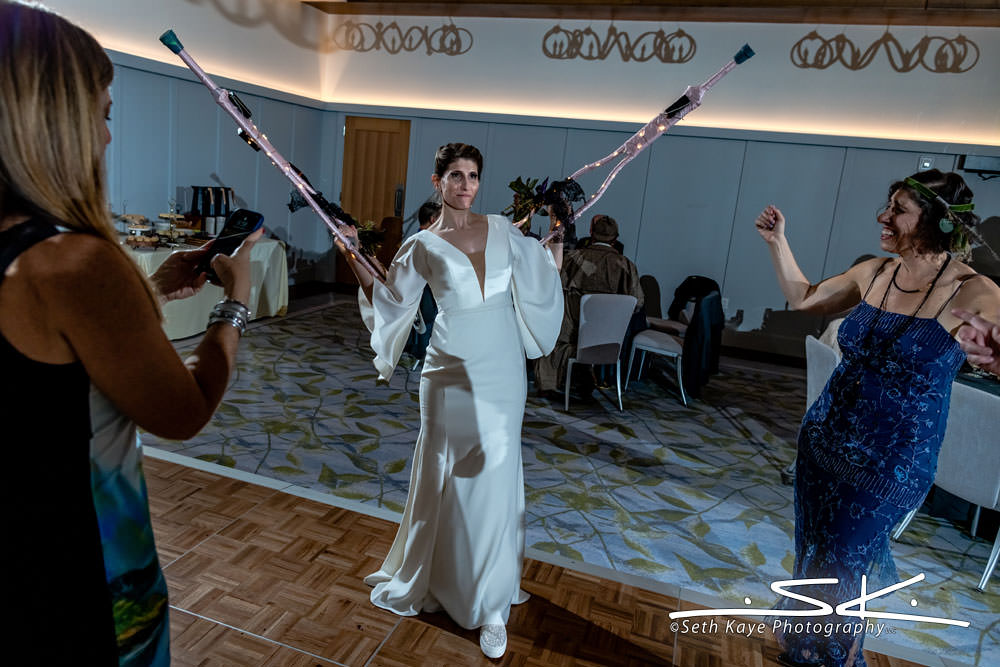 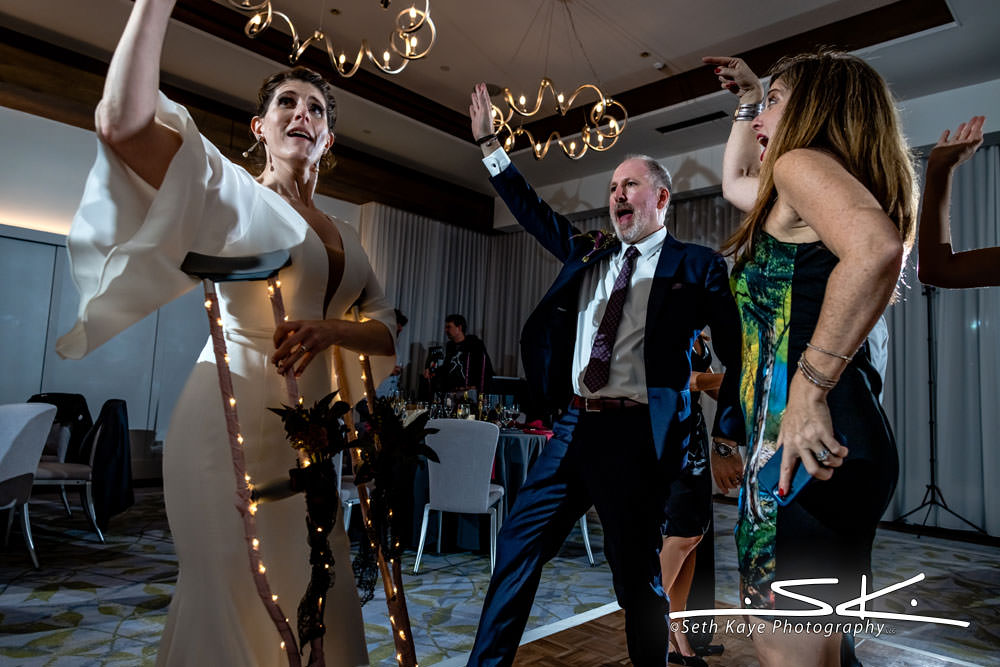 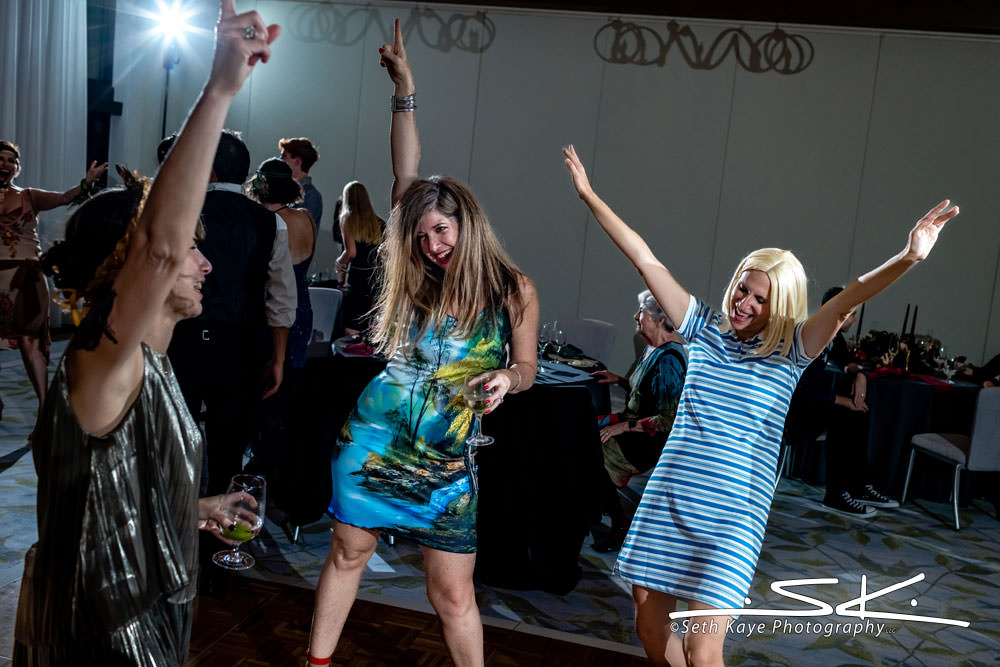 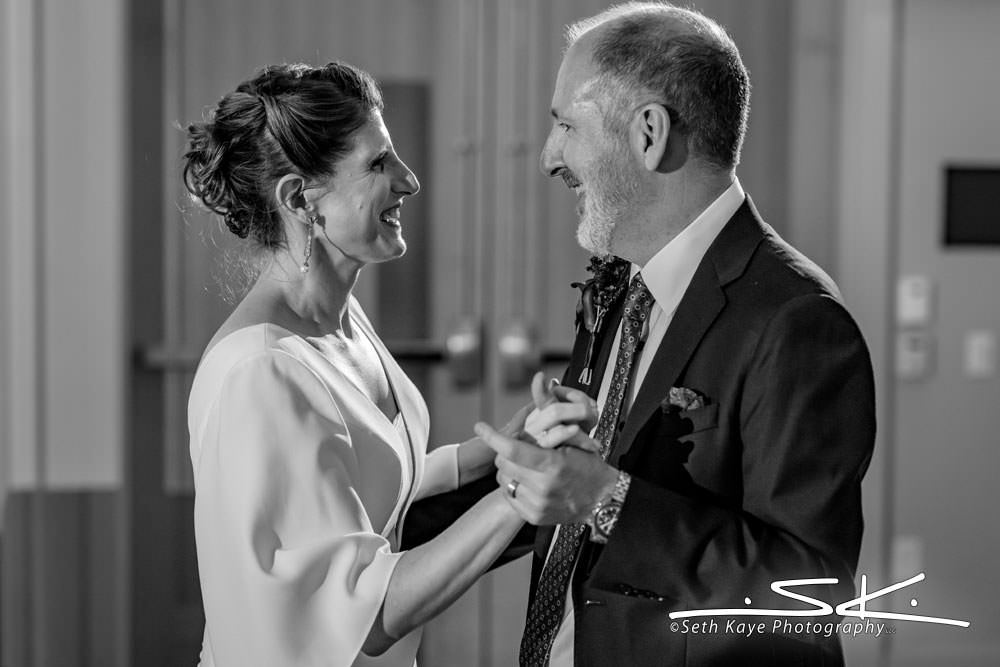