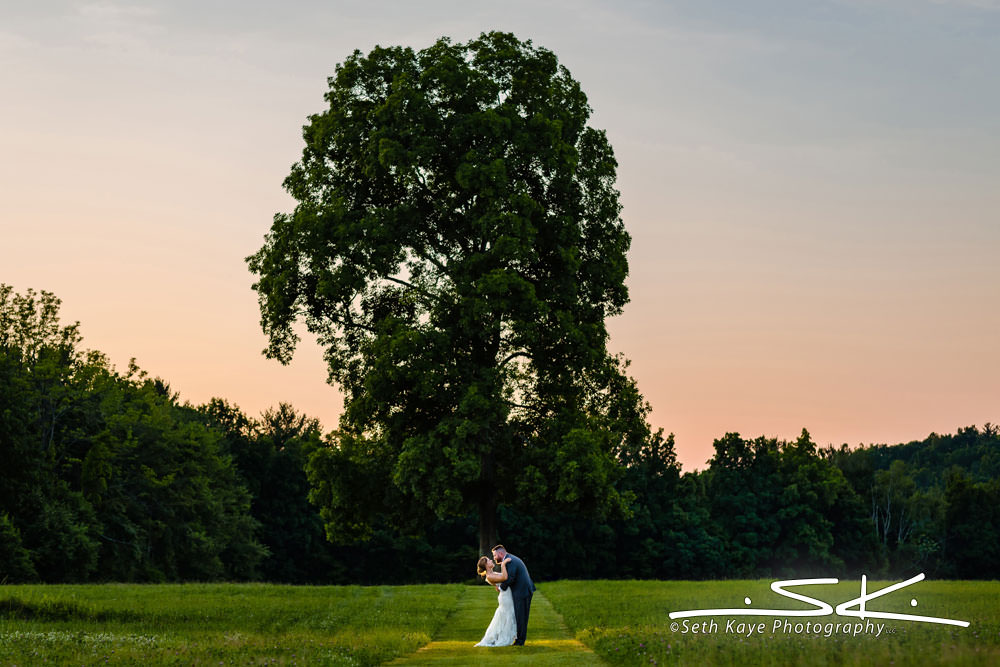 Katrina + Zack were married at Valley View Farm in Haydenville this summer on a sunny, warm day.

Their mothers, who were colleagues, originally set them up on a blind date. Five years later, Zack’s plans for his proposal were to do so while he and Katrina were on a hike in New Hampshire’s White Mountains. Thanks to a snowstorm that kept them from venturing outside, he enlisted the help of the B&B they were staying in, who put out flowers and he got down on one knee in front of their fireplace.

When we first met they told me they were looking forward to a relaxed and casual day, and that’s just what they received.

Katrina and her bridesmaids arrived in a yellow school bus, which was their shuttle from where she had her hair and makeup done to the venue, where she finished getting ready. Zack arrived shortly before the ceremony, and when Katrina was escorted down the aisle by her father was the first time they saw each other that day. At the end of the aisle her stepfather greeted her and her dad, and together they gave her away.

After the ceremony we did their family portraits and went a short distance to make some portraits of just the two of them before heading back to the main barn for their introductions. Their first dance was followed by four toasts by Katrina’s maid of honor, her father, her stepfather, and finally Zack’s best man.

Katrina shared formal dances with both her father and stepfather, and Zack with his mother. Sunset was then upon us so we went outside to take advantage of the nice light that was appearing over the tops of the trees. 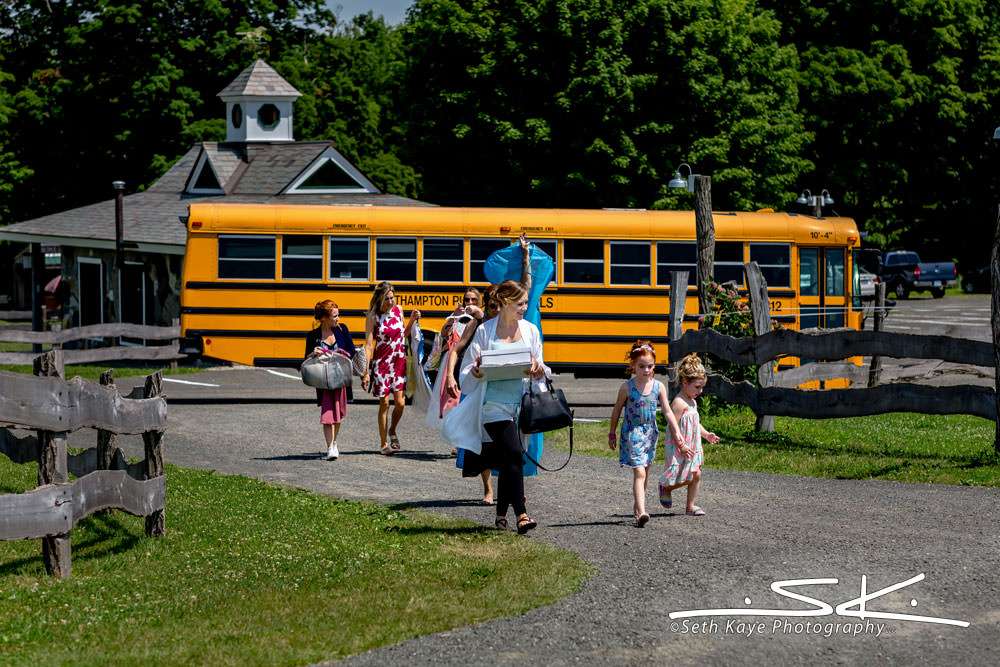 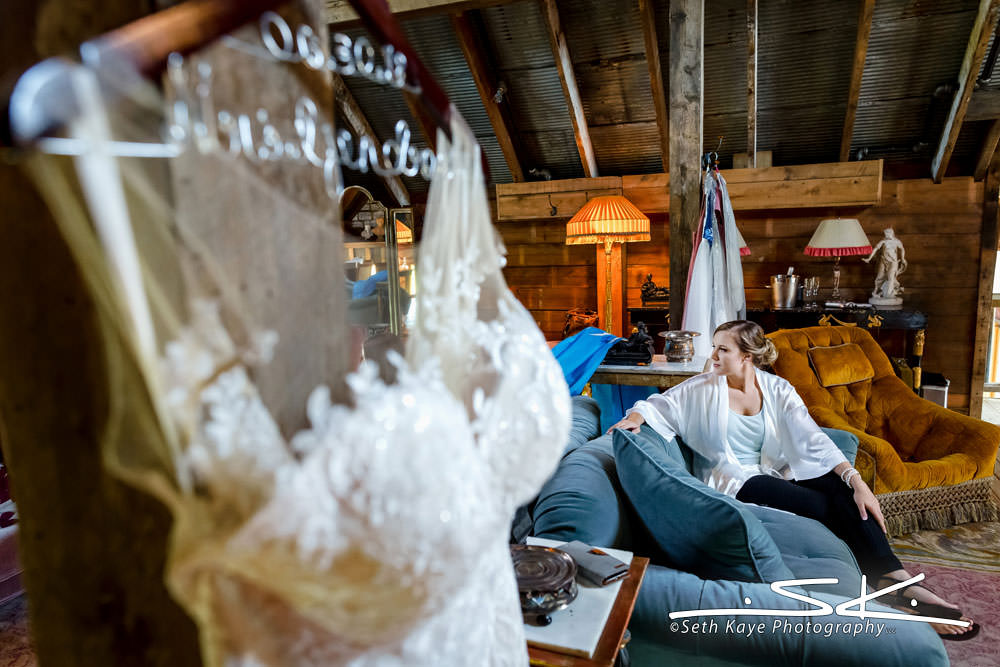 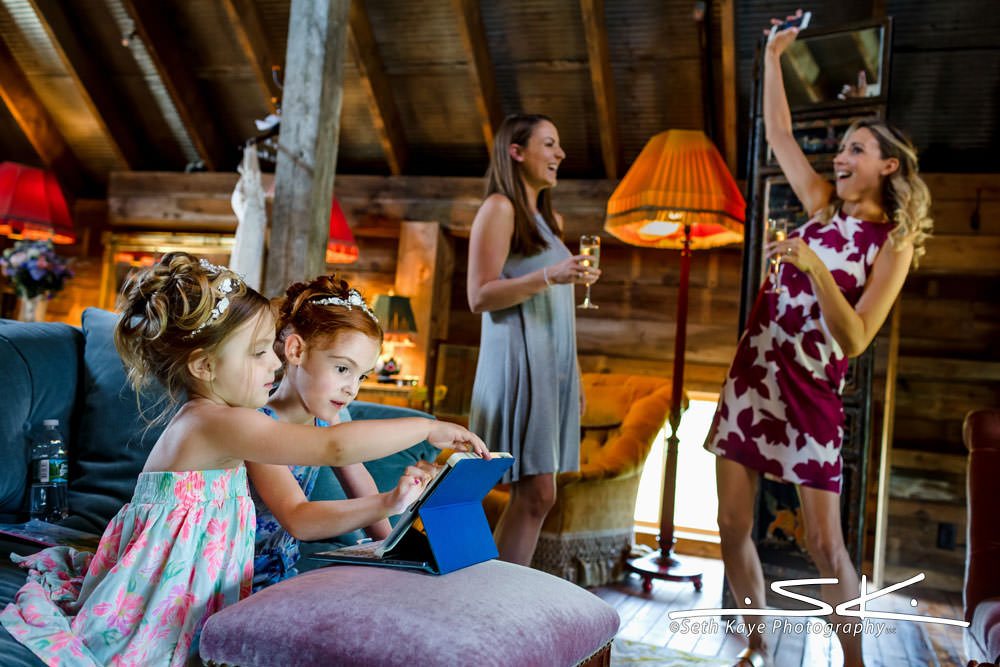 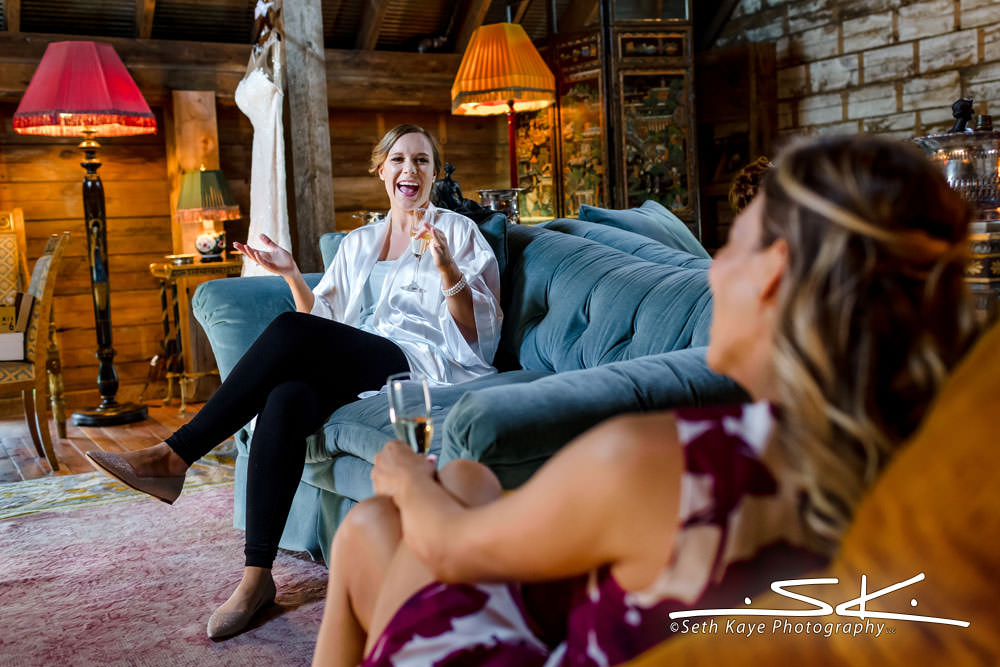 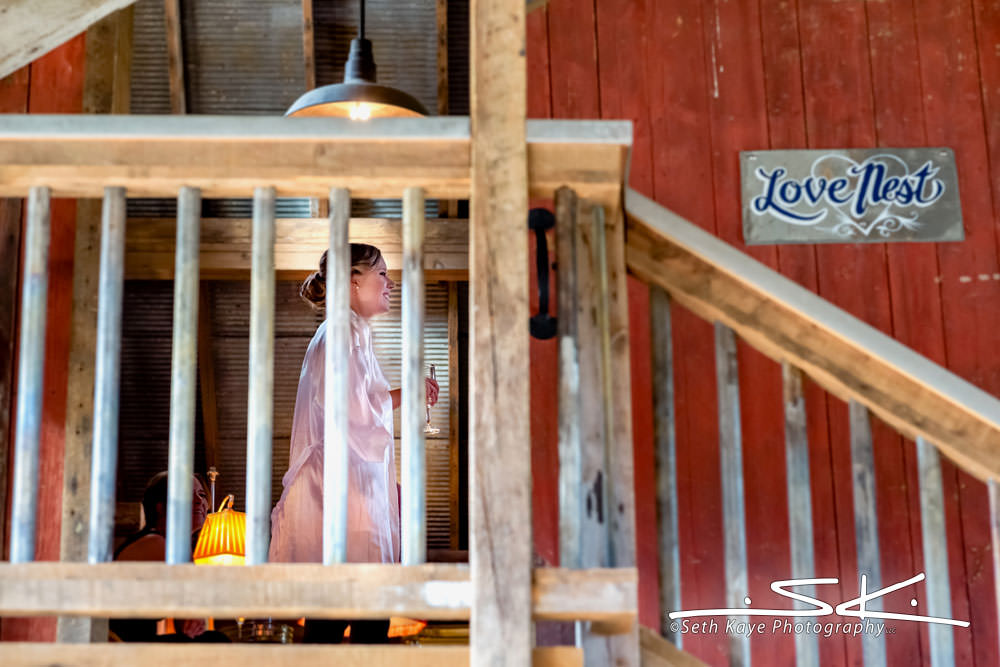 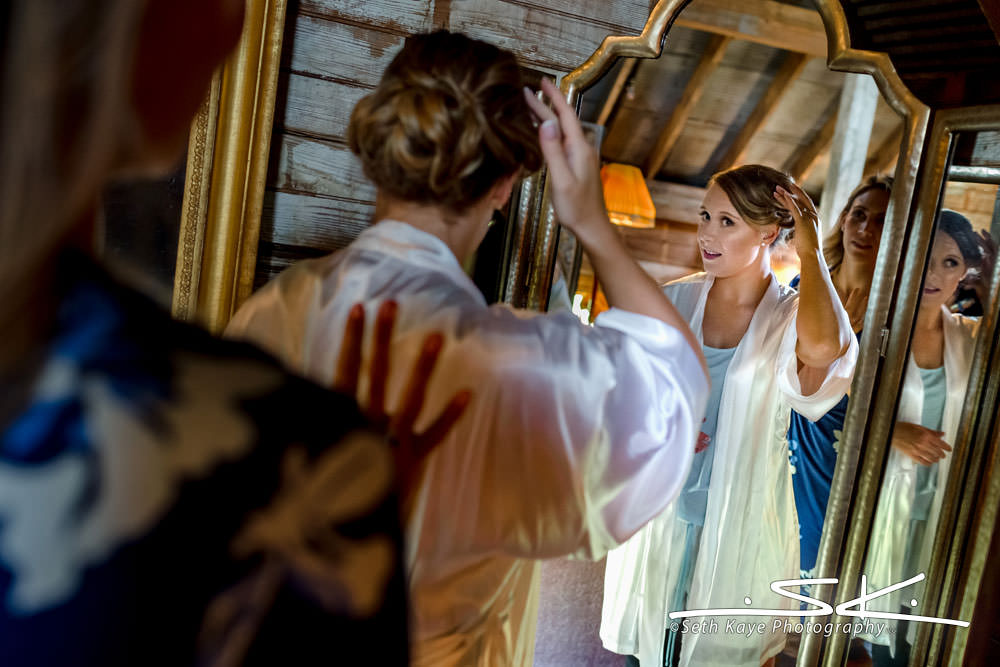 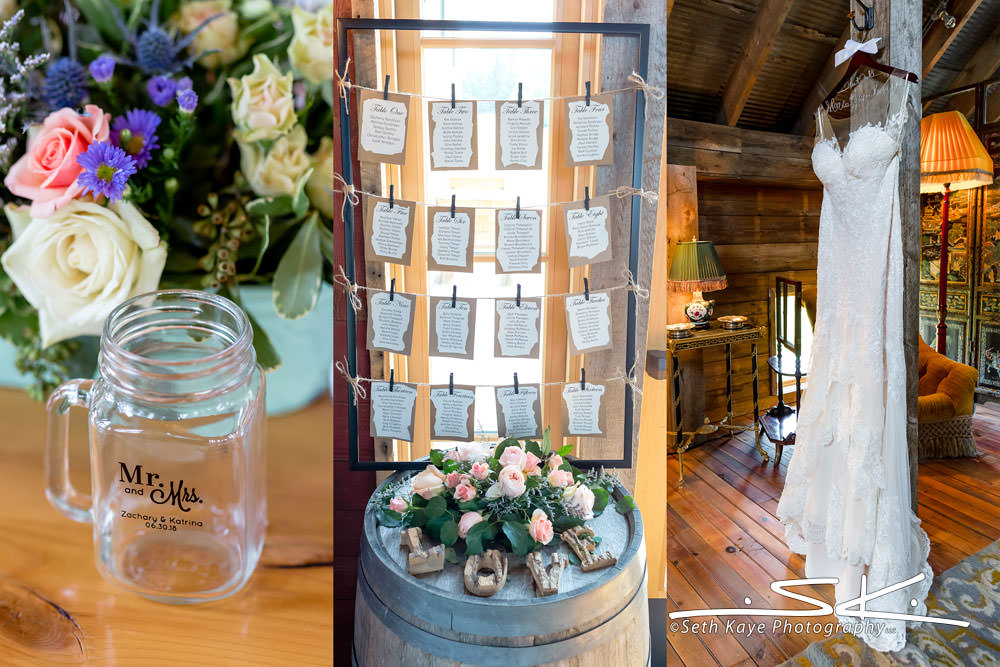 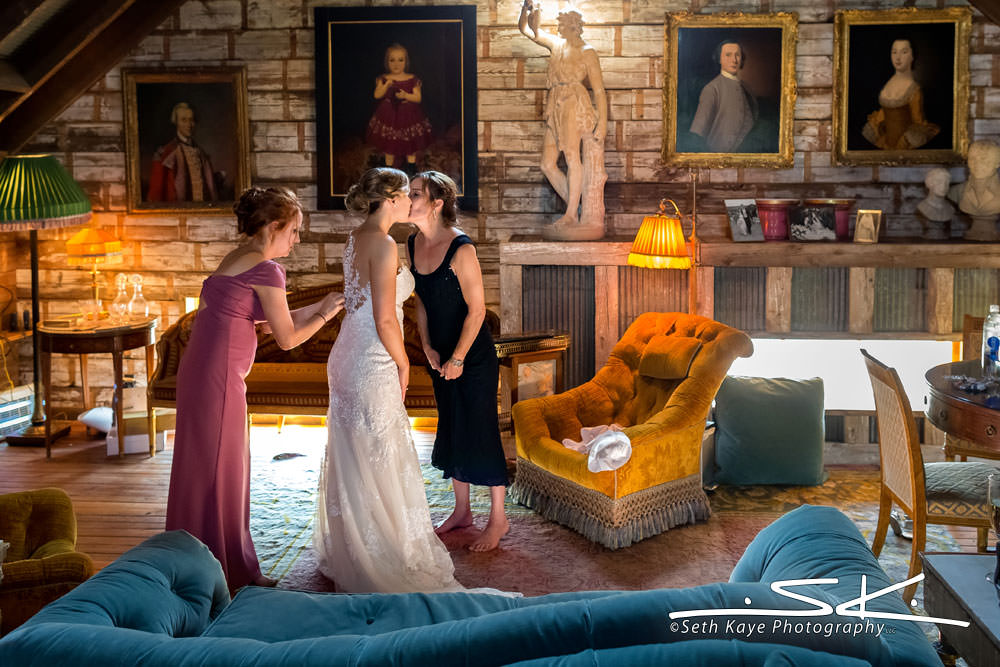 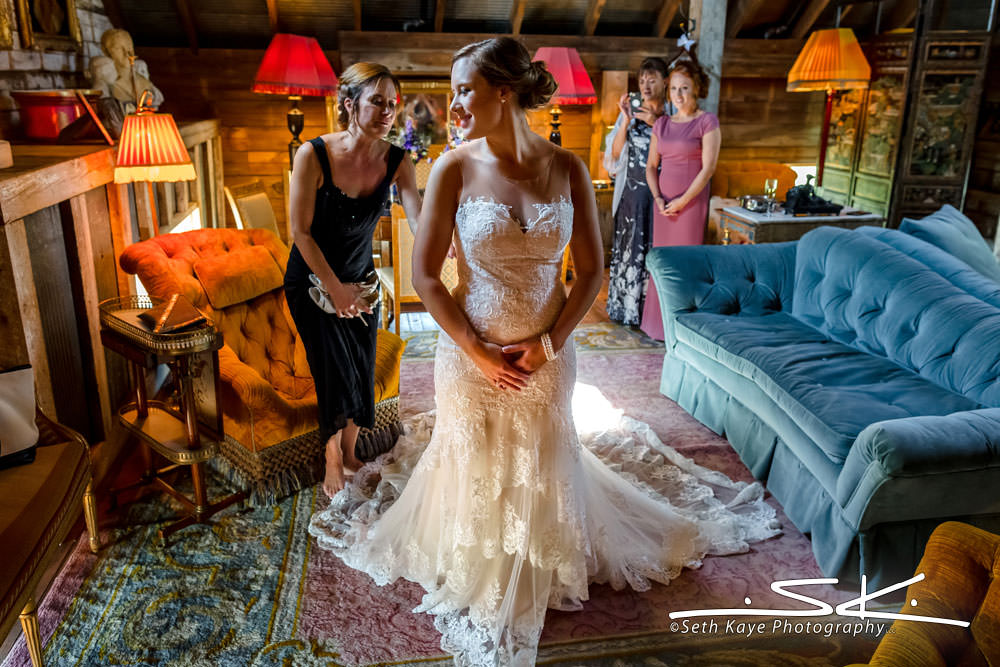 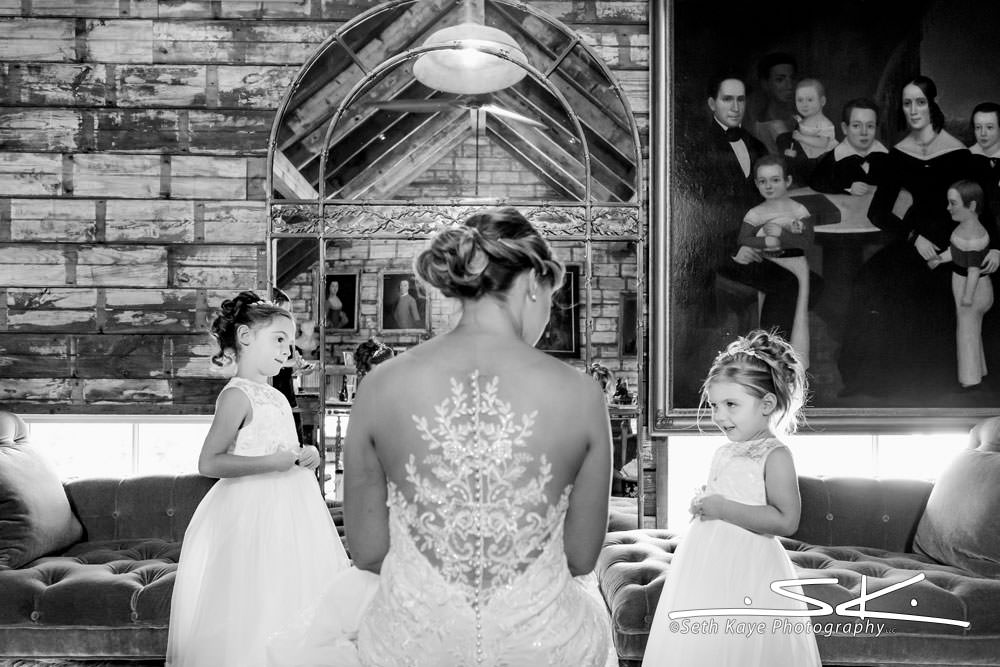 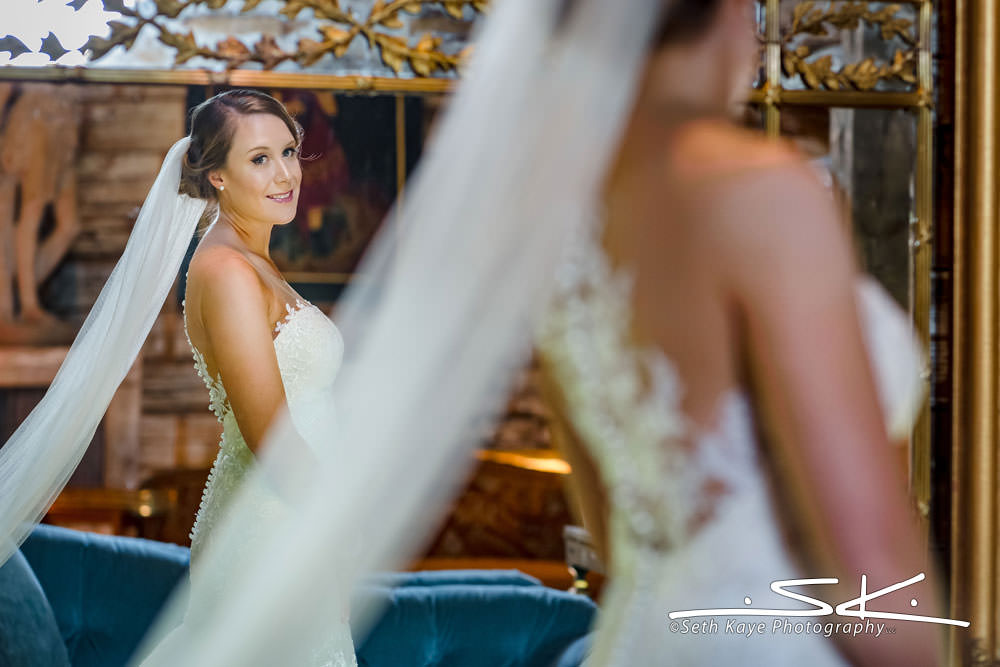 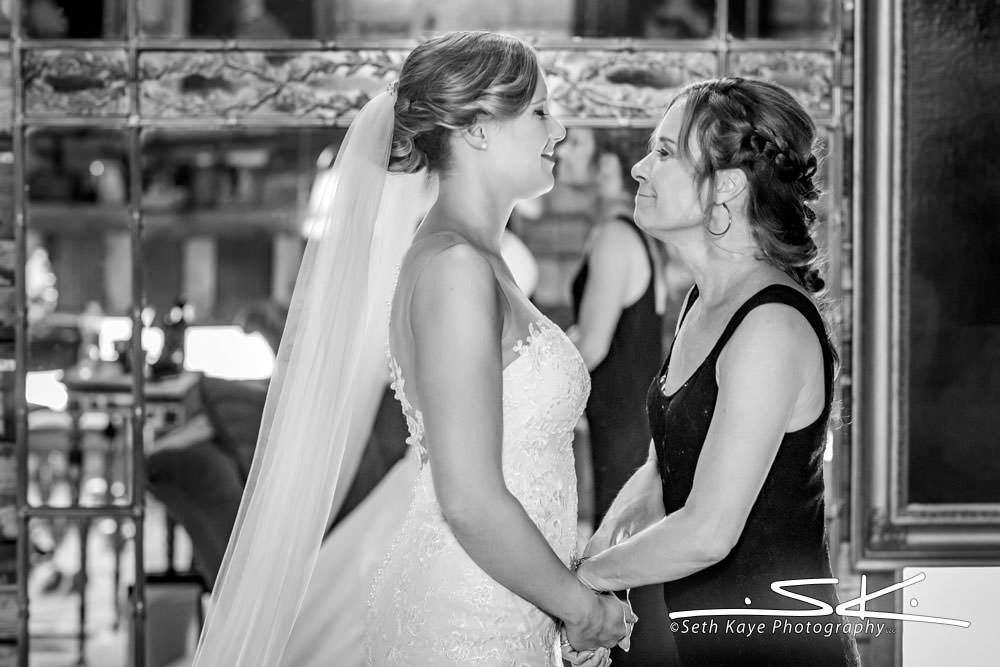 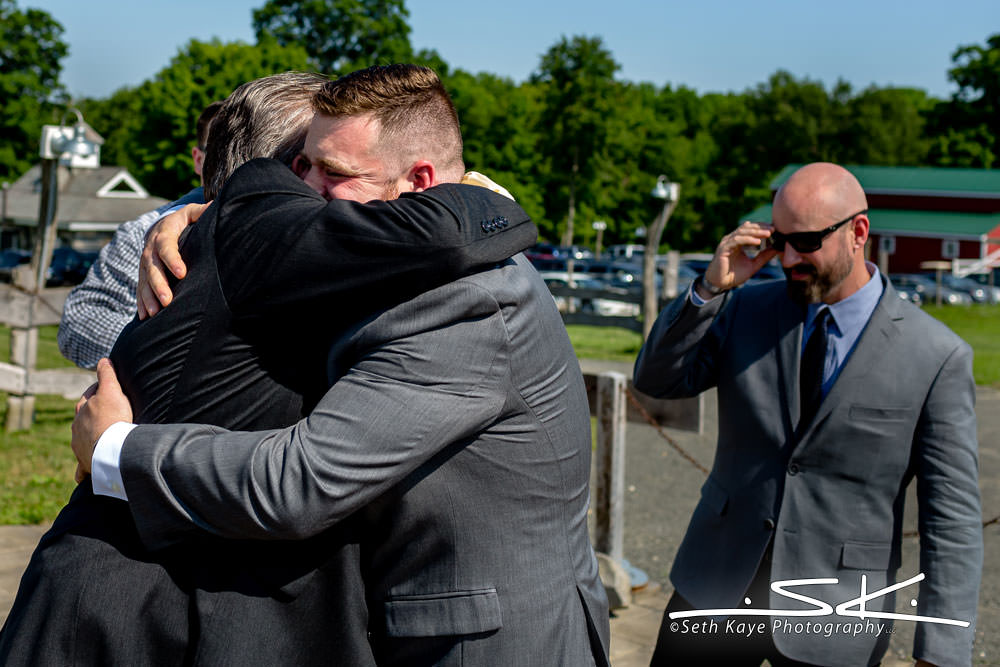 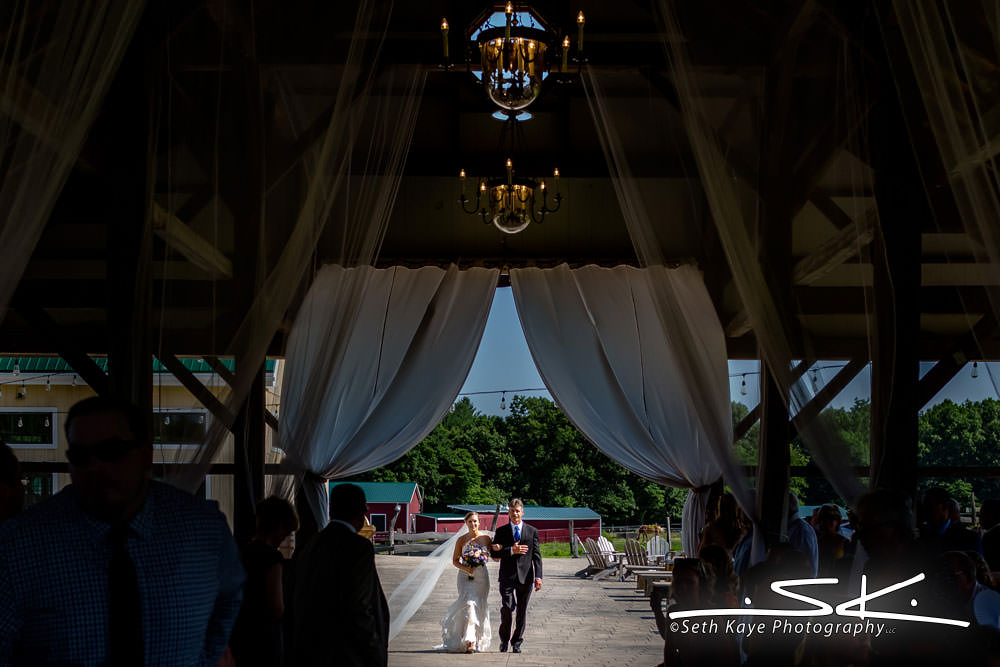 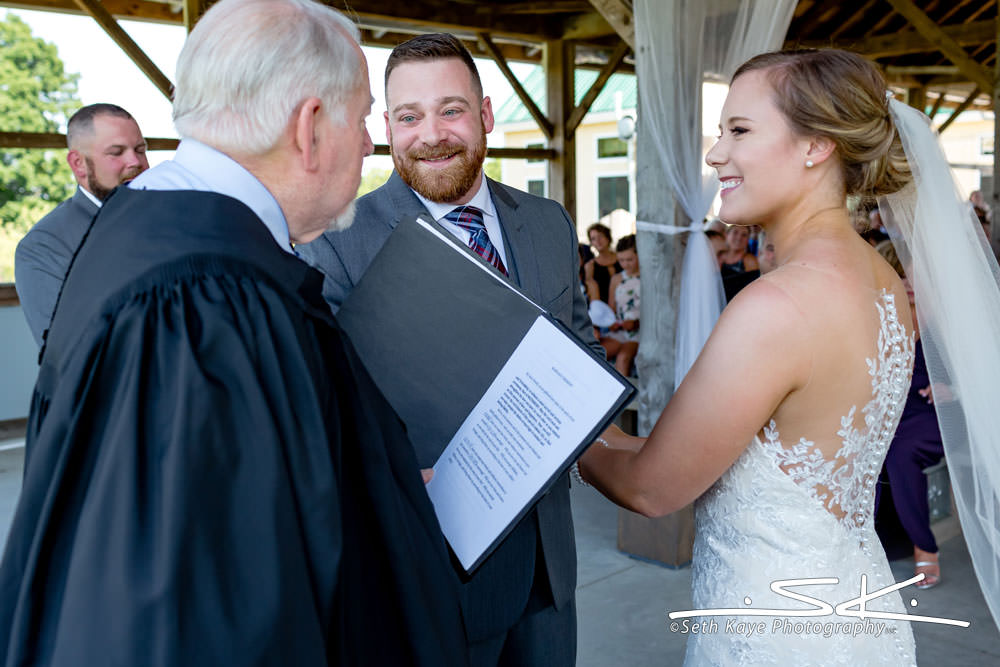 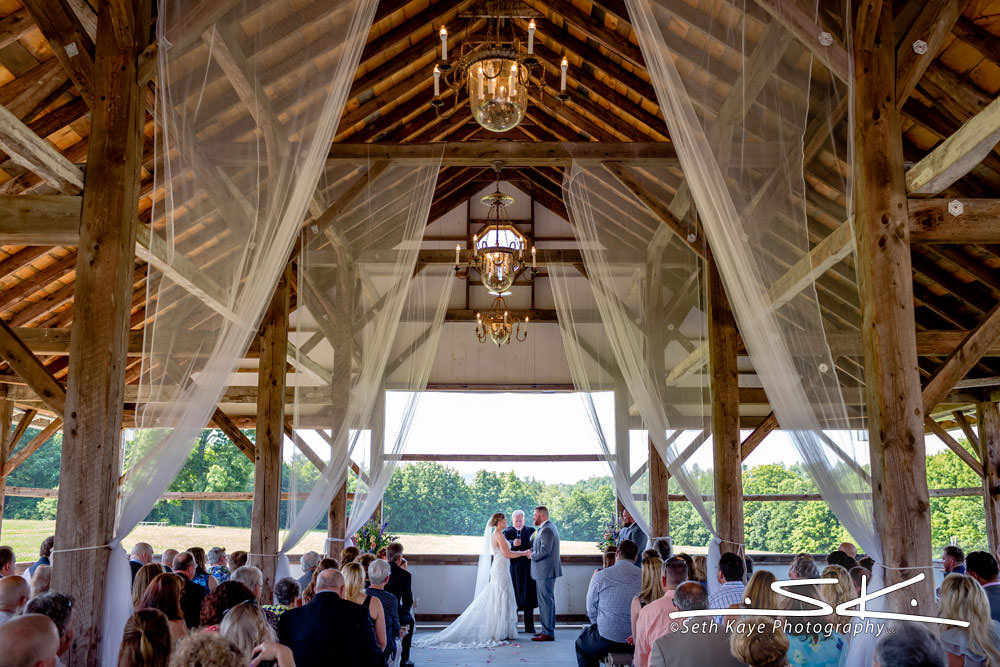 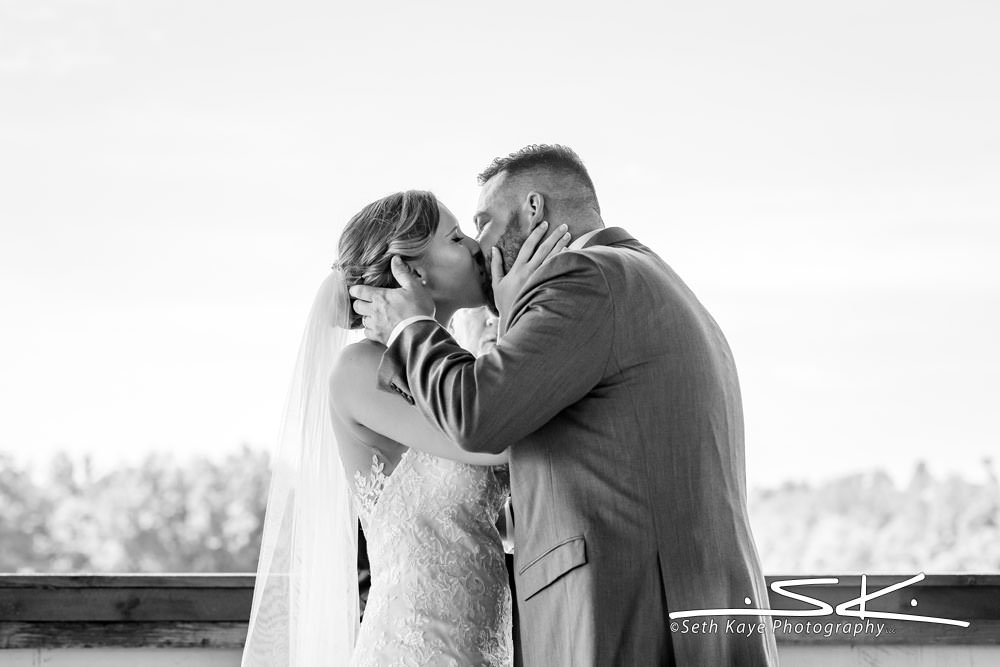 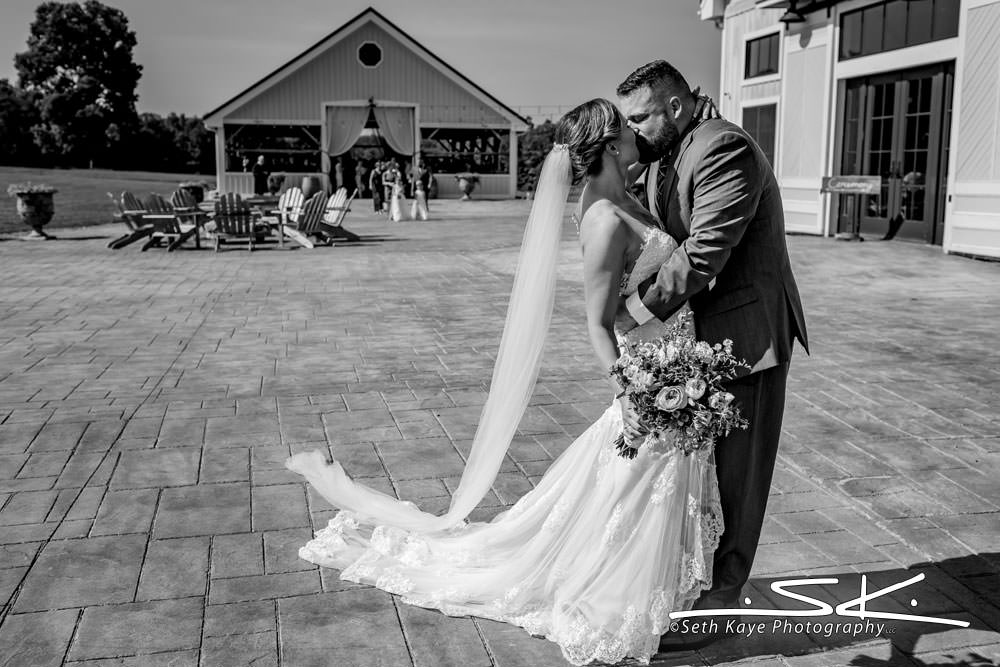 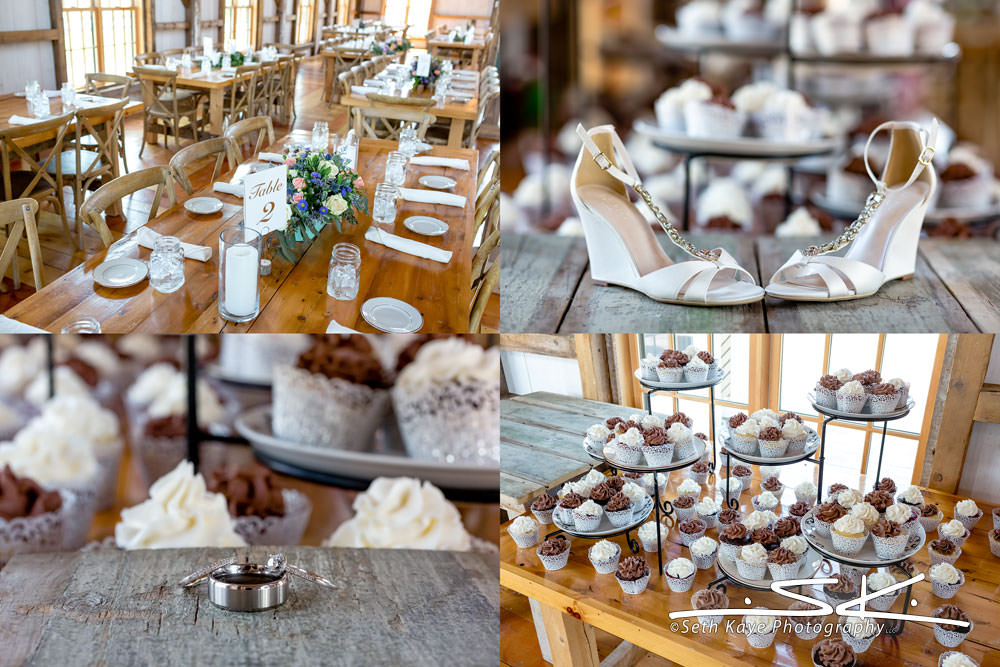 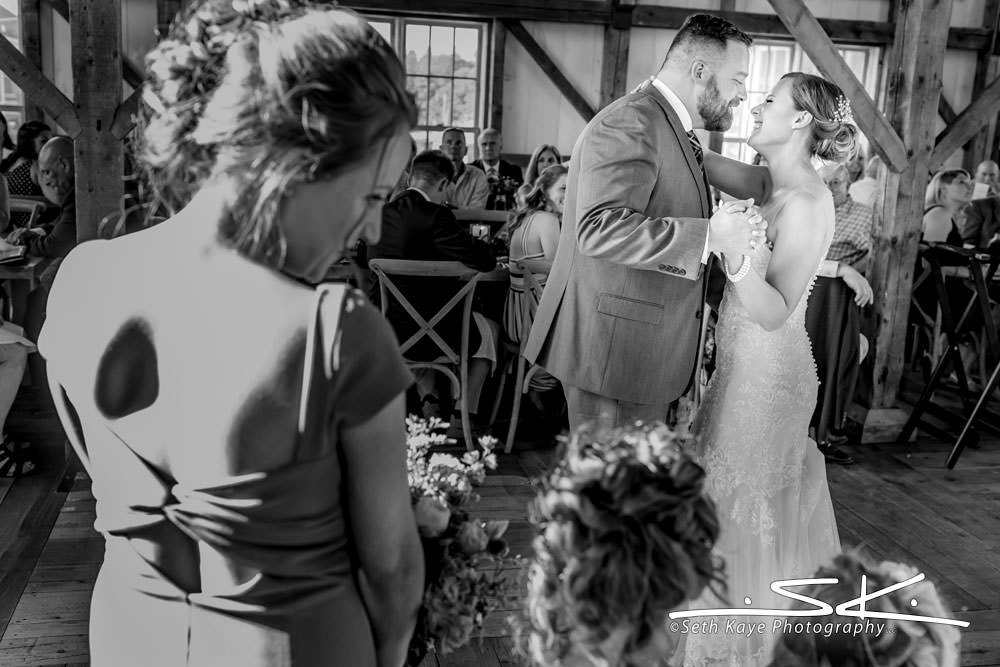 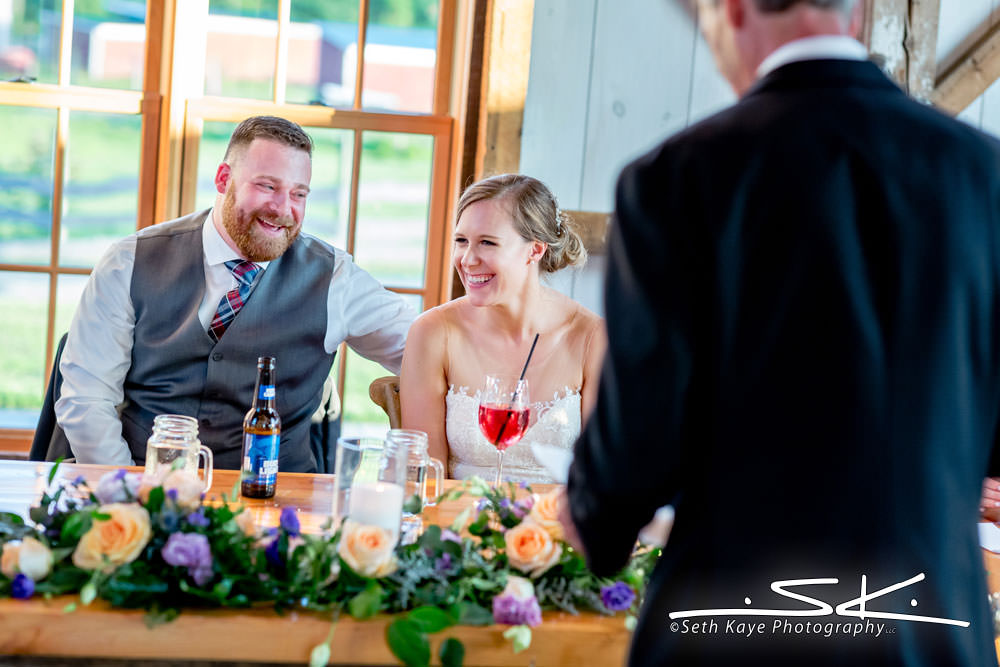 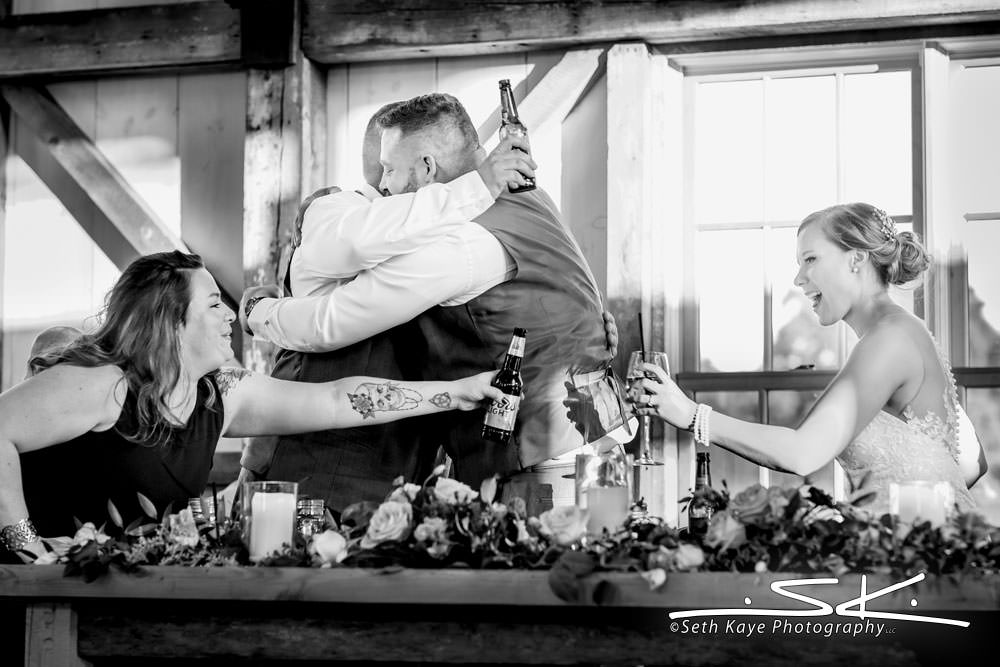 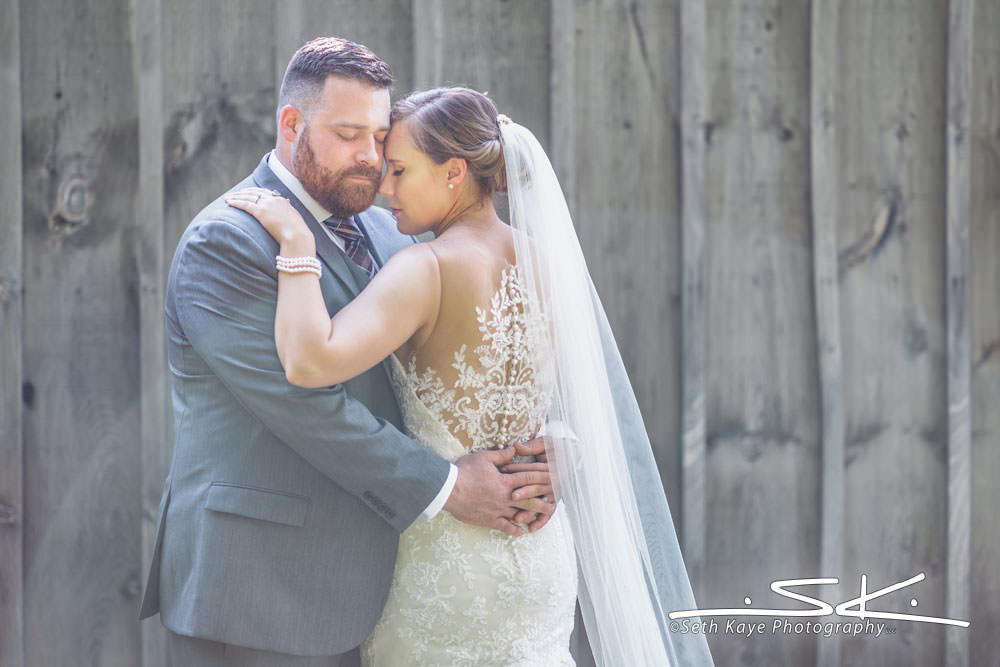 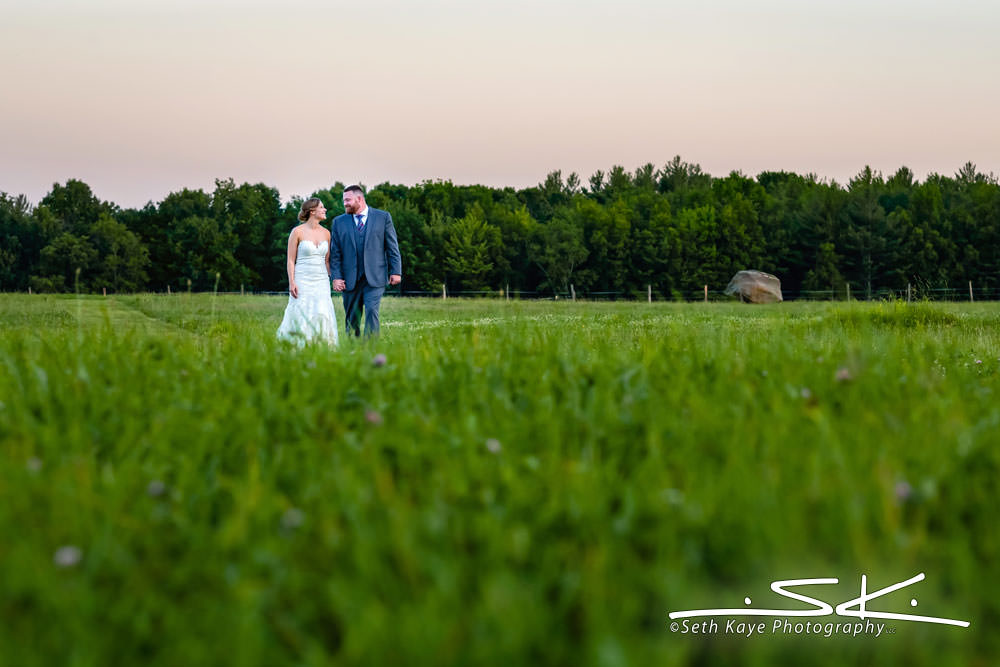 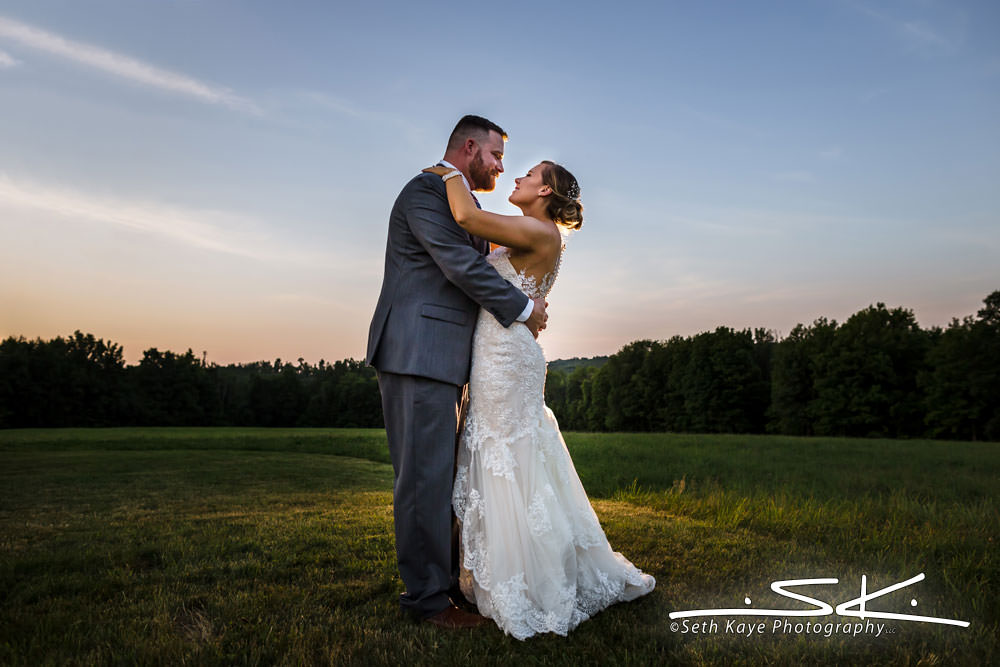