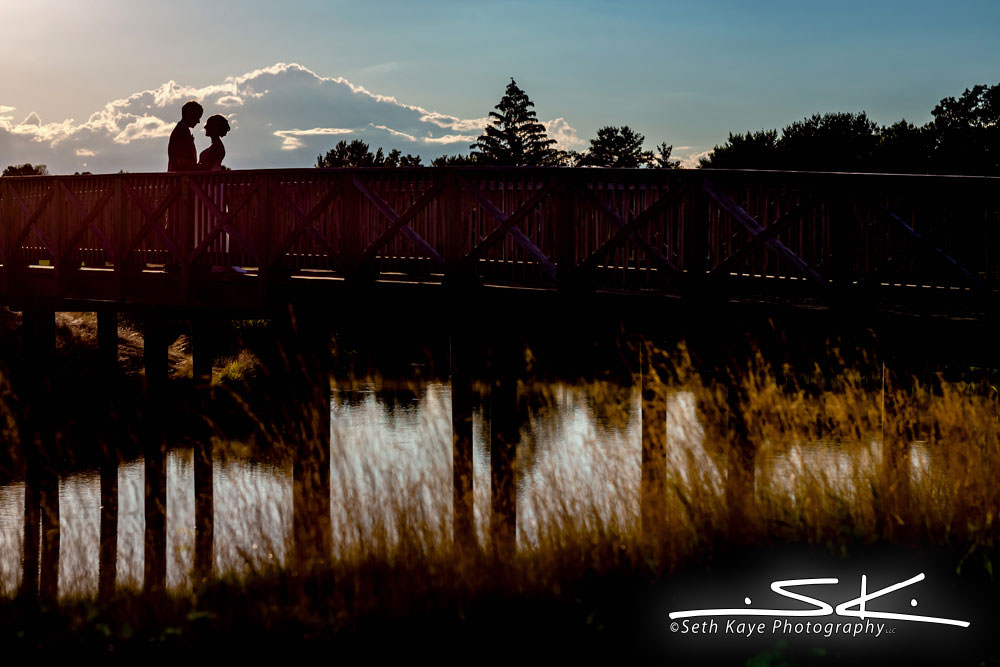 Ashley and Xavier recently celebrated their wedding at The Starting Gate at GreatHorse in Hampden. They originally met in college through mutual friends, and after dating for several years tied the knot on a sunny summer day.

I began my coverage of their wedding day with Ashley as she got ready in her childhood home, putting on her dress with help from her mother and cousin, who was also her maid of honor. From there I met up with Xavier at a nearby church as he awaited Ashley’s arrival.

Ashley arrived with her maid of honor and was greeted by two excited flowergirls. They didn’t wait long before their cue to enter the church, and Ashley was escorted down the aisle by her two brothers as Xavier greeted them near the altar. After two readings, an exchange of rings, and a kiss, Ashley and Xavier recessed back down the aisle and had a small receiving line with their guests.

We first made a group photo of all of their guests on the church steps, and then moved through the list I’d previously made with them of different family groupings. After the church we drove to The Starting Gate and worked our way through a few more portraits of just the two of them as the sun was getting lower in the sky.

Because of the current pandemic their reception was held outside on The Starting Gate’s deck, and it was such a nice way for everyone to gather and enjoy themselves in the fresh air. After being introduced, Ashley and Xavier thanked their guests for attending, which led into dinner. Just before sunset we took them aside for a few additional portraits, after which they cut their cake and had their first dance. 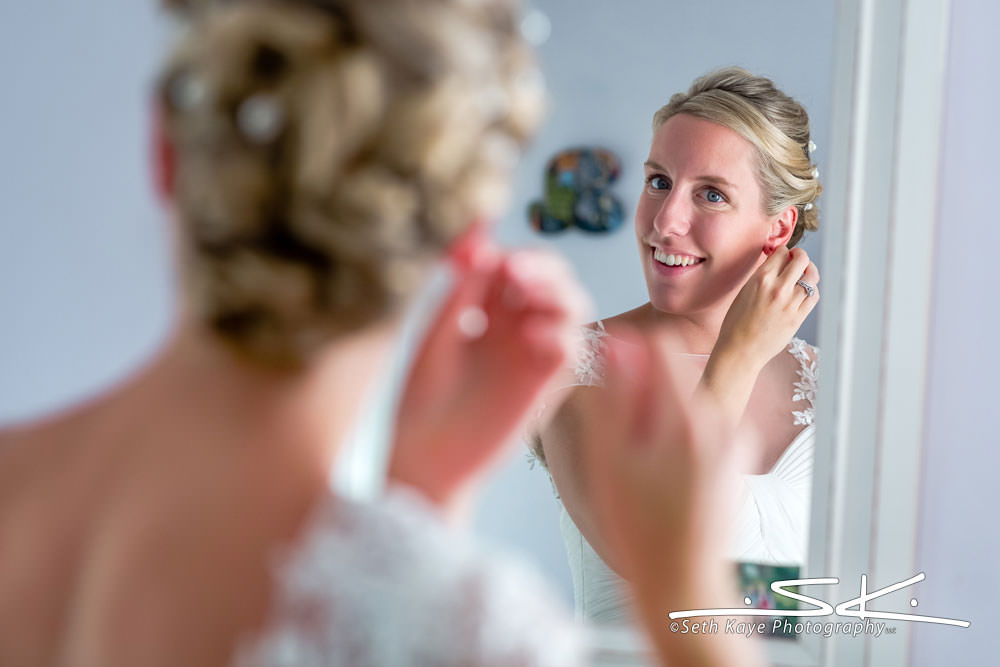 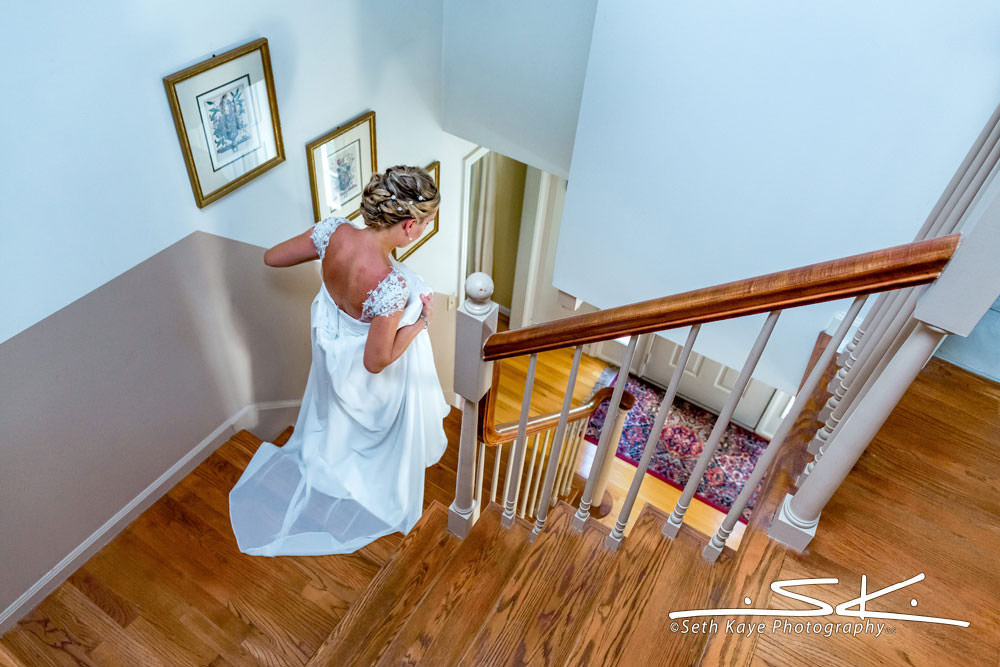 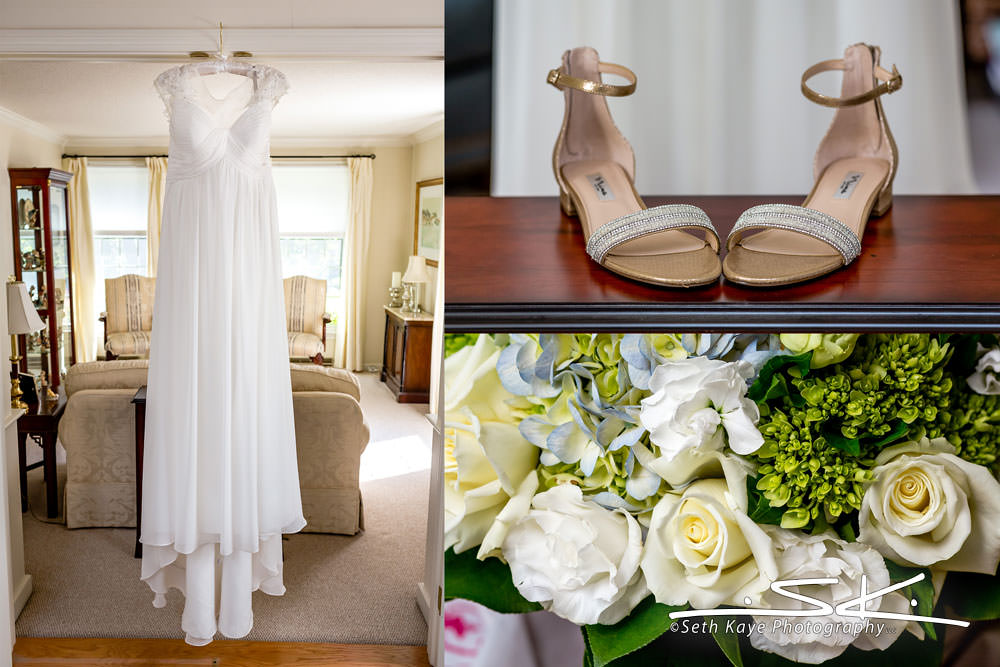 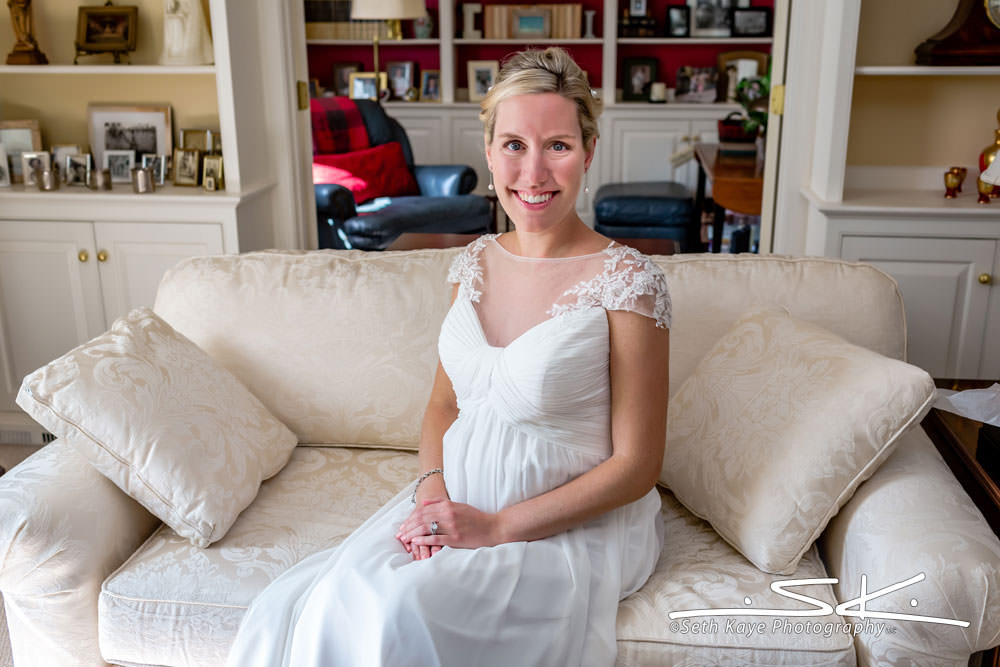 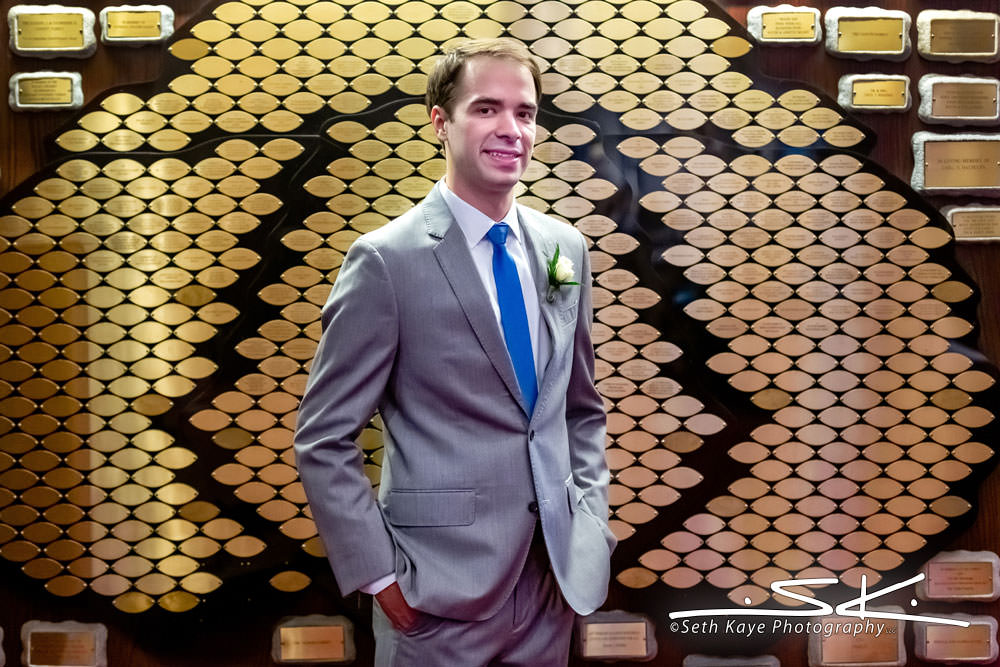 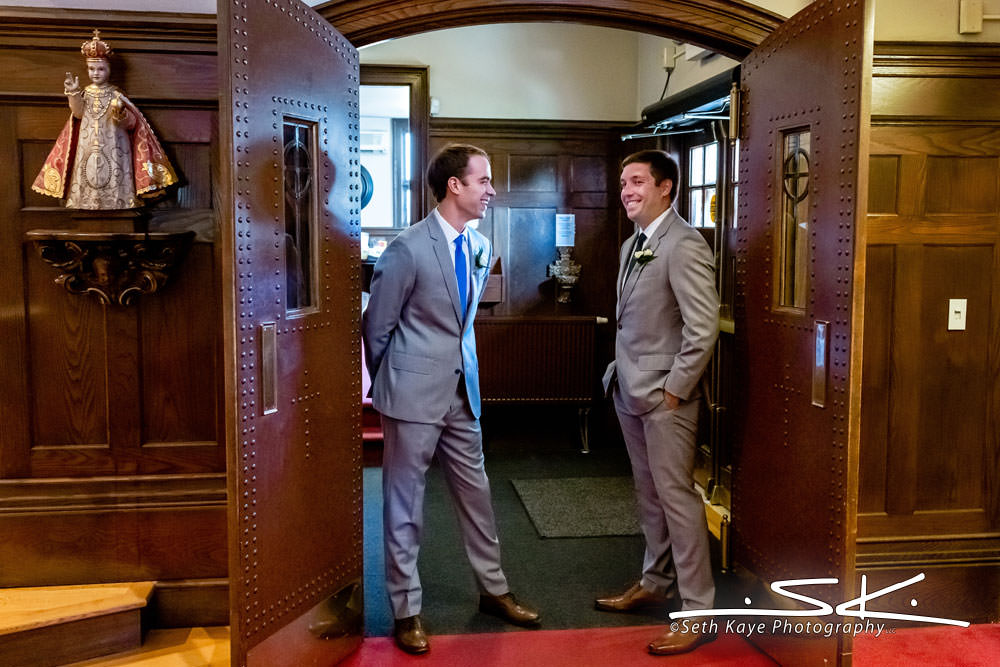 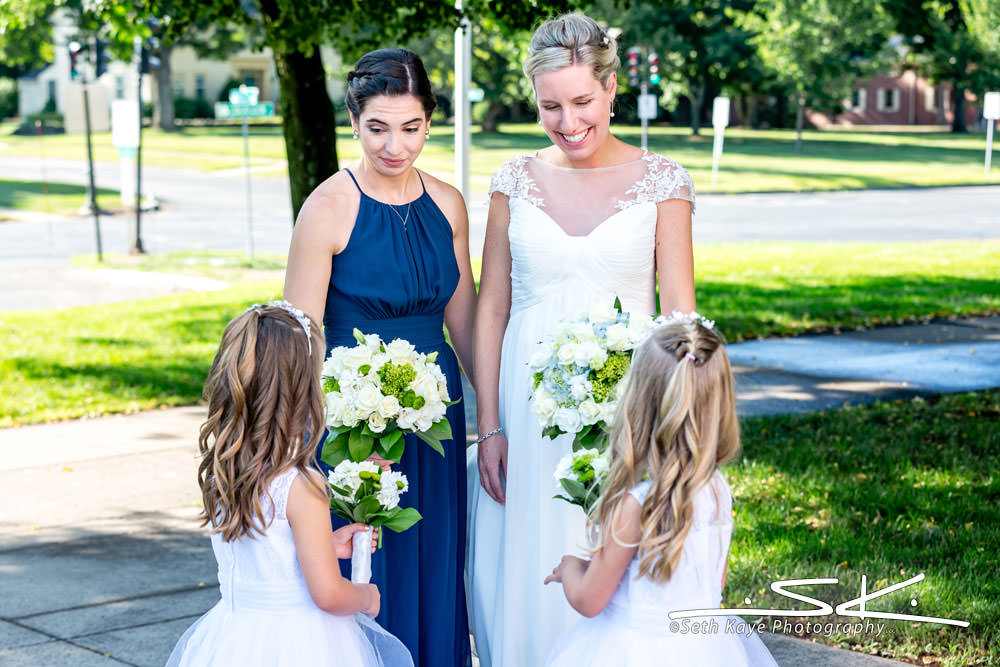 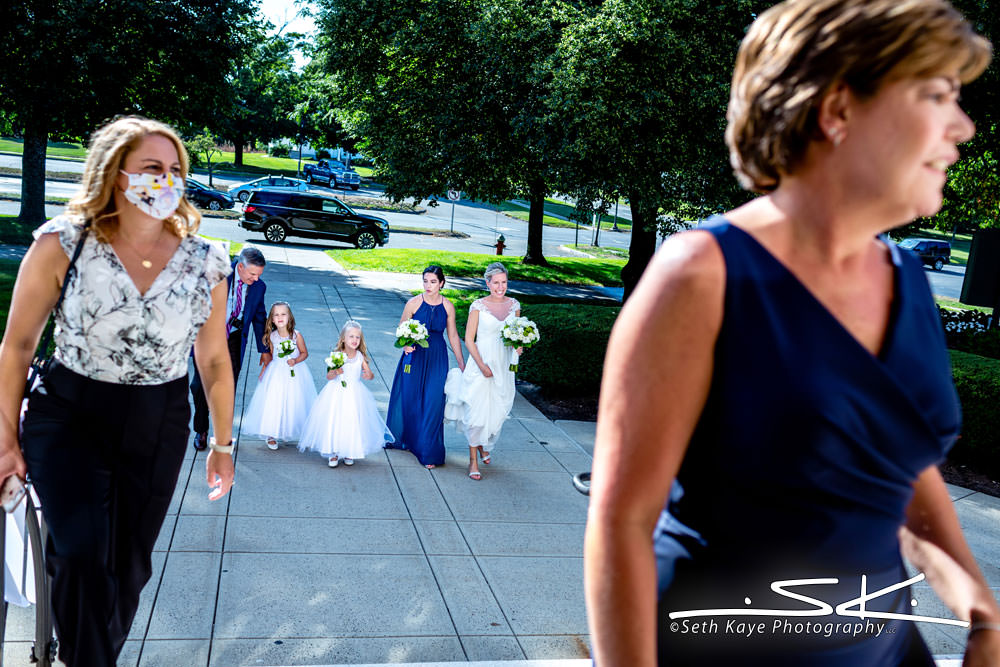 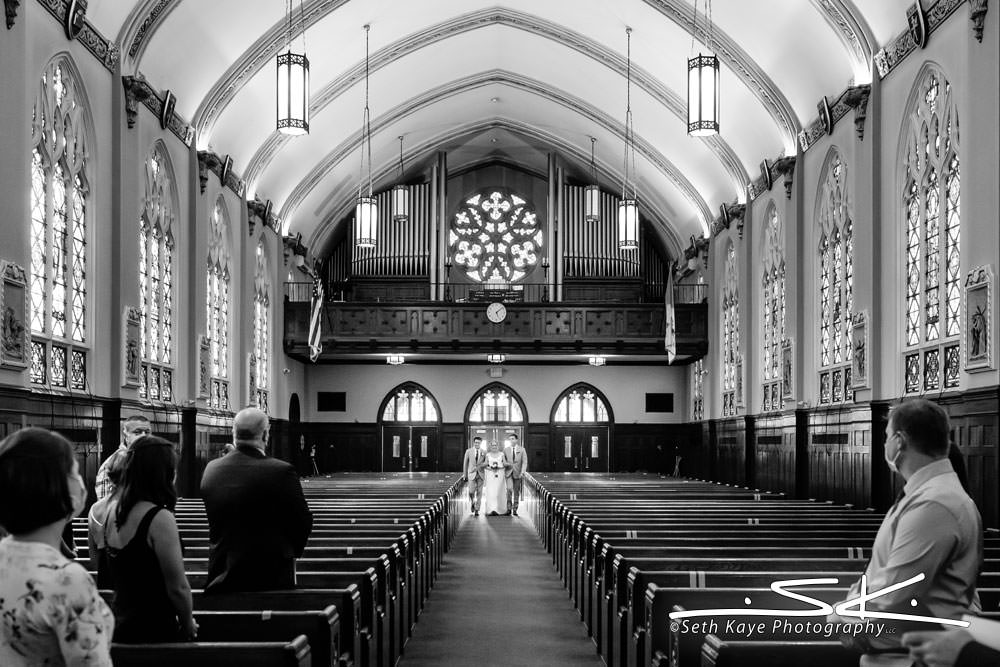 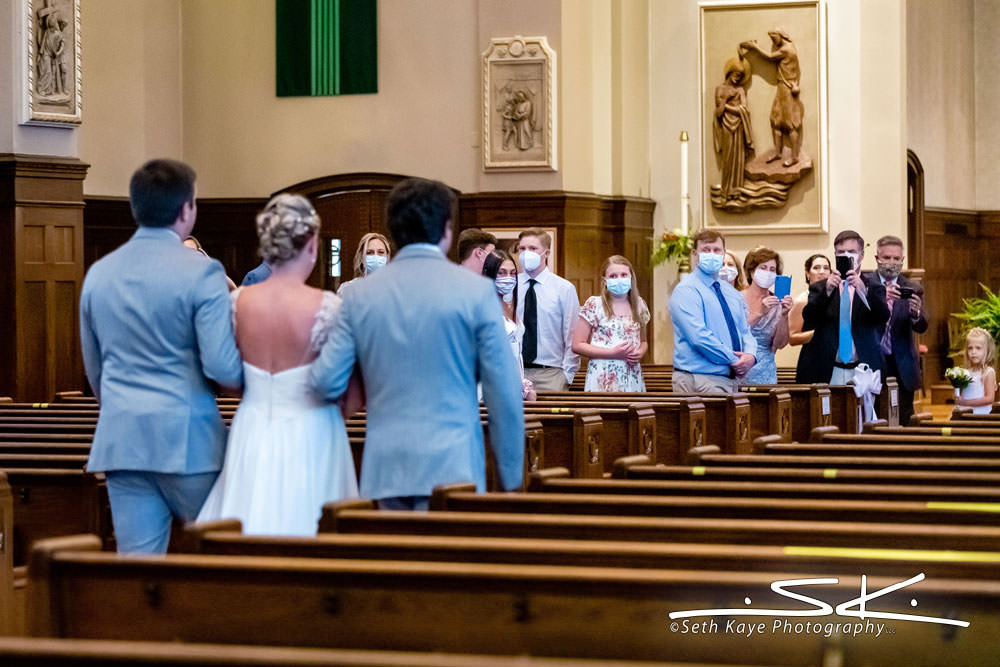 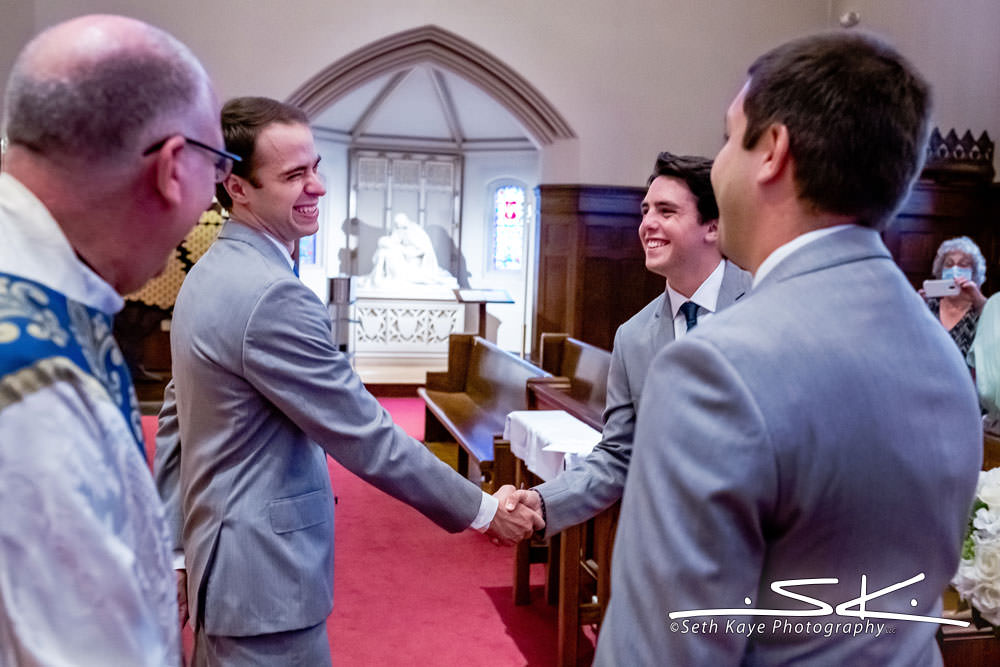 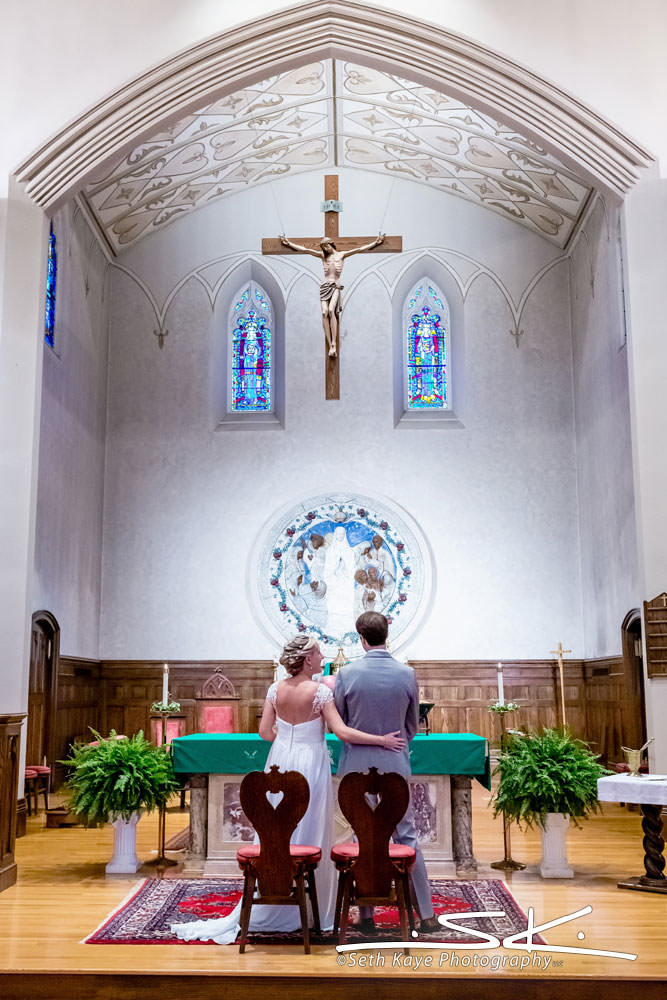 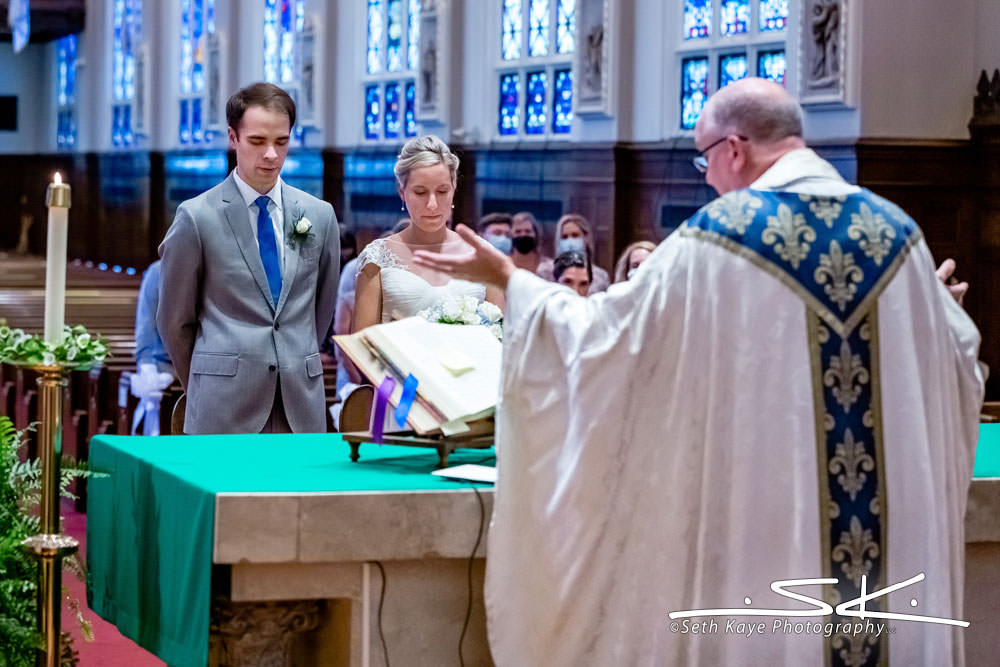 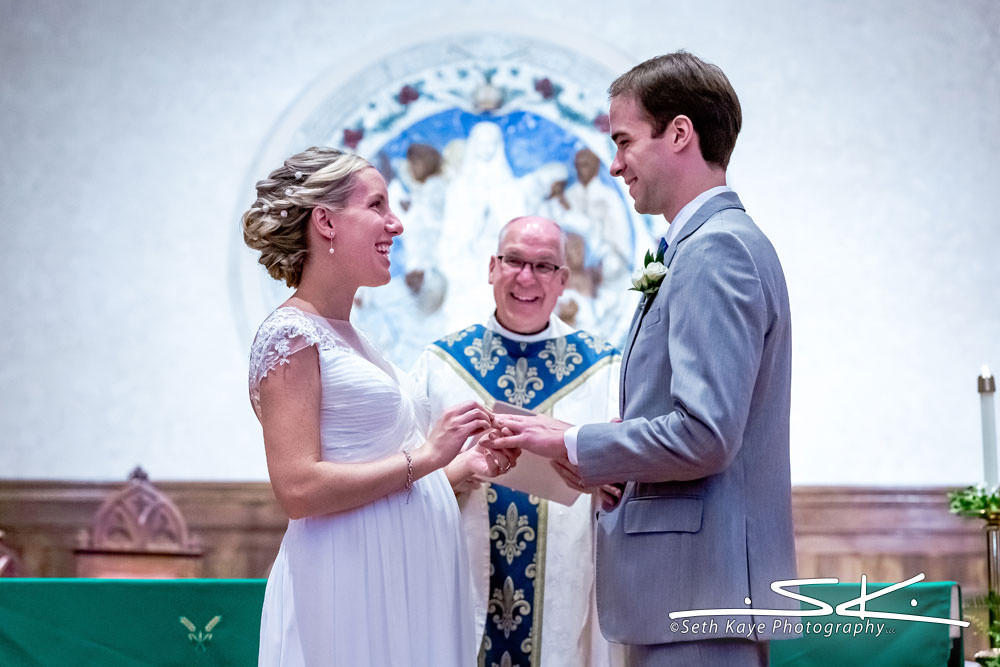 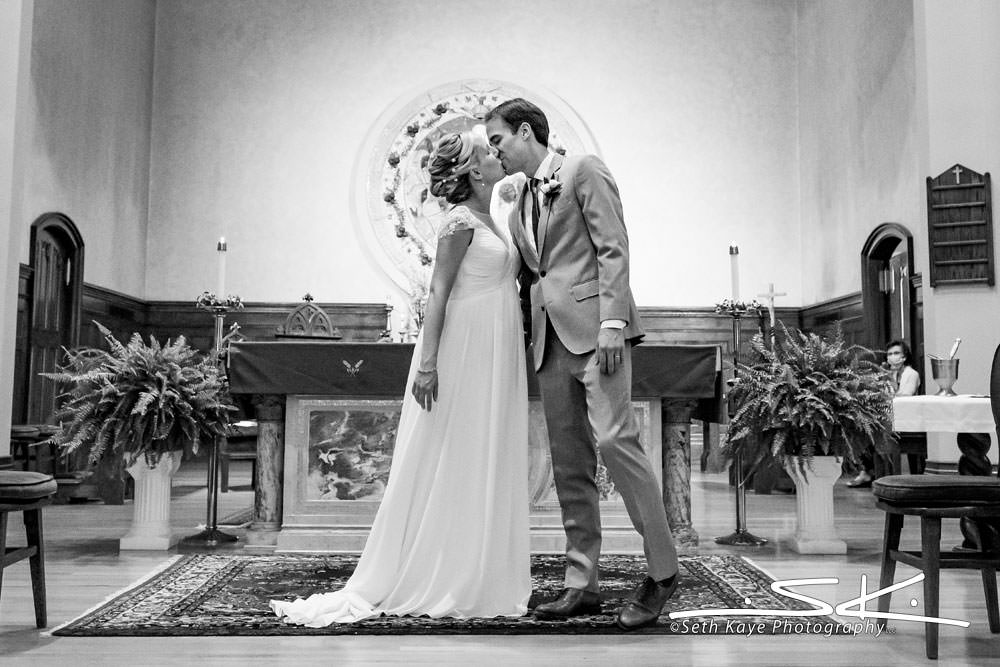 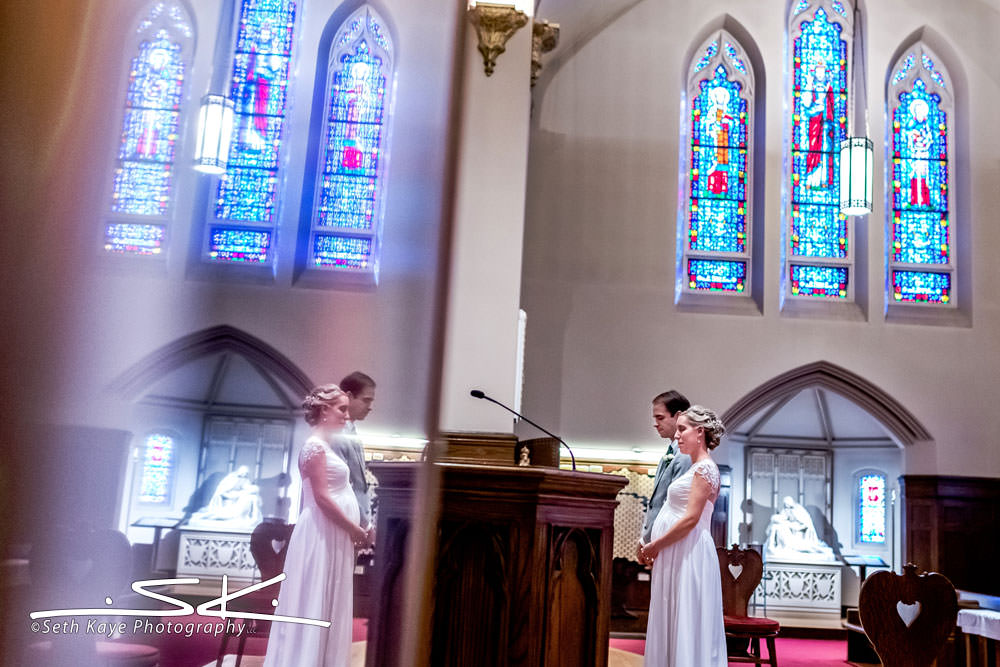 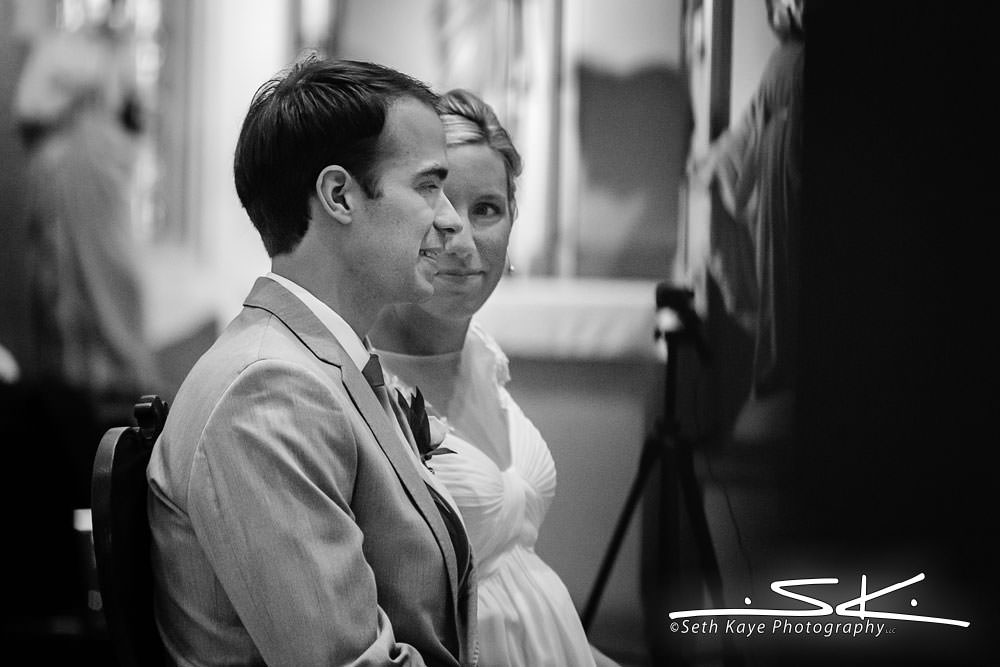 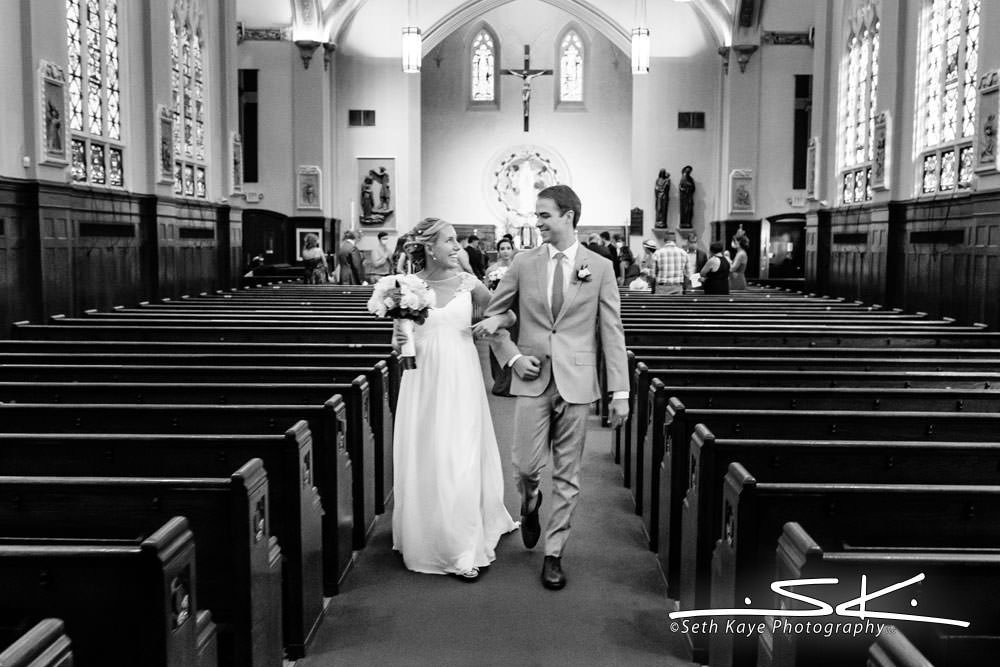 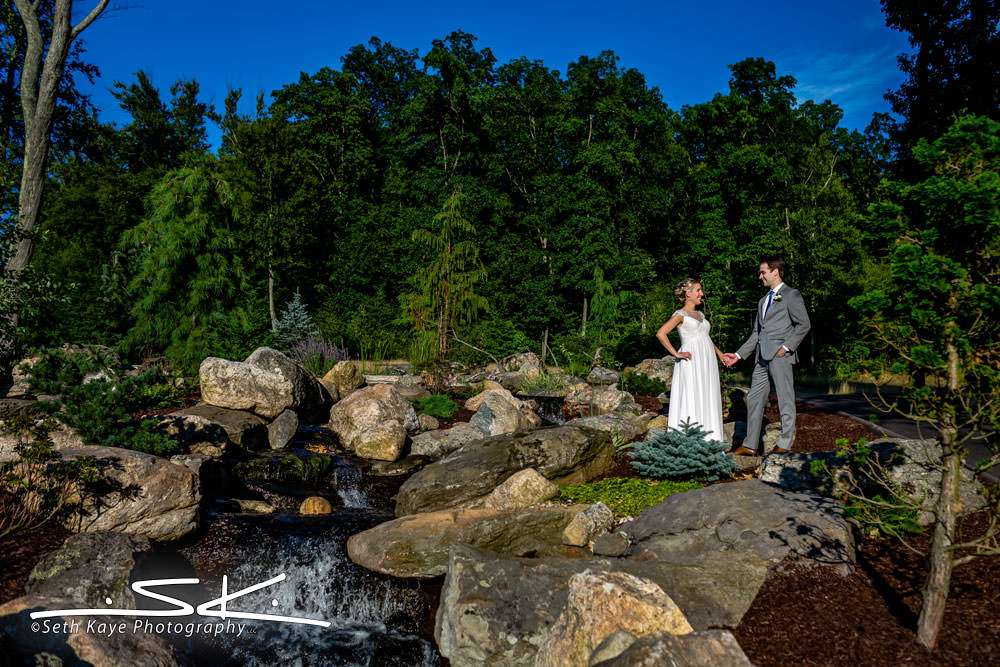 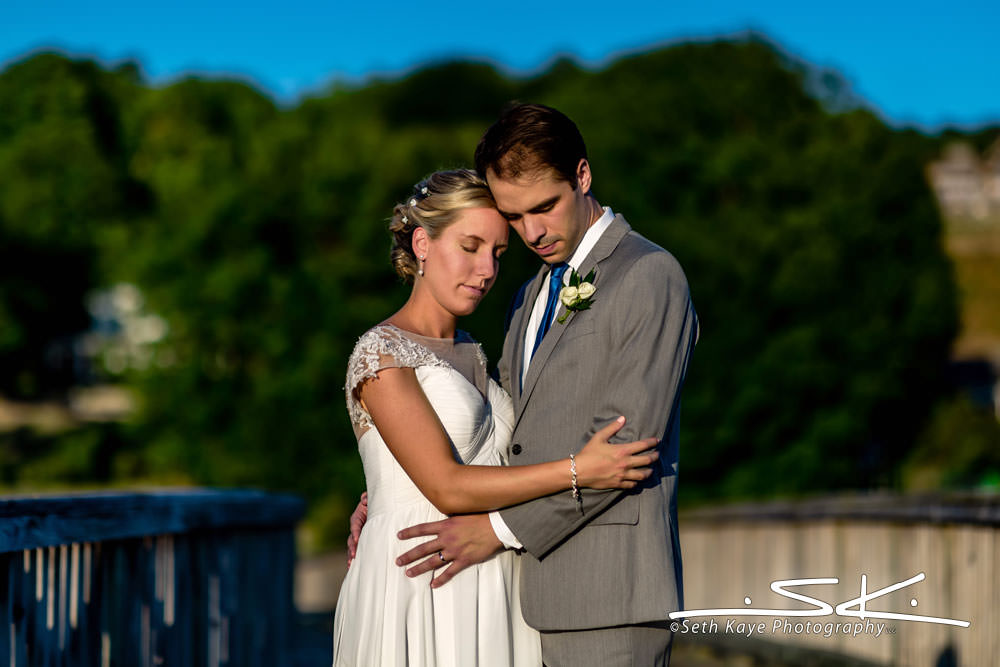 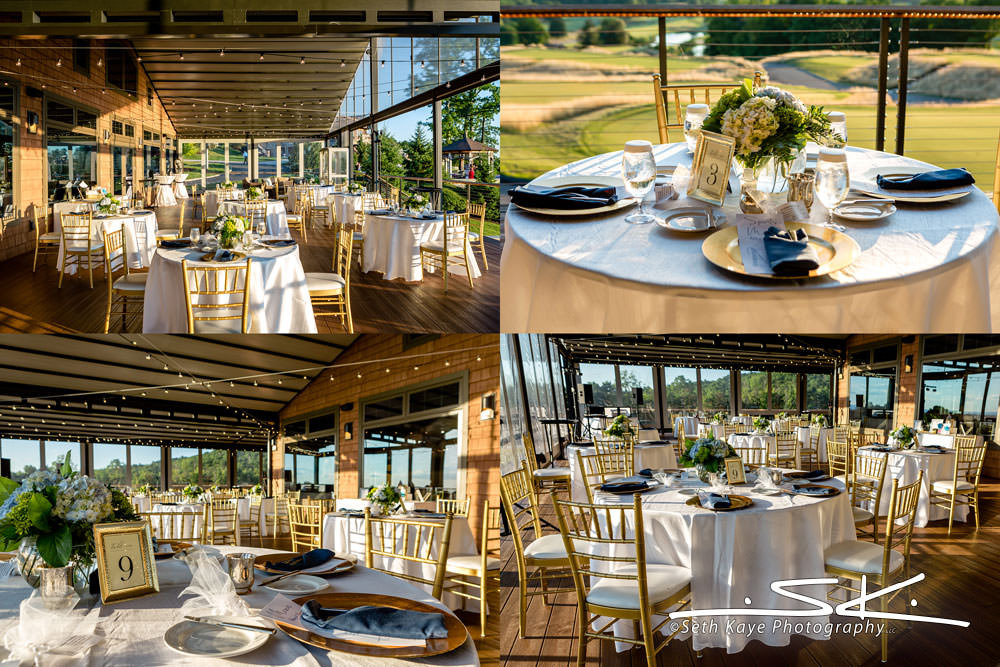 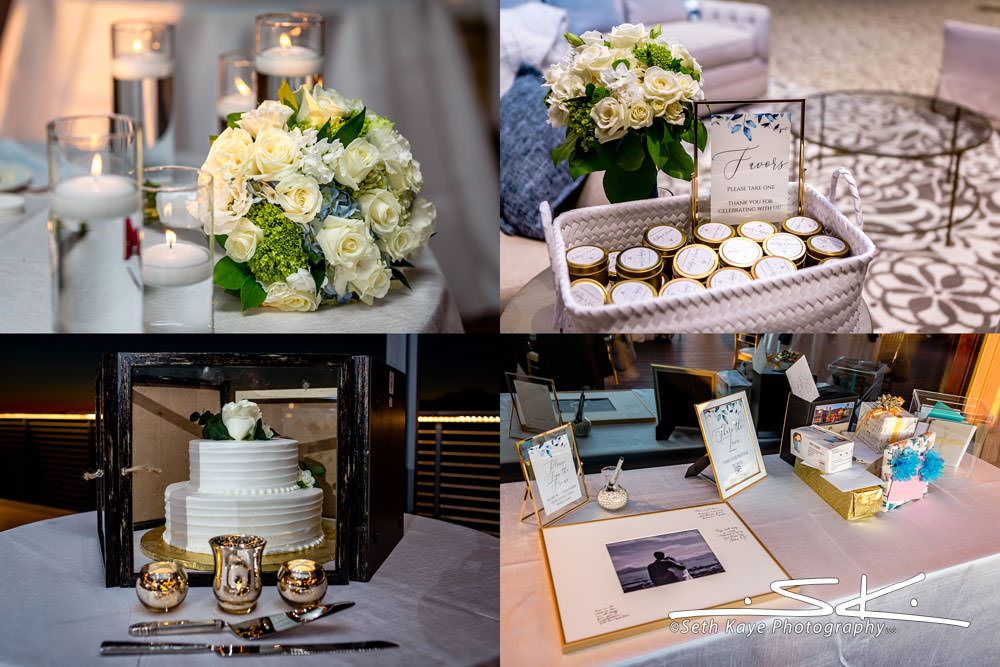 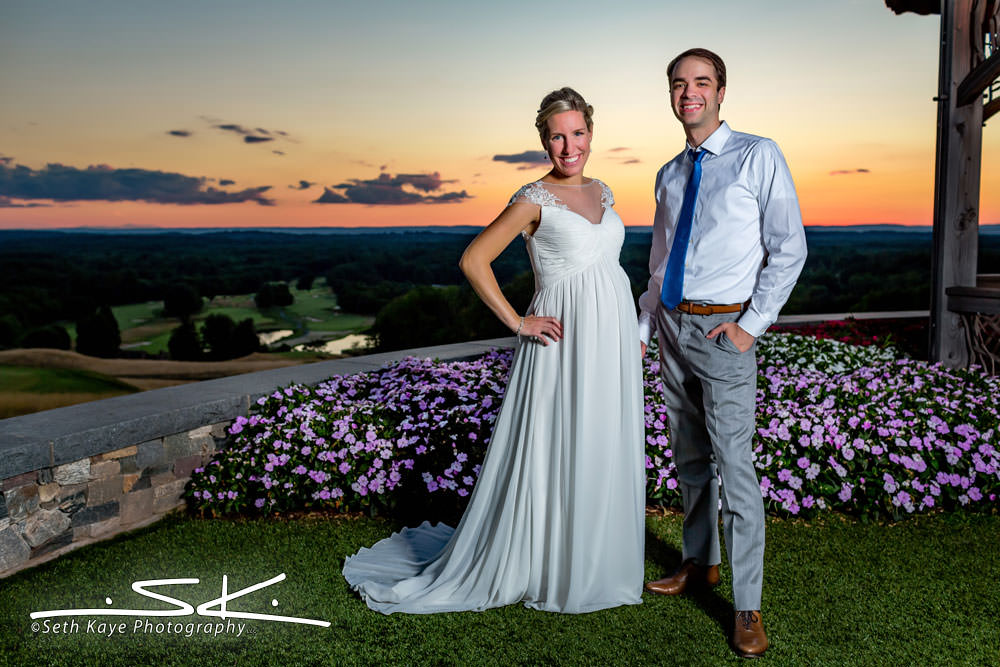 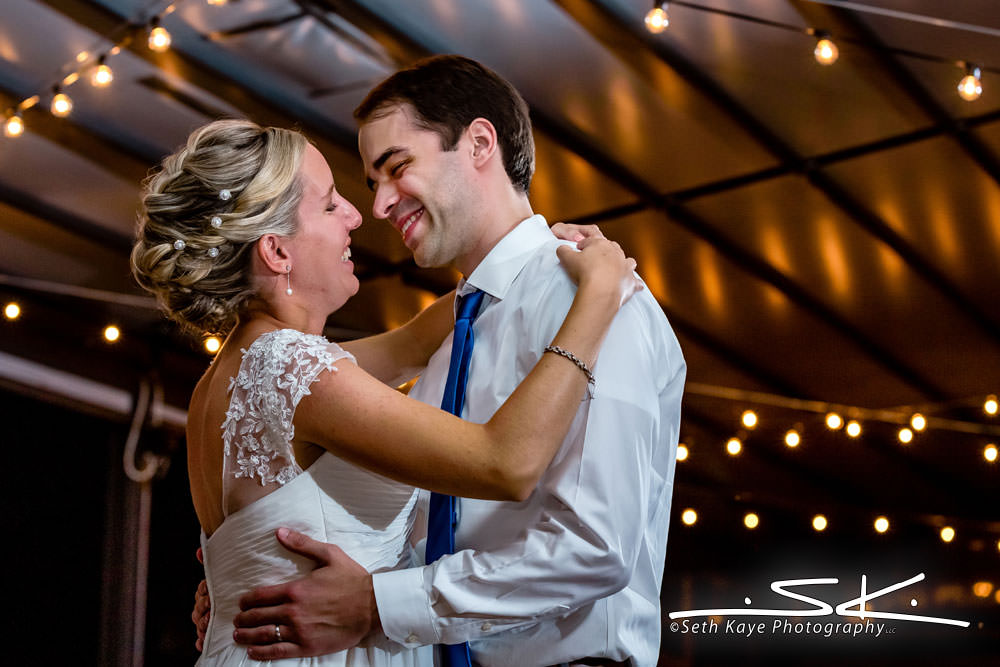 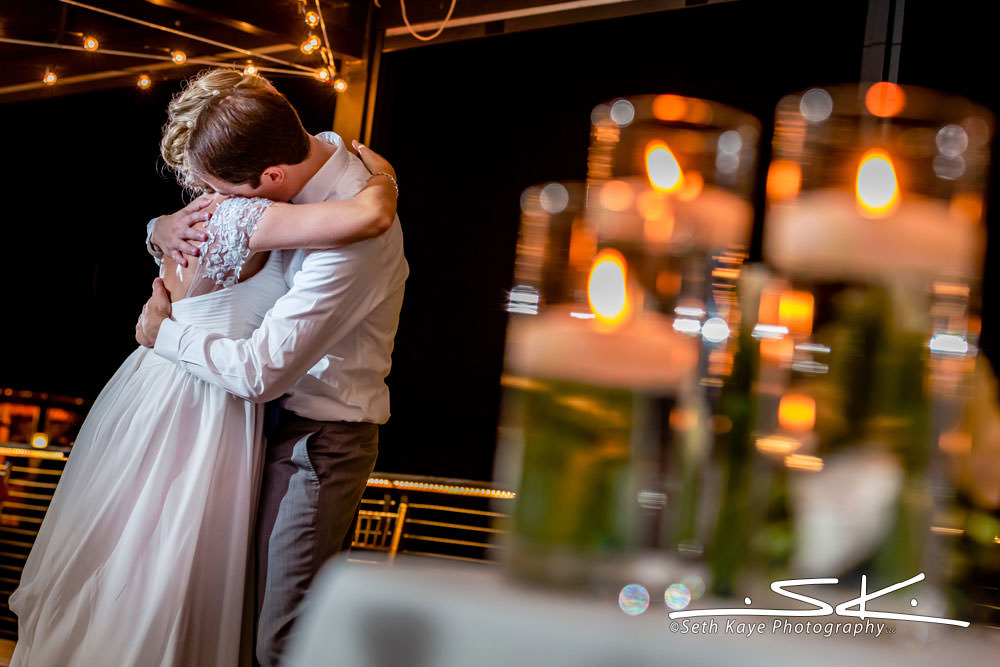 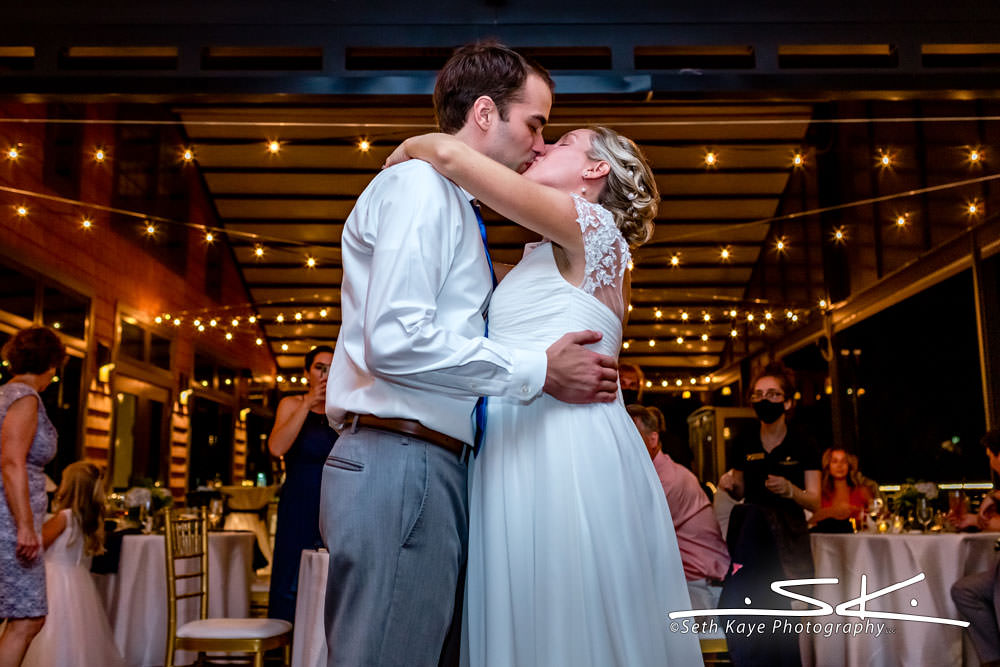 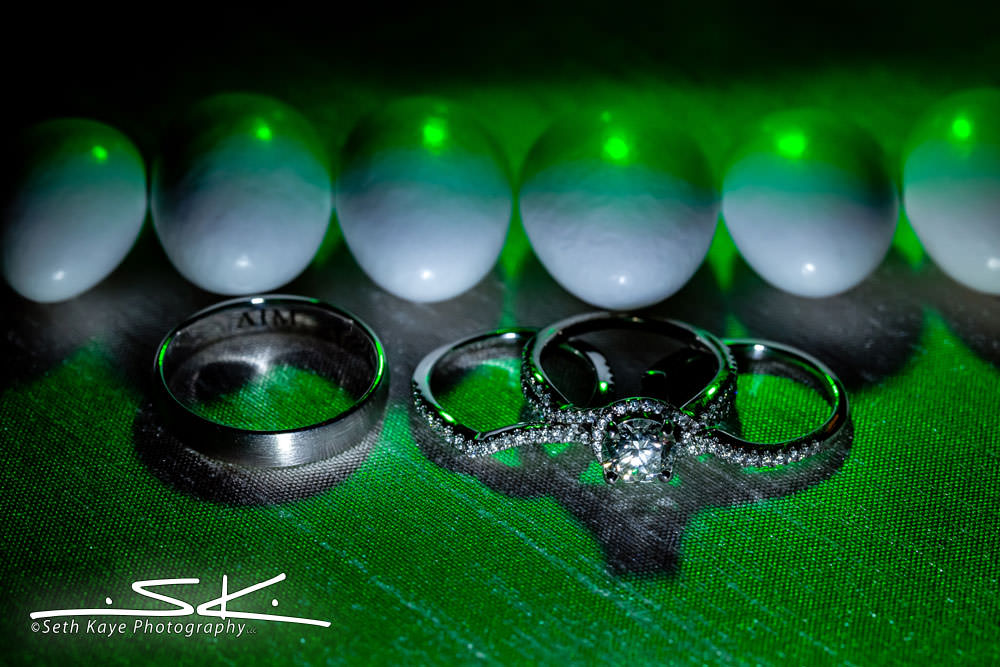