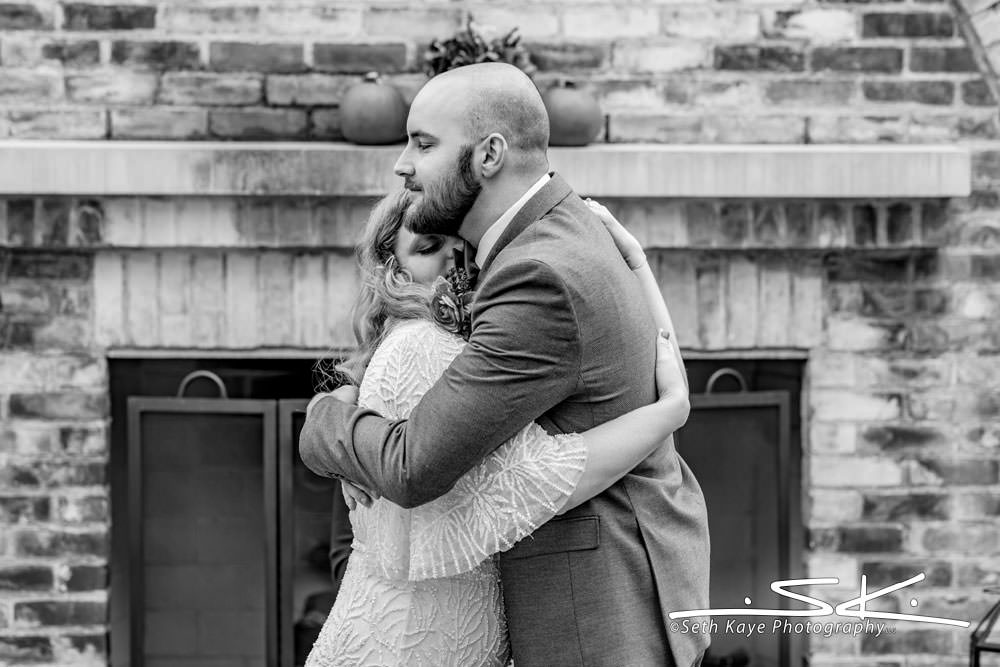 Sarah + Mike met while they were in college, though they went to different schools. They were introduced because he was her cousin’s roommate. Several years later they got married at the Inn on Boltwood in Amherst. It was a small gathering at the Inn, and their ceremony was on the venue’s upper deck. In memory of Mike’s grandmother whose nickname was “Bubbles”, they both blew soap bubbles as part of the ceremony.

Afterward we did a series of family portraits in front of the fireplace, and because it was a small gathering it went pretty quickly.

Everything then moved into the side greenhouse room at 30 Boltwood where there were a couple of toasts, and Sarah + Mike shared a first dance. He also danced with his mother and she with her father, and then the gathered family had a nice celebratory dinner. 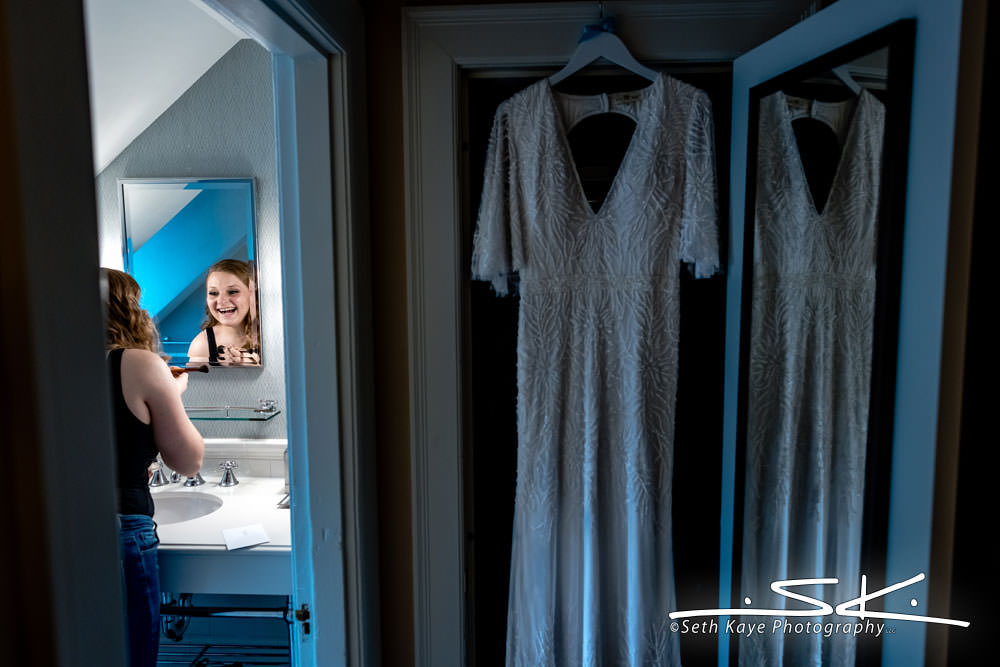 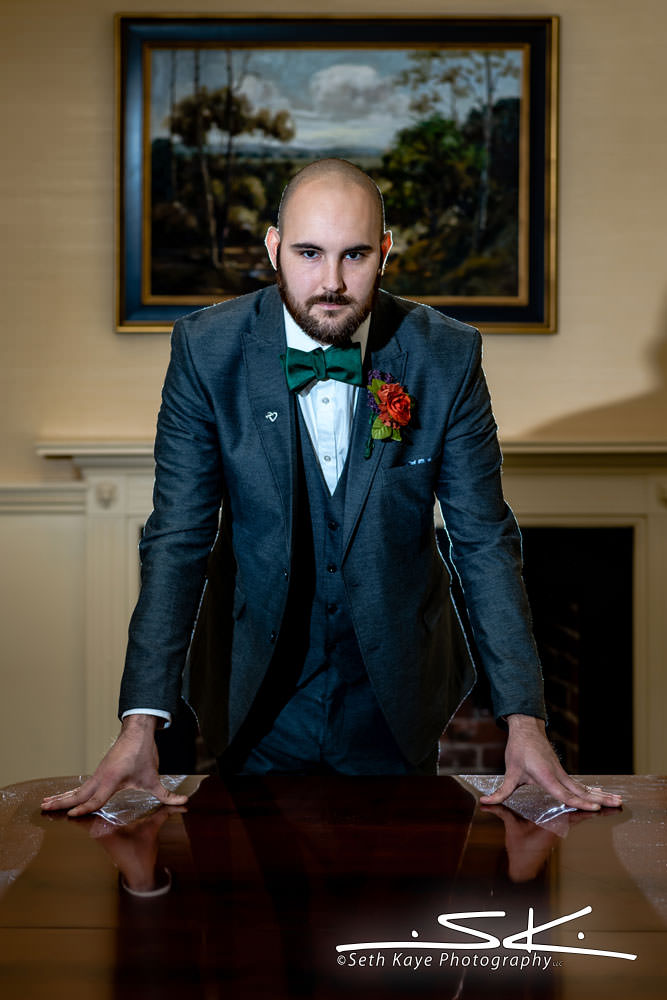 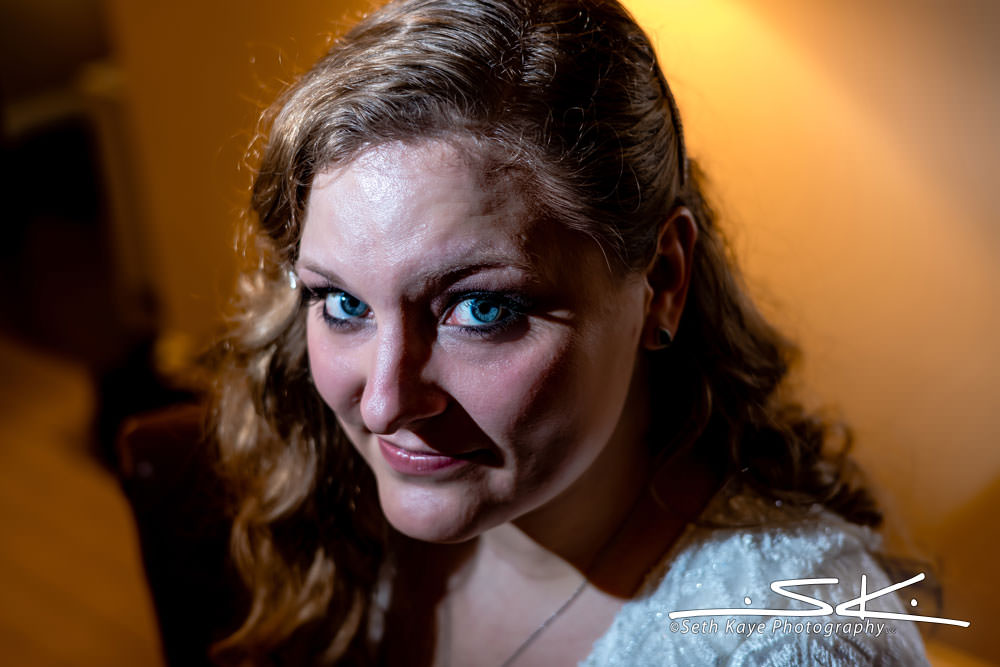 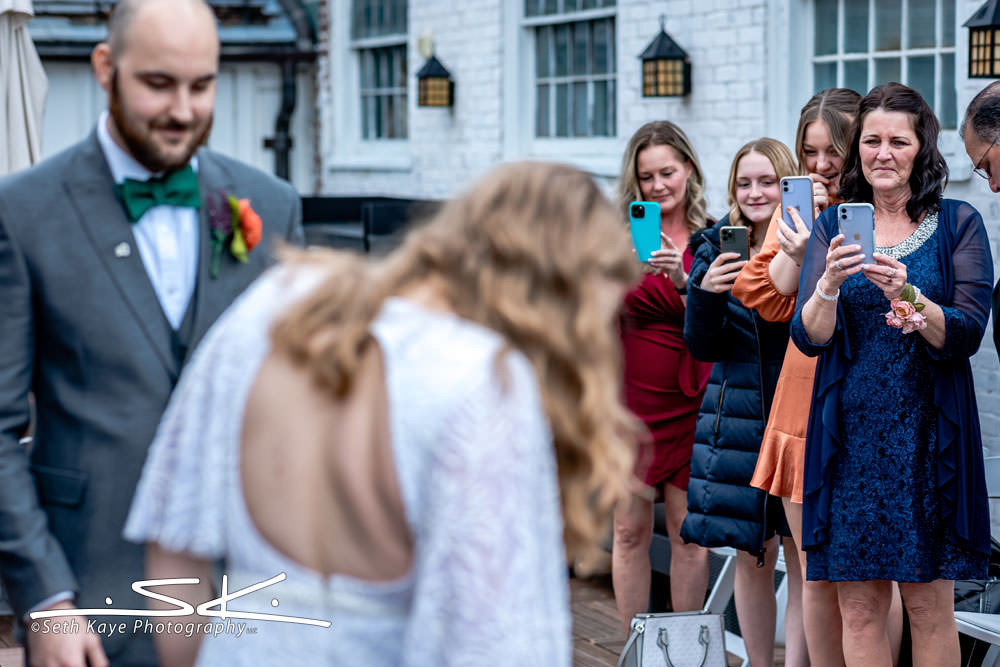 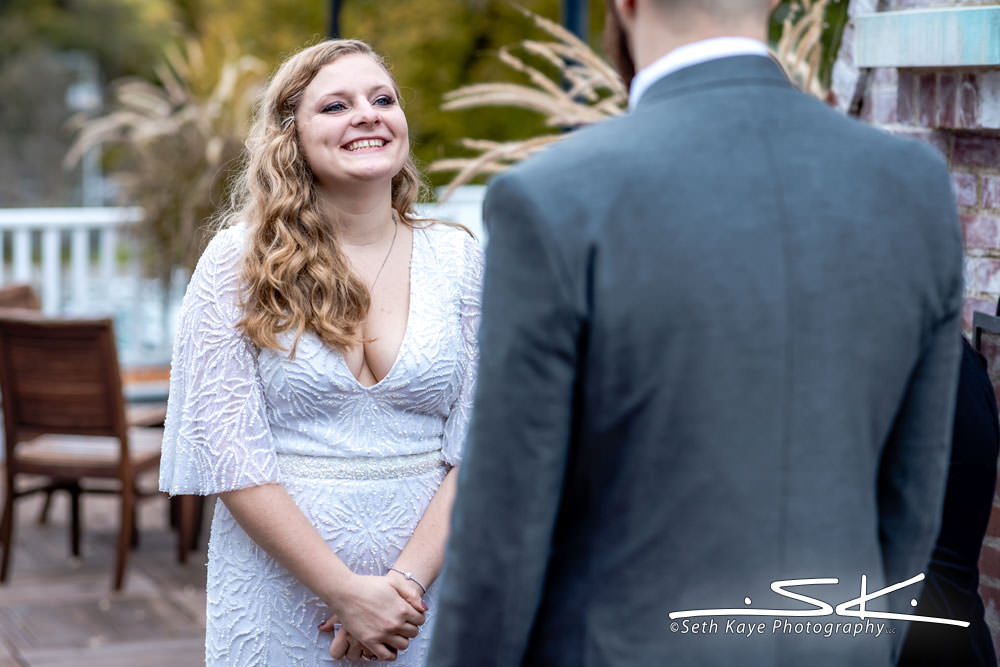 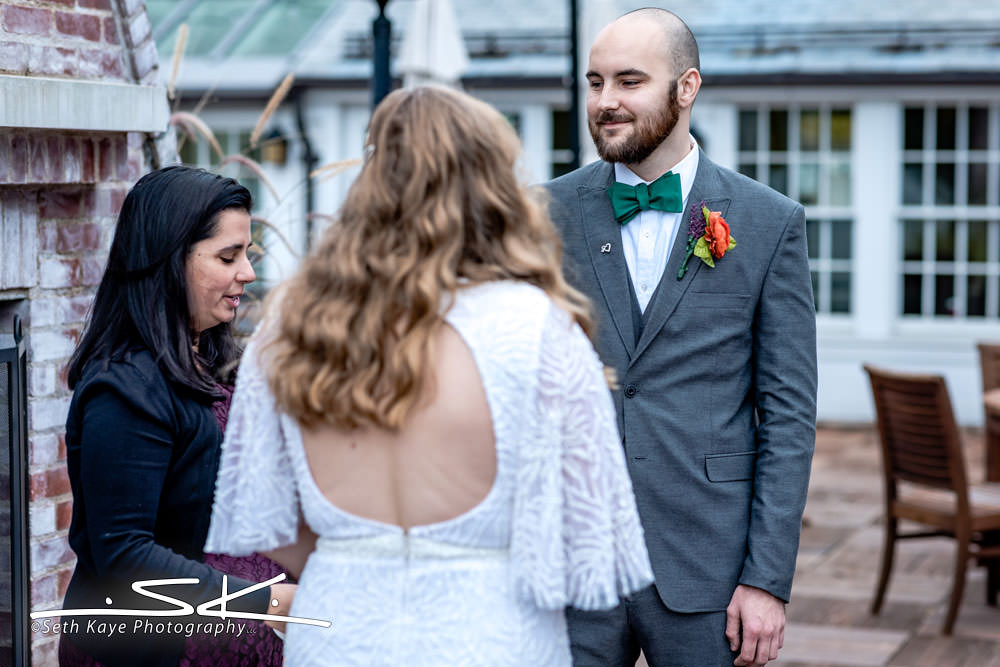 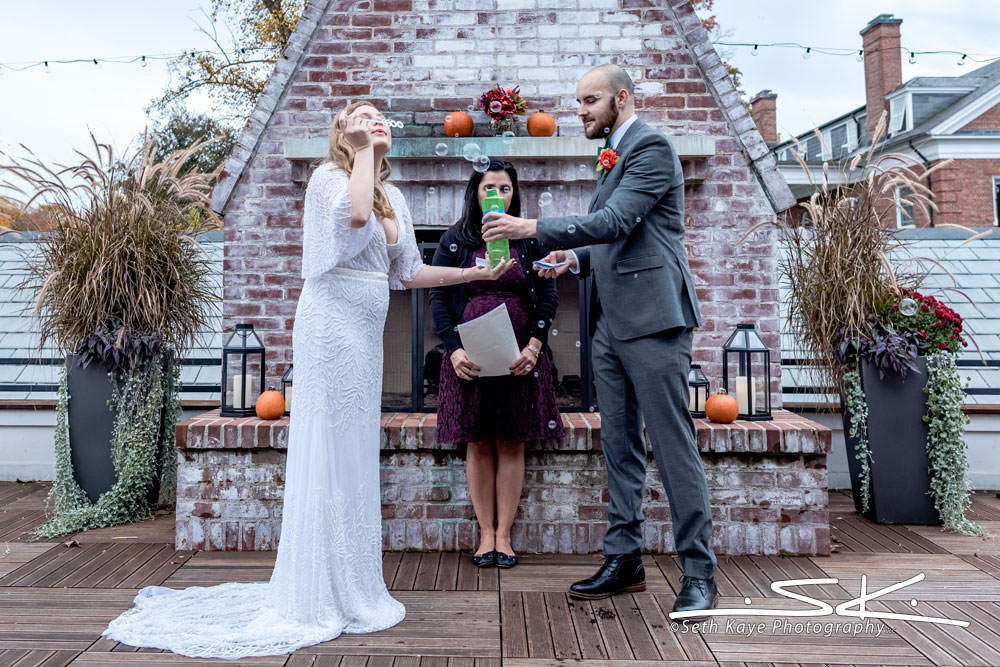 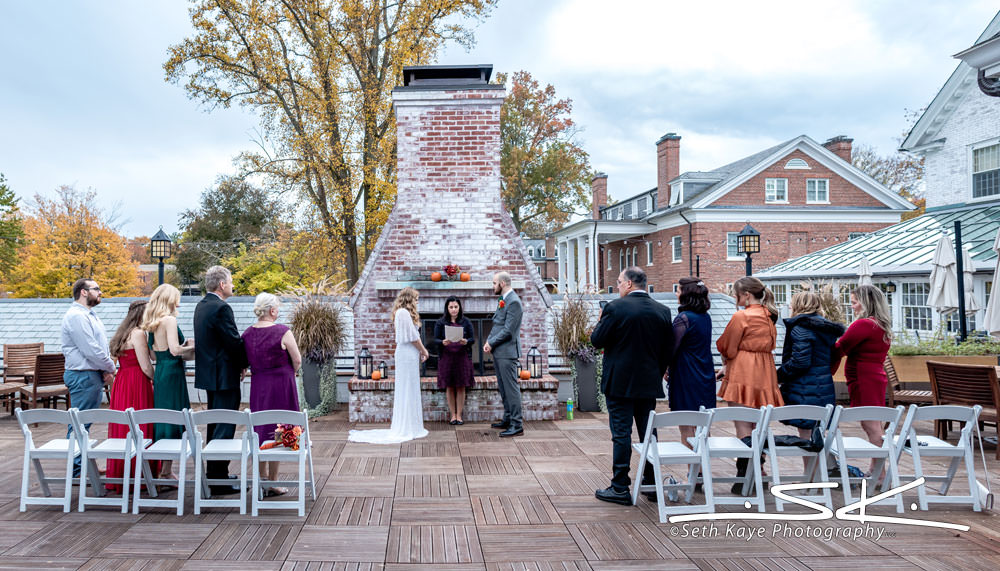 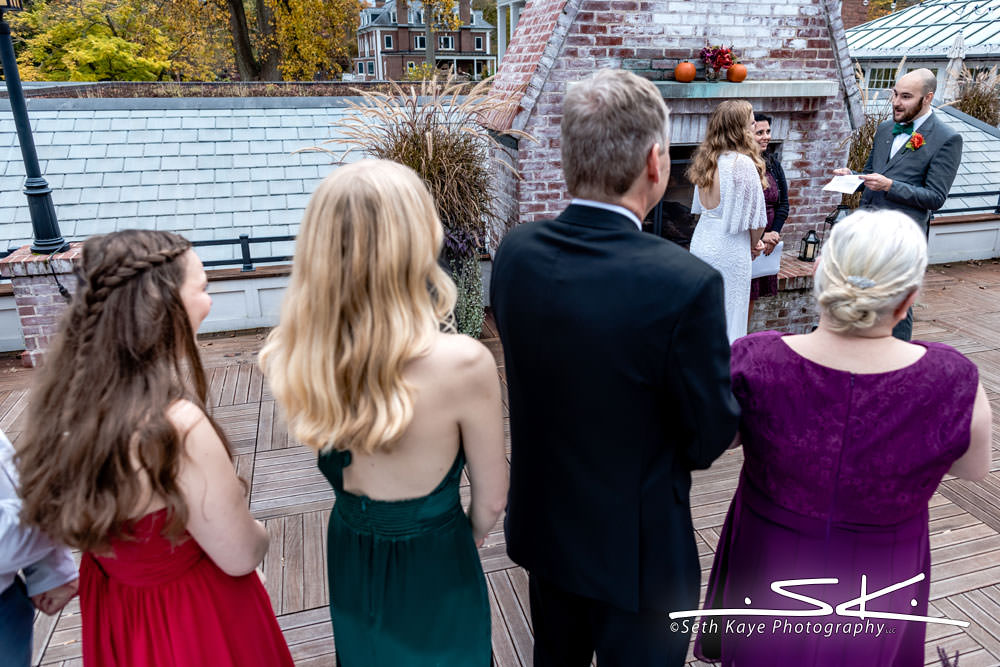 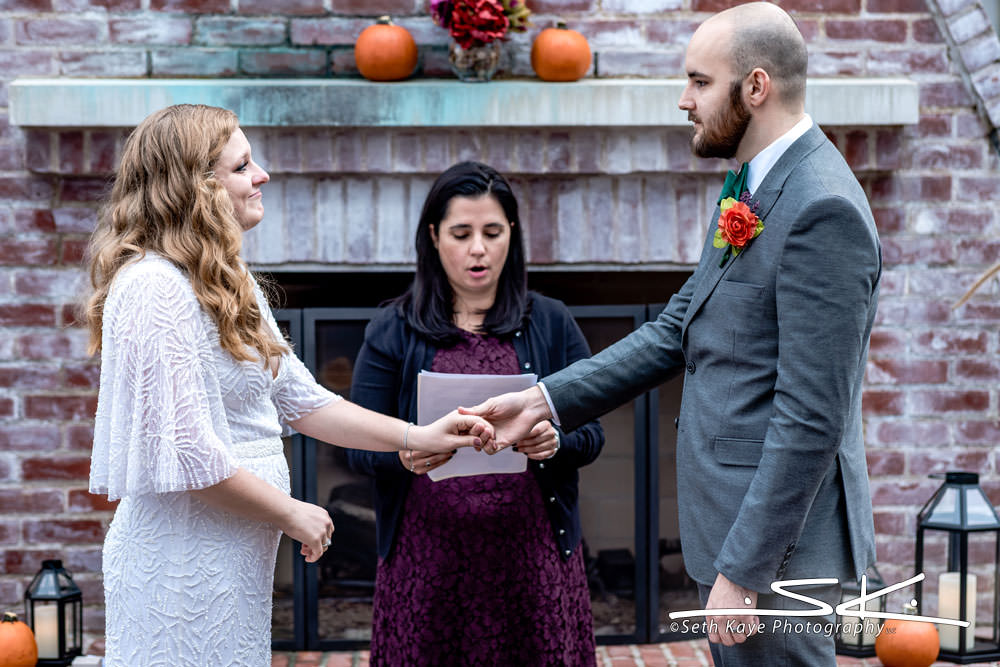 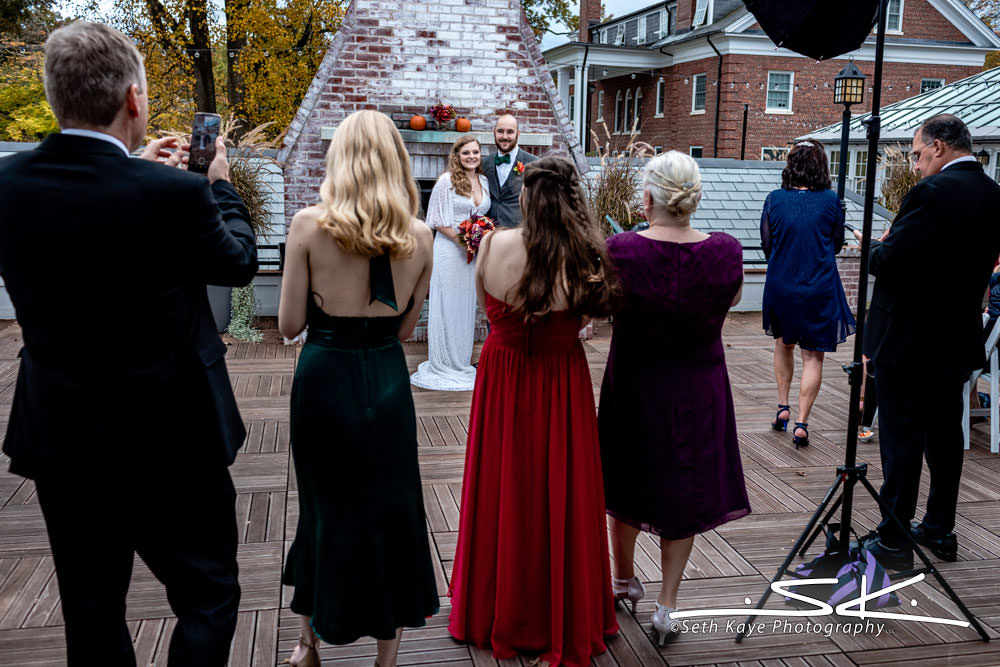 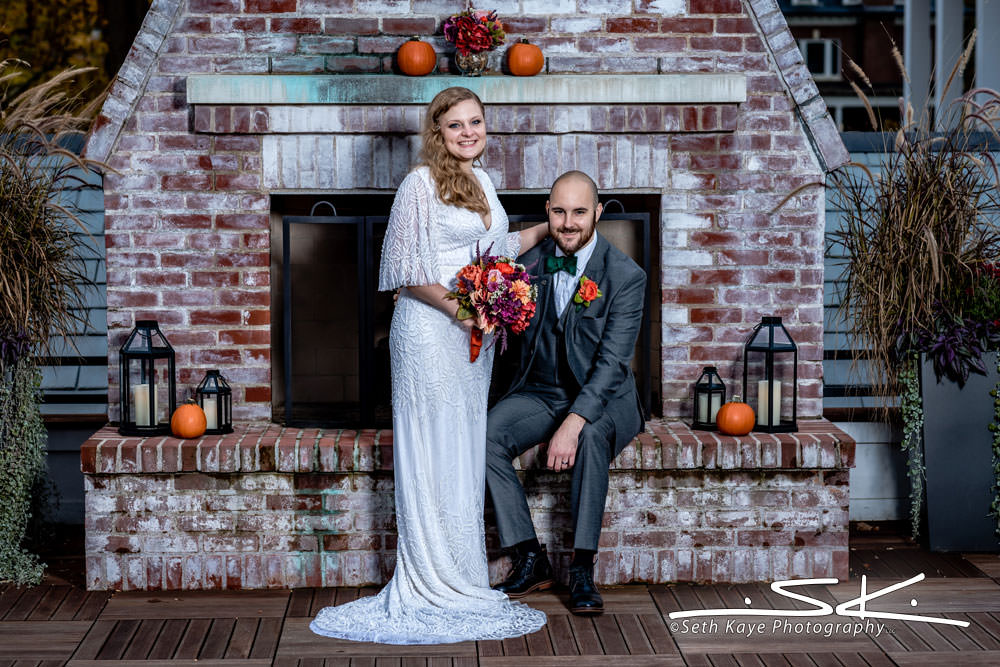 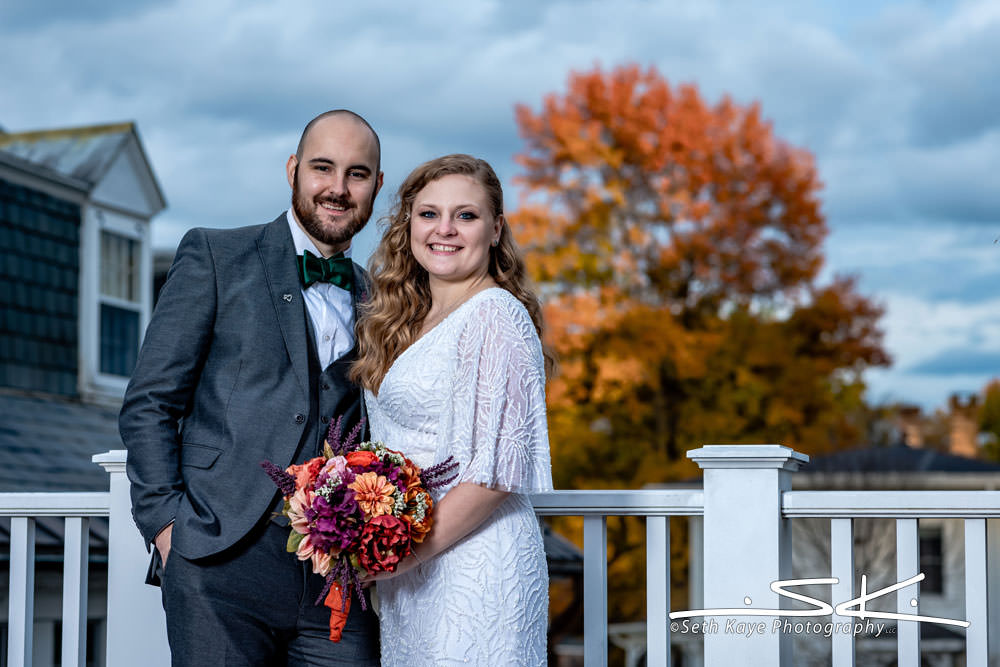 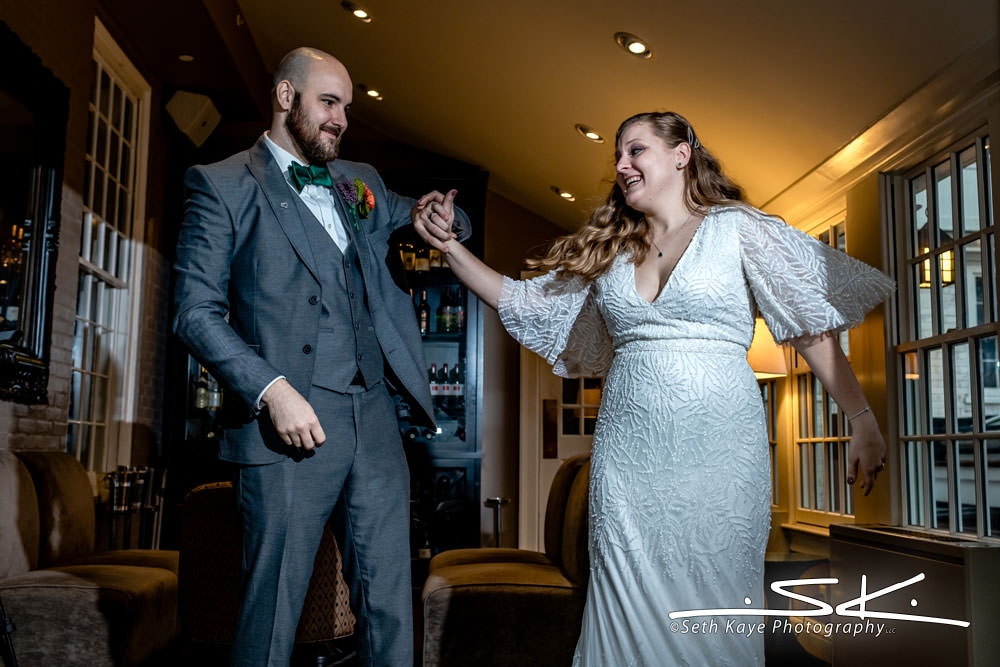